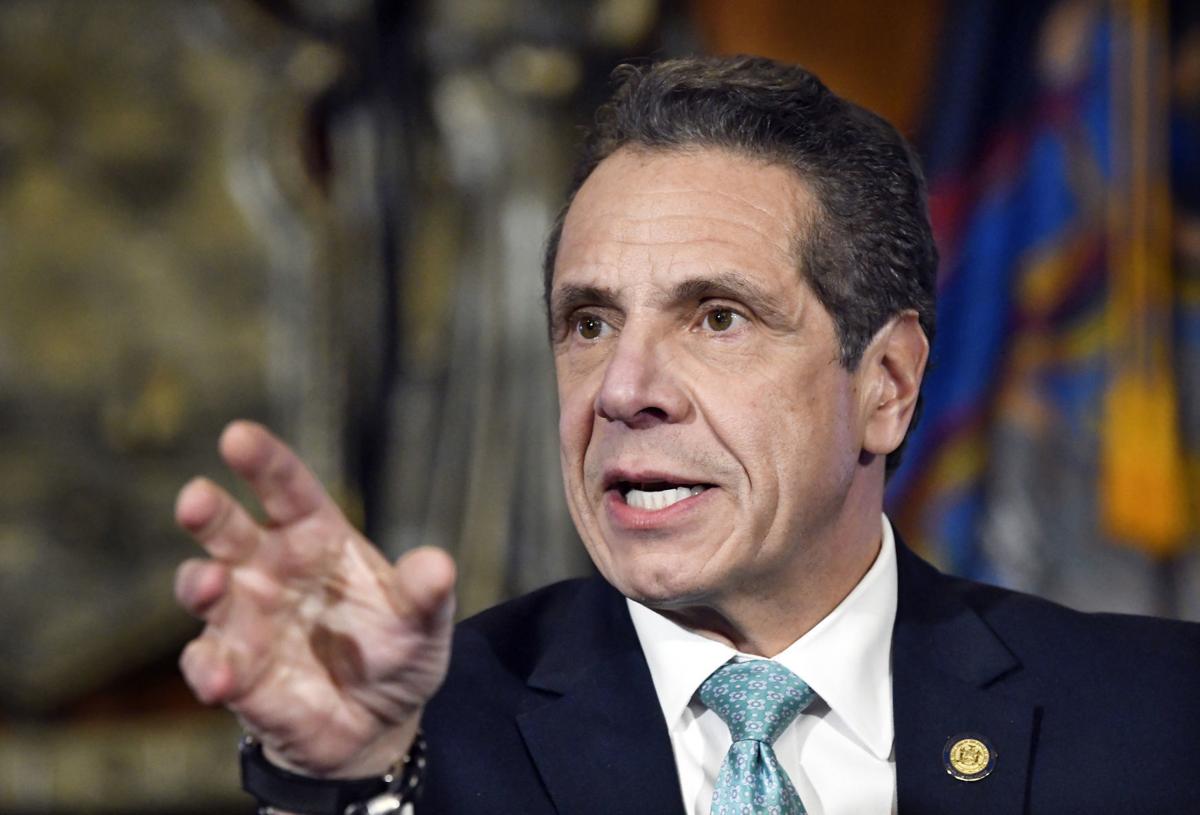 Gov. Andrew Cuomo is shown during a news conference in February. The state is going to be grappling with a $6 billion budget deficit, largely due to Medicaid spending, which will crimp efforts by education advocates that seek a $2 billion increase in school aid. 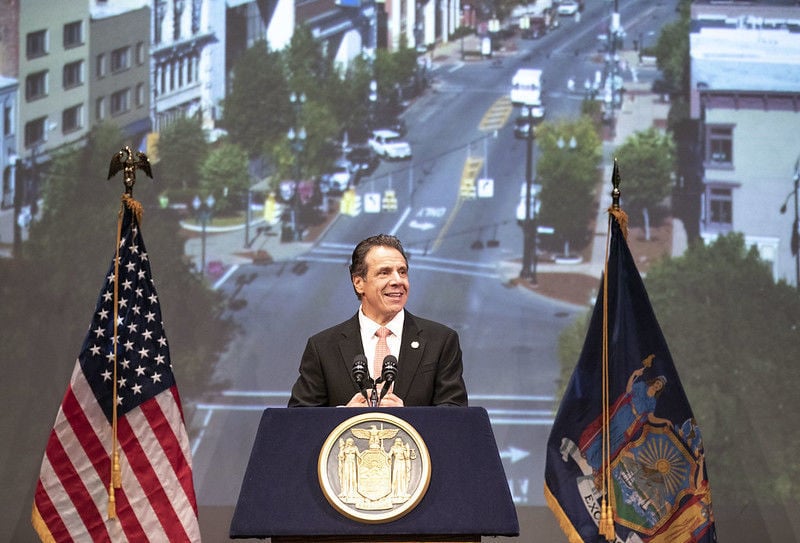 Gov. Andrew M. Cuomo delivers remarks Tuesday during a Downtown Revitalization Initiative event in Schenectady. The city was chosen in the fourth round of funding.

If there is one thing we might all agree upon in this holiday impeachment season, it’s that Gov. Andrew Cuomo has bungled the state budget.

Halfway through the year, the state is predicting a $6.1 billion shortfall.

But what you really need to understand is that this is not due to an economic downturn or reduction in revenues. In fact, state revenues are $428 million above what was projected in the first quarter.

The problem is the rising cost of Medicaid, and according to the Empire Center, everything the governor has done to address Medicaid costs over the past few years has made things worse.

Approximately a third of New York residents receive some form of Medicaid. It provides health care to eligible low-income adults, children, pregnant woman, those with disabilities and elderly adults, many whom live around here.

Glens Falls Hospital has pointed to the prevalence of Medicaid patients who use its services, meaning the hospital can ill-afford to have reductions in payments.

What bothers us is Gov. Cuomo’s failure to act on the Medicaid problem.

We voiced our concern back in the spring when Gov. Cuomo rolled over $1.7 billion in Medicaid payments into the next fiscal year – without telling anyone – to delay addressing the problem at all.

That is part of why the state is in this fix now.

The Medicaid problem has ballooned from the $1.7 billion in the spring to $4 billion for the fiscal year, which runs through March 31.

The problem was revealed when the state released its Mid-Year Financial Plan Update last month. It is probably telling that the report came out 23 days late.

The Empire Center’s Bill Hammond took a deep dive into the numbers and found that just about any cost having to do with Medicaid has proven far higher than the state originally projected.

Hiking the minimum wage has proven far costlier than the state expected, even though the state was warned. New York Comptroller Thomas DiNapoli said in 2016 that the wage hikes could have a $100 million impact on the state.

Hammond figured with the state’s 80,000 health care workers getting raises from $10 an hour to $15 an hour over the next few years, the impact on taxpayers could eventually reach $800 million. The number this year is 28 percent higher than was projected in the budget, and is expected to rise further as minimum wage raises go up.

Initially, Gov. Cuomo was able to cap Medicaid payments, but over the years, his administration has allowed loopholes, and payments have grown.

According to the Empire Center, Gov. Cuomo granted a rate hike to hospitals and nursing homes just before Election Day that was worth hundreds of millions of dollars to some of his top political allies and contributors.

While Gov. Cuomo has now acknowledged the problem, he has been slow to implement any cost-cutting measures. That has allowed the red ink to continue. In the mid-year report, state officials said they would delay another $2.2 billion in payments and find $1.8 billion in cuts.

But no one knows what the cuts will be.

Or when they will happen.

This comes at a time when education leaders are seeking a $2 billion increase in aid as well.

And nobody likes to say no to schools.

Living up to their tax-and-spend reputation, Democratic leaders in the Legislature seem more inclined to boost “revenues” – they mean raise taxes – than to make any cuts. And with the Democrats now controlling the Senate, a check on higher taxes seems less likely.

Newspaper reports indicate a new three-bracket tax system might be proposed to raise the taxes on New York’s wealthiest.

We suspect that makes everyone nervous.

We’d prefer if the administration took a hard look at spending in all departments, but especially with Medicaid. Gov. Cuomo has to backtrack and return to past policies on Medicare to limit its cost per person growth.

That’s where the problem is.

Unfortunately, we know how this will go.

We will hear a lot of talk about the budget problems during the spring, then in late March a budget will be passed in the middle of the night, with New Yorkers like us locally paying a plethora of higher fees to help raise money and somebody paying more in taxes.

We want to remind Gov. Cuomo and the Legislature that New York is already one of the highest-taxed states.

We should watch closely in January to see what fixes Gov. Cuomo proposes.

EDITORIAL: President should exonerate himself, if he can

Congressional oversight has a long history of making our country a better place to live. We should understand that when reviewing the imipeachment inquiry. What is most troubling is that the president has not provided any defense for his actions. If he is innocent, he should let staff members testify and provide evidence so the country does not go through a traumatic impeachment trial.

EDITORIAL: Being thankful is about more than a big dinner

Our View: It’s good to be thankful, but we should also remember those less fortunate.

It is unconscionable that good common sense legislation that will save regular people money on their prescriptions is not being voted on in the Senate.

The House of Representatives vote to impeach President Donald Trump was the the right decision considering the factual evidence of his misdeeds.

The latest round of protests on darkened, snowy streets in downtown Glens Falls indicates they are more dangerous than ever.

EDITORIAL: Post-Star's top stories show there is room for improvement

As The Post-Star staff ranked its most significant stories of the year, it was clear that there was much that could be learned from those stories.

Rep. Elise Stefanik's recent vote against raising the property tax deductions for taxpayers is the opposite of her previous stands on the issue.

Gov. Andrew Cuomo is shown during a news conference in February. The state is going to be grappling with a $6 billion budget deficit, largely due to Medicaid spending, which will crimp efforts by education advocates that seek a $2 billion increase in school aid.

Gov. Andrew M. Cuomo delivers remarks Tuesday during a Downtown Revitalization Initiative event in Schenectady. The city was chosen in the fourth round of funding.