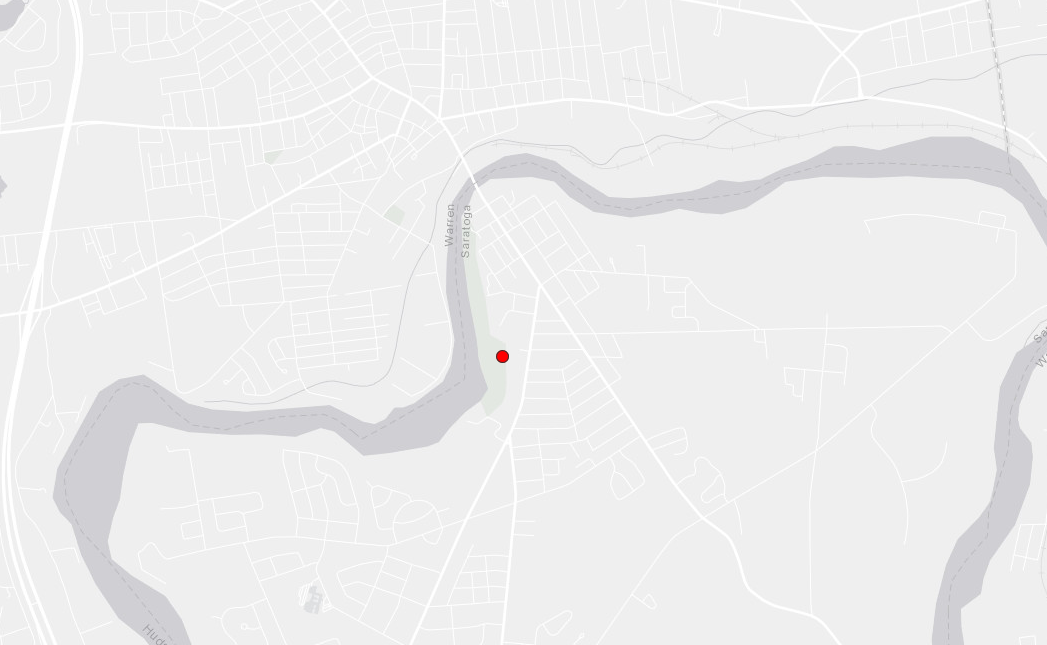 The red dot from a U.S. Geological Survey map shows where Wednesday morning's earthquake was centered near South Glens Falls.The Hudson River is just to the left of the dot. 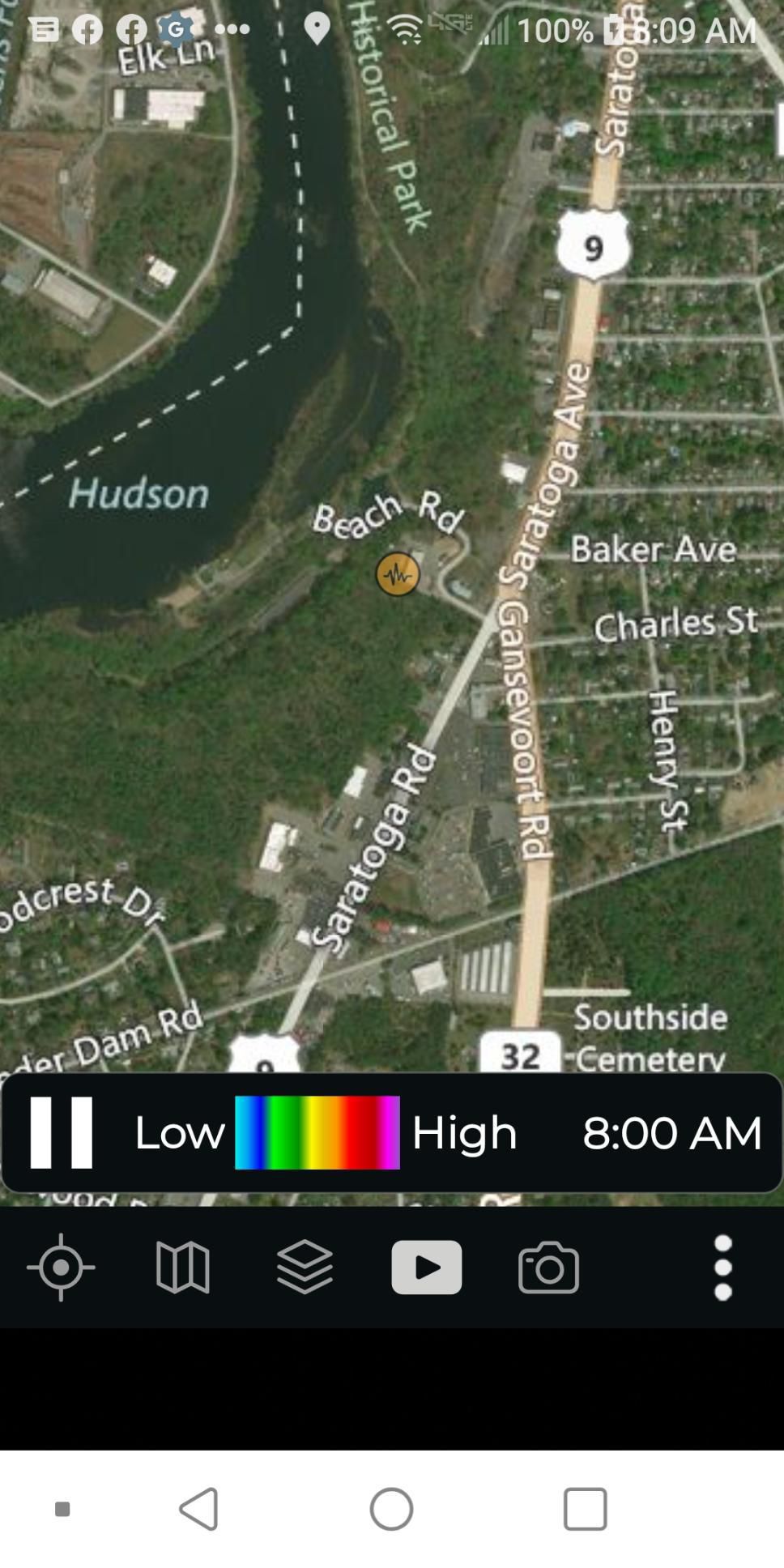 This seismic map from myradar.com shows the Wednesday morning earthquake seemed to be centered near Beach Road in South Glens Falls.

Residents around the region, from Ticonderoga to Granville, Clifton Park to Cambridge, reported feeling the temblor, which was strong enough to shake homes in the Glens Falls region. It lasted at least four or five seconds before petering out.

“It was the strongest one we remember in the 40 years we’ve lived here,” he said.

In Hartford, resident Scott White sent out an email to his neighbors to ask if anyone saw an explosion. He quickly learned it was an earthquake.

He wrote he “felt one of the most distinctive sub-level grumbles leading up to a house-lifting BANG, followed by a grumbling vibration & sound that led away and dissipated approximately five seconds later.”

Warrensburg resident Jim Coughlin reported his dog Gracie “went nuts” and started acting strangely, whining and putting her paws on him, seconds before the shaking could be felt.

“At first I thought it was a log truck that went ripping by,” he said. “Then I got an alert from my weather app that it was an earthquake.”

Warren and Washington counties emergency services dispatchers received dozens of calls from residents wondering what had happened, but there were no reports of any damage.

“Our phones are ringing off the hook,” said a Washington County dispatcher.

Glens Falls firefighters had gotten no reports of any quake-related damage as of 7 a.m.

The region has not been immune from earthquakes, as there are a number of ground faults in upstate New York and southern Canada. One 2.7 magnitude quake was centered near Lake George on Aug. 25, 2013.

The biggest quake in the Glens Falls region over the past 35 years was documented in Thurman on Oct. 23, 1984, when a temblor of 3.4 magnitude occurred.

The last 2.5 magnitude or greater earthquake in upstate New York occurred on March 21, 2018, near Malone, according to Post-Star archives.

Larger quakes around the Northeast have been periodically felt, including a 5.1 magnitude earthquake that occurred in Ontario, Canada on May 17, 2013 and a 5.8 magnitude quake in Virginia in August 2011

There are a number of fault lines in the Adirondacks and upstate New York, and more than 550 quakes have been documented around the state since the 1770s.

“Most of the earthquakes in New York have taken place in the greater New York City area, in the Adirondack Mountains region, and in the western part of the state,” according to the USGS website.

A minor earthquake was reported late Friday in northern Warren County, according to the US Geological Survey.

An earthquake with a magnitude of 3.3 on the Richter scale sent a few shock waves throughout the North Country Monday morning.

The red dot from a U.S. Geological Survey map shows where Wednesday morning's earthquake was centered near South Glens Falls.The Hudson River is just to the left of the dot.

This seismic map from myradar.com shows the Wednesday morning earthquake seemed to be centered near Beach Road in South Glens Falls.