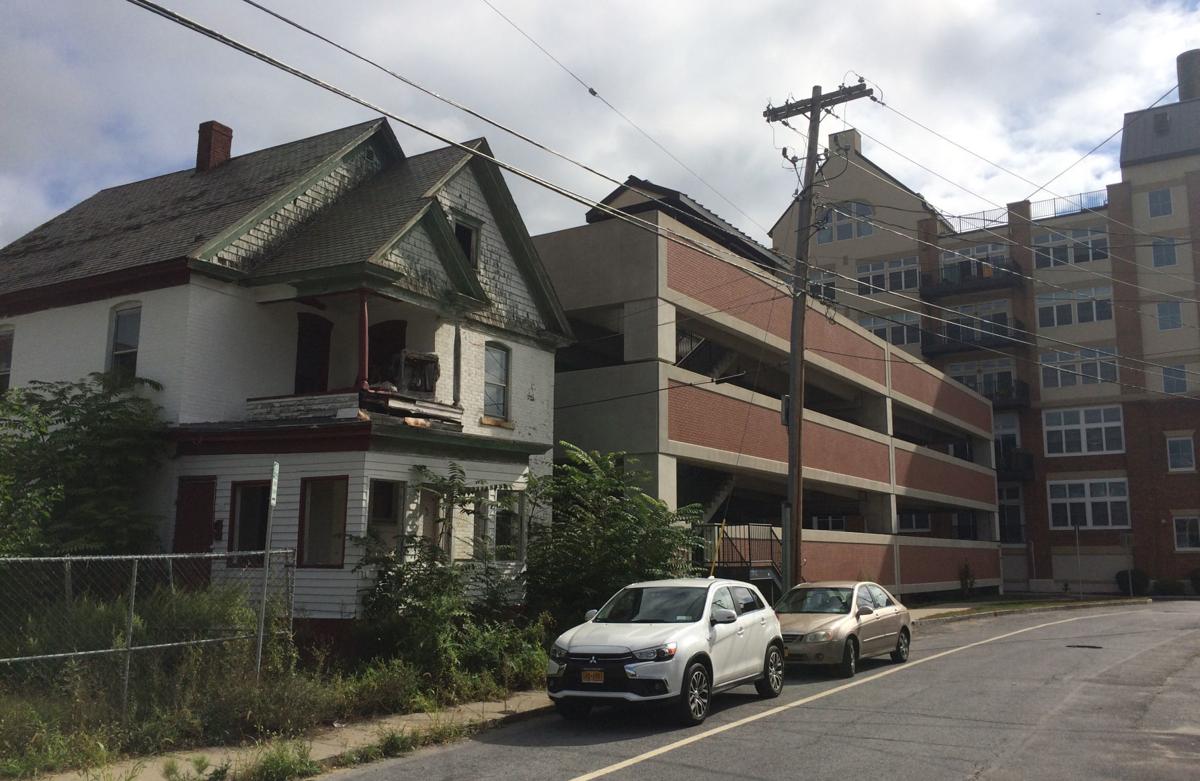 A dilapidated house at 17 School St., Glens Falls, will be demolished for a pocket park as part of $2 million worth of infrastructure improvements including drainage, sidewalks and ornamental lighting in the area of the city around Elm, Exchange and School streets. 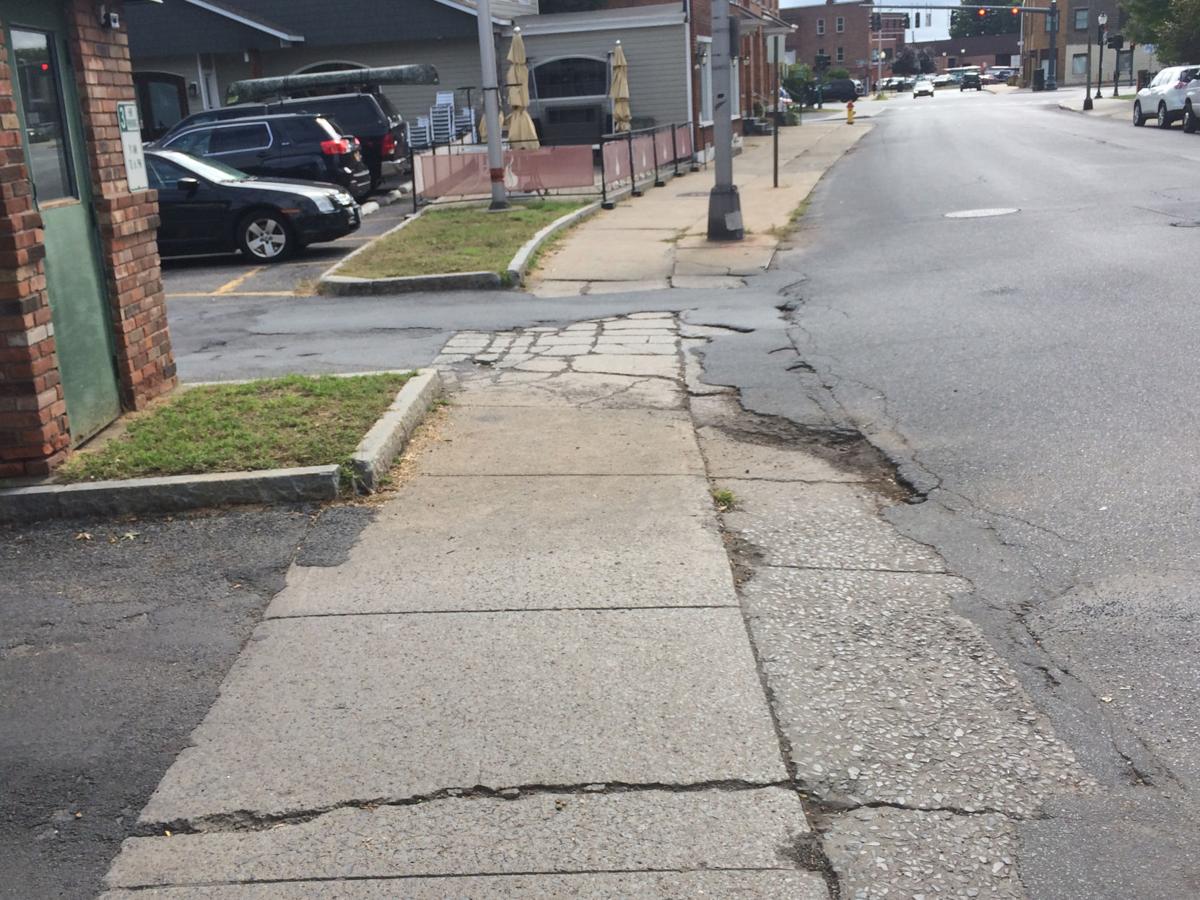 Seen here are some uneven sidewalks on Elm Street. New sidewalks and decorative lighting will be installed in this section of Glens Falls as part of $2 million in infrastructure improvements.

The Common Council last week authorized Mayor Dan Hall to negotiate a contract with the Albany-based firm to design the project.

The city is going to be sprucing up streets around South Street including Park, School, Elm and Exchange streets. The upgrades include landscaping, new water and sewer improvements to improve drainage issues along the street, street paving and resurfacing and possibly burying some utilities if feasible from a cost standpoint.

“The result will enhance accessibility for pedestrians and cyclists, boost safety, undertake beautification efforts in improving the appearance and vibrancy within downtown commerce district and downtown living areas along with moving forward in the development of sustainability goals in the DRI district,” according to the city’s description of the project.

There will also be new sidewalks to improve the connection of Hudson Avenue to South and Broad streets.

Another aspect of the project includes designing a pocket park on School Street, which will occupy the site of a dilapidated house and will also help improve drainage in that section of the city.

The pocket park would contain benches, benches and some type of art, according to Creighton Manning’s submitted proposal. In addition, the pocket park will contain a rain garden to help the city’s efforts to reduce storm water runoff and combined sewer overflows.

Because of the older infrastructure in Glens Falls, stormwater and sewer flow through some of the same pipes. During heavy rains, the system overflows and some untreated sewage is bypassed by the plant and mixed with treated effluent and discharged into the Hudson River.

The cost of all the streetscape improvements is about $2 million.

Creighton Manning has experience with city projects as it designed Centennial Circle, which replaced a five-way intersection.

Creighton Manning said in its proposal that it would review the existing stormwater conditions, come up with some draft designs for green infrastructure and a design. There also would be meetings for the public to weigh in on the concept.

It is about an eight-month timetable.

As planning will be undertaken for this phase, work continues on South Street. The old OTB site at 51-57 South St., the old Juicin’ Jar at 49 South St. that was to the right of the OTB and the old Daily Double at 59-63 South St. have been demolished. Work continues to remove debris from the city.

This will clear the way for development of The Market — a 10,000-square-foot, one-story glass-and-brick building with high ceilings that will house the year round farmers’ market and other community events.

This cost of this portion of the project is about $3 million.

GLENS FALLS — The city is investing $2 million for sidewalks, a pocket park and infrastructure improvements in the area of Park, Elm and Excha…

Developer Sonny Bonacio said Thursday that he plans to bid on the project to build The Market on South Street, Glens Falls.

GLENS FALLS — With a couple of swings of an excavator, the dilapidated former OTB building, began turning into a pile of rubble — officially m…

A dilapidated house at 17 School St., Glens Falls, will be demolished for a pocket park as part of $2 million worth of infrastructure improvements including drainage, sidewalks and ornamental lighting in the area of the city around Elm, Exchange and School streets.

Seen here are some uneven sidewalks on Elm Street. New sidewalks and decorative lighting will be installed in this section of Glens Falls as part of $2 million in infrastructure improvements.