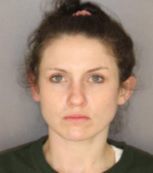 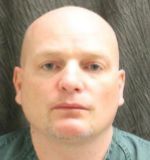 WILTON — Three Wilton residents were arrested on Wednesday after a lengthy investigation into drug trafficking within Saratoga County.

Police said that the three people were distributing cocaine throughout the area. Two of the men were arrested on Tuesday on other drug charges following a traffic stop in Rockland County.

Officers found quantities of cocaine and other drugs, packaging materials and scales at both residences, according to a news release from the Saratoga County Sheriff’s Office.

A Saratoga Springs man faces multiple charges after allegedly fleeing from police after a traffic stop.

The suspects were arraigned in Wilton Town Court. Alden was released to pretrial services and Delaurie and Jones were taken to the Saratoga County Jail. Police said additional charges are pending.

Jones and Delaurie were arrested on Tuesday by State Police after a traffic stop in Ramapo.

Delaurie, who was a passenger in the vehicle, was charged with a misdemeanor for criminal possession of a controlled substance.

Woman sentenced to 6 months in jail in bathroom recording incident

The woman who used a tiny camera to video record people using a bathroom at Great Escape was sentenced to 6 months in jail.

A Wilton man has been arrested for allegedly robbing a person sitting in a vehicle.