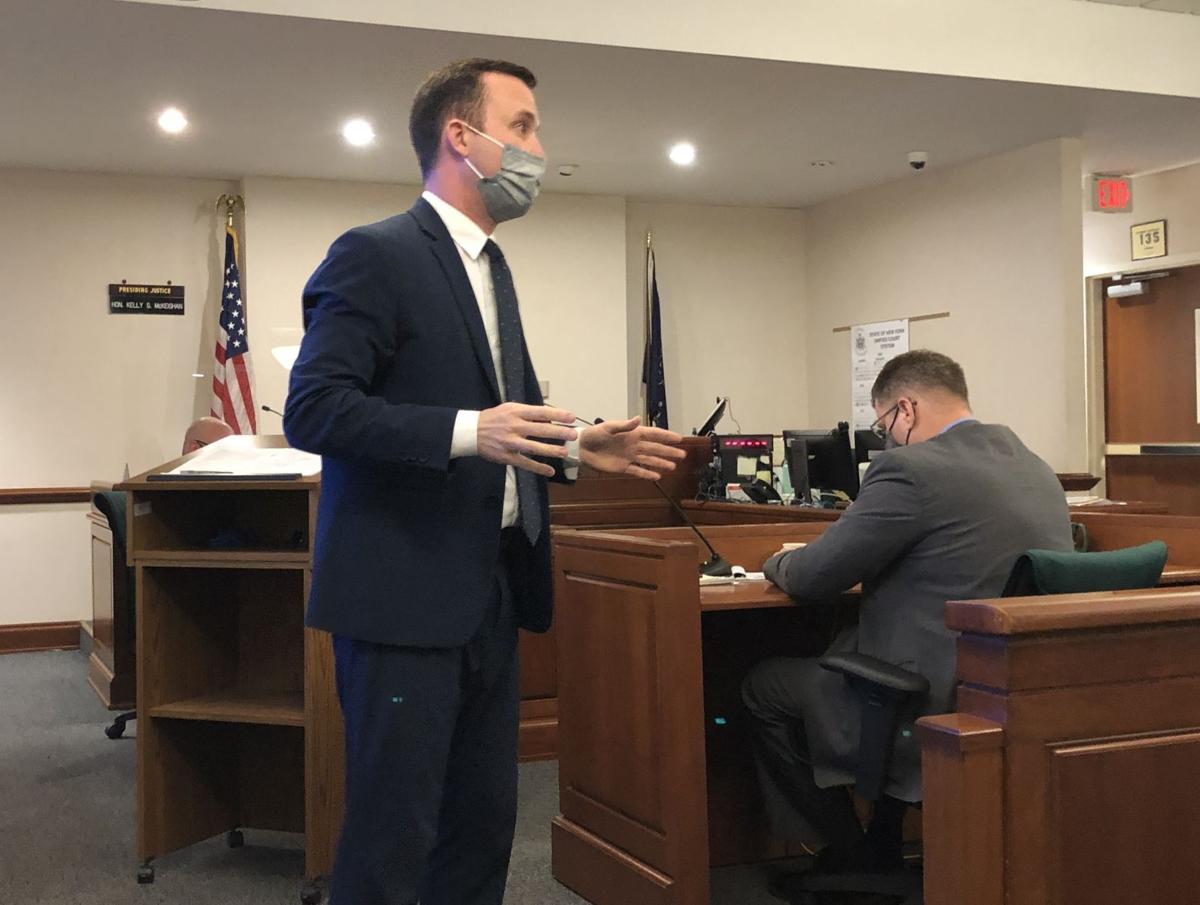 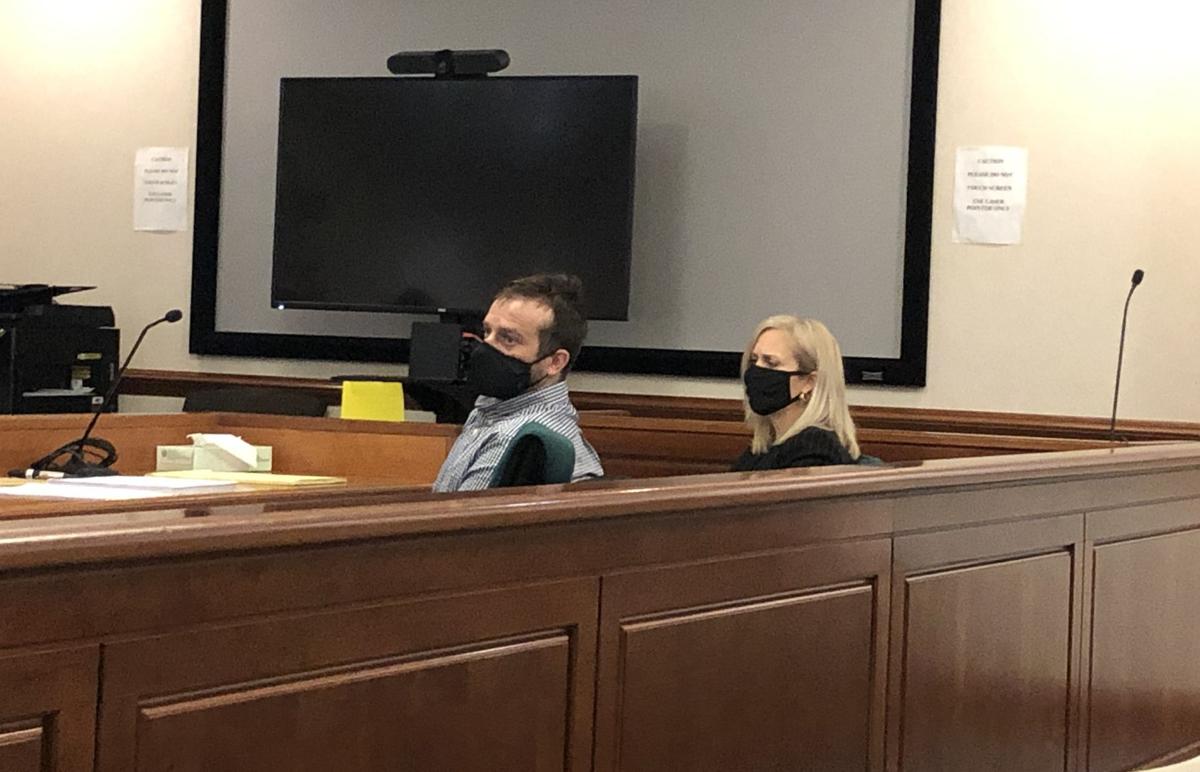 Kenneth Reed, of Whitehall, listens to closing arguments in his sexual assault trial in Washington County Court on Monday. At right is attorney Anne Bair, who is assisting in the defense. Reed is accused of having sexual intercourse with a child younger than 11.

FORT EDWARD — The case of a man accused of having sexual intercourse with a child younger than 11 is now in the hands of a jury.

Closing arguments were held Monday morning in Washington County Court in the trial of Kenneth Reed.

Police said the incident took place on May 30 and Reed was acquainted with the victim.

Defense lawyer Alaina Finan brought up several weaknesses that she saw in the prosecution’s case. She said hospital staff members who examined the child were predisposed to believe the injuries were caused by sexual assault and jumped to conclusions. That was followed up by police pursuing a “tunnel-vision” investigation, she said.

She noted that investigators did not seize any evidence from Reed’s home, such as clothing, or take fingernail scrapings. They also did not interview other people who had cared for the child the day before the injury.

Finan brought in a medical expert who testified the injury could have occurred by a means other than sexual assault, such as a fall or a child exploring their private parts.

“Children are impressionable and often times agreeable,” she said.

During the trial, Reed took the stand in his own defense, denying the allegations.

In his summation, Assistant District Attorney Brandon Rathbun said the investigation was not rushed or sloppy.

“No one was jumping to conclusions in this case. Everyone was doing their job,” he said.

He pointed out that Reed was not arrested until September — more than three months after the incident — and only after a DNA test came back showing that sperm containing DNA was in the girl’s underwear.

A forensic expert testified there is only 1 in 24,639 chance the DNA did not come from Reed or a male relative of his, according to Rathbun.

Also, Rathbun rebutted a claim that the semen could have been transferred to the girl’s clothes by saying the material was collected at the hospital after she had been put into new underpants.

Rathbun said when the girl woke up on the morning of May 29, there was no blood, tearing of her vagina or signs of discomfort.

Reed had four hours when the girl was in his care and others were sleeping early in the morning of May 30, when he could have done the assault, according to Rathbun.

“This crime was committed at night — when no one was watching,” he said.

He said Finan presented no evidence to show the girl’s injury was caused in a fall or other manner during the days leading up to the hospital visit.

The defense claimed the victim was withdrawn and initially hesitant to answer questions about the injury.

Rathbun argued it would make no sense for the girl, or any child, to be hesitant to speak if injured in an accident.

“Most of the time, if they fell, they’ll tell you they fell,” he said.

Also, finally, there is the testimony of the victim herself — both at the hospital and at trial — that Reed had put his finger in her vagina and it hurt.

Finally, Rathbun said the defense wants the jury to believe that, because Reed is a businessman and seemingly a nice guy, he could not have committed this heinous act.

“It’s not the windowless van stranger snatching kids off the street that do these things,” Rathbun said. “It’s people who have the trust of the child.”

The closing arguments took about 90 minutes, then the jury received instructions from Judge Kelly McKeighan before beginning deliberations.

Kenneth Reed, of Whitehall, listens to closing arguments in his sexual assault trial in Washington County Court on Monday. At right is attorney Anne Bair, who is assisting in the defense. Reed is accused of having sexual intercourse with a child younger than 11.