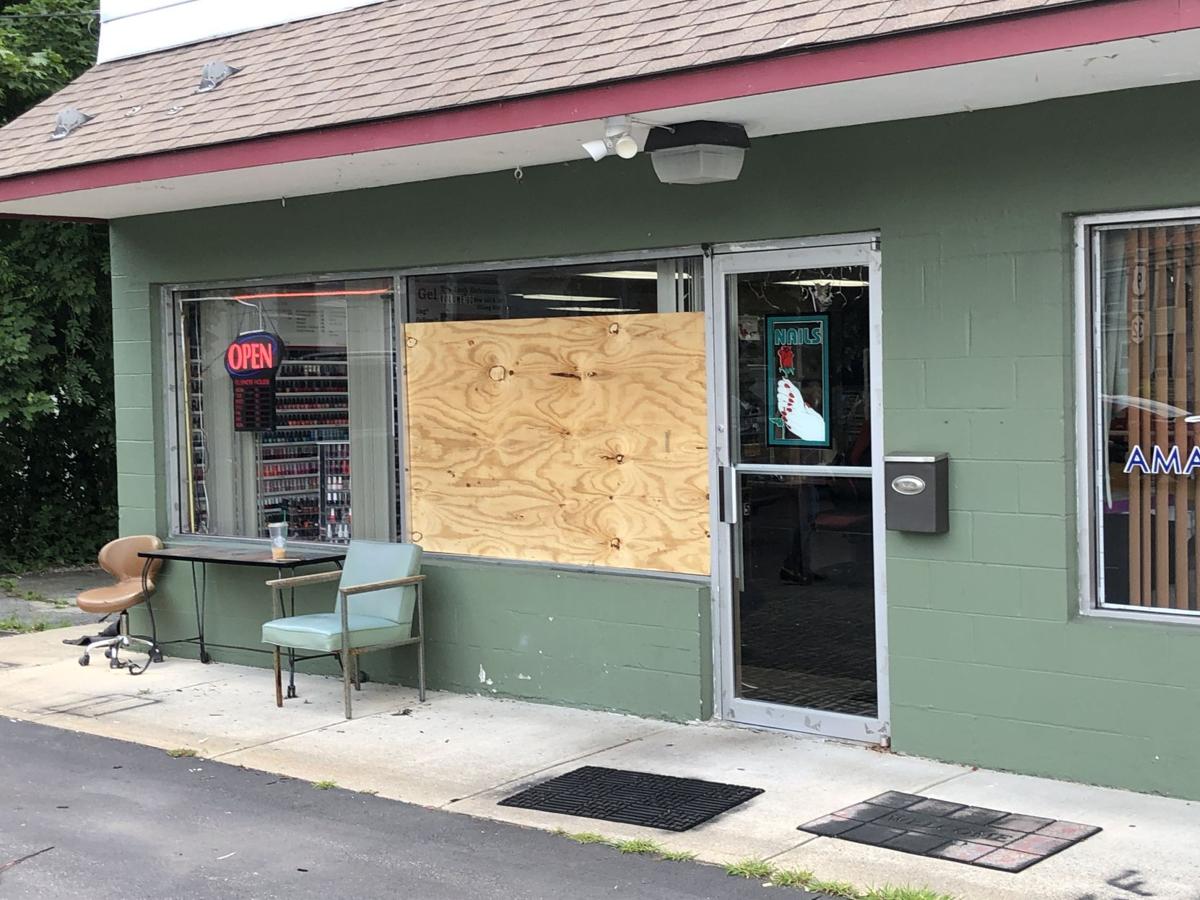 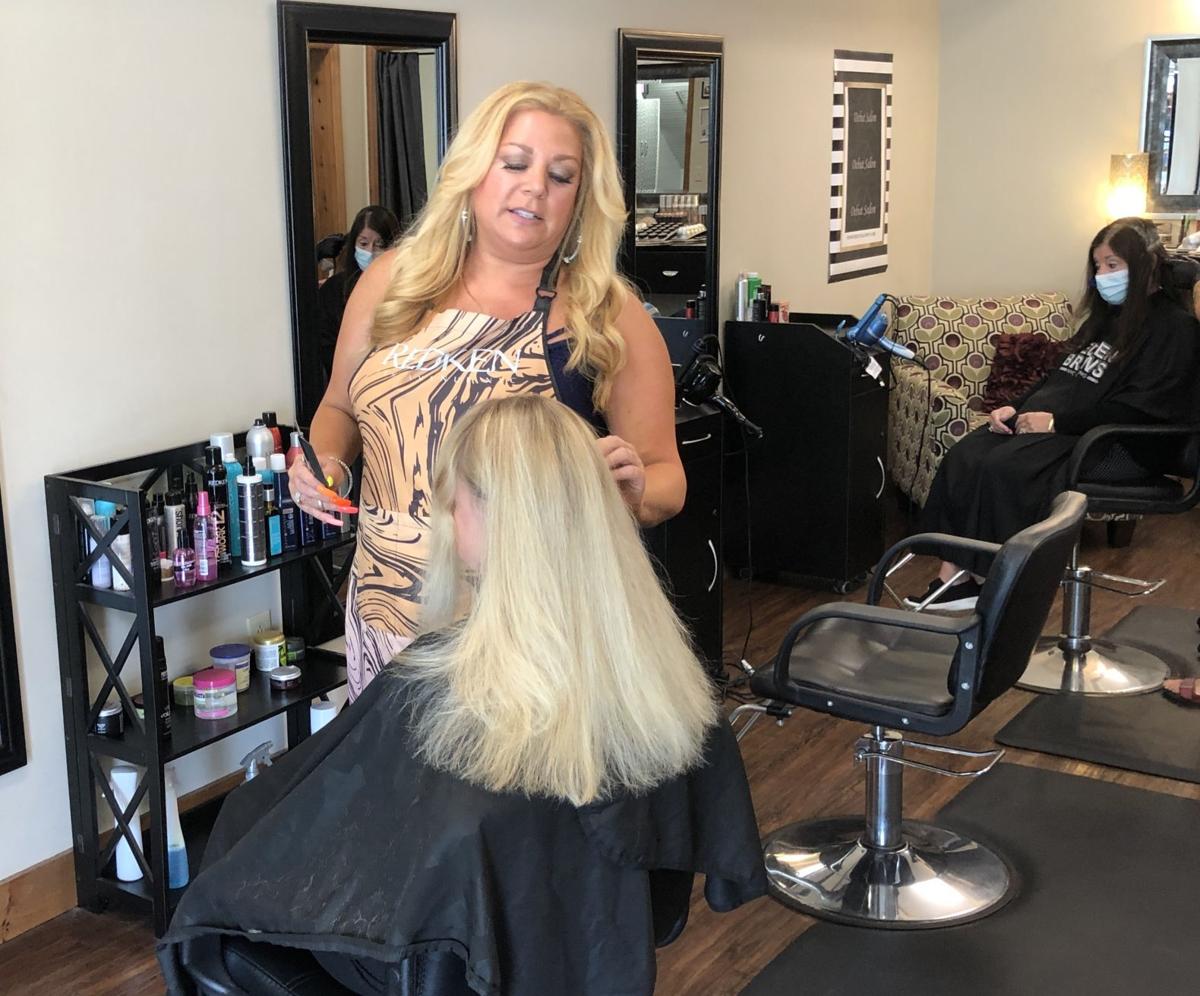 Danielle O'Hara, owner of Debut Salon, works on a client's hair on Thursday. Salon had some landscaping including planters that were vandalized. A large stone was picked up and thrown the window of Annie's Nails nearby. It was part of a vandalism spree in the area.

Gifford said he does not believe the businesses were targeted in any way. Police have a suspect in mind.

“We’re pretty sure it was one person doing all of it,” he said.

Gifford said they are reviewing some video footage and are checking with other businesses along Main Street.

Among the businesses that were affected were Annie’s Nails, Coopers Nails, Debut Salon, Carriage Traders and Kippers Clippers.

Danielle O’Hara, owner of Debut Salon, said she noticed on Monday morning her landscaping was damaged. Someone had taken a planter and thrown it through the window of Annie’s Nails.

Carriage Traders also had a brick thrown through their window and four tires taken off a Toyota 4 Runner at its service center, according to sales manager Jared O’Woodell.

At least one business in Moreau, Toadflax Nursery, was also affected.

Owner Rich Morris said the vandal had picked up a large stone that is on the nursery’s display patio and threw it right through the window, taking out four glass panels.

Morris said the Saratoga County Sheriff’s Office is investigating. He also does not believe the business was targeted. Nothing was taken.

“I think it was general vandalism from Glens Falls all the way down to us,” he said.

He said he believes an arrest could come later this week or next week.

A Glens Falls man has been arrested after police said he punched his 1-year-old son in the stomach.

A Queensbury man is facing felony drug charges after police discovered cocaine at his residence during a routine parole check.

The Glens Falls baby who police said was assaulted by his father has died.

A Glens Falls man with a lengthy criminal history is facing new charges after it was determined he was in position of dangerous contraband while in jail earlier this month.

A Massena woman was sentenced to 2 years in prison on Wednesday for having about 11 pounds of marijuana in her car.

A Florida man is facing felony charges after police discovered an illegal handgun in his vehicle during a traffic stop Monday.

A Glens Falls woman was arrested Tuesday after police said she drove drunk.

Man sentenced to 1 to 3 years in prison for robbery

A Glens Falls man has been sentenced to 1 to 3 years in prison on a robbery charge.

A Salem man allegedly responsible for nearly causing a head-on crash has been charged with driving drunk, according to police.

Danielle O'Hara, owner of Debut Salon, works on a client's hair on Thursday. Salon had some landscaping including planters that were vandalized. A large stone was picked up and thrown the window of Annie's Nails nearby. It was part of a vandalism spree in the area.