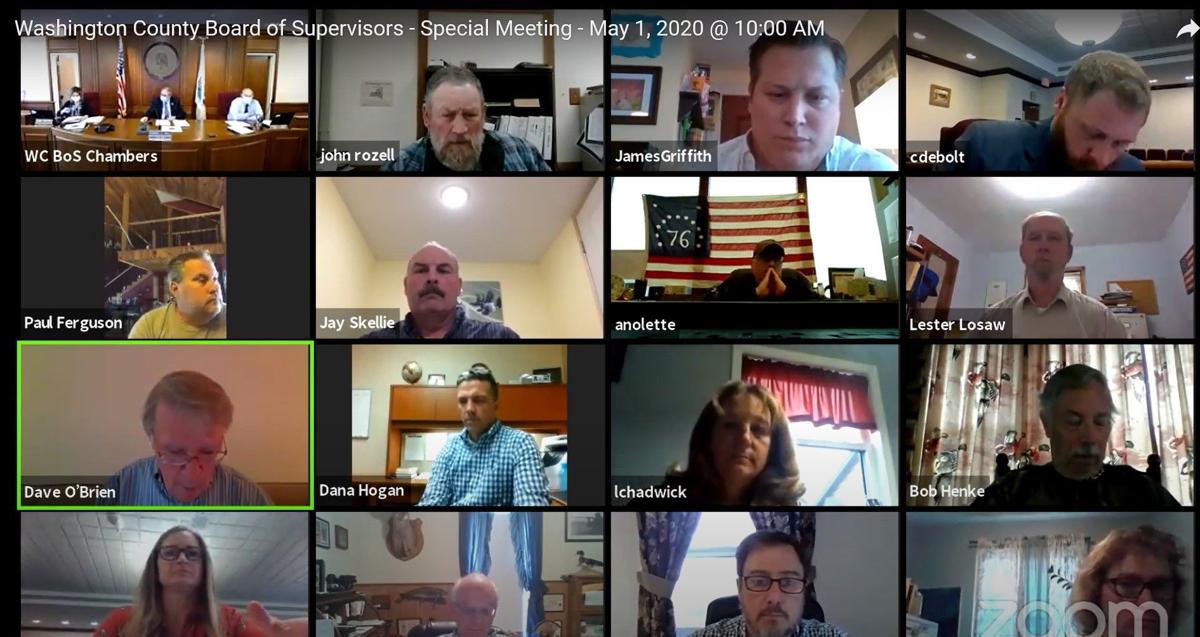 The Washington County Board of Supervisors met virtually in a Zoom videoconference meeting aired live on YouTube on May 1. During the pandemic, a lack of access to broadband creates a challenge for municipalities during socially distance times. 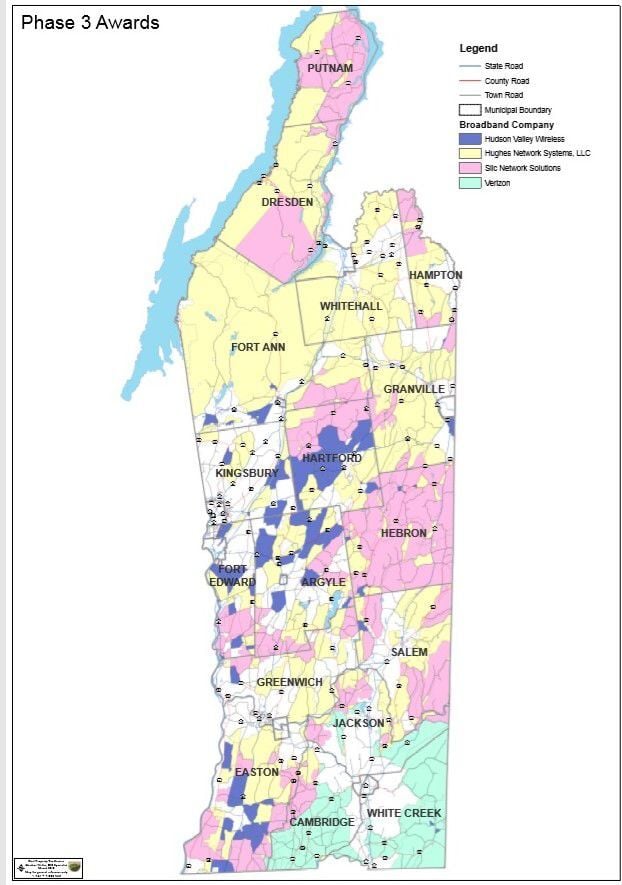 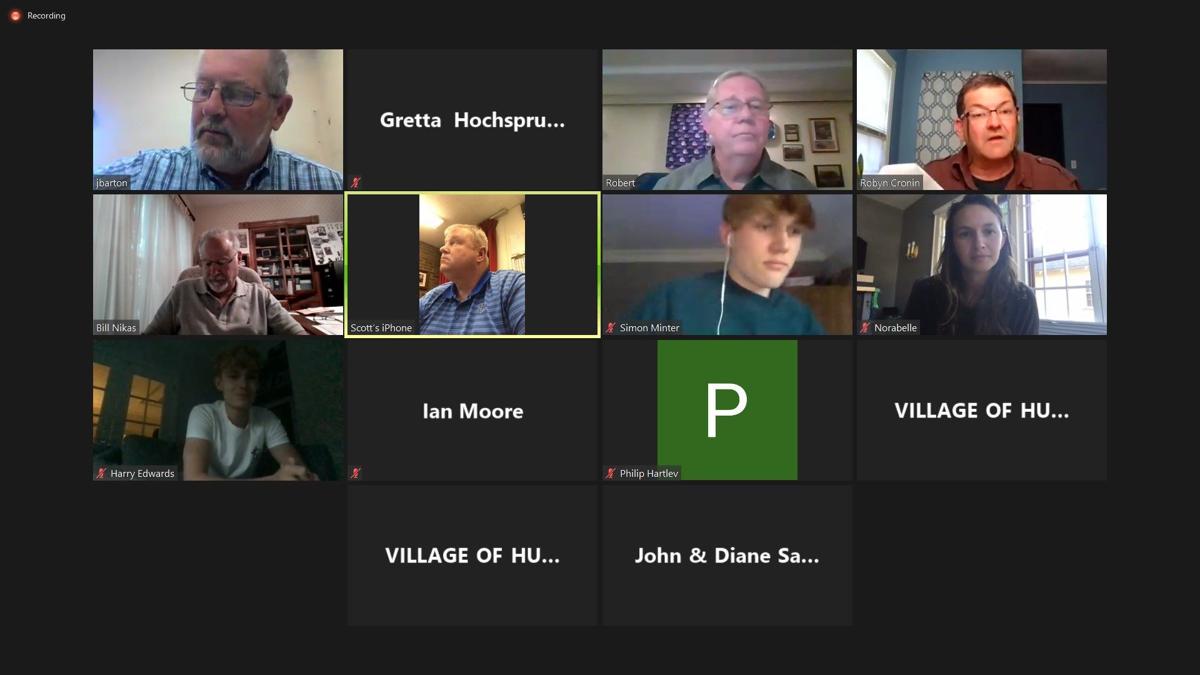 The Hudson Falls Village Board met in a virtual Zoom meeting at 4 p.m. Monday, but not everyone was from Hudson Falls.

Once inside, they situated themselves in a circle, making sure to leave at least 6 feet between one another.

At around 7:30, the group began discussing matters, but not before making sure their meeting was streaming live on YouTube so members of the public could watch and weigh in.

Glens Falls Common Council meetings have looked a bit different during the COVID-19 pandemic, which has, among other things, altered the way local governments conduct business.

“It seems to work for us. … We’ve had a lot of people following our meetings,” Glens Falls Mayor Dan Hall said of livestreaming them on YouTube.

Members of the public are no longer allowed to attend public meetings because of state social distancing guidelines meant to slow the spread of the virus, which has killed more than 23,000 New Yorkers.

Gov. Andrew Cuomo signed an executive order in late March that suspended parts of the state’s Open Meetings Law but allowed public meetings to be held remotely, so long as the pubic had the ability to “view or listen to such proceeding.”

The order, since extended through July 7, has meant different things for municipalities across Warren and Washington counties, home to small, often cash-strapped communities that lack the same resources as their larger counterparts.

Some local governments have continued to hold in-person meetings despite the order, because meeting remotely is not possible. Attendance, if permitted, is limited.

The region suffers from a lack of broadband access that has made it difficult — if not impossible — to use teleconferencing technology that would allow the public to listen in on open meetings.

“Any place that has poor web-access is going to be particularly disadvantaged,” said John Kaehny, executive director of Reinvent Albany, a good government group that advocates for open government.

But larger municipalities with better connectivity have largely adapted to the change, with a few hiccups.

The teleconferencing program Zoom has become the popular choice for hosting open meetings. The platform allows users to attend meetings online or by calling in.

In places like Queensbury, virtual meetings will likely become a permanent fixture in the town going forward, and other governments in the region are considering continuing the practice in a post-COVID world.

“I think Zoom is here to stay,” said John Strough, the Queensbury supervisor.

But the new technology has had issues.

In Glens Falls, last week’s Common Council meeting couldn’t be streamed live on YouTube as scheduled because of a technical glitch. A board member instead broadcast the meeting through his personal Facebook page, using his phone. The meeting was later uploaded to the city’s YouTube page.

“We’d rather have had it on YouTube, but because it’s an open meeting, we were able to change mid-stream and it was still available to the public,” Hall said.

A lack of audio equipment can make following proceedings difficult, and social distancing means participants may not all be visible on camera, let alone audible.

Livestreams can be disrupted without notice because of a shoddy internet connection.

COVID-19 has highlighted just how few resources smaller governments have at their disposal, Kaehny said.

“What we’ve seen is that the state government, and at least the bigger units of local government, have done a pretty good job trying to carry on despite COVID,” he said.

Free resources are available for local governments to make public meetings more accessible, but local officials can be reluctant to use them, Kaehny said.

“It’s less of a technology and money issue and more of just a desire issue,” he said.

‘Which way the wind blows’

Around 23% of households in Washington County and 18% in Warren County have no access to broadband, according to Census data.

“That’s been a concern, not only since COVID, but for a long time,” said Frank Thomas, chairman of the Warren County Board of Supervisors.

Thomas said he has noticed an uptick in attendance during meetings, but said he still has concerns about internet access across the region.

“It is a concern, not only to view the meetings, but for people to do commerce and educate their kids,” he said.

In Washington County, the town of Salem has tried several times to hold Town Board meetings in a virtual format, but has so far been unsuccessful because of the farm town’s spotty internet service.

“It depends on which way the wind blows,” Evera Sue Clary, the town’s supervisor, has said. “Quite frankly, the town of Salem is very underserved with broadband, even though they say that everyone can get it.”

In 2015, the state announced the Broadband for All program, which promised to bring internet access into underserviced areas of the state, including Washington County.

The state allocated $24.5 million to the county, but gaining reliable internet access has proven to be a slow process in some towns, even as work on the project begins to wind down.

The town of Hebron, for example, is still conducting meetings in person because no one has internet service.

“Our Town Hall is in an area where it’s a complete dead spot, you can’t even get cell service,” said Brian Campbell, the town’s supervisor.

The Town Hall has WildBlue satellite internet service, which last week shut down all of Campbell’s emails. The office and court has a wireless connection.

“It gets by, but it’s not great,” Campbell said. “It’s not a capacity that can handle any streaming at all.”

In Thurman, the Town Board cannot livestream its meetings, said Supervisor Susan Shepler.

“We do not have Zoom; we’re not capable of having Zoom,” she said.

The town, with about 1,200 residents, has been recording its meetings and uploading them to YouTube the next day since, which has prevented a “fairly active” public from weighing in, Shepler said.

“There is no public comment during our meeting,” she said. “Because they don’t even know what is being discussed by the board members or anyone else until after the video has been put out there.”

Meanwhile, Town Board members in Queensbury have continued to meet in person during the pandemic but have added two cameras so meetings can be streamed on Zoom and YouTube, said Strough, the town’s supervisor.

“I don’t think you’ll find another municipality that makes the effort for open meetings and accessibility to the public like Queensbury has,” Strough said.

The town spends around $100 a month to stream its meetings and had to purchase a $935 camera, a worthwhile investment to maintain an open government, he said.

“We are the employees to the public,” he said.

In Glens Falls, Mayor Hall said city officials are thinking about continuing the livestreams once the public is allowed to attend again, but it will depend on the cost.

“I think it works pretty well and it gives people a chance to watch us,” he said.

In places like Salem, the lack of internet access has frustrated Clary and her fellow board members.

Town officials have moved meetings to the highway barn, a bigger space with large doors that remain open, where they can place tables 10 feet apart in a circle.

Meetings are shorter, because the town committees are not meeting. But the public cannot attend, because a maximum of only 10 is allowed.

For open-government advocates like Kaehny, the situation is frustrating.

“If you can watch a YouTube video of somebody playing with their cat in Mongolia, why can’t you watch your local government at work?” he said.

Washington County is assuming virtual meetings are here to stay.

SLIC Network Solutions hopes to deliver broadband internet services to parts of Washington County by the end of the year.

The Washington County Board of Supervisors met virtually in a Zoom videoconference meeting aired live on YouTube on May 1. During the pandemic, a lack of access to broadband creates a challenge for municipalities during socially distance times.

The Hudson Falls Village Board met in a virtual Zoom meeting at 4 p.m. Monday, but not everyone was from Hudson Falls.