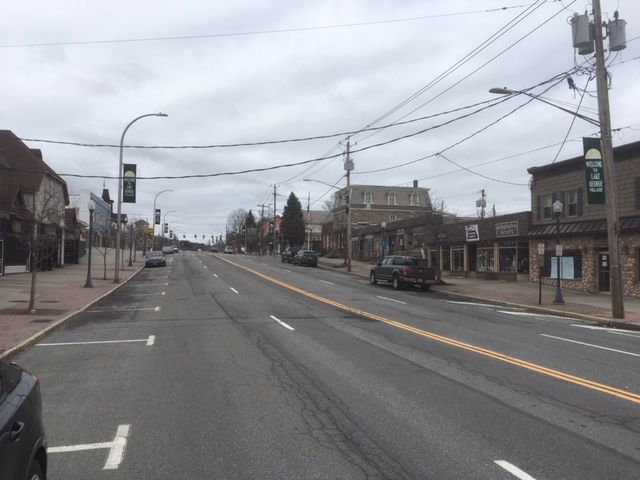 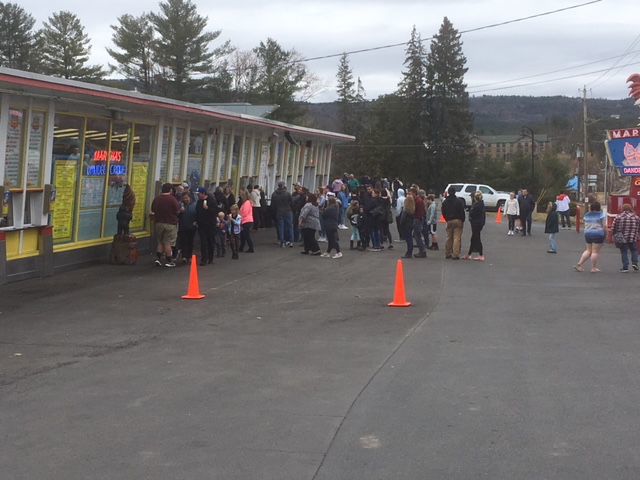 Martha's in Lake George, before closing down at 5 p.m.

I stopped by Capri Pizzeria and Restaurant in Lake George around 3 o’clock for a slice of pepperoni and a soda. Business had been light.

It’s quiet on Canada Street, the starting point for a stop-and-go journey down Route 9 on Thursday to get a feel for our world — a world that seems to be closing down around us as we try to duck and weave our way past the coronavirus. A world that sometimes seems normal, sometimes abnormal.

Few businesses are open in Lake George, but that’s not surprising, given that the meat of the tourist season is still two months away. The occasional couple walks the street with a dog. A postal worker delivers letters. An electronic sign at Shepard Park announces future events that may or may not take place.

Farther south on Route 9, almost all the Outlet stores appear to be closed. The Sox Market and a footwear store next to it are one of the few holdouts.

It feels rather ghostly until I drive past Great Escape and come to Martha’s, which has long lines out front, despite a sign that reads “temporarily closed.” Turns out it was a last gasp — their Facebook page says they closed up at 5 p.m. because of the coronavirus.

If Martha’s closes, you know it’s getting serious.

Gas stations soldier on everywhere. The Stewart’s I walk into is doing a brisk business, with seating areas cordoned off by plastic wrap.

It looks like business as usual at the Queensbury Plaza, where Staples, FYE, a nail salon, a fabric store and others all appear to be open.

The parking lots are pretty full at supermarkets along the way. Inside are the unsung heroes of the coronavirus outbreak — front-line grocery store workers. They’ve been dealing with the masses coming through checkout lines by the hundreds ... which would seem to make social distancing kind of difficult. Some of us haven’t given a very good account of ourselves, clearing shelves of soup, eggs, pasta and toilet paper.

(This is especially problematic for a guy who does his shopping late at night, after the rest of you have made off with the good stuff. I felt victory in my heart the other night when I found a single box of Cap’n Crunch’s Crunch Berries waiting for me in the cereal aisle).

As I pass Crandall Park, two young soccer players are kicking around a ball. This passes for sports in a city that would have hosted 20 state boys basketball teams this weekend at Cool Insuring Arena. Sad.

There’s plenty of on-street parking when I get to downtown. Some shops have paper signs taped to the front door announcing temporary closings. Eateries offering take-out are open, as is 42 Degrees. The jewelry store is closed, but I later saw it had been open until 4 p.m.

Several businesses along Route 9 in South Glens Falls appear to be holding out. As of Thursday you could still get flowers, tattoos, natural foods, auto parts, tobacco and a haircut, among other things.

One thing that struck me is I haven’t seen anybody wearing a medical face mask, something that’s been seen in bigger cities. I guess that’s a good sign.

Traffic doesn’t seem much different than it usually is. If you were to drop out of a time warp and just drive through the city, you wouldn’t know there was a health emergency going on.

As I drive along I keep wondering if everyone else is asking the question that never leaves my mind: How much longer?

Martha's in Lake George, before closing down at 5 p.m.