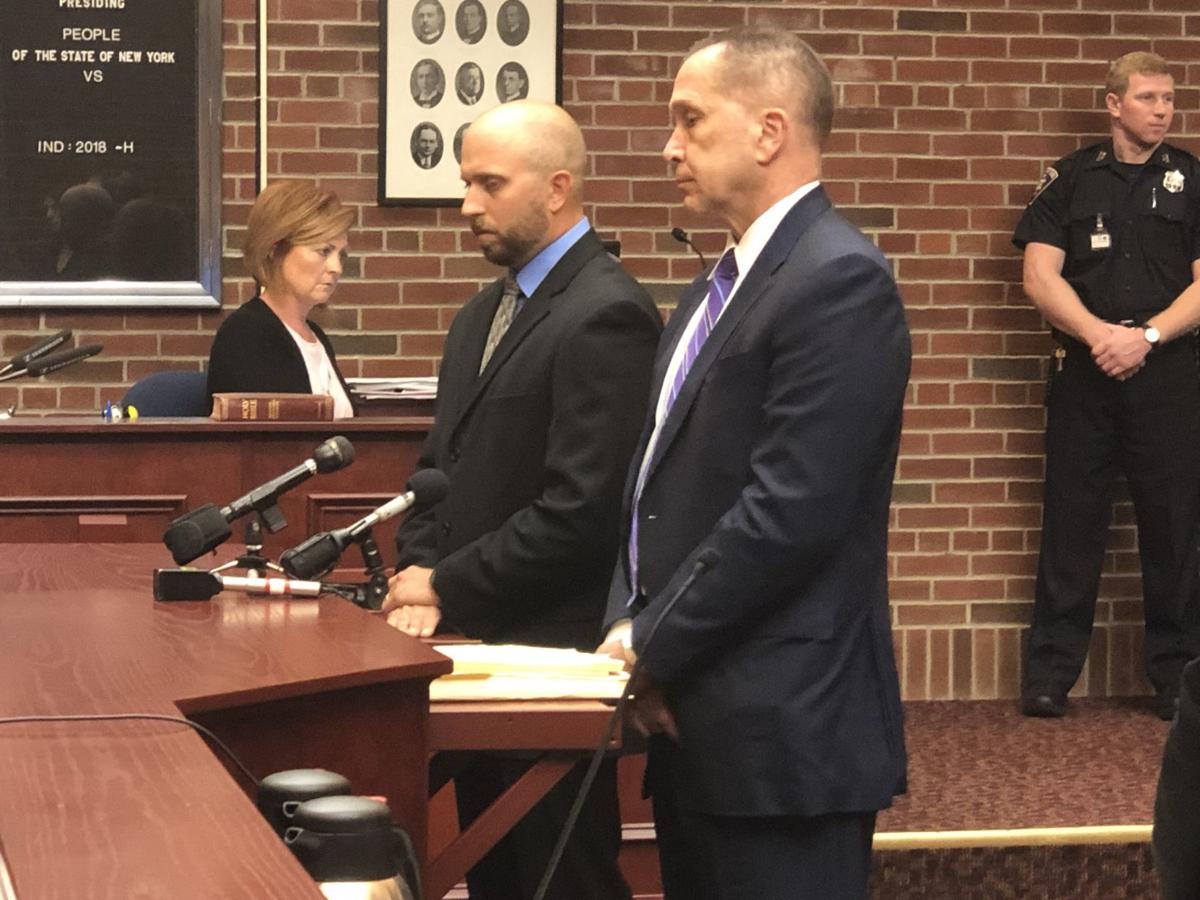 Eric Rosenbrock, left, stands with his lawyer, David Taffany, before Rosenbrock's guilty plea to criminally negligent homicide for the shooting death of his wife last fall on Monday in Saratoga County Court in Ballston Spa. 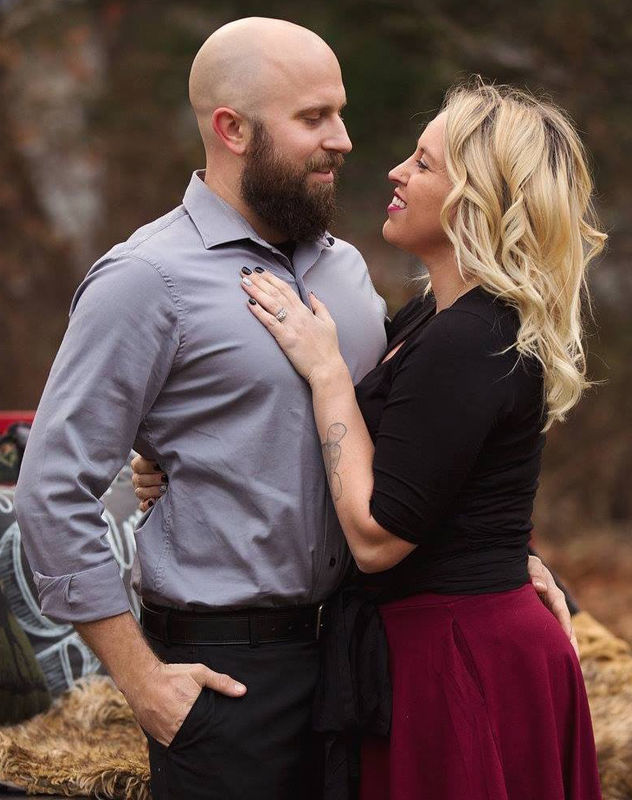 BALLSTON SPA — The Corinth man who shot and killed his wife while cleaning a handgun last fall pleaded guilty Monday to a felony charge and will likely avoid a jail term.

Appearing to fight back tears, Rosenbrock said in court that he was oiling his handgun in the couple's home, had put a magazine in it and racked the slide when it fired, hitting his wife as she sat on a couch. He said he should have checked to make sure the magazine was not loaded, and he was aware his wife was in the room with him.

"I did not know the pistol was pointed in her direction," he told Saratoga County Judge James Murphy.

Saratoga County prosecutors agreed to drop a second-degree manslaughter charge that had been filed by a grand jury in exchange for a guilty plea to the lesser charge of criminally negligent homicide.

His actions in pointing the gun toward his wife, and failing to make sure it was unloaded, were deemed to be criminally negligent. The manslaughter charge alleged he was reckless, a higher legal standard to prove.

Mr. Rosenbrock faced up to 5 to 15 years in state prison if convicted of manslaughter. He faces up to 1-1/3 to 4 years if he violates probation on the criminally negligent homicide conviction.

Saratoga County Assistant District Attorney Michele Schettino told Murphy that her office believed probation and not a jail term were "in the interests of justice." Rosenbrock is "in need of assistance that could be administered through probation," she said.

Rosenbrock will apply for a certificate for relief of civil disabilities that occur when a person is convicted of a felony, such as the right to vote and own firearms.

He is free, pending sentencing Nov. 18.

The plea agreement is similar to one that Rosenbrock rejected before he was indicted by a Saratoga County grand jury in July. Rosenbrock's lawyer, David Taffany, had said at that point that his client was not guilty of the charge.

Taffany said after Monday's hearing that his client chose to take the plea offer as he "lives with what happened every day," and is extremely remorseful.

"He is a wonderful person. It was a tragic accident," he said.

The death had a huge impact on the Corinth area, as the Rosenbrocks were well-known for their community involvement, particularly after the death of one of their young children from an infection five years ago. They began an effort promoting “random acts of kindness” in the years that followed the death.

The couple, who had been married for 11 years and had been high school sweethearts, have three other children, who were ages 2, 5 and 10 at the time of the shooting.

Mr. Rosenbrock is a science teacher in the Lake George school district. He was placed on leave from his teaching job in the weeks after the death, but returned to the classroom in January and is still considered an employee of the district.

He was placed on administrative leave again after his indictment during school summer break, and the state Education Department will review whether he can keep a teaching license.

"It's still up in the air, but we are hoping he will be able to continue," Taffany said.

When Eric Rosenbrock accidentally shot and killed his wife last fall, his mistakes went beyond oiling and assembling a handgun while it was lo…

DA: No timetable for decision in Corinth shooting case

CORINTH — Authorities said Wednesday that the investigation of a man’s fatal shooting of his wife remained ongoing as of this week, with no ti…

Corinth man charged with manslaughter for shooting death of wife

Corinth woman shot and killed in her home

CORINTH — As the snow fell from the heavens, blanketing our world and those who love us with Vivi kisses, Ashley left us to begin a journey we…

Corinth man sentenced to probation in shooting of wife

The man who shot and killed his wife was sentenced during an emotional court hearing Monday.

Eric Rosenbrock, left, stands with his lawyer, David Taffany, before Rosenbrock's guilty plea to criminally negligent homicide for the shooting death of his wife last fall on Monday in Saratoga County Court in Ballston Spa.