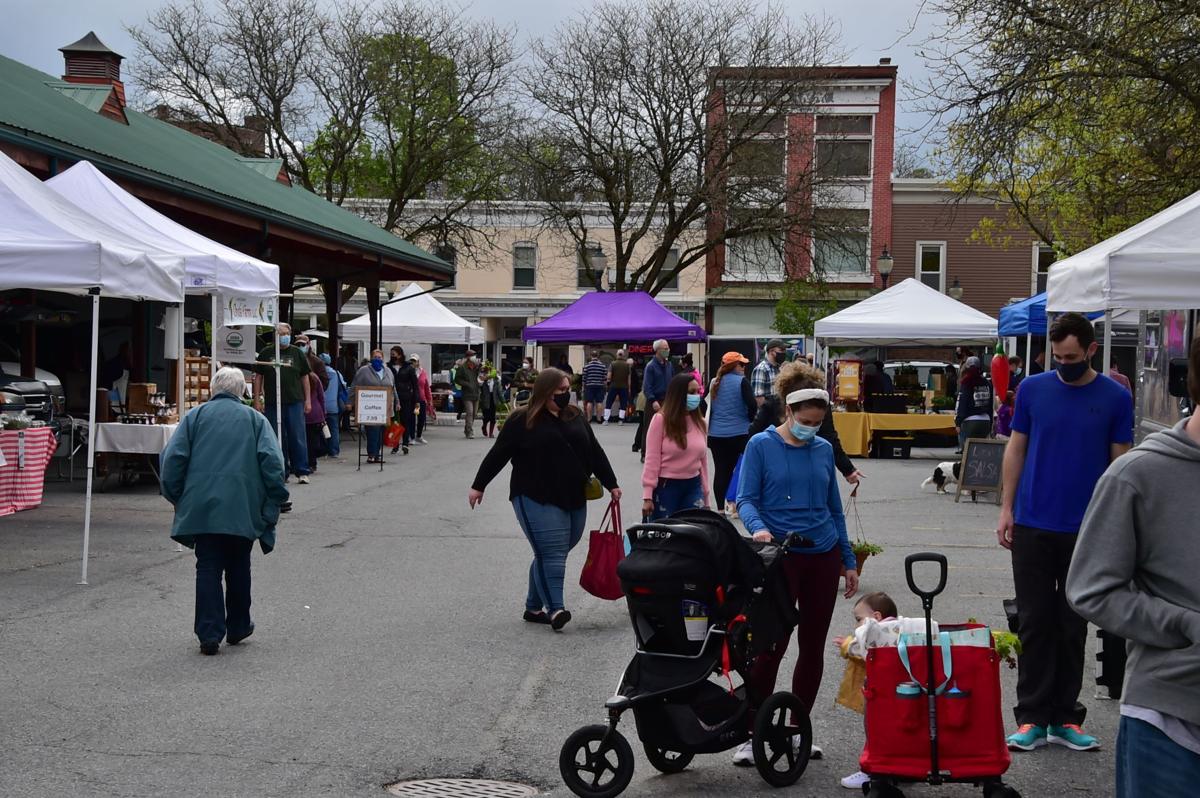 Some of the longtime customers for the Glens Falls Farmers Market are calling for a boycott after learning that Pleasant Valley Farm would not be partaking in this summer’s market after their application for a permit to host a table was denied by the market’s board of directors. 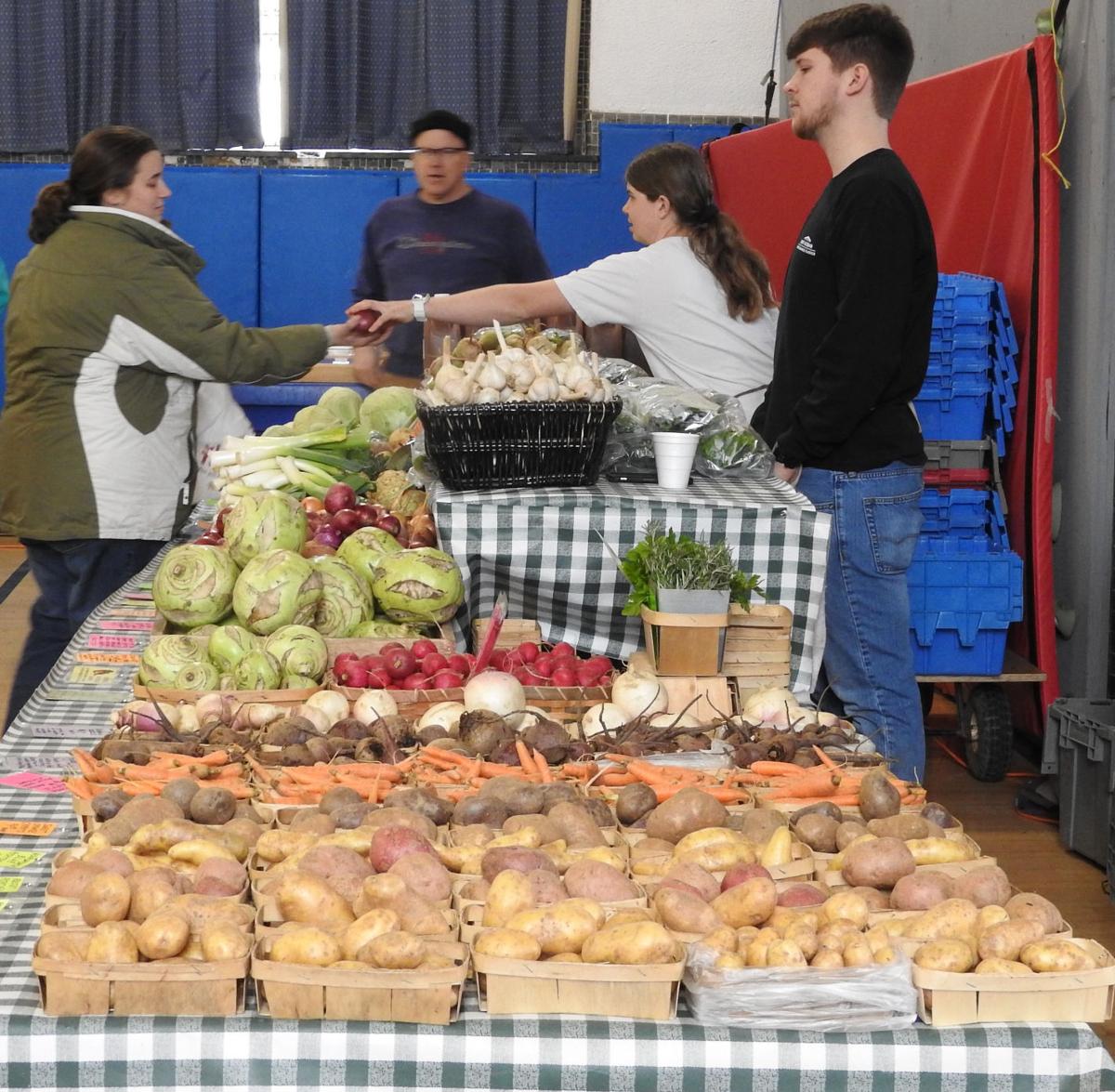 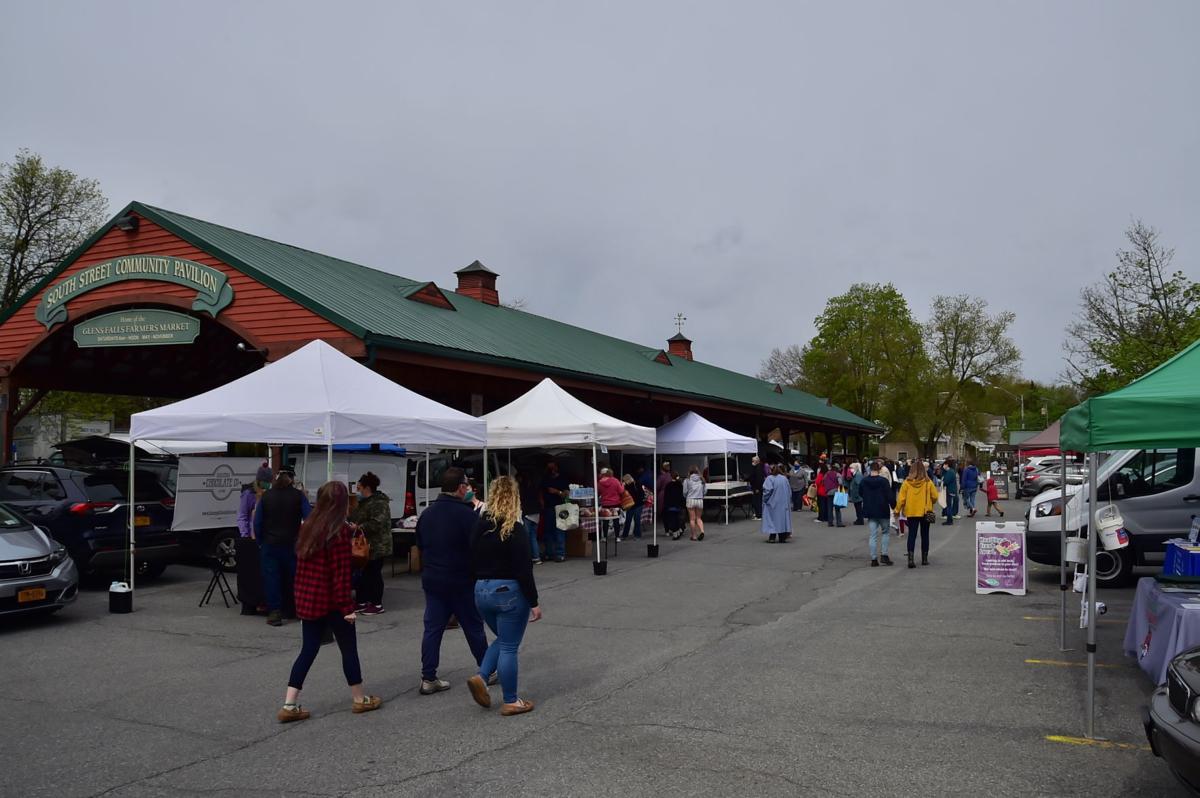 The Glens Falls Farmers Market recently moved to the South Street pavilion after spending the winter at Cool Insuring Arena.

GLENS FALLS — A controversy is growing at the Glens Falls Farmers Market.

Some of the market’s longtime customers are calling for a boycott after learning that Pleasant Valley Farm would not be partaking in this summer’s market after their application for a permit to host a table was denied by the market’s board of directors.

The Argyle farm’s owners, Paul and Sandy Arnold, have sold produce at the market for 34 years and have played a pivotal role in shaping the market into what it is today, said James Van Dijk, a North Greenfield resident who has frequented the market for years.

Van Dijk said the board’s decision to exclude the Arnolds — who have spent decades promoting the market — is “repugnant” and that he would be willing to support the growing calls for a boycott that have been circulating on social media in recent weeks.

“I’ve talked to a lot of people … and I can tell you people are upset,” he said.

The controversy dates back to February, when the market’s board of directors opted to deny the Arnolds’ application to sell at the popular market, which recently moved outdoors to the South Street pavilion after spending the winter at Cool Insuring Arena.

Roxanne Davis, the market’s director, said on Saturday the decision was based on the bylaws that regulate the market, which is a nonprofit organization.

Davis, who also operates Onda Farm of Cambridge, said Pleasant Valley Farm recently began selling products from other farms, a violation of the market’s bylaws, which require vendors to only sell products they either grow or produce.

“They just don’t fit into the confines of the bylaws anymore because they are a distributor now and we’re a producer-only, grower-only market,” she said.

Davis said she wishes the Arnolds well, and pointed to a May 1 post on the market’s Facebook page explaining the board’s decision, which included a link to Pleasant Valley Farm’s website where customers can order items.

But Sandy Arnold, who spent nearly two decades handling public relations for the market, disagrees with the board’s assessment of her family farm and claims the decision to deny the application stems from a disagreement that dates back to last winter.

She acknowledged her farm recently began distributing items from other producers in an effort to help get essential items to people amid the pandemic, but noted only products grown at Pleasant Valley Farm have been sold during the farmers market.

“We have never, never sold things off our table from anyone else,” Arnold said.

She added that the bylaws do not prohibit vendors from operating separate businesses, which is common in the agricultural industry.

Arnold said she was told her application was denied for “causing a disturbance” during one of the winter markets at Cool Insuring Arena.

“We were put in the back area of the arena in the civic center and we complained about the spot because, in our opinion, it was not a safe place for us or our customers,” she said.

Arnold said she approached board members to discuss the issue after several of her phone calls and emails went unanswered. Pleasant Valley Farm would later pull out of the winter market as a result of the issue.

“We couldn’t use that spot, it just wasn’t working for us,” she said.

But Davis said the incident played no role in the board’s decision and again pointed to the organization’s bylaws.

“Our bylaws are our bylaws,” she said.

Arnold, meanwhile, said she disagrees with the board’s decision, but encouraged people to continue shopping at the market, adding a boycott would only hurt the hard-working farmers that sell items there.

She added that Pleasant Valley Farm has a loyal customer base and online sales have been strong.

Asked whether Pleasant Valley Farm would be willing to return to the market this year, Arnold said no, citing the growing tensions.

Editor’s note: Although similar names, Post-Star reporter Chad Arnold has no relation or affiliation to the Arnold family mentioned in this report.

Two people are under arrest after police said they stole merchandise and assaulted employees at the Dollar Tree store in South Glens Falls.

A Queensbury man was arrested after police said he struck a passing vehicle, damaging it.

A Gansevoort man is facing charges after police said he pointed a loaded rifle at three people.

60th anniversary of the biggest nuclear bomb blast of all time

60th anniversary of the biggest nuclear bomb blast of all time

Some of the longtime customers for the Glens Falls Farmers Market are calling for a boycott after learning that Pleasant Valley Farm would not be partaking in this summer’s market after their application for a permit to host a table was denied by the market’s board of directors.

The Glens Falls Farmers Market recently moved to the South Street pavilion after spending the winter at Cool Insuring Arena.