You need to understand how we’ve all been taken for suckers, because I’m pretty sure you don’t know the extent of it.

I know you know about the Russian interference during the 2016 election, the advertising and misinformation on social media, and I’m pretty sure you are adamant that it didn’t affect your point of view.

But I’m also pretty sure you are sitting at home wondering what is happening to our country.

Why are we at each other’s throats?

And wondering what happened to our political discourse.

Two Clemson University professors, Darren Linvill and Patrick Warren, have been using advanced social media tracking software to catalog the 3 million tweets that the Internet Research Agency put out over a two-year span before and after the presidential election in 2016.

Consider this fact, and it is important: They found that the Russians were more active on social media after the election.

They knew their trickery had worked and we were in disarray.

The two researchers at Clemson are working on a paper called, “Troll Factories: The Internet Research Agency and State Sponsored Agenda Building.”

Their research reveals how the Russians did it and why.

We all need to understand this.

“I want to shout this from the rooftops,” Warren told the “Five Thirty-Eight” website. “This is not just an election thing. It’s a continuing intervention in the political conversation in America. They are trying to divide our country.”

The Internet Research Agency is located in St. Petersburg, Russia, and said to employ 400 people.

Think of this place as a factory with an assembly line that cranks out social media posts around the clock. The people who work there don’t favor or dislike Donald Trump. They don’t lean one way or the other politically, other than to work against the best interests of the United States. Their genius is finding what inflames our psyche.

They are very good at what they do.

Linville and Warren were able to break down what was posted into five categories: “Right Troll, Left Troll, News Feed, Hashtag Gamer and Fearmonger.”

“Right Troll” pumped out right-leaning populist messages. After President Trump was nominated by the Republicans, it regularly supported with posts that regularly employed the #MAGA hashtag in posts.

“Left Troll” sent out socially liberal messages with an overwhelming focus on cultural identity, especially racial identity. They regularly turned out messages associated with the #blacklivesmatter movement. Many of the posts were intentionally divisive. This was being done along with “Right Troll” posts.

“News feed” was a collection of social media posts that presented themselves as U.S. local news sites, but weren’t.

“Fearmonger” often spread stories that were simply not true.

They watched the analytics closely to see which posts were retweeted or shared the most and which ones produced comments. Sometimes the national media would pick up a story that was trending because of Russian influence.

Ultimately, the goal was to inflame the discussion by injecting our long-simmering prejudices and fears.

If you saw someone spouting off about how terrible the police are with a #blacklivesmatter hashtag, it might make you angry at African Americans.

If you saw a post pushing a narrative against illegal immigrants with a #MAGA hashtag, you might be upset at Trump supporters.

And in the end, they got us to believe things that weren’t true about the candidates, the political parties and ourselves.

There were millions of these social media posts from thousands of different people.

Twelve of them were indicted by Robert Mueller.

In summing up their conclusions, Linvill and Warren described how one former employee of the IRA described the feeling of working as though “you were in some sort of factory that turned lying, telling untruths, into an industrial assembly line.”

We’ve all been victims.

Our views have been manipulated.

Our perspectives have been warped in ways we didn’t realize, by forces we didn’t know were at work.

We were all suckers.

Ken Tingley is the editor of The Post-Star and may be reached via email at tingley@poststar.com. You can read his blog “The Front Page” daily at www.poststar.com or his updates on Twitter at www.twitter.com/kentingley.

BLOG: There is a lot we all need to learn

Writing a column can be a regular learning experience.

EDITORIAL: What Mueller is telling us is that we are at war

While driving to work this week, one of our editorial board members saw a bumper sticker that read, “My dog is smarter than the president.”

I’ve lived most of my life in small towns.

Column: Going home can bring a flood of memories

I went home to Connecticut this weekend for the first time in a couple of years.

This community seems to be divided into three groups.

COLUMN: We all are not as smart as we think we are

Each of you reading this column right now is probably smarter than me.

Column: Too busy living to worry about interest rates

When the Long Island Ferry pulled up to the dock in Bridgeport, Connecticut that June morning in 1981, I had no idea that unemployment was at …

COLUMN: I'll pay for the new license plate if you make it better looking

Ken Tingley says he might not be so upset about paying another $45 for a new license plate if it was a lot better looking and had an upstate New York theme.

This letter had a story behind it.

COLUMN: It's those little things in life that make it so grand

Sometimes it is a movie, other times a favorite song. But whatever it is that brings a smile to your face should be relished and coveted. For Ken Tingley it was a new movie with Springsteen movie this week. It helped make life worth living again. 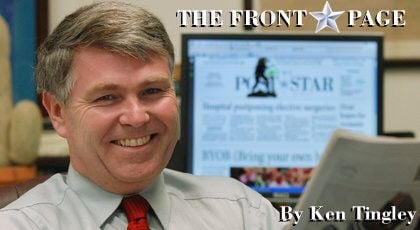 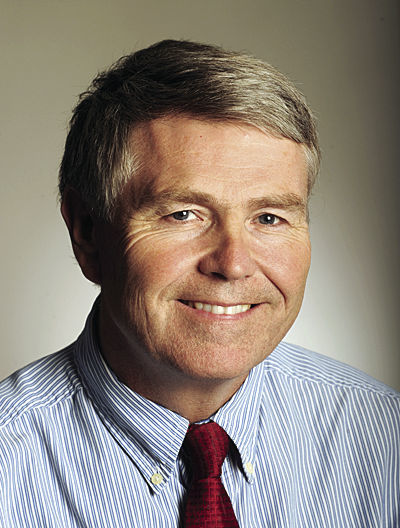