Become a Member
Read Today's E-edition
Share This
COLUMN: Editor finds a future by looking to the past
10 comments
Share this 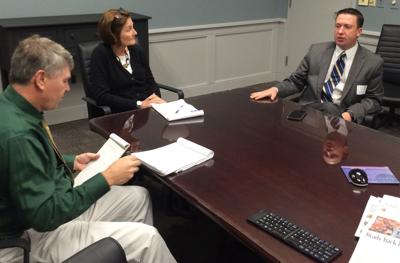 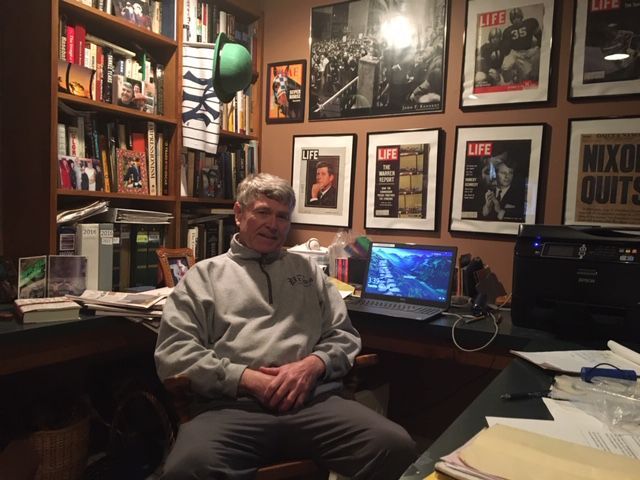 Post-Star Editor Ken Tingley found a path to the future by looking into the past. 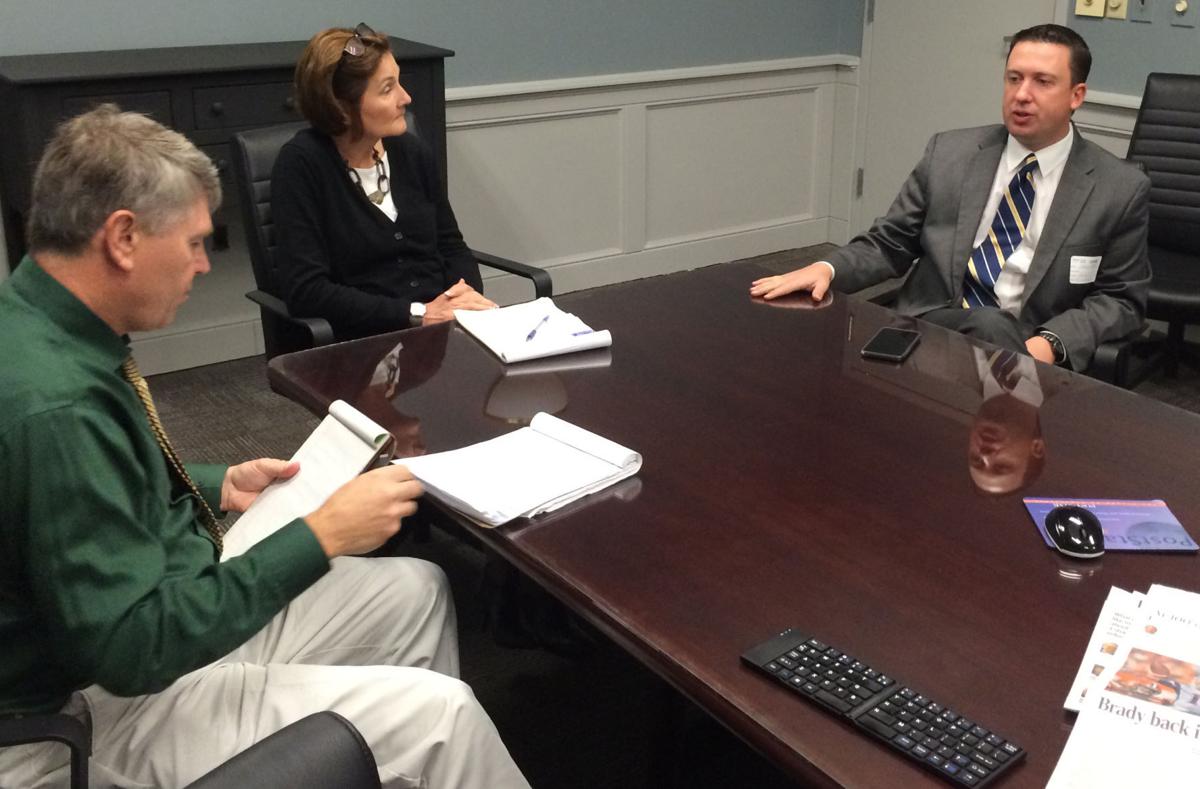 Democrat Shaun Francis, who was challenging Republican state Sen. Kathy Marchione in the 43rd District, talked about his candidacy before the 2016 election with The Post-Star editorial board. Looking on is Post-Star Editor Ken Tingley and former Publisher Terry Coomes. 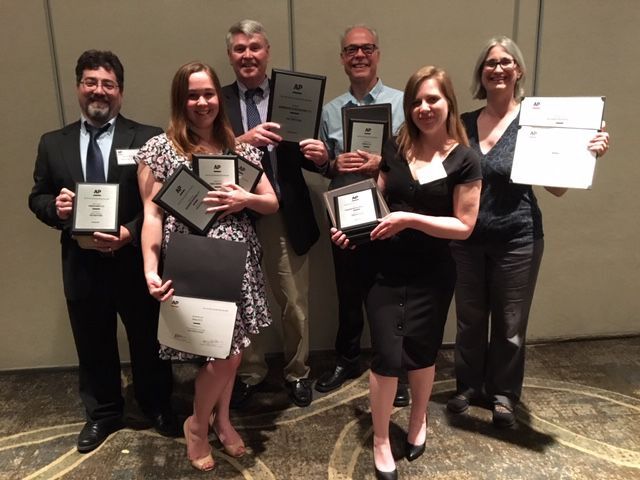 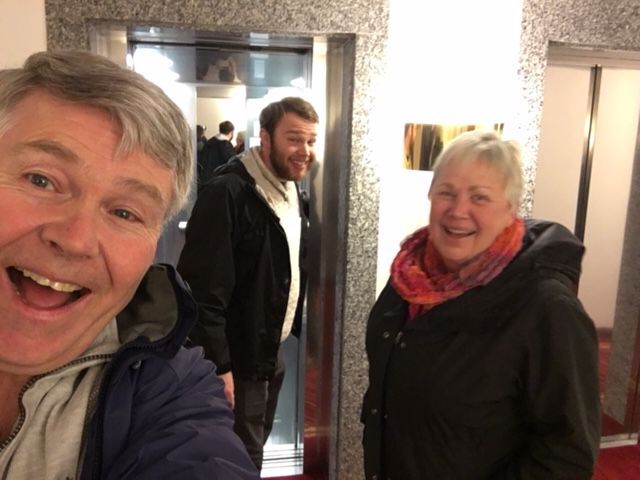 The Tingleys don't get many opportunities to be together these days, but when we do, we are usually smiling. Thank you all for reading about our many adventures.

This final chapter starts with me in front of an elevator one Sunday morning 19 years ago at Glens Falls Hospital.

I didn’t want to be there. I was only there out of a sense of obligation. One of our editors had been very sick and it didn’t look good. But I didn’t know what room she was in and there was no one at the information desk. I had my excuse. “I’ll come back another time,” I thought to myself, and I turned to leave.

To this day, I don’t know why.

I found Mary in her room with her mother. She was struggling to breathe. Her mother said they were about to move her to intensive care. Nurses hurried in and out of the room.

I told Mary we missed her.

I told Mary we needed her back soon, and I started to leave because I was just in the way.

Mary stopped me with her eyes and choked out a reply:

Her gaze stayed on me.

At the time, the words seemed unremarkable, but over the years they stuck like none other. Perhaps, it was the context as she struggled to get out each word between breaths.

Perhaps it was something in the way she said it, in the intensity of her gaze, as if she needed me to understand what I had, and she soon would not.

So now, 21 years later, I hesitate as I walk away from a job that I adored much like Mary.

I wonder now if Mary would ask, “Are you crazy?”

Oh, the people I have met.

And the arguments I have had.

And the love I have been shown, especially over the past two weeks from so many readers who took the time to say simply they would miss reading my words.

You can’t ask for anything more.

I’d like to think some of Mary’s spirit stayed, not only with me, but was transported ethereally to every editor and reporter who walked through those doors at Lawrence and Cooper Streets over the past two decades.

I’d like to think her untimely passing pushed me to get the most out of myself, and in turn our staff to appreciate the opportunity to make a difference every day.

Leaving the newspaper, like any significant decision, was made incrementally, in dribs and drabs over the past three months as I wondered how much I would miss the paper.

In order to go forward, I had to look backward.

What started as a pandemic cleaning project in my basement became an exploration of the work we have done over the past 21 years as I unpacked boxes, read through old files and marveled at the scope and quality of the work done — some of which I had entirely forgotten about — by dedicated reporters and editors.

Time had fogged so many of the details, so I picked up the phone.

I wanted the retired Maury Thompson to tell me how this fry cook on the way to nowhere 30 years ago ended up poignantly portraying the final days of his wife’s life in a series of heartbreaking columns.

I wanted Matt Sturdevant, now a public relations executive for an insurance company, to tell me how a 25-year-old kid from with just a couple of years of experience, managed to be a decade ahead of his time in reporting about “Growing up Gay” in the North Country nine years before same-sex marriage became state law.

Konrad Marshall, now an elite journalist in Australia, took me back with him alone to The Post-Star newsroom as he delicately interviewed 23 victims of domestic violence, telling me he could still see their faces and hear the anguish in their voices even today.

T.J. Hooker, just a 24-year-old photographer at the time, spoke in slow, halting tones as he described the 14 bodies lined up along the shore of Lake George after the Ethan Allen sank, and I knew he was reliving it all over again.

And there is my friend and former colleague, Mark Mahoney, taking me back to the murder he and his daughter witnessed at the Cumberland Farms parking lot, and my surprise that I had forgotten the most important part of the story. How this father pledged to his frightened 9-year-old daughter that he would go to the convicted murderer’s sentencing personally so he could assure her that the man who stared her down after murdering his wife was never going to be able to harm her.

What a charmed life I have led. How lucky I have been to have the privilege of walking in the shadows of such men and women on a daily basis, to cheer them on, to challenge them, to pick them up when they stumbled, defend them when they were attacked, but more often than not, watching them succeed beyond their wildest dreams.

They turned over rocks to expose community problems with drug abuse, underage drinking and the stigma of suicide. We all wanted to make a difference. We would be a far poorer community without their efforts.

So here’s a little confession. I’m not the the best journalist at The Post-Star. I never have been. There have been dozens of others who were far better. Will Doolittle, Bob Condon and my partner in sports in those early years, Greg Brownell, have been with me on this ride from the beginning. They could have gone anywhere and done anything, but lucky for me — and you too — they stayed in Glens Falls.

It allowed me to pursue my dream of being a columnist and telling people’s stories.

To do that, you need to be trusted.

So when the Rev. Paul Mead called years ago, we were making a pact to trust each other about a checkered past and a hopeful future.

All I had to do was answer the phone. I like to think they were all characters in a long-running drama that is our community story.

I have been humbled over the past two weeks that so many of you have reached out to me to tell me you will miss reading my words. I can’t think of a greater compliment, but there is also a gnawing feeling I have let you down.

I’ve tried to be authentic and honest as I addressed community and personal issues alike. Along the way, I opened my heart to you about my own trials and tribulations in being a son, a husband and a father. And while it was cathartic for me at times, I believed many of you related to these stories about life, death and heartbreak because we all have them.

Three months ago, my wife’s nine-year tug-of-war with ovarian cancer was getting the better of her and I stepped away from the newspaper completely.

My son was forced to come home from graduate school because of the pandemic, and the three of us were together again.

Some nights we set the Scrabble board up in my wife’s bed so she could be more comfortable. It was in those quiet moments when we tried to form a new word that we were closest, where the word we all are looking for was so obvious — family.

Early in the morning as they slept, I would bury myself in my files in my office to sort through the past and, I guess, look for a future.

I think I found that. It was the work I had been doing for the past 21 years. It was those people I had worked shoulder to shoulder with, so many of them, who told the stories of this community so well and made it better. There is a bigger story here and it should keep me busy for some time.

So each morning I would write alone in my basement without interruption, and then meet my wife upstairs on the porch for lunch.

She has started a new regimen of chemotherapy and the results have been encouraging as she plays ball with the dog, putters with her flowers and attacks the evil vine at the edge of the yard.

We continue to do what has become our routine all these years, living each day to the fullest.

Only now, I will be there to share it. That is the best thing of all.

A Glens Falls artist, recently named best in the region by Post-Star readers, has released his first book — a children’s book titled “Colorworld” he both wrote and illustrated.

A Schenectady woman was arrested on Saturday after police said she drove drunk and crashed her vehicle on Route 50 in Wilton.

No one injured in Kingsbury tractor-trailer crash

Both the northbound and southbound lanes of Route 4 were closed between Green Barn Road and Route 149 as emergency crews responded to a tractor-trailer rollover.

Post-Star Editor Ken Tingley found a path to the future by looking into the past.

Democrat Shaun Francis, who was challenging Republican state Sen. Kathy Marchione in the 43rd District, talked about his candidacy before the 2016 election with The Post-Star editorial board. Looking on is Post-Star Editor Ken Tingley and former Publisher Terry Coomes.

The Tingleys don't get many opportunities to be together these days, but when we do, we are usually smiling. Thank you all for reading about our many adventures.