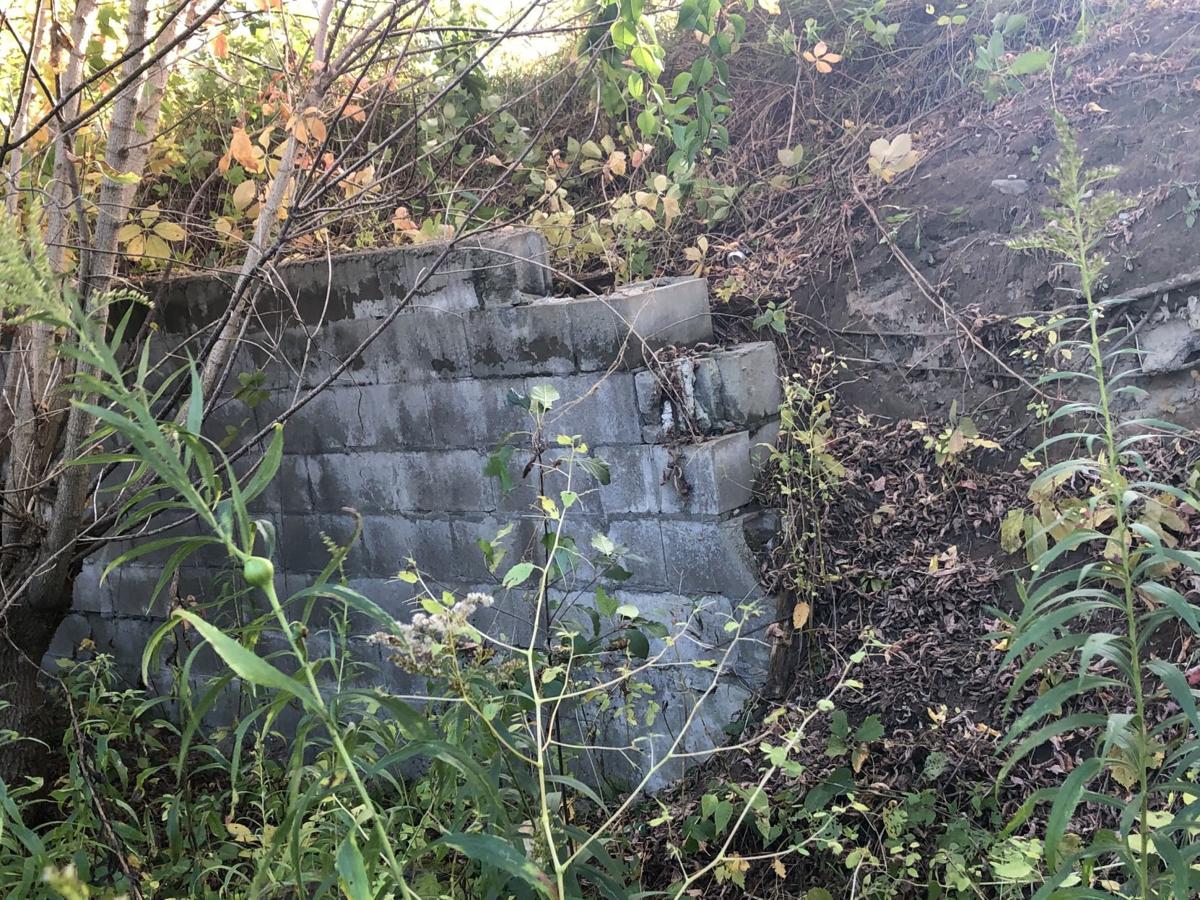 This collapsing retaining wall behind the Tiki Resort in Lake George is being blamed for allowing contaminants into a wetland near Lake George. 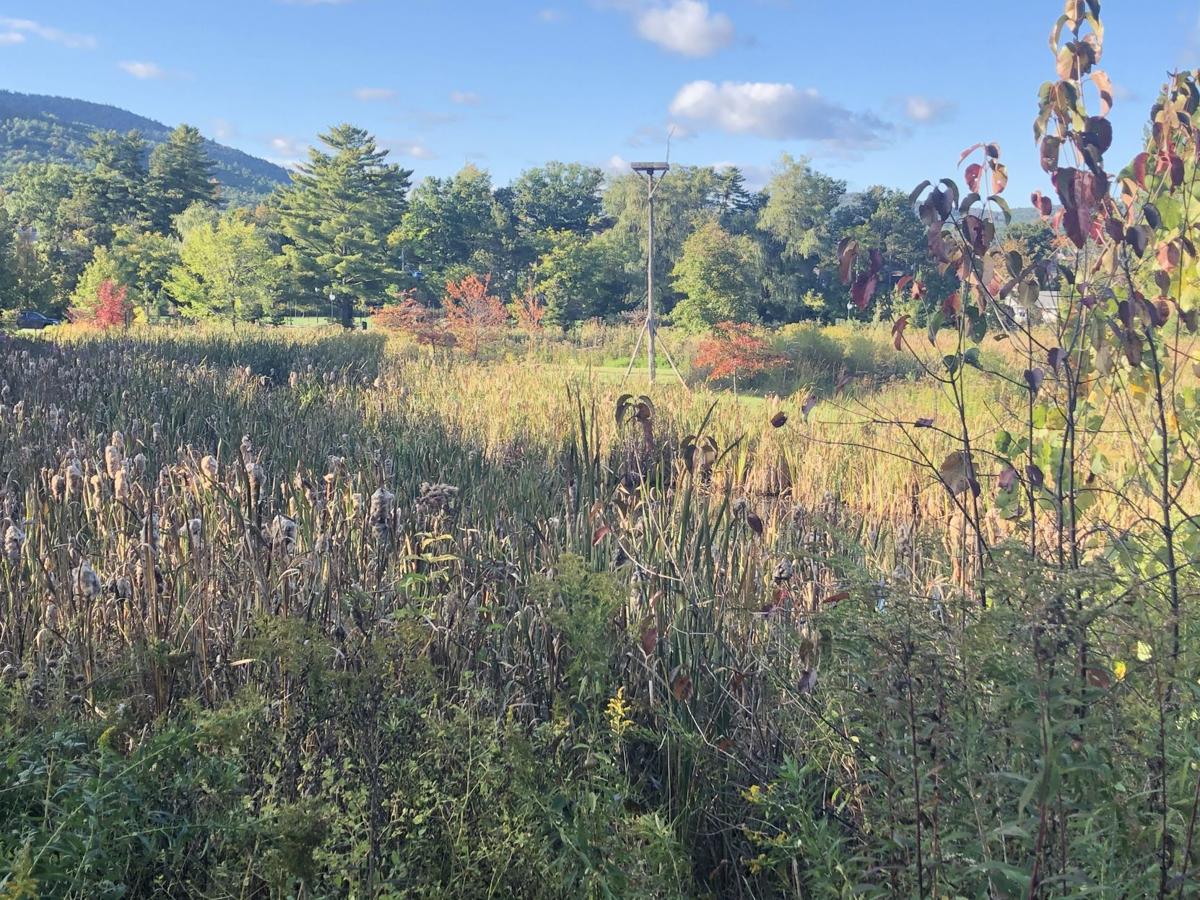 The man-made wetlands on the site of the former Gaslight Village Amusement Park. A nearby business' broken retaining wall is being blamed for allowing road salt runoff and stormwater to get into the wetlands.

LAKE GEORGE — Environmental experts have figured out what is causing stormwater runoff that has undermined a large section of retaining wall on the south side of Charles Wood Park, but who will pay for repairs that are needed to the wall remains to be seen.

The wall is behind the Tiki Resort, just south of West Brook Road’s intersection with Canada Street, and portions of it have been slowly giving way over a period of years.

County officials said the breaches in the wall are allowing sediment and road salt to make their way into the man-made wetlands on the south parcel of the park outside the channels that were established by the project.

The wetlands are designed to filter stormwater before it gets to West Brook and into Lake George, but the concern is that other sediment from the Tiki property is leaching from the embankment adjacent to the wall. Further damage to the wall or a collapse could endanger those walking the trails in the park and put more sediment in the ponds.

Lake George Supervisor Dennis Dickinson said an Oct. 5 article about the situation in The Post-Star prompted Tiki owner Hanif Khimani to reach out to him to discuss the situation.

He said Khimani told him that changes that occurred during the reconstruction of Route 9 several years ago, which included reworking of the entrance to the hotel and raising of the highway, had altered the stormwater runoff pattern. The runoff was believed to be undermining the retaining wall.

“It’s a minor issue, relatively easy to fix,” Dickinson said of rerouting the stormwater. “He (Khimani) is willing to do a joint project, a small retention basin to give us some (stormwater) settling.”

However, county Public Works Superintendent Kevin Hajos said it was unclear who was going to fix the damaged portions of the retaining wall and pay for those repairs. There was no cost estimate for the repairs as of Wednesday.

He said county officials and their counterparts from the village of Lake George plan to reach out to environmental groups who helped create the wetlands to see if they can offer assistance, but there was possibility of municipal crews doing the work and the park owners going to court to seek payment for the work.

A woman who answered the phone Wednesday at the Tiki Resort said Khimani was not available, but said that he has been in communication with Lake George officials about the park wall and runoff issues for about two years and has been working to find solutions.

She said the retaining walls do not seem to be collapsing and “overgrowth” is the issue.

LAKE GEORGE — A retaining wall behind a Canada Street hotel is collapsing into part of Charles Wood Park, and the park’s municipal owners are …

This collapsing retaining wall behind the Tiki Resort in Lake George is being blamed for allowing contaminants into a wetland near Lake George.

The man-made wetlands on the site of the former Gaslight Village Amusement Park. A nearby business' broken retaining wall is being blamed for allowing road salt runoff and stormwater to get into the wetlands.