LAKE LUZERNE — Investigators on Monday were still trying to piece together what caused the fire that damaged the Lake Luzerne home of celebrity TV chef Rachael Ray on Sunday night.

A cause of the fire, which broke out around 7:30 p.m. at 22 Chuckwagon Drive, may take more than a week to determine, said William McGovern, the chief investigator for the state’s Office of Fire Prevention and Control.

“It’s a routine process,” he said. “This is an investigation like we would do with any type of structure fire. It doesn’t matter who they are.”

State investigators were called in due to the extensive damage to the property, said Brian LaFlure, director of Warren County’s Office of Emergency Services.

Still, he expects investigators to finish collecting evidence at the scene sometime Monday. From there, investigators will work to piece things together.

The fire, he said, appears to have started on the second floor of the residence, and caused extensive damage to the roof.

Ray along with her husband, John Cusimano, and dog Bella, were home when the fire broke out, but were able to escape without injuries, LaFlure said.

No injuries were reported among first responders either, he said.

On Monday, Ray took to Twitter to thank emergency crews for “saving what they could of our home.”

“Thank you to our local first responders for being kind and gracious and saving what they could of our home. Grateful that my mom, my husband, my dog … we’re all okay. These are the days we all have to be grateful for what we have, not what we’ve lost,” she tweeted.

The Luzerne-Hadley Fire Department responded to the scene shortly after 7:30 p.m. Sunday, according to Ted Backus, the department’s chief.

Flames were already exiting through the roof of the residence when crews arrived, he said.

There are no fire hydrants near the residence, which sits about a half-mile from Route 9N. That made battling the flames difficult, Backus said.

Crews from 14 fire departments were called in, and several tanker trucks were needed to extinguish the flames. It took around two hours for emergency crews to get the fire under control, Backus said.

“Water was an issue to start with; there’s no hydrants there,” he said.

On Monday, the area was quiet. Warren County sheriff’s officers were spotted entering the scene, but emergency crews had the area blocked off. Fire departments were called back out to the scene for a rekindle at about 4:30 p.m.

The residence sits on top of a private dirt road.

Recently, Ray has spent time in her Lake Luzerne home taping episodes with her husband for her New York City-based TV show as the coronavirus pandemic shut down production.

LaFlure said the incident has sparked international interest. His office has fielded calls from outlets like Inside Edition and CNN, to name a few.

But Ray is a resident and her privacy should be respected at this time, he said.

“We’ve had a lot of people try to get to the scene,” he said. “Please try and respect her privacy.”

Investigators say a fire that damaged Rachael Ray’s house in Lake Luzerne started in the chimney of a wood-burning fireplace. 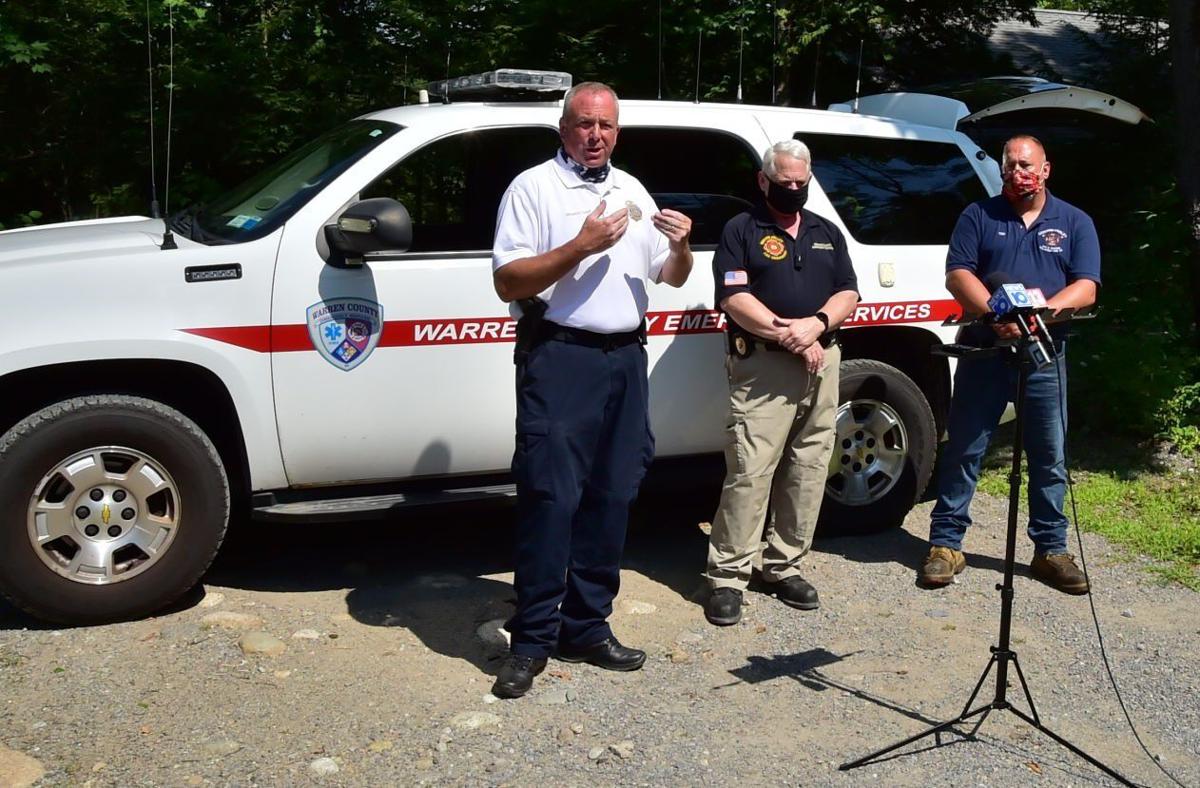 William McGovern, chief investigator for the state's Office of Fire Prevention and Control; Brian LaFlure, director of the Warren County Office of Emergency Services; and Ted Backus, the chief of the Luzerne-Hadley Fire Department provide an update to Sunday night's fire at the home of celebrity chef Rachael Ray on Monday in the parking lot of the Longhorn Saloon and Pub on Route 9N. Investigators said it could take more than a week to determine what caused the fire. 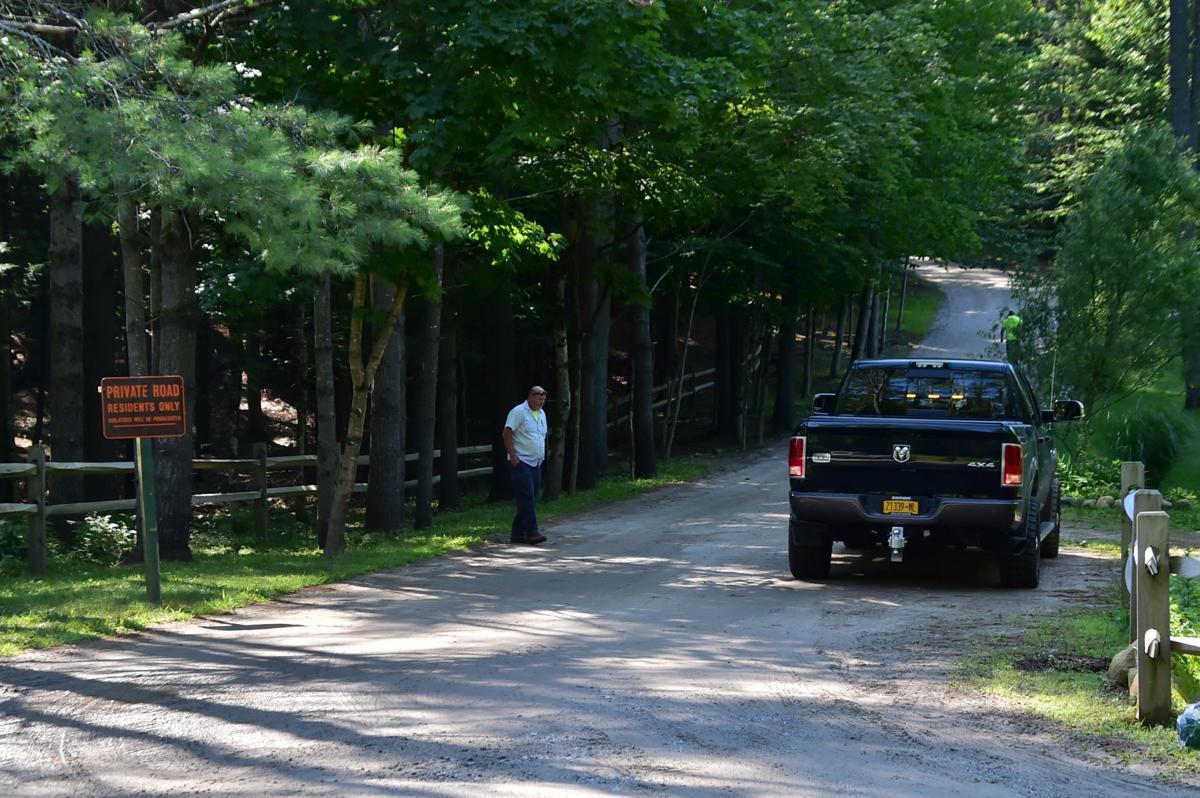 The private road leading to 22 Chuckwagon Drive is seen blocked off by fire investigators on Monday. Celebrity Chef Rachael Ray along with her husband, John Cusimano, and dog Bella, were home when the fire broke out and were able to escape without injuries. 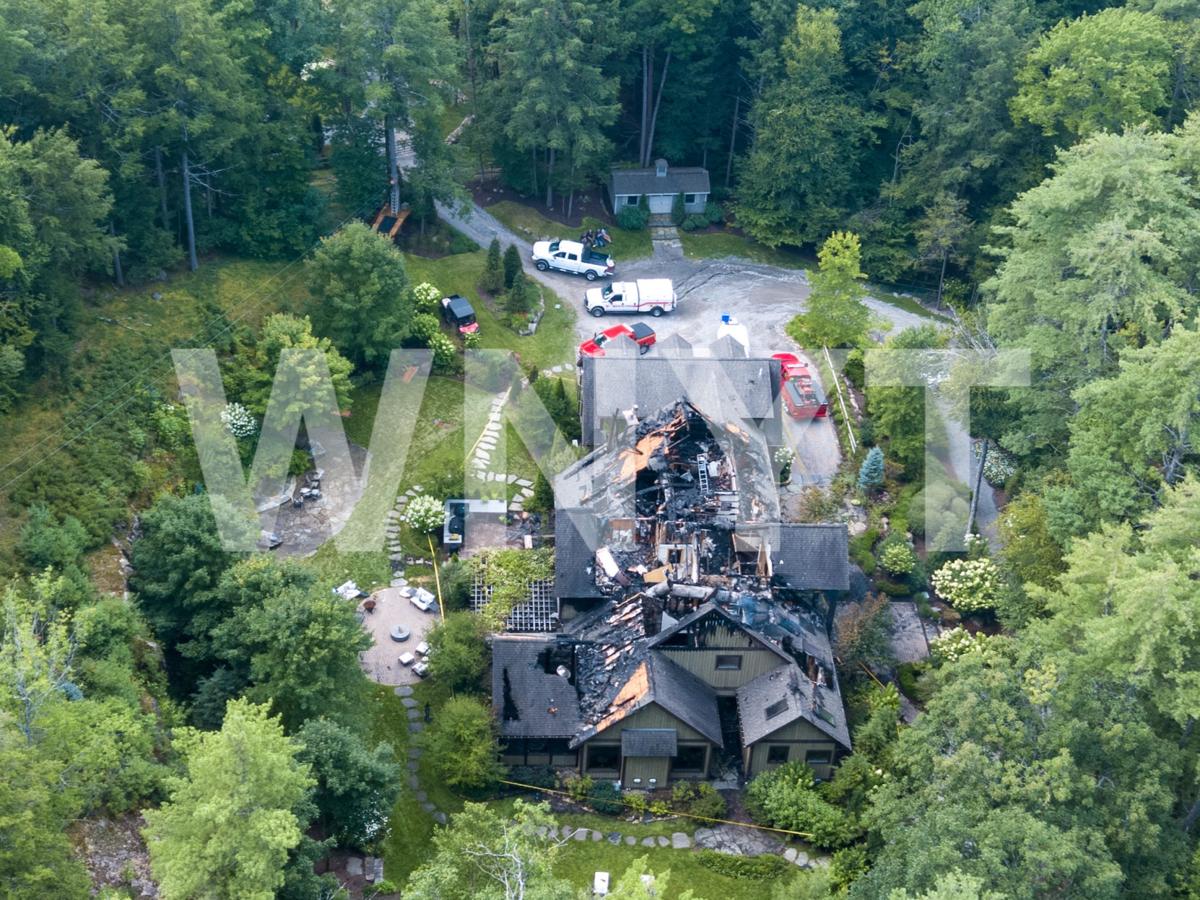 An aerial image shows the extent of damage to Rachael Ray's home in Lake Luzerne following a fire Sunday evening. 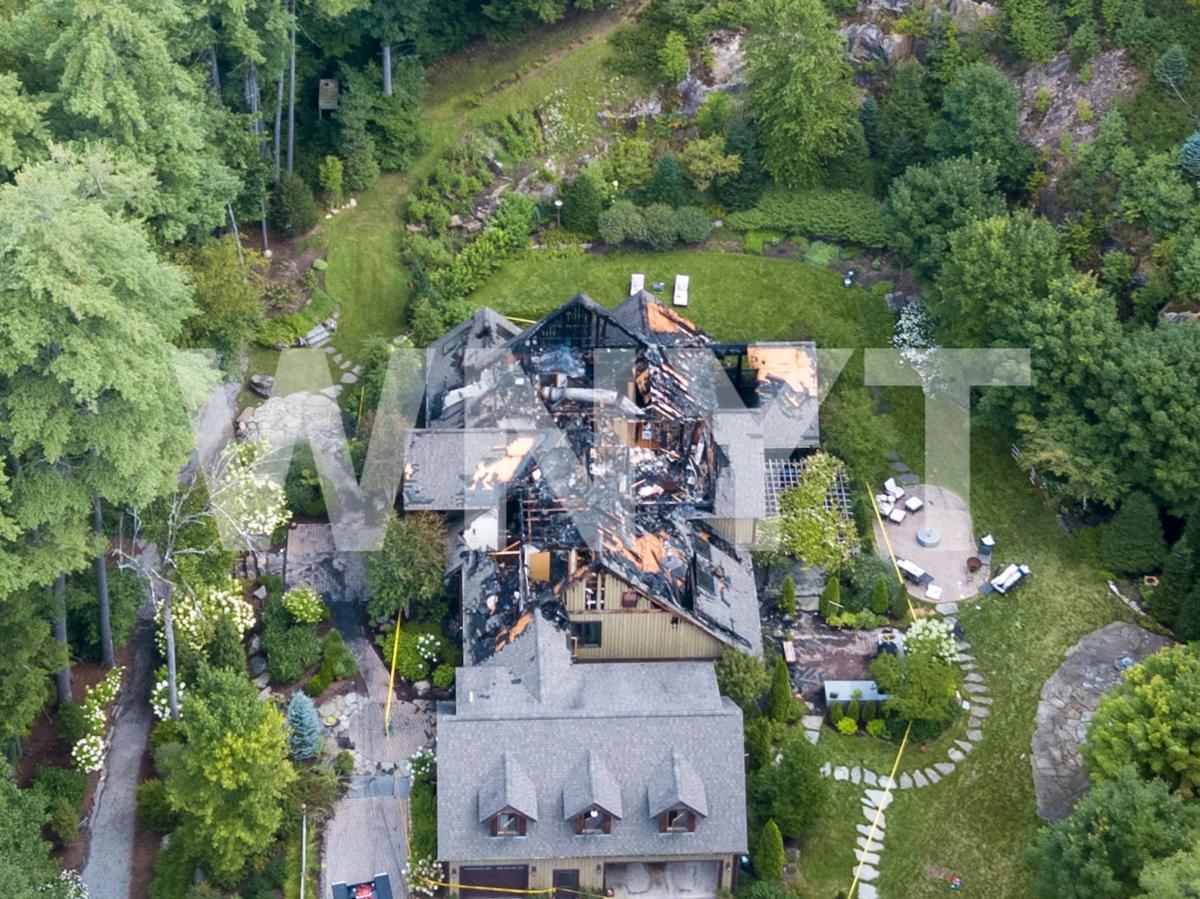