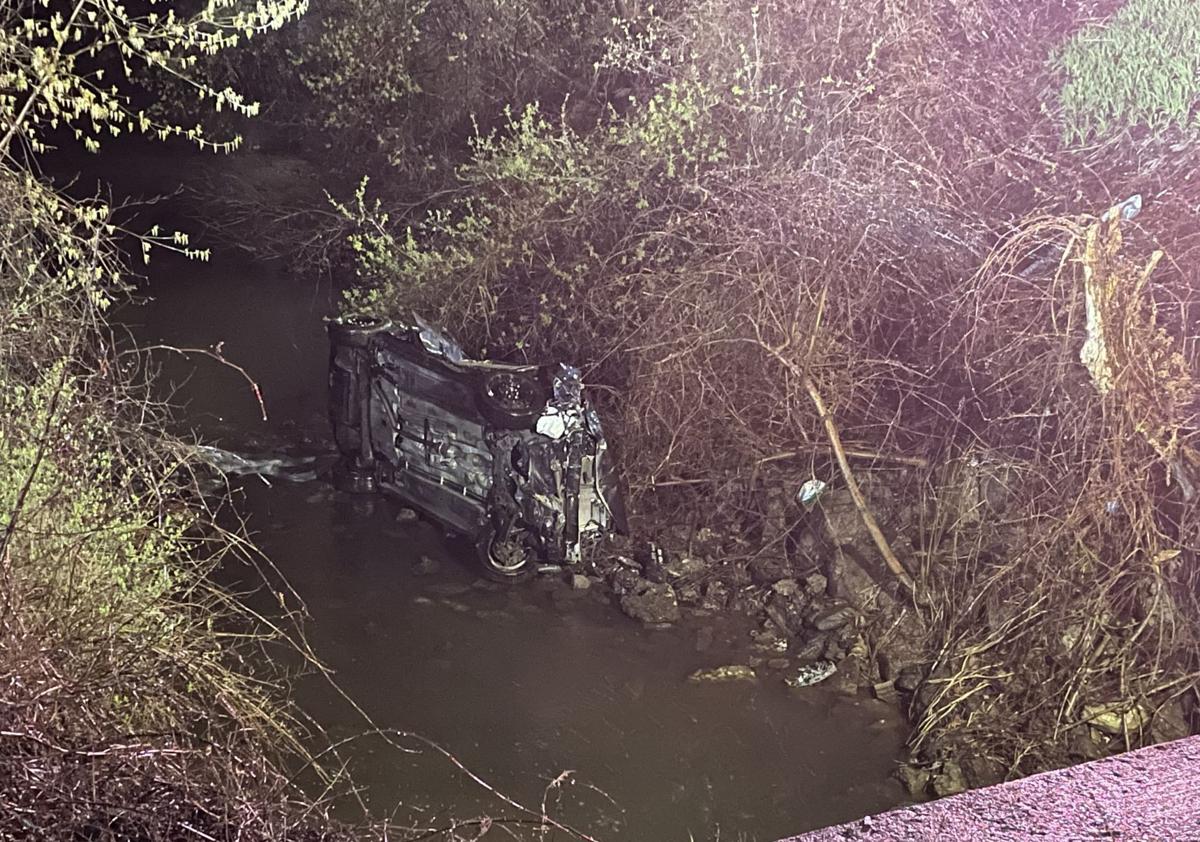 Seen here is a car that went into the Feeder Canal on Thursday night. 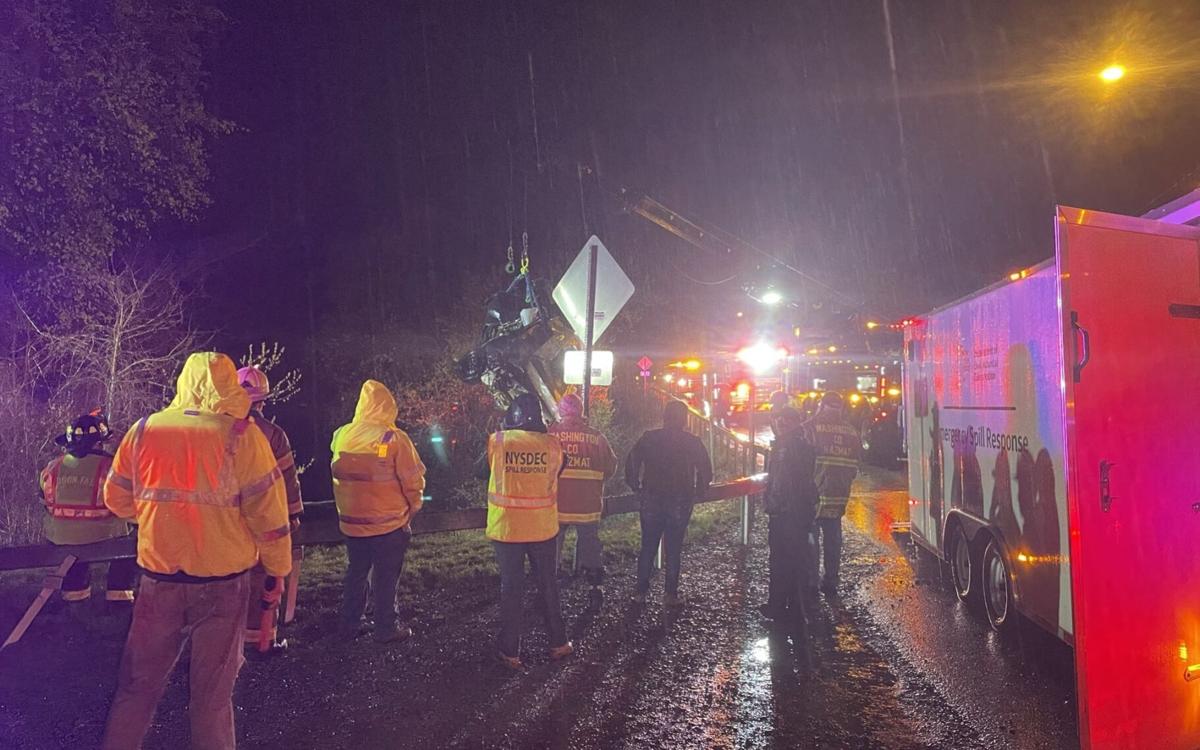 Emergency personnel watch a crane pull a vehicle out of the Feeder Canal in Hudson Falls on Thursday night. Police said a driver trying to avoid animal went off the road into the canal.

HUDSON FALLS — A car crashed into the Feeder Canal in Hudson Falls on Thursday night.

The accident happened just before 10 p.m.

The car went up over the guardrail and into the canal near the Five Combines area, according to Tim Hardy, deputy director of the Washington County Department of Public Safety.

Hardy said the Washington County team deployed some containment booms so the fluids could be contained on one side of the canal. DEC brought a contractor to vacuum up any spilled fluids.

A crane removed the vehicle from the water without incident.

The scene cleared just after midnight, according to Hardy. There were no reports of injuries.

The Hudson Falls Police Department did not return a message seeking comment about the specifics of the crash or the driver.

A Saratoga Springs man was arrested on Friday after police said he attempted to force a person out of a car to steal it.

The Onondaga County man accused of causing a Northway crash that killed a Horicon man in 2019 has been indicted on a second-degree murder charge.

Bonacio Construction Co. will rehab a pair of city-owned buildings along South and Elm streets and construct a multi-story parking garage as part of the city’s Downtown Revitalization Initiative.

Seen here is a car that went into the Feeder Canal on Thursday night.

Emergency personnel watch a crane pull a vehicle out of the Feeder Canal in Hudson Falls on Thursday night. Police said a driver trying to avoid animal went off the road into the canal.