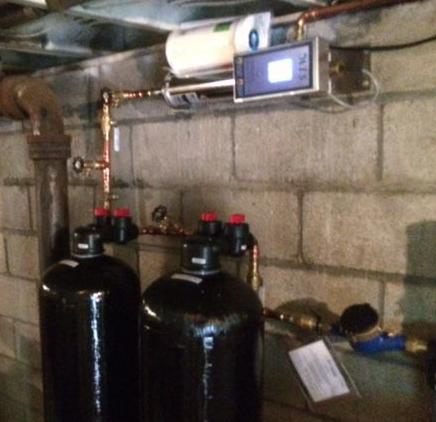 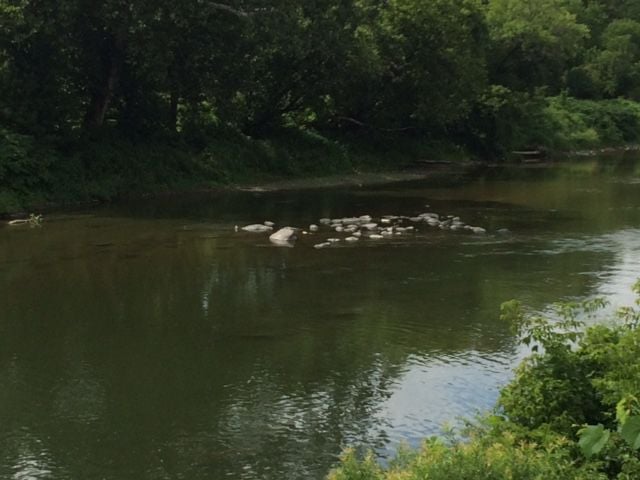 The Hoosic River is seen Wednesday in White Creek. The river may be the source of PFOA in White Creek and neighboring communities. 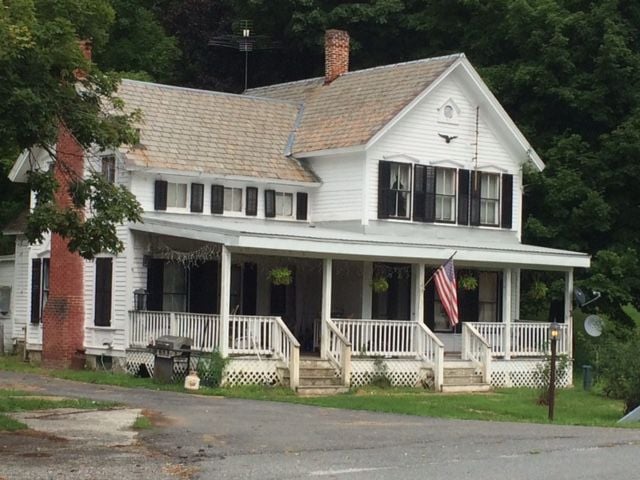 A house on River Road is seen in White Creek. It is one of several that were found with PFOA in its well water.

WHITE CREEK — State environmental officials are investigating the source of PFOA contamination found in wells in White Creek near the Hoosic River.

The state Department of Health has found concentrations of the chemical at levels above the Environmental Protection Agency’s advisory limit of 70 parts per trillion in 27 of the 126 well samples in southern Washington County, according to information provided by state health and environmental officials.

PFOA was not found in 32 of the samples and results for 13 are pending.

Perfluorooctanoic acid, a chemical that was used in nonstick coatings or commonly known as Teflon until its phase-out in the early 2000s, has been found in water supplies for residents of Hoosick Falls and Petersburgh in Rensselaer County as well as in North Bennington, Vermont.

Prolonged exposure to the chemical could result in risk of cancer, birth defects, or problems with the liver, immune system, and thyroid, according to the Environmental Protection Agency.

The state in May reached a settlement with the Saint-Gobain and Honeywell companies to clean up the contamination found in the Hoosick Falls area and pay for the cost.

As a result of its Hoosick Falls investigation, state officials have been testing wells in southern Washington County since April, according to Rob Swider, environmental health director for the state Department of Health’s Capital Area Environmental Health Program.

“Working our way north, we noticed that wells were showing contamination going into Washington County, so we expanded that investigation along the Hoosic River, following areas where we were still detecting contamination in private wells,” he said.

The state DEC has installed 26 filtration systems, known as point-of-entry-treatment systems, in White Creek and two in Cambridge to remove PFOA from the affected wells.

The treatment system includes a pre-filter that takes out sediment; then the water is sent through a granular-activated carbon filter to remove the PFOA, according to Mike Ryan of the DEC’s Division of Environmental Remediation. Ultraviolet light destroys any bacteria.

Until the filtration systems are installed, residents can obtain free bottled water at Tops in Hoosick Falls.

State officials do not know the source of the contamination but are continuing to investigate, according to Ryan.

“In addition to the known plant sites, we’ve had a number of reports of illegal disposal sites in and around the town of Hoosick,” he said.

DEC offers to install free point of entry systems systems on drinking water wells in impacted areas in Washington County. Residents interested in well testing and installation of the systems should call the state’s Water Quality Hotline at 1-800-801-8092.

State officials prioritize the well sampling in southern Washington County based on location, according to the Health Department’s Charlotte Bethoney. “We’re working out from the area closest to the Hoosic River,” she said.

Officials are also going door to door to see if residents want their water sampled.

White Creek Supervisor Robert Shay said among the areas that have had positive tests in wells are along River and Turnpike roads. He does not know the source of the contamination.

“No one seems to have an idea why because we don’t have any of those types of plastic manufacturing plant around us,” he said.

Among the causes that have been speculated are air pollution, acid rain, runoff from chemicals used in agricultural fields and perhaps from the Hoosic River, according to Shay.

“We’ve had a major flood down there in that end of Eagle Bridge a few years ago, where the Hoosic River flooded into just about every home on that road,” he said.

Peter Brown of 26 Center Road, which is off River Road, had a reading of 658 parts per trillion in his well. The Department of Health put in a filtration system, which he said is working fine.

Brown said he has been trying to fix up his house so he can leave it to his son one day. But the PFOA contamination is looming large.

“This is my son’s inheritance. Is it going to be a ghost town?” he said.

Brown has Lyme disease and other health issues, but he does not think they are connected to PFOA. He is a smoker and also has chronic obstructive pulmonary disease.

White Creek resident Dean LeBarron, who lives at 53 River Road, near the border between Washington and Rensselaer counties, said there were 100 parts per trillion of PFOA in his well water.

His immediate neighbors did not test positive for PFOA, but another resident farther down the street did. LeBarron said he is not sure why positive results are showing up on some properties and not others.

Anne Walton of 320 River Road had a reading of 248 parts per trillion in her well.

“I was surprised. We’ve been drinking it for 10 years,” she said.

She is not sure whether she can attribute any health effects to the water. She is at risk for osteoporosis. She also worked in Hoosick Falls for a time at a diner. Her husband does not go to the doctor, but complains of not feeling well.

She said local industry should have not have been using and dumping chemicals.

“They should have warned us years ago when they knew about it,” she said.

Tou can read Michael Goot’s blog “A Time to Learn” at www.poststar.com or his updates on Twitter at www.twitter.com/ps_education.

Route 149 is closed between the intersection of Route 9L and Route 4 because of a car crash.

Three store clerks have been charged after police said they sold alcohol to people who were not at least 21 years old.

The Hoosic River is seen Wednesday in White Creek. The river may be the source of PFOA in White Creek and neighboring communities.

A house on River Road is seen in White Creek. It is one of several that were found with PFOA in its well water.