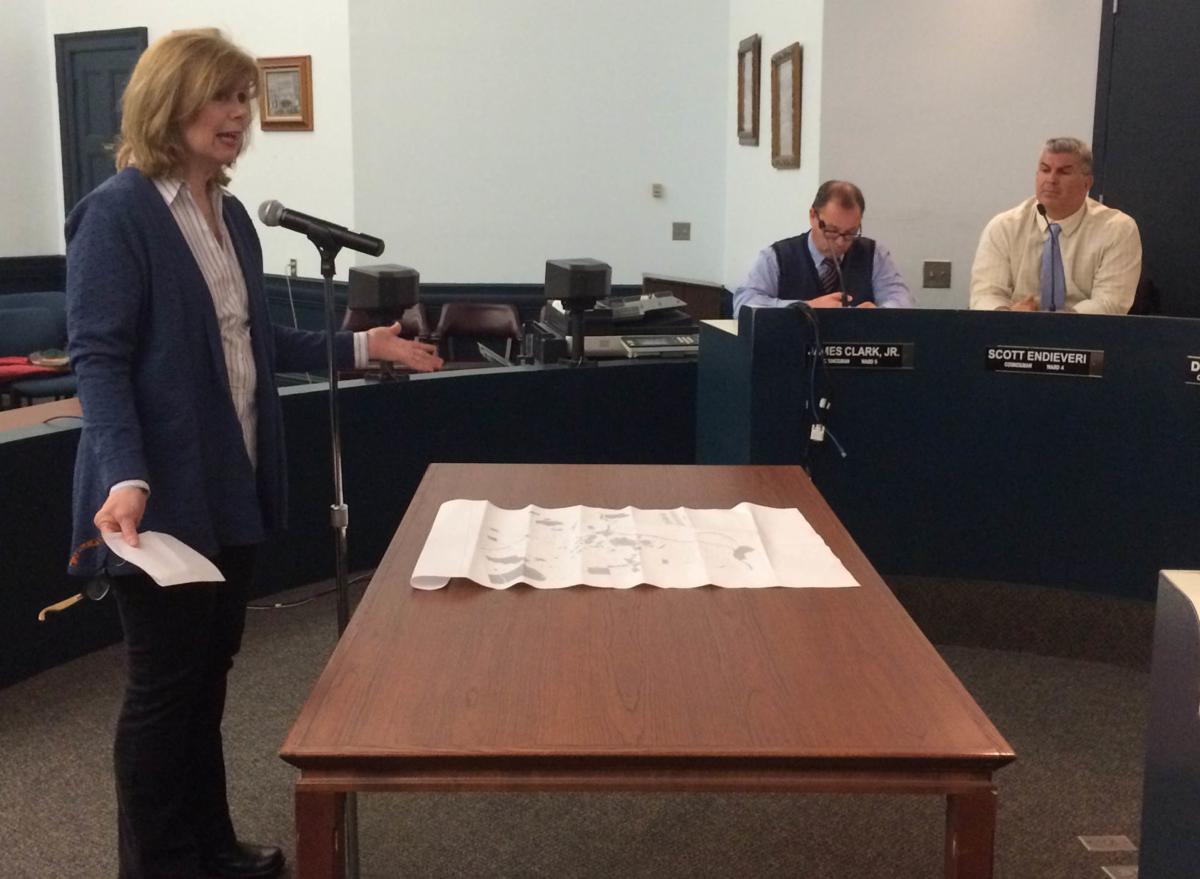 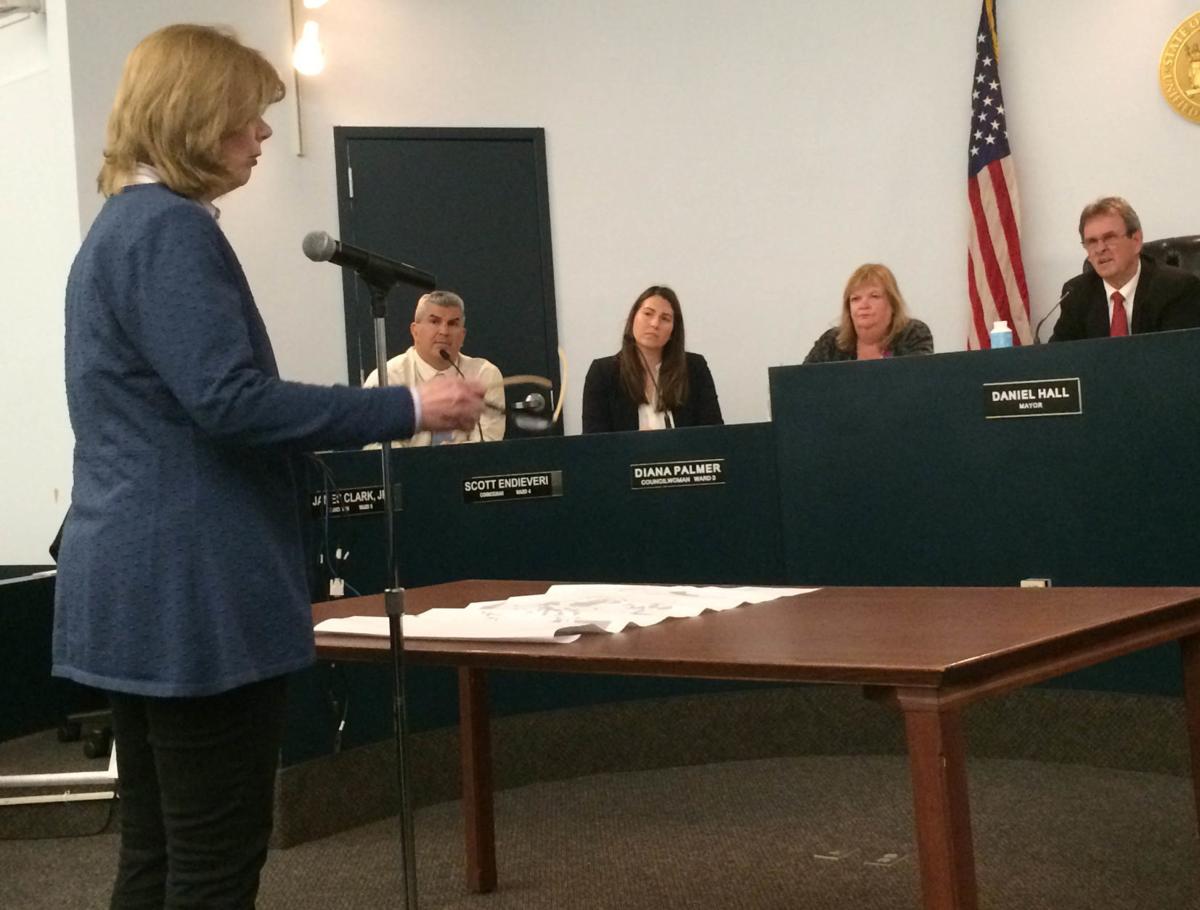 GLENS FALLS — Elizabeth Miller, owner of Miller Mechanical Services, on Tuesday said she may have to move her business out of Glens Falls because she cannot find sufficient space for expansion, and she criticized the proposal to put a 29-unit apartment building on industrial land on Cooper Street where she had wanted to build.

Miller has been adamantly opposed to the project by the Warren-Washington Association for Mental Health to construct an apartment building at the former Mullen Iron Works site at 47-50 Cooper St. About half of the units would be for the mentally ill and the other units set aside for homeless and victims of domestic violence.

Miller said she has a brother who was schizophrenic, so she understands the issue.

Miller believes the city needs to preserve industrial property. She has offered to buy the Cooper Street property from the agency, but it has declined. She said she is offering to build a manufacturing facility that would provide good-paying jobs.

“We’re ready to build and move into a facility and I need some place to move,” she said.

Miller said she was planning to purchase the property after it came up for sale and had discussions with EDC Warren County President Edward Bartholomew. The property was a brownfield site and had to be cleaned up.

“Shame on me and I didn’t do my homework and have a right of first refusal,” she added.

However, at the time it came up for sale, Miller said she was knee deep in the project to renovate The Park Theater in downtown Glens Falls.

She said she had explored the vacant Price Chopper building on Cooper Street, but the Golub Corp. wants about $1.4 million for it, and Miller said she believed there might be some environmental remediation required on the site.

She said she also inquired about buying The Post-Star’s storage building lot on Cooper Street, but the newspaper wants to sell its entire 5-acre site.

If she does not have any options, she said she is going to move her whole operation to Fort Edward next to Doty Machine Works, which she also owns.

Miller said she is concerned that the Cooper Street project is for an “institutional housing shelter” for the mentally ill and there are three elementary schools within a short distance.

Miller said that residents of the First Ward deserve consideration.

“It’s a great little community over there. People are investing in their homes,” she said, adding that she believes residents’ property values would decrease when this project is built.

Also, the property will be off the tax rolls because the apartments will be managed by a nonprofit agency.

“I feel the Common Council has a responsibility to make Glens Falls the best it can be,” she said.

Miller is active in the Glens Falls scene. She is also on the board of the Adirondack Civic Center Coalition.

“Do you really think we don’t want Glens Falls to be the best it can be?” he asked.

Collins also pointed out that this is not a homeless shelter, but it serves people who are mentally ill as well. The people that would receive services there are already living in the community but are not receiving counseling and support services. It is not the same type of mission as the Open Door homeless shelter, he said.

Collins said the city does not have much of a choice of what happens on the site. The Warren-Washington Association for Mental Health owns the property.

“It’s not as (if) we can say we’re going to take the property away and give it to you,” he said.

He agreed that the city has too many tax-exempt properties — about 25 percent of its total valuation. He said he would like to tax all not-for-profits.

“That will get me drummed out of the city too. I think we should start with the Glens Falls Hospital,” he said, adding that the hospital has been facing financial challenges and likely not in a position to help.

“I don’t think we would be hearing the concerns if a church would want to be building on that property,” he added.

Miller’s own Park Theater project currently has a five-year payment-in-lieu-of-taxes plan with the Glens Falls Industrial Development Agency. She paid nearly $7,000 in city, county and school taxes in 2018. The building is assessed at $1.1 million. The taxes would have been nearly $17,000 without the PILOT.

Fourth Ward Councilman Scott Endieveri asked if the opponents would be more amendable if the Warren-Washington Association for Mental Health did a PILOT. It is considering paying a $5,000 PILOT, which is what the vacant lot is currently generating in taxes.

Resident Nancy Underwood said she believed $5,000 would not be enough unless there was some type of contractual agreement in which the fees could increase if the project generated a certain number of calls for city services.

She cited the fact that one special education student attending Abraham Wing School from the planned apartment building could stress the budget.

Councilman Jim Clark said the mayor is putting together an ad-hoc committee to look at how the nonprofits are affecting the city and whether they could provide some type of assistance to offset the services they require.

Clark added that people forget that Common Council members live in the city and are affected by the tax increases just as much as anyone else.

Planning Board review next

Miller got up again to speak during the second public comment period, criticizing why First Ward Councilman Jim Campinell had not been speaking up about this project.

Campinell said he attended the Planning Board meeting on April 4 in which a preliminary sketch plan was presented.

He said he was going to speak but no public comment was taken. He said he has been receiving calls from his constituents and doing his research on the issue. He wants to find out more about how the agency’s facility in Hudson Falls is working and talk to Glens Falls Housing Authority Director Robert Landry about the homeless problem.

Mayor Dan Hall said he would get back to Miller personally about her concerns.

Underwood said it is not that residents do not want this in their backyard. She said she believes there are too many social services in this section of the city.

“We’ve welcomed everyone and now we’re saying: ‘When do we get a say? When does our voice matter’” she said.

Elizabeth Miller, of Miller Mechanical Services located on Cooper Street, has filed a lawsuit in state Supreme Court of Warren County seeking to stop the Warren-Washington Association for Mental Health’s project, which was approved by the Glens Falls Planning Board in September. The lawsuit highlights mental health services closing, zoning and the use of rain gardens at the site.