Coronavirus update: As many as 63 US cases suspected as disease also spreads to Europe

Bravos to the Washington County Historical Society for publishing a women’s suffrage calendar to celebrate the 100th anniversary of the 19th Amendment, giving women the right to vote. It’s good to remember that women have only received the rights of all citizens for a couple of generations now and that it took the valiant actions of women such as Susan B. Anthony, who lived in Greenwich, to get women the right to vote. It’s hard to believe women have only had that right for 100 years.

Bravos to new Warren County Sheriff Jim LaFarr for being front and center and providing an example of the type of interaction he is expecting from his staff when they engage with the public going forward. LaFarr plans on putting on a uniform and manning a patrol car on a regular basis to meet with local citizens and get their feedback as he promotes a “community policing” policy in Warren County.

Bravos to the partnership between business owner Scott Schwartz and Glens Falls High School students to create a mural that represents Glens Falls. The project has been three years in the making with Schwartz’s Hill Electric Supply providing the panels needed to create the art work. The colorful finished product is a 60-foot mural on the side of Schwartz’s business. Originally, there were about six students involved in the early planning, but as the years passed, that number grew to over 20. The panels were installed onto the side of the Hill Electric building last week. The hope is that visitors will see this as a warm welcome to Glens Falls.

Bravos to Moreau Supervisor Todd Kusnierz for releasing two letters from former Planning Board member Reed Antis’s personnel file to provide justification for not re-appointing Antis to the Planning Board. Kusnierz originally refused to release the information, leaving concern about whether this was strictly a political decision. We applaud Kusnierz’s decision to be more transparent on this matter.

Boos to Gov. Andrew Cuomo for failing to address the ongoing controversy over bail reform in his State of the State message. It was the most important issue that needed to be addressed, and it was a grave oversight not to do it.

Bravos to Gov. Andrew Cuomo for his callout to Sen. Betty Little during his State of the State message. Little is not seeking re-election in the fall. “Betty Little will be missed by everyone, myself included,” Cuomo said during this speech. It was a rare moment when politics disappeared in Albany to recognize a public servant with an impeccable reputation.

Republican voters should get to decide

Boos to Republican county judge candidates Rob Smith and Gary Hobbs for agreeing to put their fates in the hands of 128 Republican committee members. The pair agreed beforehand that they would not enter into a primary no matter who the committee endorsed. We believe it is more in the spirit of our democracy for their fellow Republican voters to decide who should be the candidate in the fall, rather than a smaller group of connected representatives.

Chairman should have released vote count

Boos to Warren County Republican Chairman Mike Grasso for not releasing the exact vote by the Warren County Republican Committee in endorsing Matt Simpson in the 114th Assembly District. Grasso said that exact totals are not released by the committee. We wondered why not. If political parties want to get beyond the image of backroom deals, they can start by releasing the exact votes when they decide on an endorsement. Listing names of all members of the committee would be in the spirit of transparency, too.

COMMENTARY: The last time the Senate impeached, they got their man

Once upon a time, there was a Senate impeachment trial, where Rep. Adam Schiff was the lead House impeachment manager, courtly law professor J…

EDITORIAL: As impeachment moves forward, we all need to be impartial

The editorial board of The Post-Star asks all its readers to also take an oath of impartiality as they follow the impeachment trial of the president.

BLOG: More on the Kusnierz-Antis feud

This political story will never die. 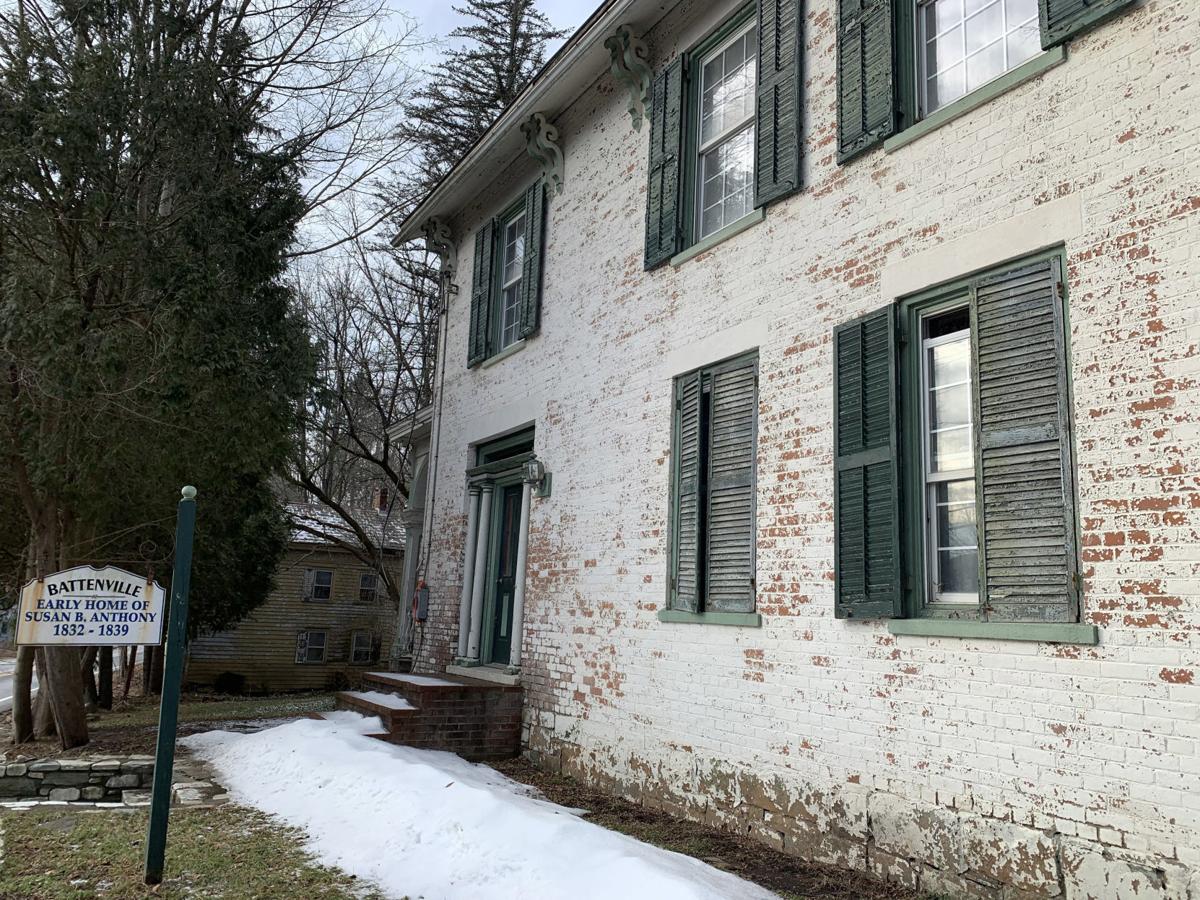 Susan B. Anthony's childhood home is located in the hamlet of Battenville in the southern Washington County town of Greenwich, as seen earlier this month. The state announced it will fund $700,000 in renovations for the home falling in disrepair. 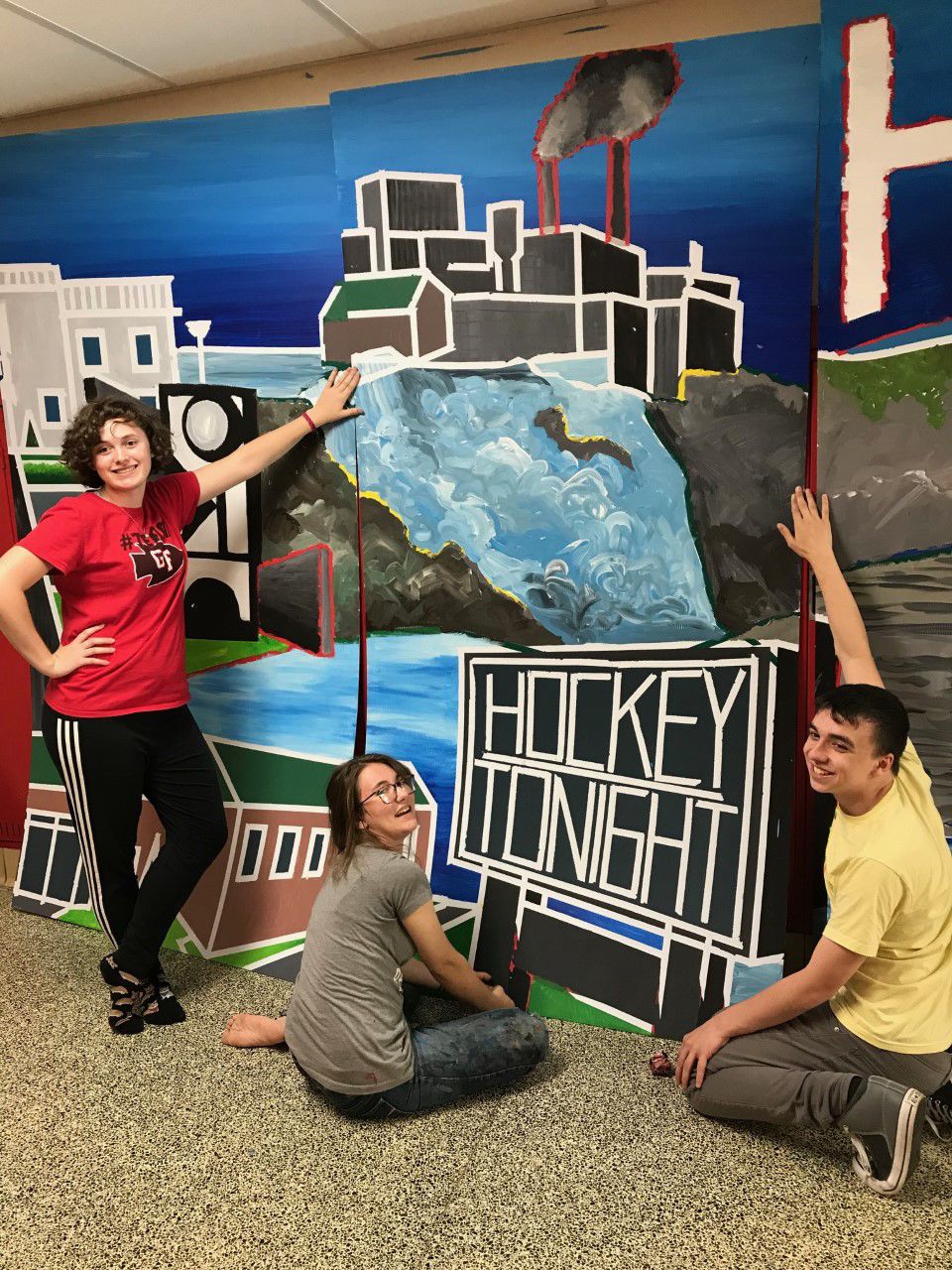 Glens Falls High School art club students, from left, Nora Blohm, Mady Weil and Brandon Hunt, work on a 60-foot mural that is now completed and being installed on the side of Hill Electric Supply on Broad Street in Glens Falls. 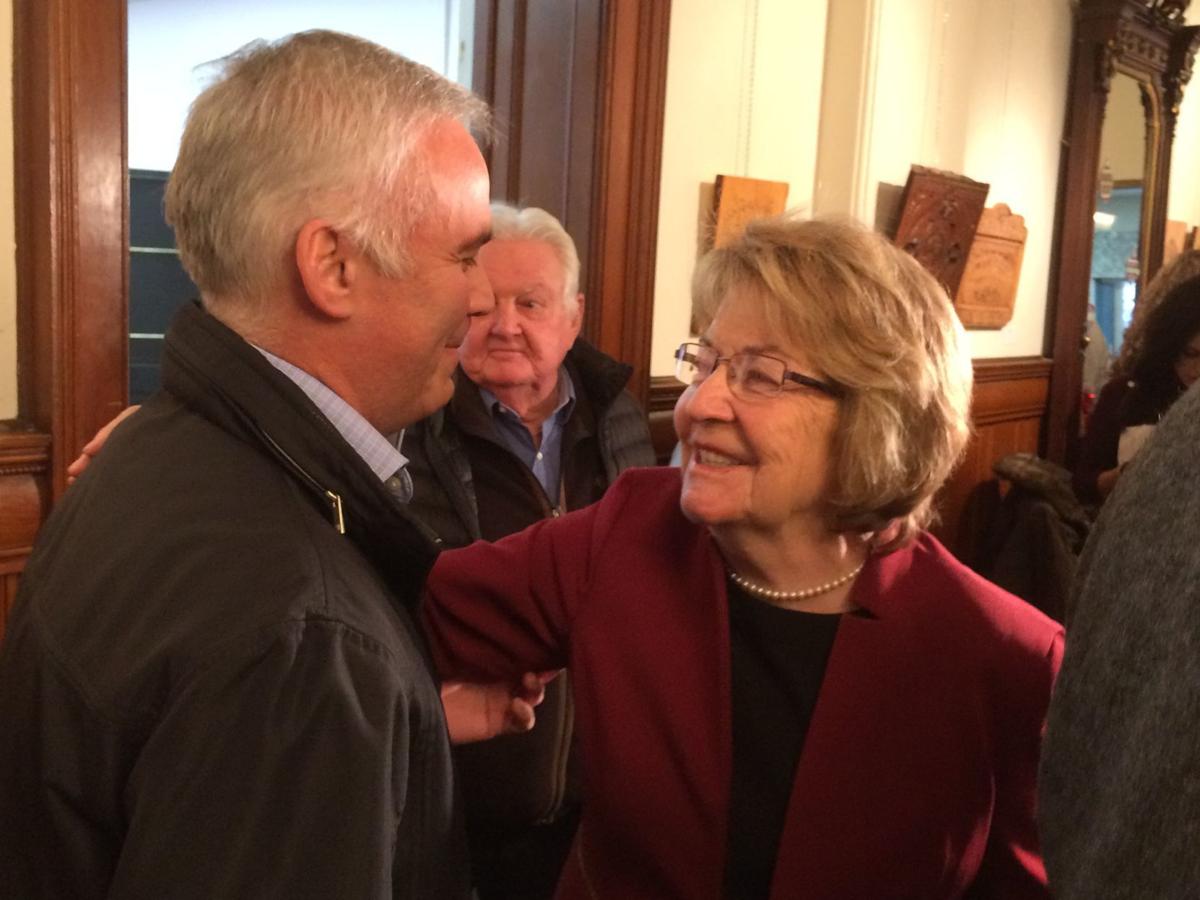 Sen. Betty Little, R-Queensbury, chats with Horicon Supervisor Matt Simpson after announcing Dec. 5 that she will not seek re-election in 2020. 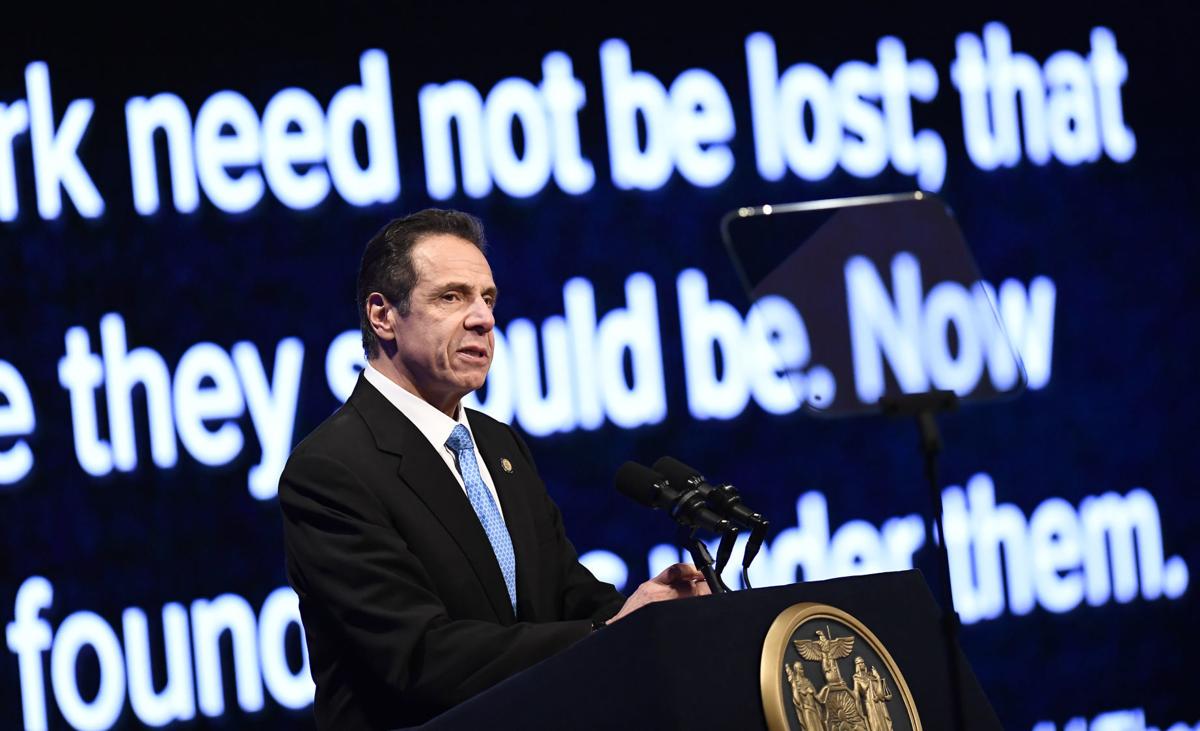 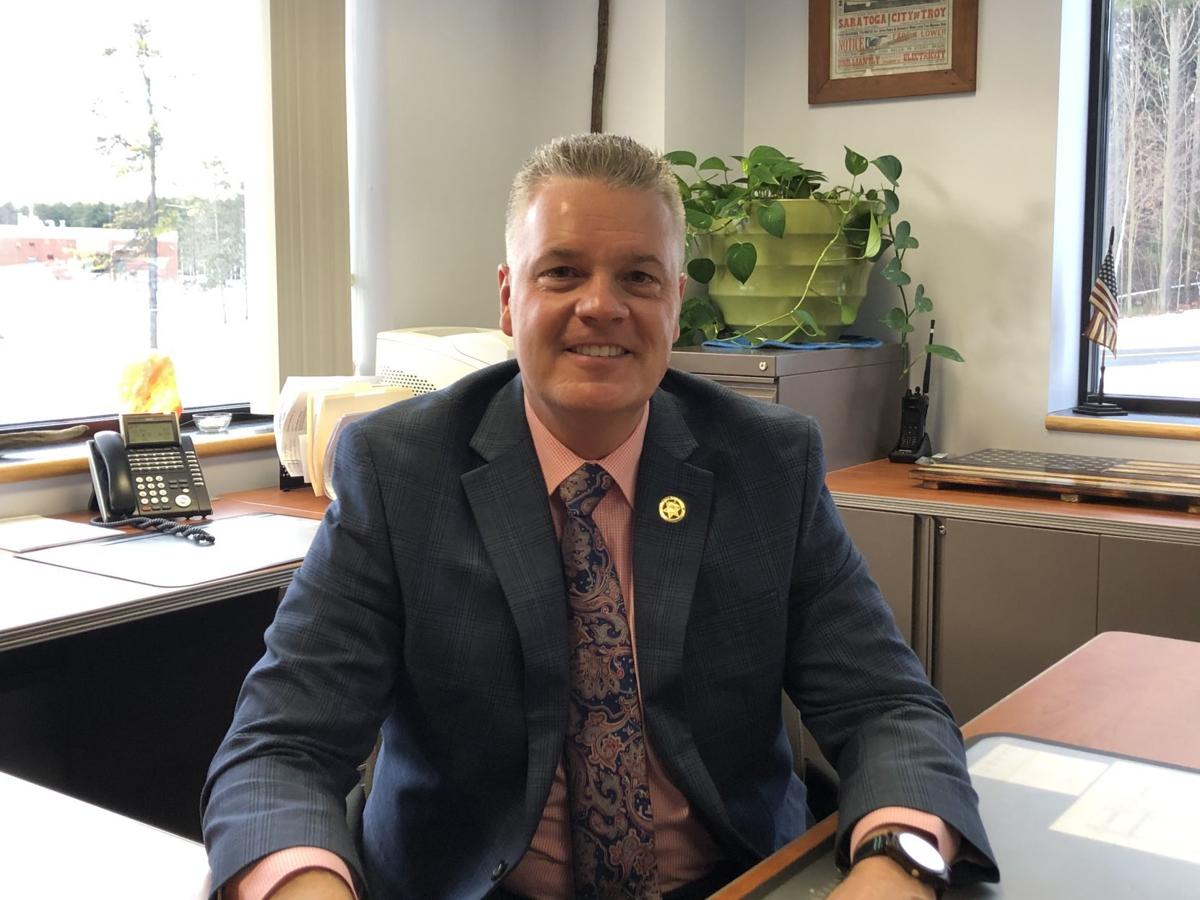 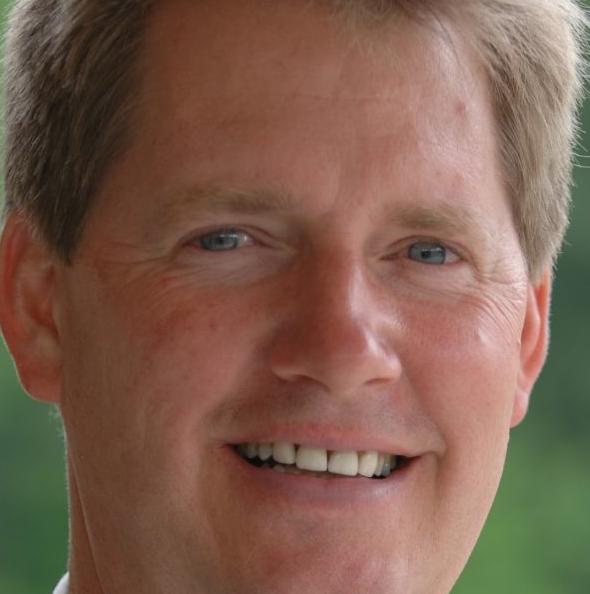