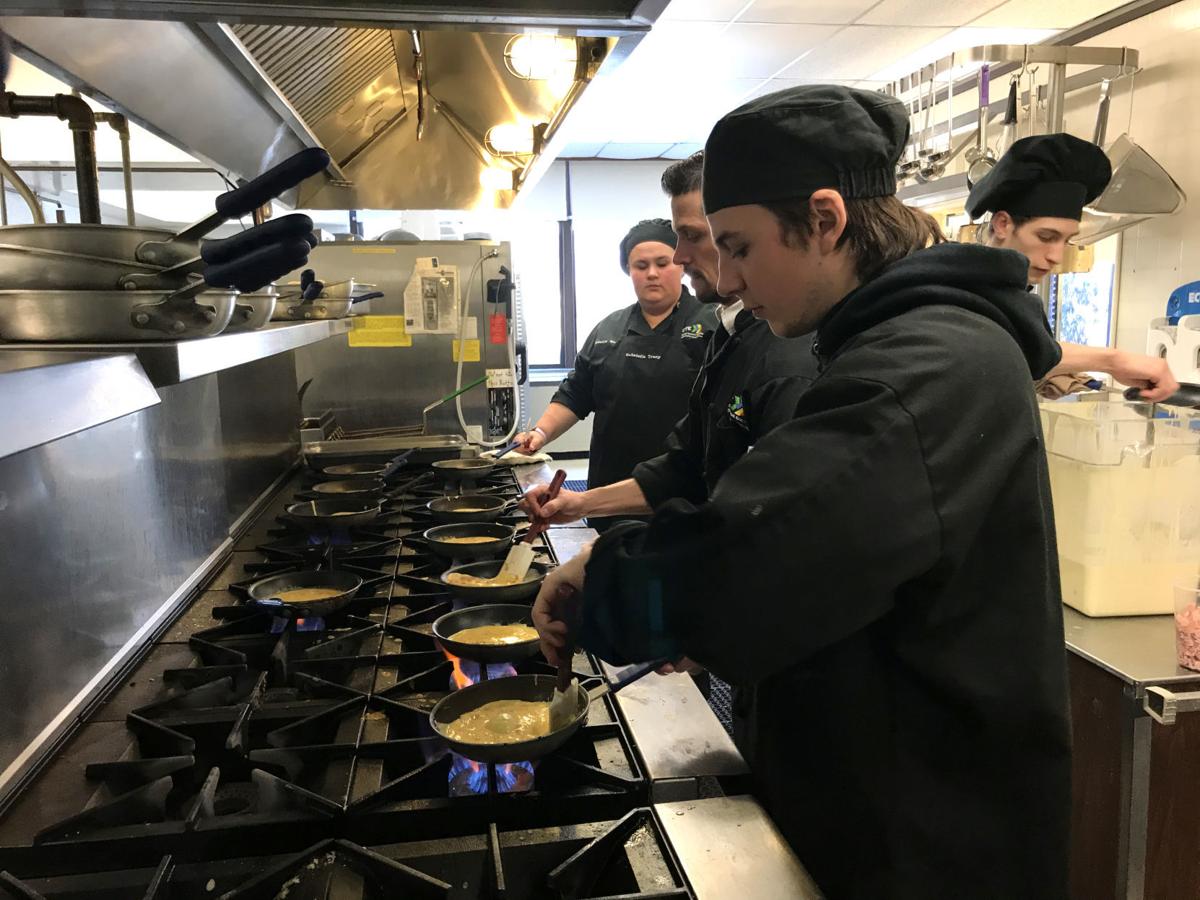 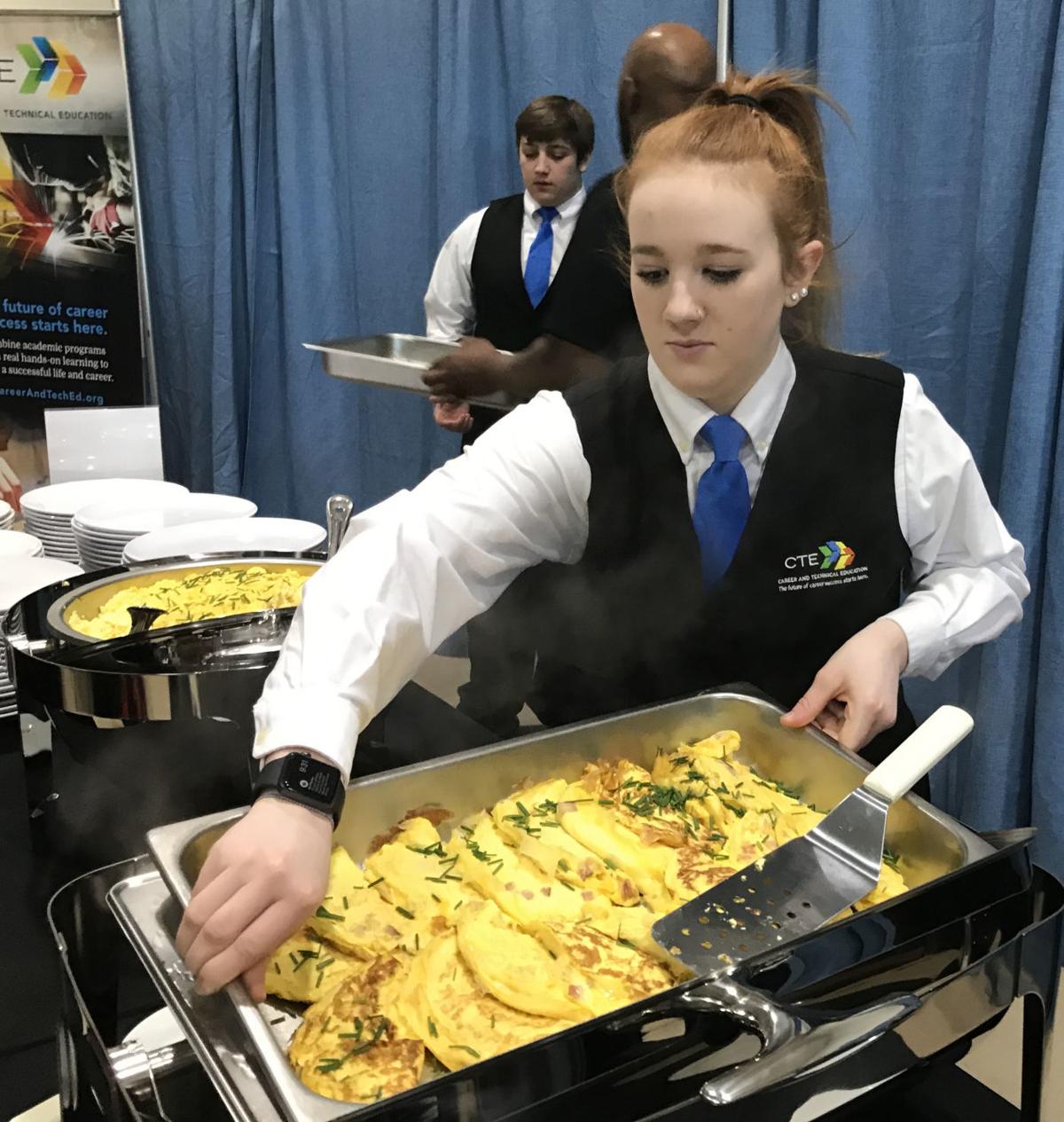 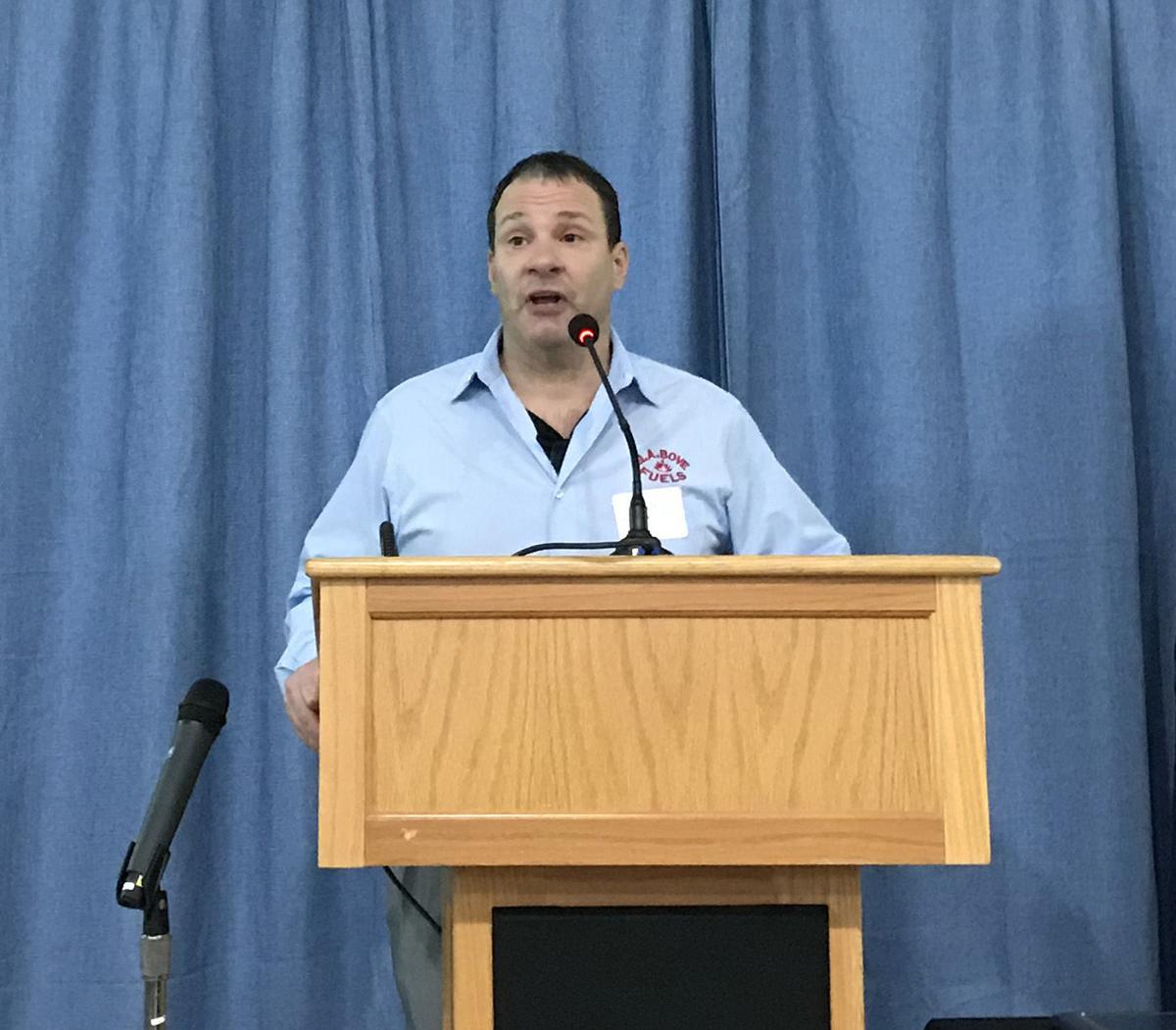 John Bove, of G.A. Bove & Sons, tells legislators Friday that he can't find enough mechanically trained people to fix his customers' furnaces. Even though he starts them at $22 an hour, paying senior techs $90,000 a year, and offers to pay for training, he still has room for three to five more employees. He urged state legislators to increase funding for BOCES to train more young people in the trades. 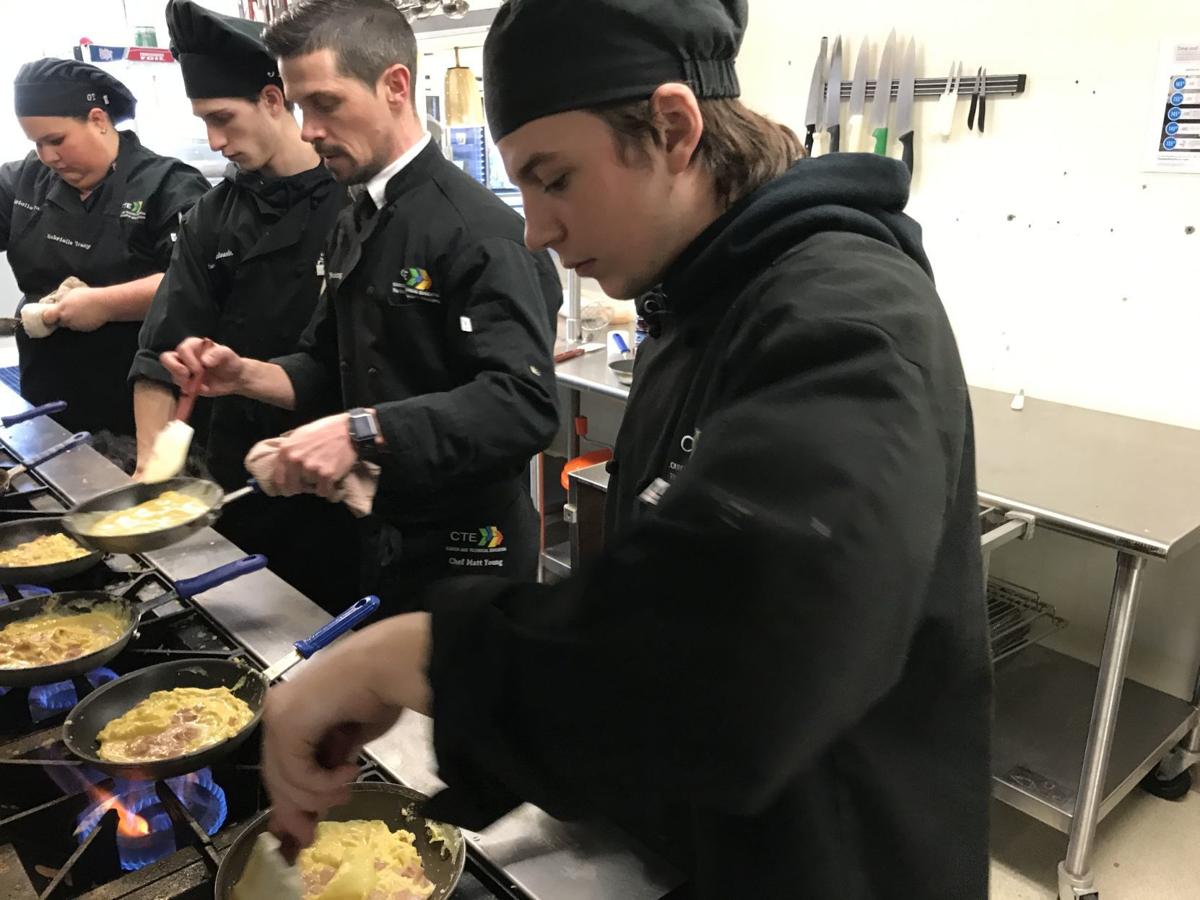 Amid pancakes with bananas Foster topping made by culinary arts students, regional BOCES administrators made their pitch.

“We’re hearing from our industries every day that we continue to not have enough kids in the trades,” said Queensbury schools Superintendent Doug Huntley at the annual Legislative Breakfast at the BOCES Southern Adirondack Education Center.

The state provides funding for the first $30,000 in salary for each BOCES instructor. But they are now paid about $65,000.

Currently, school districts must decide how many students they can afford to send because the classes are not fully covered by state aid.

Students credited the program with helping them decide what they want to do — and what they definitely don’t want to do.

Hannah McFarren, 18, of Greenwich, said she wanted to quit on her first day of health services because she learned that her skills would lead to a job caring for elderly people in nursing homes. She was horrified by that prospect.

Her instructor was unimpressed by her reaction.

“They would not let me quit,” she said. “And I am so thankful they didn’t.”

She learned leadership skills, developed ambition and is now joining the Marines, she said.

“And I never would have done any of it without BOCES,” she said.

Others fell in love with cooking, repairing machines, driving trucks or building houses. Their projects — including building a full house — were showcased during the breakfast.

As legislators digested, John Bove of G.A. Bove & Sons gave a speech about why more students should be encouraged to go into the trades.

He described two of his young employees, both in their early 20s. One was urged to go to college, but never finished. He spent three years at it before realizing he “didn’t have the aptitude,” Bove said, and went to work fixing furnaces for Bove. The other joined Bove right out of high school and is now paid more.

The one-time college student is now saddled with debt, no degree, and feels like he “wasted three years of his life,” Bove said. “He’s discouraged.”

Bove blamed adults who advise all high school students to aim for college.

“A lot of them shouldn’t be there,” he said. “They were misled.”

Instead, he said, they should have the opportunity to explore their talents in high school, perhaps learning that they are mechanically inclined and have good job prospects without a need for a college education.

“College is great, tech is great, but someone’s gotta fix things around here,” he said.

He pays his senior technicians $90,000 a year for a 50-hour-a-week job repairing furnaces and other equipment. New technicians start at $22 to $23 an hour and he even offers to pay for their training and let them “work it off” later, he said. In five years, he expects to be paying his senior techs $40 an hour.

But even so, he can’t find enough employees to keep up with demand. So he’s refusing new customers every day, he said.

“We have the work. We don’t have the people,” he said.

Legislators made no promises after the breakfast, but Sen. Betty Little, R-Queensbury, said BOCES has always had her support.

“I love all the school districts and I love BOCES,” she said.

The Adirondack Regional Chamber of Commerce Leadership Adirondack Class of 2019-2020 has partnered with WSWHE BOCES and the Employment Training for Adults program to provide a scholarship program to help increase the number of skilled trade workers in the region.

Sen. Betty Little has regularly visited the students at WSWHE BOCES. In honor of her retirement, BOCES gave her a surprise tribute video.

John Bove, of G.A. Bove & Sons, tells legislators Friday that he can't find enough mechanically trained people to fix his customers' furnaces. Even though he starts them at $22 an hour, paying senior techs $90,000 a year, and offers to pay for training, he still has room for three to five more employees. He urged state legislators to increase funding for BOCES to train more young people in the trades.