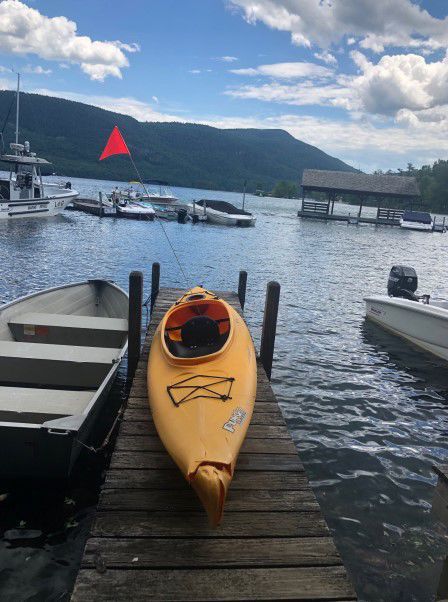 A kayaker leapt out of this kayak on Friday just before it was struck by a boater driving a Hacker Craft wooden boat on Lake George. 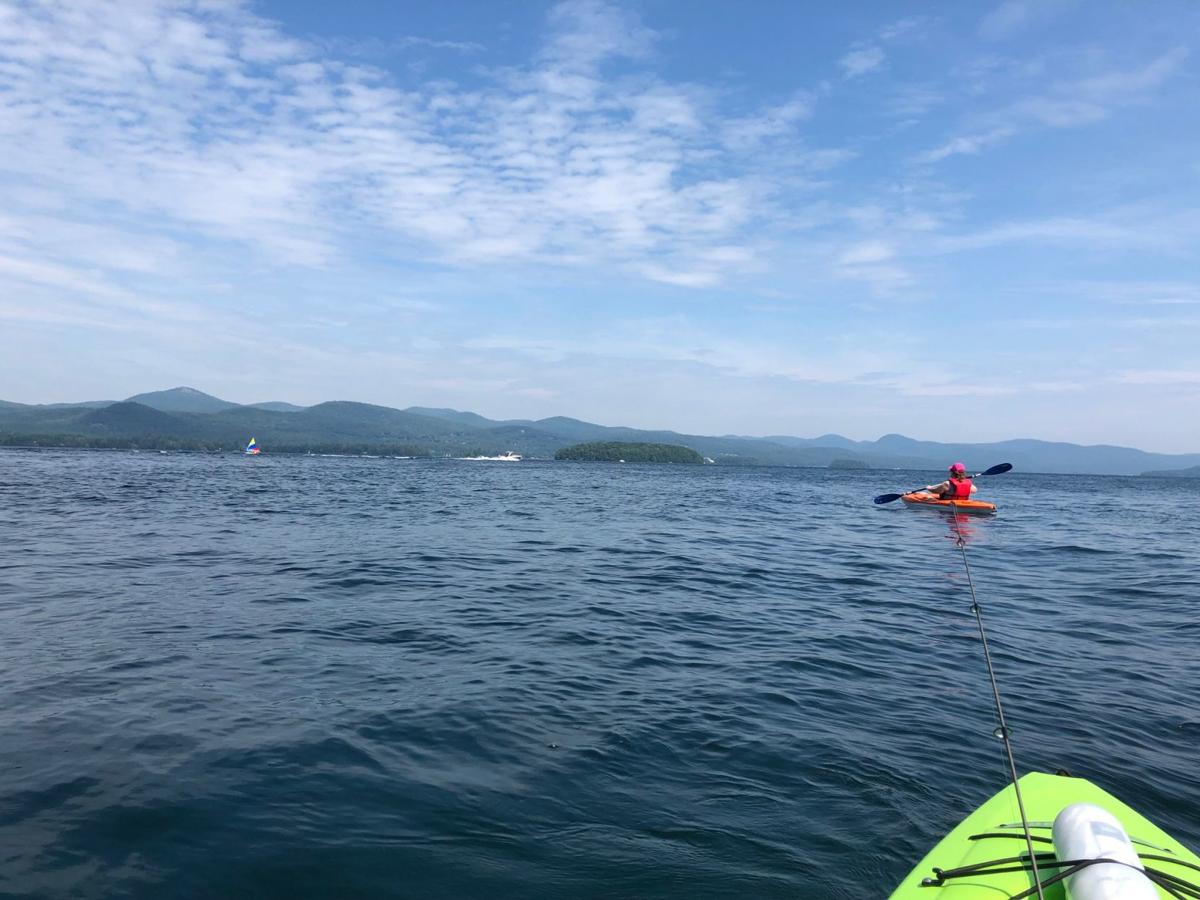 Two kayakers paddle on Lake George last summer. The lake is viewed as a tough one for kayakers because of choppiness and heavy boat traffic. An elderly man in a kayak was seriously hurt last August in a crash with a motorboat.

A near-miss last week on Lake George, in which a woman jumped out of her kayak as an expensive wooden motorboat bore down on her, is a reminder of the dangers of boating on the lake.

Several people have been killed or seriously injured in recent years in crashes, including an 82-year-old man from Loon Lake whose legs were severely cut last August when his kayak was run over by an inexperienced boater from New Jersey driving a motorboat rented from Chic’s Marina in Bolton Landing.

“She saw it coming. She jumped out of the kayak,” said Joe Johns, head of law enforcement for the Lake George Park Commission, of the crash on Friday.

The motorboat was going about 20 mph, Johns said. Neither the driver of the boat, a Hacker Craft wooden motorboat, nor the woman in the kayak have been identified.

The woman leapt out of the kayak before the motorboat smashed one end of it, and she was unhurt. Staffers from the YMCA center at Silver Bay saw the crash, which took place at about noon, and one of them came out in a boat and pulled the woman aboard.

The woman was kayaking with several friends, all of them guests at Silver Bay, Johns said. She was trailing behind the group, and the man in the motorboat, distracted by the group, failed to see her until the last minute, he said.

All the kayaks were outfitted with warning flags, required on the lake this summer for the first time.

“The kayaker waved their paddle in an attempt to get the boater’s attention but to no avail,” said Steve Tamm, CEO of the Silver Bay center.

Even with flags attached, small crafts can be difficult to spot for drivers of large, fast motorboats.

Johns mentioned two other crashes last summer on the lake that did not result in serious injuries. In one, a woman near Huletts Landing who was pulling her daughter up on water skis and heading into the sun slammed into a canoe, Johns said.

In another near Sawmill Bay, the driver of a rental boat sideswiped a canoe.

Drivers need to pay close attention, Johns said. Swimmers are allowed to venture far from shore — and some do — and they can be very hard to spot in the water.

The Friday crash is still under investigation, and a ticket could be issued, he said.

“The past few years, the rate of accidents has come down,” he said.

A requirement for boat rental businesses to show customers a 6-minute safety video has helped, he said.

“With the number of boats up there out on the lake every day, we’re doing pretty good,” he said.

Although life preservers aren’t required for adults in small boats in the summer (they are required for children 12 and under,) it’s safer to wear one, Johns said.

In 2018, a man from New York City who was not wearing a life vest drowned in the lake after falling out of his kayak.

An Argyle man was arrested on Saturday for allegedly growing marijuana.

For one weekend, Washington County was off-limits to Vermonters.

Two students with COVID who attend a college out of state are quarantining at an otherwise-empty vacation home in Warren County.

The woman was issued an appearence ticket and released.

A kayaker leapt out of this kayak on Friday just before it was struck by a boater driving a Hacker Craft wooden boat on Lake George.

Two kayakers paddle on Lake George last summer. The lake is viewed as a tough one for kayakers because of choppiness and heavy boat traffic. An elderly man in a kayak was seriously hurt last August in a crash with a motorboat.