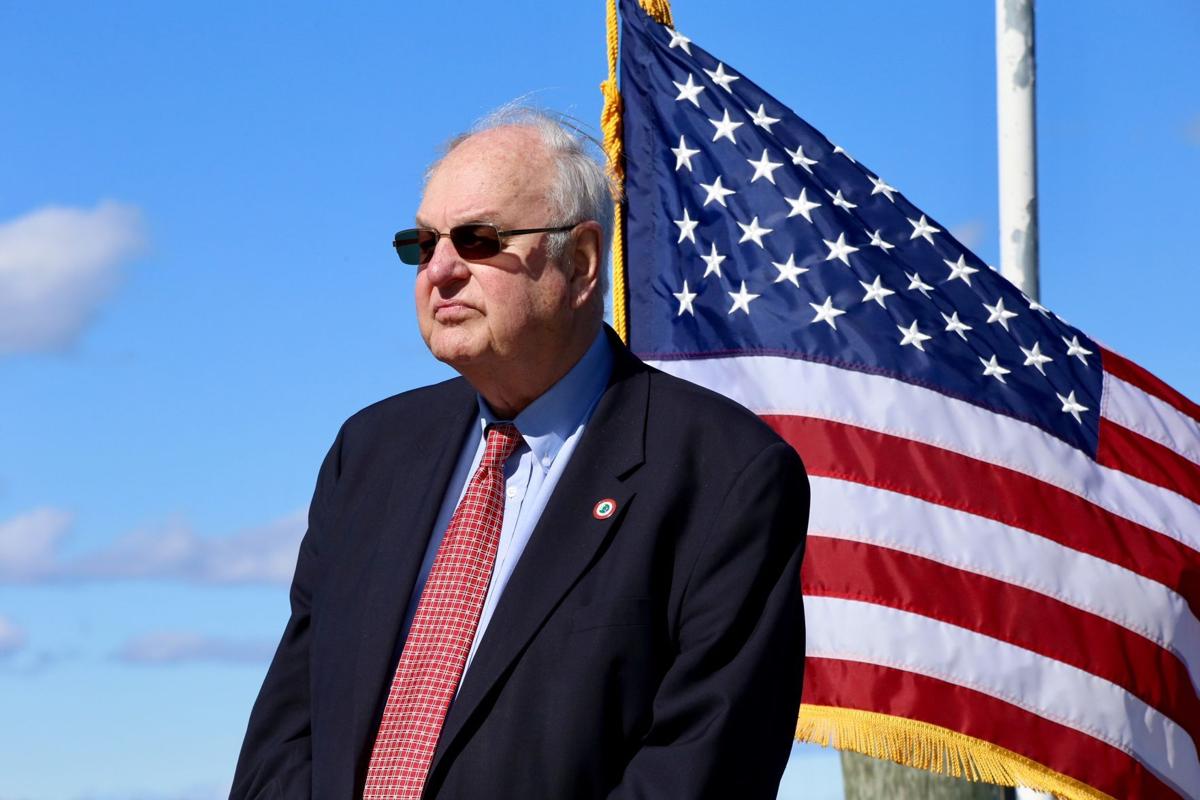 Lake George Mayor Robert Blais is shown in 2019, during a press conference held on the docks of the Lake George Steamboat Company.

Members of Mayor Blais' family were all smiles while a proclamation declaring April 5 Robert M. Blais Day going forward was read aloud. The proclamation was passed in honor of Blais' 50 years as mayor.

LAKE GEORGE — Mayor Robert Blais received a series of surprises Monday on his 50th anniversary as head of the village’s government.

During the village’s annual organizational meeting, conducted virtually because of the pandemic, Blais was joined by members of his family from across the country via Zoom, who were all smiles as a proclamation was read, declaring April 5 Robert M. Blais Day in the village going forward.

The proclamation was passed in honor of Blais’ five decades as mayor.

It was April 5, 1971 when he presided over his first Village Board meeting, shortly after taking his oath of office as mayor.

Blais has taken the same oath 12 times since.

“This is a special occasion for me. Today is 50 years,” Blais said to applause.

He is believed to be the longest-serving mayor in the United States today.

It continues: “And we, the board of trustees, do proclaim April 5 as Robert M. Blais Day in the village of Lake George from this day forward.”

Blais was overcome with emotion as he addressed the board and his family, some of whom joined the meeting from as far away as Columbia, Georgia; Myrtle Beach, South Carolina; and Cambridge, Massachusetts.

“I just want members of my family to know that I’m not going to call on you for any questions or any information,” he said. “My goal is to always get through these meetings with the least amount of problems.”

Blais was first elected as a village trustee in 1968, but decided to run for mayor three years later because he was unhappy with the direction of the village.

He is widely credited for turning Lake George into the popular resort town it is today.

But his tenure at the head of the village’s government is coming to an end. Blais is expected to retire at the end of his term, in 2023.

Earlier in the day, a parade of village vehicles drove by Blais’ house to mark the occasion, and a special lunch was held in his honor.

But the day wasn’t all about Blais, who took the opportunity to share good news with village residents: A $9.4 million state grant the village was awarded last year to help pay for its new wastewater treatment plant is expected to arrive within two months.

The grant was delayed because of the pandemic.

“You can’t make these stories up,” Blais said. “That call came today. It made me feel good, and I know it’s going to make all of our taxpayers feel good.”

He added with a laugh: “If I can only share that with members of my family, everybody watching, it would make me feel good as well.”

Senior royals walk in the Duke of Edinburgh's funeral procession

Senior royals walk in the Duke of Edinburgh's funeral procession

A Washington County sheriff’s deputy has been cleared in a crash in which he fell asleep at the wheel and killed an Argyle woman.

State police released the name of the driver of the truck that struck an overpass in Clifton Park, closing part of the Northway.

A Moreau woman was arrested on Thursday after police said she intentionally set her residence on fire.

A car crashed into the Feeder Canal in Hudson Falls on Thursday night.

The plane that made a successful emergency landing at Warren County Airport on Tuesday night had engine trouble.

Warren and Washington counties are monitoring “breakthrough” COVID cases, in which a vaccinated person catches the virus.

Lake George Mayor Robert Blais is shown in 2019, during a press conference held on the docks of the Lake George Steamboat Company.

Members of Mayor Blais' family were all smiles while a proclamation declaring April 5 Robert M. Blais Day going forward was read aloud. The proclamation was passed in honor of Blais' 50 years as mayor.