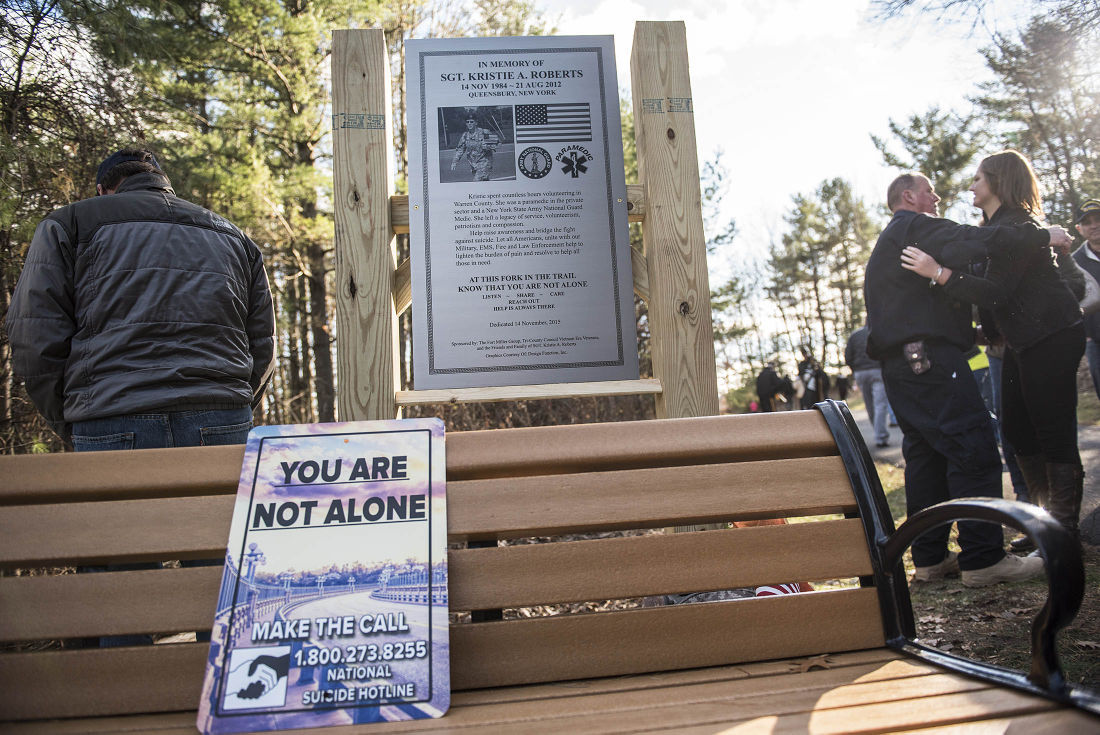 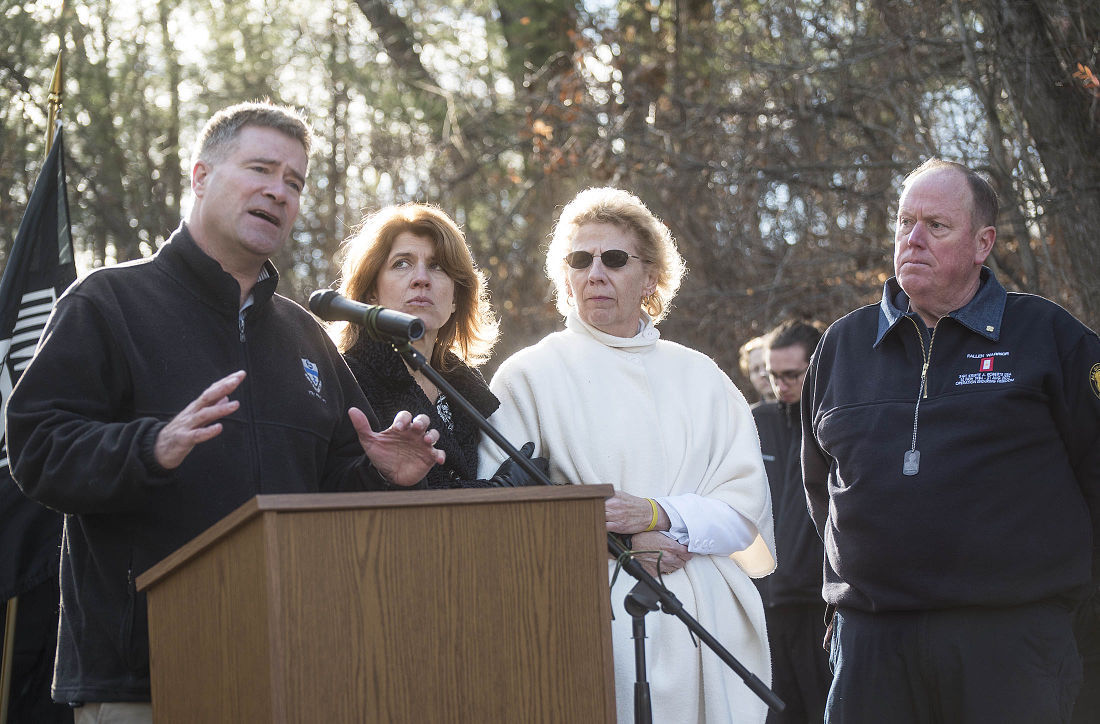 Rep. Chris and Mary Jo Gibson, Cindy and Bob Roberts stand together Saturday at the Sgt. Kristie A. Roberts memorial bridge dedication off of state Route 149 in Queensbury.

QUEENSBURY  When Bob and Cindy Roberts began campaigning for a memorial to their daughter, Army National Guard Sgt. Kristie Roberts, they weren’t just looking for a nice plaque.

They wanted the memorial to help prevent others from dying the way Roberts did, by suicide in 2012.

On her birthday Saturday, they gathered with about 50 people to dedicate a bridge in Roberts’ name. They chose the Warren County Bikeway bridge over state Route 149, and asked the county to also post signs along the bikeway urging people to get help if they feel desperate.

“You are not alone,” the signs say. The signs also list national suicide hotline number, 1-800-273-8255 and encourage others to reach out when they see people in need.

Too many soldiers fear they’ll lose their jobs or be skipped over for promotion if they admit to needing help, she said.

That may be part of the reason why 22 members of the military commit suicide every day, she added.

“We need to stop hiding our pain,” she told the assembled crowd, which included members of the Army National Guard. “Our Krisie became one of the 22 a day. One a day is too many.”

Openly talking about her daughter’s suicide has helped her heal, she added.

“This isn’t a picnic for us, but by talking, these people have helped us too,” she said.

Naming a bridge after Kristie Roberts was her father’s idea. He passed a series of bridges and roads named for veterans on a trip to Tennessee in May, and came home ready to push for one for his daughter.

“I just didn’t want her to be forgotten,” he said.

The small sign on the bridge took his breath away, he added.

He also takes heart from the messages on the bikeway signs.

“That’s the best thing we can do, is to promote prevention of suicide,” he said.

Roberts had to work hard to get into the National Guard. Her recruiter said Roberts was one of about four people, out of hundreds, who actually enlisted after he said they were over the weight limit.

“I was very doubtful and skeptical of ever seeing her again. It just doesn’t happen,” said retired Sgt. 1st Class Arthur Coon.

But she lost the weight and came back. She enlisted at age 17.

“Think of how badly she wanted to serve,” he said.

Roberts was also a paramedic. She worked for emergency medical services throughout the region.

“Her goal was to stop suffering,” her mother said.

Warren County Sheriff Jim LaFarr’s son has been appointed to a road patrol officer position, despite the county having an anti-nepotism policy.

Employees are asking and, in some locations, telling, customers to mask up. But some customers ignore any polite request.

Police are looking for a missing 16-year-old boy last seen in Lake George on Monday.

Rep. Chris and Mary Jo Gibson, Cindy and Bob Roberts stand together Saturday at the Sgt. Kristie A. Roberts memorial bridge dedication off of state Route 149 in Queensbury.