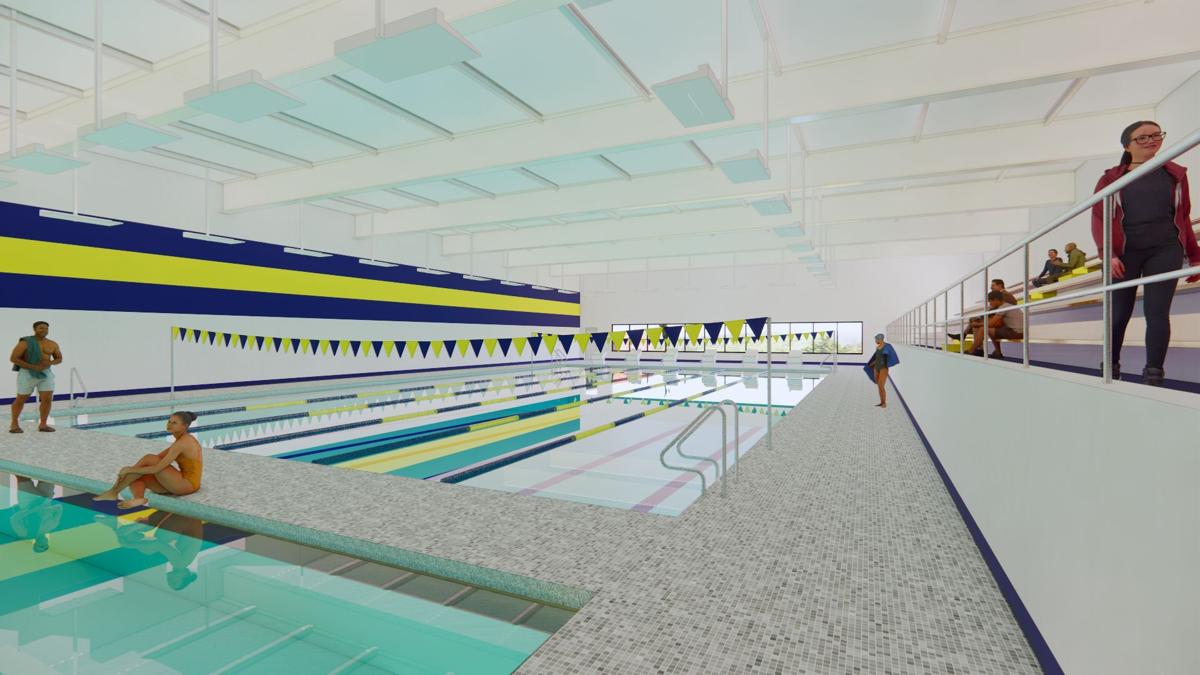 Seen here is a rendering of renovations being proposed for the pool at Queensbury Elementary School, which is part of a nearly $20 million capital project proposal. 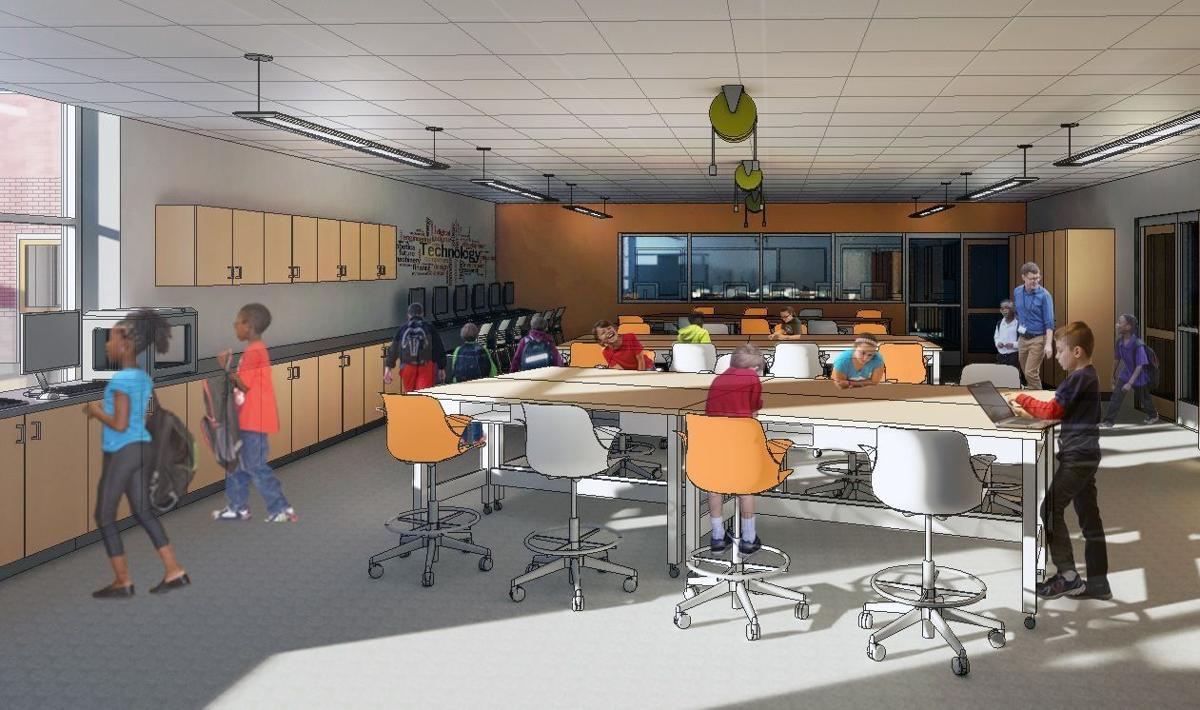 Seen here is a rendering of a concept for a new playground at the William H. Barton Intermediate School in Queensbury. This is part of a nearly $20 million proposed capital project that will go before voters on Dec. 14.

QUEENSBURY — Installing a new turf field, fixing the pool and replacing roofs are part of a nearly $20 million project proposed by the Queensbury school district.

The Board of Education on Tuesday voted formally to set the referendum for Dec. 14. Voting will take place from 10 a.m. to 8:30 p.m. at Queensbury Elementary School.

The district had considered a capital project focused on roofs last year. However, the board canceled the vote and postponed the matter after the onset of the COVID-19 pandemic. The athletic field was one component added.

Superintendent of Schools Kyle Gannon said the new turf field would be located directly behind the football field across from the elementary school. It would be able to accommodate football, baseball, field hockey, lacrosse, soccer, cheerleading and physical education classes.

Gannon said it would help with the district with accommodating practices for spring sports while snow is still on the ground.

“We would be able to get on here right away,” he said.

The district has to send student-athletes to Golden Goal in Fort Ann or The Dome in Queensbury until the fields are ready for play in the spring, according to Gannon.

There would also be renovation of the pool at Queensbury Elementary School.

“Right now, the liners bubble up. The water gets underneath it. We have to drain the pool out. This alleviates all of these issues,” Gannon said.

The district would install a new humidification system, decking and starting blocks, according to Gannon.

At Queensbury Elementary School, the work includes partial replacement of the roof and exterior panels, according to a slide show presentation.

At Queensbury Middle School, there would be partial roof replacement and removal of asbestos from the crawlspace underneath the roof.

Scott Whittemore, assistant superintendent for business, said the middle school roof is in rough shape, which is particularly apparent after rainstorms.

“We’ll have garbage cans lined up and down the hallway with water dripping into them,” he said.

One of the academic components of the project is a renovation of the middle school science classrooms. Gannon said the old classrooms have the gas line coming right up from the middle of the classroom and old furniture. The new classroom would have more modern fixtures and movable fixtures, similar to the high school science rooms.

A new bus lift would be installed at the transportation building and there would be additional storage space.

Whittemore said the project would be constructed in two phases. The first phase would be completed next summer and consist of the roof work, new playground equipment, middle school science classroom upgrades and transportation building work.

Phase two would be completed the following year and include the installing of the turf field, upgrades to the pool and installation of boilers and new energy systems.

Whittemore said this project would not increase taxes. Queensbury has some debt coming off the books. Seventy percent of the cost of the project would be reimbursed by the state. The district will also tap about $2.9 million from a capital reserve fund.

There will be informational meetings in October, November and December for residents to learn about the project.

Colin Powell, former general and secretary of state, dead at 84

Colin Powell, former general and secretary of state, dead at 84

Film about China defeating the U.S. set to be highest grossing in Chinese history

Film about China defeating the U.S. set to be highest grossing in Chinese history

Seen here is a rendering of renovations being proposed for the pool at Queensbury Elementary School, which is part of a nearly $20 million capital project proposal.

Seen here is a rendering of a concept for a new playground at the William H. Barton Intermediate School in Queensbury. This is part of a nearly $20 million proposed capital project that will go before voters on Dec. 14.