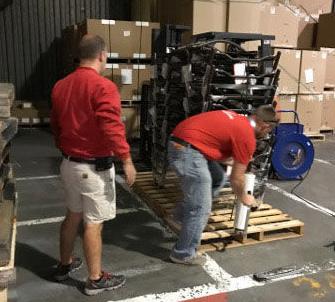 Workers at Telescope Casual Furniture in Granville prepare chaise lounges, which can be used as cots, for shipment to a church shelter in Deer Park, Texas. 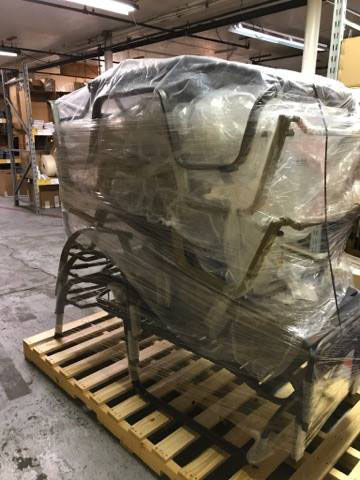 Telescope Casual Furniture in Granville is sending chaise lounges, which can be used as cots, to a church shelter in Deer Park, Texas. 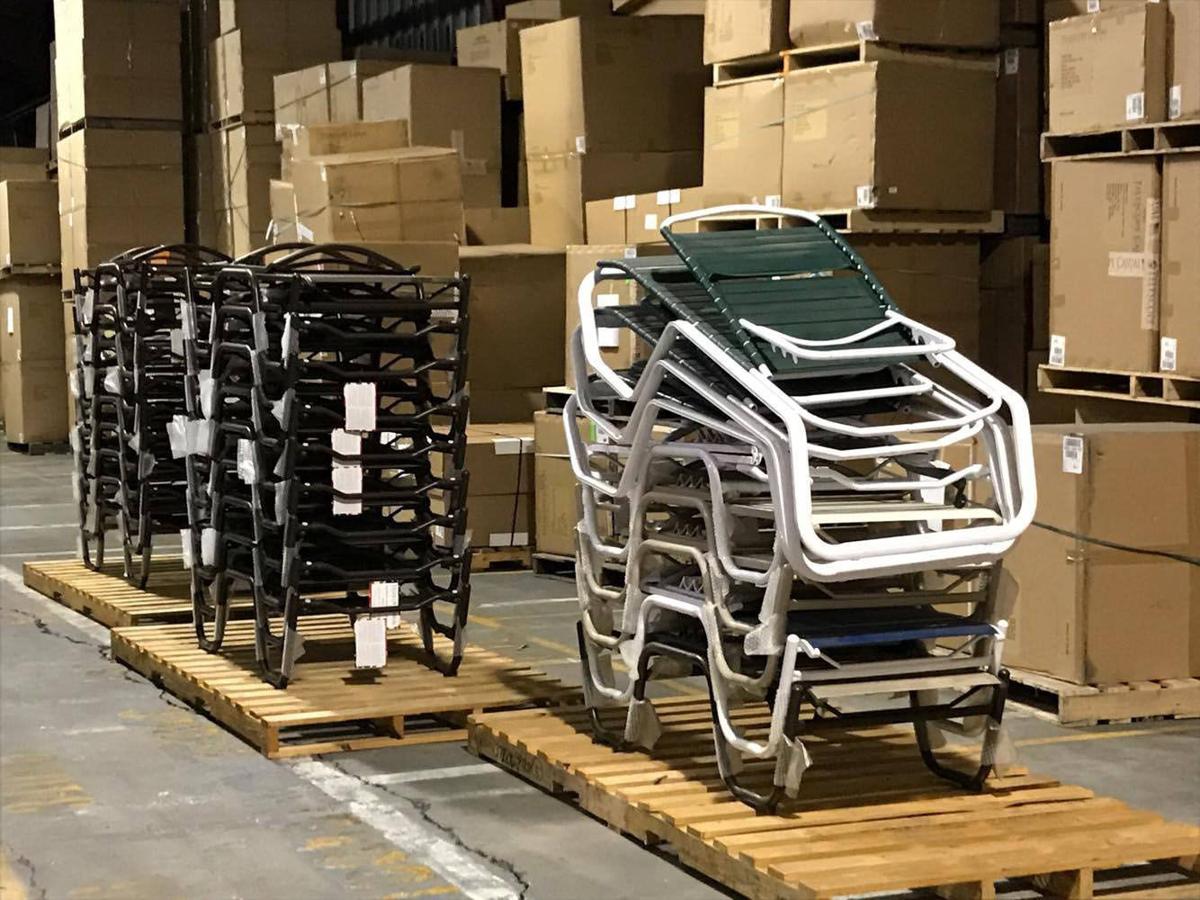 Telescope Casual Furniture is sending chaise lounges, which can be used as cots, to a church shelter in Deer Park, Texas.

As hundreds of eastern New York residents prepare to head to Texas to help with recovery from Hurricane Harvey, a Whitehall native has had a front-row seat to the damaging storm.

“Our house didn’t flood, but a block over, our neighbors had two feet of water in the yard, and when we were out for a drive another block over, there were couches, wallboard and other things out by the sidewalk,” said Melissa Watson, daughter of former Whitehall school Superintendent James Watson.

While Watson is already in the disaster area, at least two local residents will be leaving Saturday as part of the American Red Cross relief efforts, and workers at Telescope Casual Furniture in Granville spent Friday packing more than 100 chaise lounges that will be used as cots in an emergency shelter in Deer Park, Texas.

“There are a lot of things people don’t know about Houston,” Watson said in a telephone interview Thursday. “It’s the fourth-largest city in the country, and it’s really spread out. People think of downtown Houston, but there are so many other towns and neighborhoods.”

Some of those places were seriously affected by the hurricane, and others went unscathed.

Watson said, personally, she was more impacted by Hurricane Ike in 2008.

“The flooding was pretty bad then, but not like Harvey,” she said. “But I was living in an apartment complex, we were without power for three weeks and could not get out of the parking garage.”

Watson was also in London during the 2005 subway bombing, but was delayed from getting on her train because of laundry issues at her hotel.

This time around, she avoided the worst again.

“We have friends who lost their homes, friends who were flooded out and friends who had other problems,” she said. “We were lucky.”

When Lisa Clark went to work Tuesday at the Washington Center nursing home in Argyle, she had something to tell her boss.

“I told them I wanted to take my two weeks vacation to go help in Texas,” said Clark, a Gansevoort resident who is the assistant nursing director. “The next thing I knew, my administrator was telling me ‘no,’ I didn’t need to use my vacation time. They would pay me for when I went.”

Clark and her husband, Charlie, a firefighter, were among almost 80 people trained at the Cool Insuring Arena on Wednesday, and they are scheduled to fly from Albany to Austin on Saturday afternoon.

Clark said the Red Cross contacted her, and she was excited to be able to go.

“We have always volunteered locally and always wanted to do it on a bigger scale,” she said. “Now that the kids are older, we can do it on a national level.

“I was surprised when they said they needed health-care workers so badly,” Clark said. “I always thought there would be plenty.”

Clark said a lot of people are excited for her, but she explained that she is doing this because it needs to be done.

“They tell me how proud they are of me,” she said. “But that’s not why I am going. I watch the news. I see what’s going on down there.”

A way to help

Heather Paquette, marketing coordinator at Telescope, said her company put the word out on social media that it had chaise lounges available that could be used as cots.

“We were contacted by a church in Deer Park, Texas, and they said they could use them,” Paquette said Friday as she and workers at the plant put the final touches on the shipment.

“We are sending down whatever we can,” she said. “We just want to help.”

A Saratoga Springs woman is facing a burglary charge after police said she tried to shoplift clothing from Walmart.

As of July 1, Cambridge Central School’s Indian nickname and emblem will be retired.

Workers at Telescope Casual Furniture in Granville prepare chaise lounges, which can be used as cots, for shipment to a church shelter in Deer Park, Texas.

Telescope Casual Furniture in Granville is sending chaise lounges, which can be used as cots, to a church shelter in Deer Park, Texas.

Telescope Casual Furniture is sending chaise lounges, which can be used as cots, to a church shelter in Deer Park, Texas. 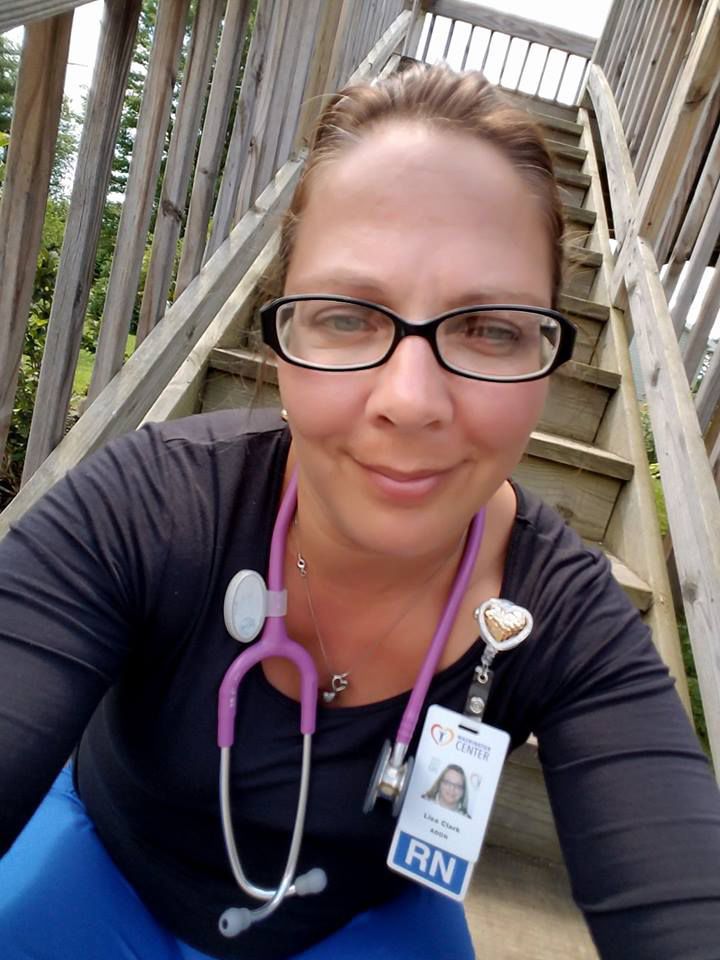 Lisa Clark, assistant director of nursing at Washington Center in Argyle, is scheduled to leave Saturday, with her husband, Charlie, for the Houston area, to take part in relief efforts.