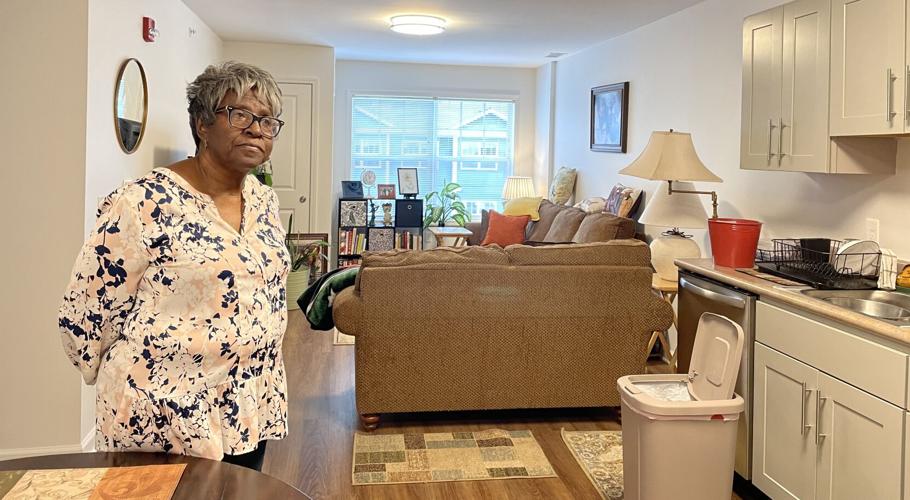 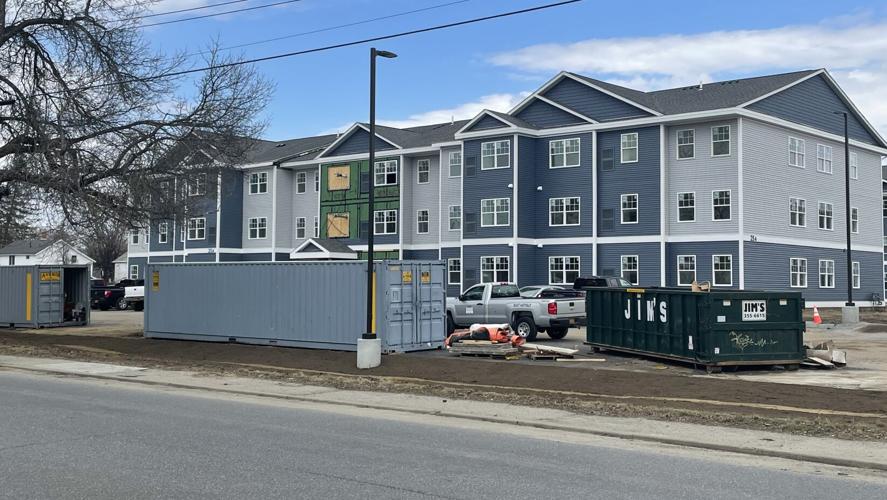 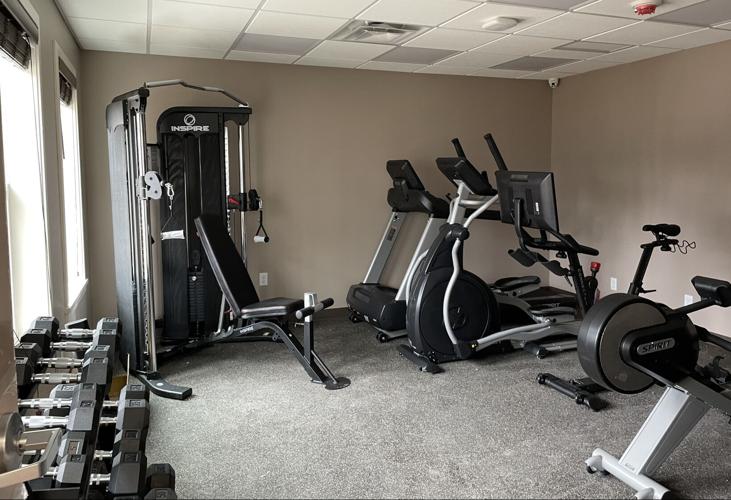 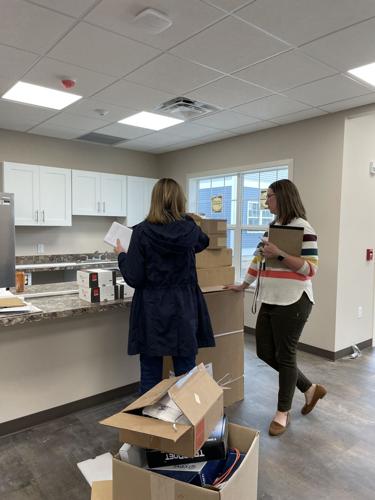 GLENS FALLS — Carrie Bradley was standing in her new home at 25 LaRose on Wednesday morning. It looks a little different now than it did when she first moved into the former LaRose Gardens apartments in 1971.

She originally moved in when she was a single mother. Her children grew up at LaRose Gardens.

“It’s good to be back in my old neighborhood,” Bradley said. “It’s like coming back home and I’m looking forward to what’s going to happen from here on out over here.”

The old garden-style apartments Bradley had lived in for decades have been replaced by two new three-story apartment buildings and a clubhouse. Demolition and construction of the new complex took roughly one year to complete.

The complex has been rebranded as 25 LaRose.

Each of the apartment buildings has a laundry room and a community room for residents to take advantage of on the second floor.

The community room will have computers and a large communal work table for students to do homework or residents to utilize as a work-from-home space.

Bradley was one of three residents able to move into the new apartments about two weeks ago. They had been living at LaRose Gardens when the demolition and construction of the new complex began.

Bradley was temporarily relocated to Earl Towers in Hudson Falls.

Stephanie Nasr, a housing representative with the Glens Falls Housing Authority, said that the agency relocated all 27 residents who were living at LaRose Gardens when the renovation began — either through a private landlord like Rich Schermerhorn or other senior buildings.

Those 27 residents had first dibs when the new apartments were complete. The apartments in Building B at 25 LaRose are complete, and Building A is scheduled to be finished in June.

The residents who were relocated also had the choice to remain in the apartment they had been moved to if they wished.

Nasr said that 13 of the 27 have decided to return. A lottery was held on Feb. 11 via Zoom to establish the remaining residents at 25 LaRose.

There were over 400 applications submitted for the lottery.

The remaining residents are set to begin moving in over the coming weeks into Building B, according to Kathleen Nash, vice president at Wilder Balter Partners Development, which partnered with the Glens Falls Housing Authority for the project.

Bradley said she is interested to see how the layout will look once all of the construction is complete, including the courtyard.

The complex will feature a playground, a patio with grills and tables for barbecues and picnics, and the clubhouse.

The clubhouse is set to have a fitness room as well, which currently has a number of pieces of fitness equipment lining the walls of the space.

The clubhouse wasn’t opened yet as of Wednesday morning. Bradley said that she would be walking over to peek in the window to check it out.

“We’ll have a big TV, a big couch, a sitting area. There’s a kitchen in there and there will be an office there as well,” Nash said.

Each of the three buildings in the complex are Energy Star compliant and were designed under New York State Energy Research and Development Authority guidelines to promote energy efficiency.

Teaming up with developer

WBP Development teamed up with the housing authority to develop and update each of the authority’s four apartment communities — 25 LaRose, Cronin High Rise, Stichman Towers and Earl Towers.

Work is currently being done on Cronin High Rise. Stichman Towers and Earl Towers will follow, according to Nash.

The former LaRose Gardens were considered to be “obsolete” and in need of more than an update.

“Building codes had changed and energy efficiency standards weren’t in place back then,” Nash said.

She said that there is a state agency that has been working with the housing authority to update their communities. The only funding program that would allow for all of this was a partnership with a private developer.

The U.S. Department of Housing and Urban Development will no longer fund infrastructure projects for public housing authorities moving forward, according to Nasr. She said that they were pushing for a public-private partnership to update and renovate the buildings.

Nash noted that even though a private entity is involved, it is mandatory that the housing authority remains involved as well. This opens up a number of funding channels that otherwise would not be made available to any housing authority, she said.

The housing authority was able to utilize the Rental Assistance Demonstration program through HUD. This program allowed for subsidies that were previously Section 8 to be placed into a new funding structure.

Bradley said that the new complex and the other projects in the housing authority’s portfolio will allow people at different income levels to get affordable and decent housing.

“Everybody needs affordable housing no matter what level of income that you are on,” she said.

A Queensbury man was arrested Saturday night on a felony charge of possession of a controlled substance.

Gambles Bakery has stood on the corner of Route 9 and Sweet Road in Queensbury for over four decades, but the quaint family-owned shop could s…

Organizers for the 45th annual South High Marathon Dance on Friday announced the 22 recipients of funds from the March 3-4 event.

A former Gansevoort resident was sentenced for a money laundering conspiracy following investigations by the U.S. Department of Justice.