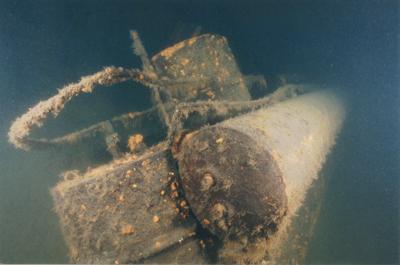 Who took it was a mystery, and it remained a mystery even after the sub was found 35 years later on the bottom of the lake. Authorities were unable to discover who was responsible, and no one came forward to admit it, until now.

Now, a 73-year-old local man — a young teenager in 1960 — has decided to use this story to confess to stealing the sub and sinking it and to explain why.

Submarines were a big deal in 1960. On Jan. 23, a Swiss-designed, Italian-built bathyscape called Trieste carried two men — Jacques Piccard, a Swiss oceanographer, and Don Walsh, a U.S. Navy lieutenant — to a depth of 35,797 feet in the Challenger Deep of the Pacific Ocean’s Mariana Trench, a record that has not been broken.

Three men in Lake George — James Parrott, Gerald Root and Art Jones — caught sub fever themselves that year and fashioned an underwater craft out of iron, aluminum and concrete, using metal drums they cut up and welded together.

The small sub, which they painted yellow, was intended only for shallow exploration in Lake George, perhaps to search for the fleet of bateaux intentionally sunk in the lake in 1758 by British troops for cold water storage. Even for use in shallow water, however, Baby Whale’s seaworthiness was untested.

It never would be tested. After it disappeared overnight on Aug. 4, divers searched the lake near where it had been docked for days; pilots flew overhead, scanning the famously clear water for glimpses of yellow; and local newspapers splashed the story across their pages.

But nothing was found, and the story sank out of sight until 1995, when Bob Benway and Joseph Zarzynski, founders of the underwater exploration group Bateaux Below, spotted the sub during a deep dive in the lake. The discovery generated fresh publicity and a confidential confession to the two men from someone who said he had been involved in scuttling the sub.

Zarzynski and Benway kept the sub’s location a secret to avoid scavenging by other, less scrupulous divers. Benway took underwater photos of it, however, one of which appears in Zarzynski’s latest book, “Ghost Fleet Awakened: Lake George’s Sunken Bateaux of 1758,” which includes a chapter on Baby Whale.

The chapter mentions the confidential informant, who had said the sub’s disappearance was perpetrated by two young people. Neither is named in the book, and the identity of the sub stealers has remained a secret to the present day.

Now, Bill Thomas of Warrensburg is coming forward to say he was the one who called Zarzynski in 1995, and he was the one, along with his older brother, John, who took the sub and sank it.

John died seven years ago, but from what Bill says, his brother’s life almost came to an end much earlier, on that night in 1960, when he just managed to leap clear of the sinking sub.

The weight of guilt

Bill Thomas says he has borne a weight of guilt since that August night when, at age 14, he went out on the lake with his 17-year-old brother in a boat from their father’s marina in Dunham’s Bay Swamp.

“My brother came to me one night and said, ‘You need to help me,’” Thomas said.

His brother was angry with Jerry Root, one of the builders of the sub, because Root owed John money for scuba gear but refused to pay, Thomas said.

“I liked Jerry. Jerry was a nice guy,” Thomas said. “He taught me to weld.”

But at that age, Thomas said, he had a hard time saying no to his big brother.

His brother didn’t intend to hide the sub forever, Thomas said. His plan was to tell Root he could have his sub back when the debt was paid, so he wanted to be able to retrieve it: “John wanted to take it out into 55 feet of water and sink it,” Bill said.

In the dark, after the brothers had untied the sub and towed it into the lake, Bill remembers that John struggled to sink it by loosening pipes inside with a large wrench. Finally, he clambered up on the sub’s ladder and swung the wrench against its single small porthole, smashing it. As water rushed in, the sub leaned over and went down fast. John just managed to jump clear, back into the boat with his brother.

The sub sank in much deeper water than the brothers intended, and despite the search, it wasn’t found until Benway and Zarzynski happened along 35 years later.

Benway still dives in Lake George, and he keeps a file of stories and photographs about Baby Whale, which for years he considered the “Holy Grail” of underwater finds in Lake George.

“They had state police stopping tractor-trailers, checking the sub wasn’t inside,” he said. “They had aircraft flying overhead. The lake is so clear, they could have spotted it in 50 feet of water, but 90 maybe not.”

Benway has a personal connection to the Thomas family — it was John Thomas who, when Benway was young, first inspired him to take up scuba diving. In more recent years, Benway has become friendly with Bill Thomas, and the two men have gone on a couple of hikes together.

Bill has long felt guilty about what he did, and he hopes to clear his conscience through confessing.

“It’s time for me to get this weight off my shoulders,” he said.

Benway first heard about Bill Thomas’ connection to Baby Whale about 20 years ago through Thomas’ daughter, Kari, who worked with him at AngioDynamics in Queensbury.

She and Benway would chat sometimes at work, and he would tell her about scuba diving in Lake George.

One day, she brought in a nautical chart of the lake, showed it to Benway, pointed to an X and mentioned the missing sub.

Soon, Benway met Bill and heard the story directly from him.

“When Bill was telling the story, he said it in such a manner I had no reason to disbelieve him. He seemed to know details about the boat being used. There’s only a few people alive who know where that wreck is,” Benway said.

Another teenager was out on the lake that night in 1960 — Peter Slovak, whose family was from Schenectady and had a summer house on Dark Bay. While Bill and his brother were towing the sub, Slovak motored over next to them in his boat and asked what was going on, Bill said.

“I saw who it was and I saw the submarine. I went over there,” Slovak said.

“What he did, he was going to open up the valves. John opened up all the valves, but nothing happened. I was holding onto his boat and the sub. He said, ’Give me that crescent wrench.’ It was a huge 15-inch crescent wrench.

“He hits the porthole in the bottom and water goes shooting sky-high. He jumps out.”

“He meant to sink it somewhere closer to Long Island,” Slovak said. “He wanted them to eventually be able to find it and winch it on land, but it went over a ledge and into 90 feet of water.”

“Two or three days later, a patrol boat came over to me while I was out on the lake. I said, ‘Geez, sorry, I don’t know,’” Slovak said.

Told that Slovak remembers the episode differently from him, Bill Thomas is adamant. He wants to get rid of the guilt he has carried for 60 years, but not by denying he was there.

“He came out, said ‘You guys are crazy,’ and he left,” Bill said of Peter Slovak’s presence that night. “He’d been gone a good half hour before the sub went down.”

Joseph Zarzynski believes the sinking of the sub may have been for the best.

“In my opinion, possibly the best thing that ever happened was the vessel did end up in the lake,” Zarzynski said. “The construction was not up to industry standards.”

If it had been used for underwater exploration, a tragic drowning could have been the result, Zarzynski said.

What Zarzynski and Benway both stress about hearing from Thomas is the value of learning more of the story.

“It’s nice from our perspective to get other pieces of the story. That’s what it’s all about. Sometimes you don’t get the full story, sometimes you get parts of it,” Zarzynski said.

And sometimes, you find something you’ve been seeking for decades when you’re swimming along, busy with another project. There it is — a submarine, no longer yellow, spotted red and wispy with algae, but still identifiable as the missing Baby Whale.

Jan. 23, 1960: Jacques Piccard and Don Walsh descend in the Trieste bathyscape to the deepest part of the Pacific Ocean — 35,797 feet down.

August 1960: A major search, which includes police stops of tractor-trailers on the road and aerial surveillance of the lake, comes up empty.

1995: Bob Benway and Joseph Zarzynski, the founders of Bateaux Below, which preserves and promotes 18th century shipwrecks in Lake George, discover Baby Whale in deep water.

Summer of 1995: Zarzynski is contacted by someone who says that he participated in taking the sub, but the person does not reveal his identity publicly.

February: Bill Thomas, 73, the man who contacted Zarzynski in 1995, comes forward to confess to taking the sub in 1960 with his brother, John, and sinking it in the lake.

Warren County Sheriff Jim LaFarr’s son has been appointed to a road patrol officer position, despite the county having an anti-nepotism policy.

Warren County on Saturday confirmed three new cases of COVID-19, which are not related to the outbreak involving passengers on a Florida flight.

Employees are asking and, in some locations, telling, customers to mask up. But some customers ignore any polite request. 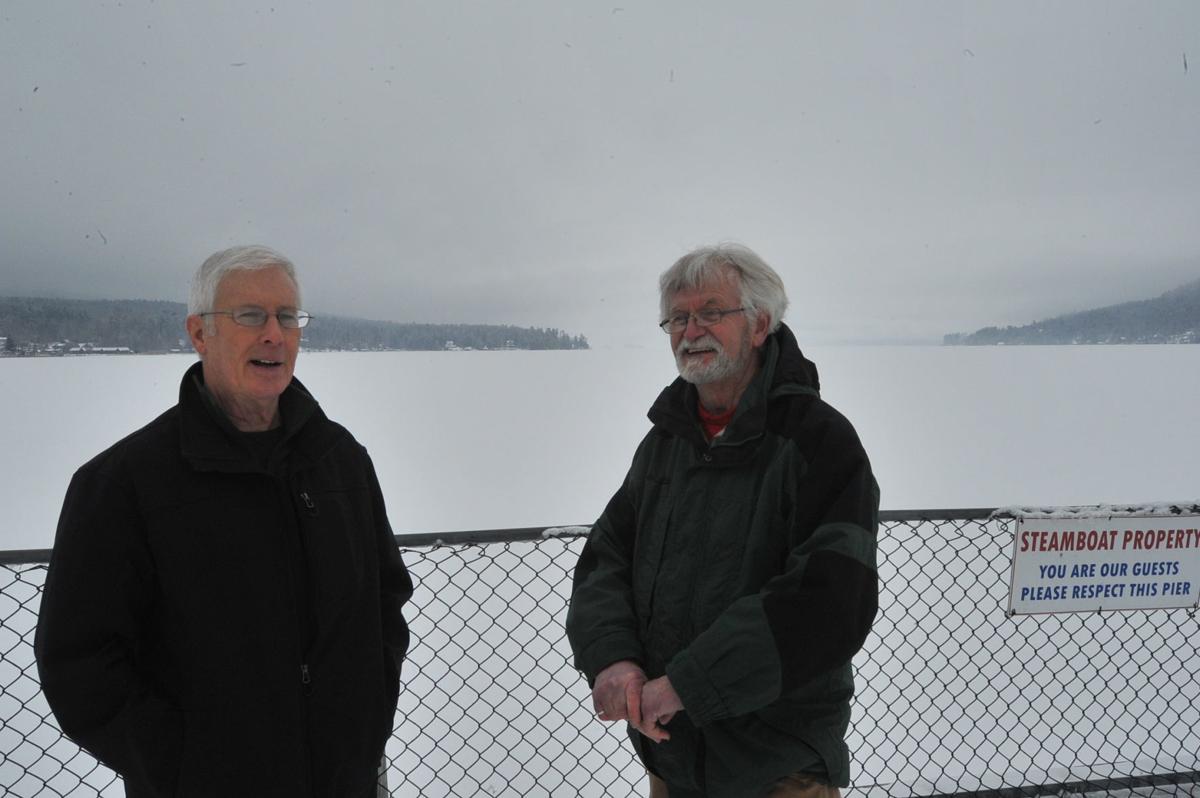 Bob Benway, left, who with Joseph Zarzynski discovered Baby Whale on the bottom of Lake George in 1995, with Bill Thomas, who sank it with his brother in 1960. 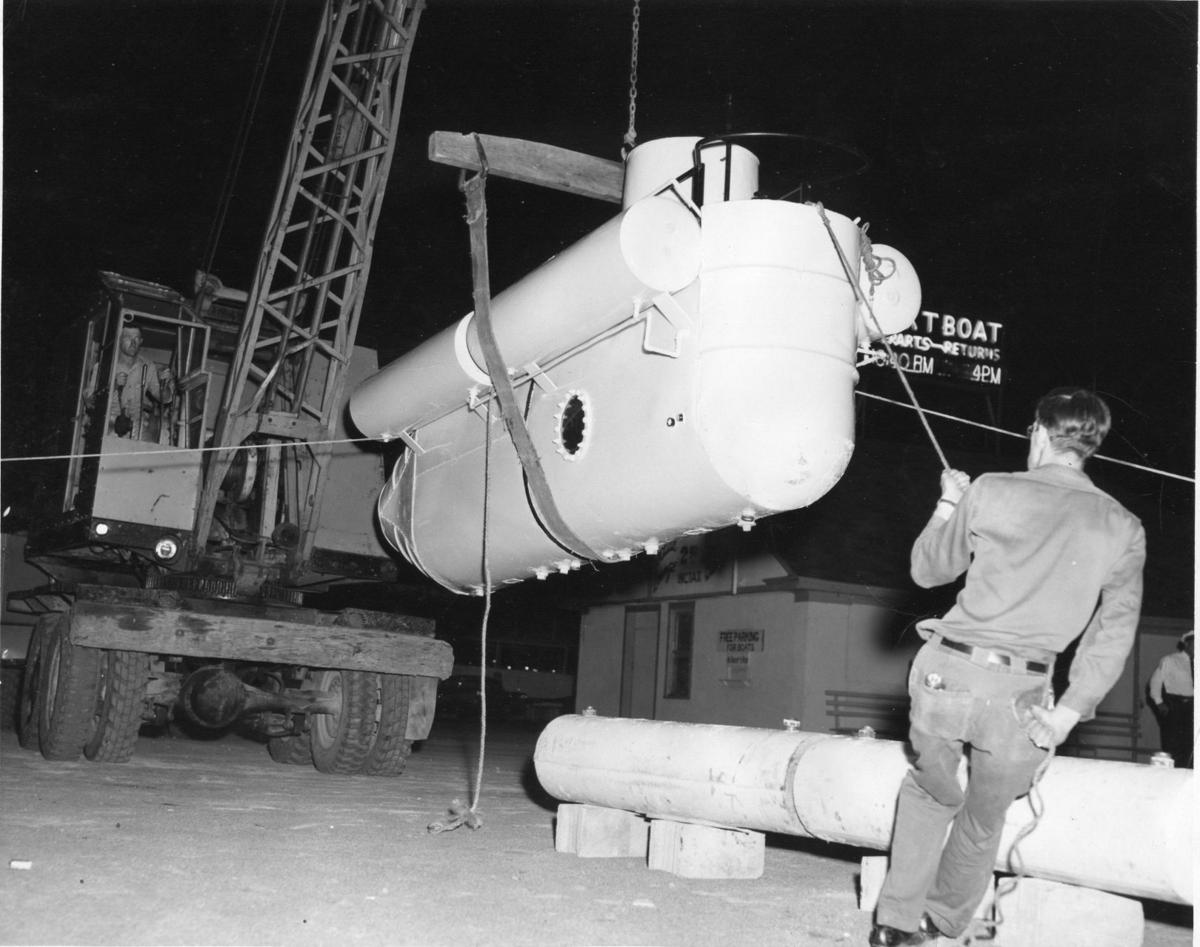 Shown is the Baby Whale submarine, nearing the end of its construction. 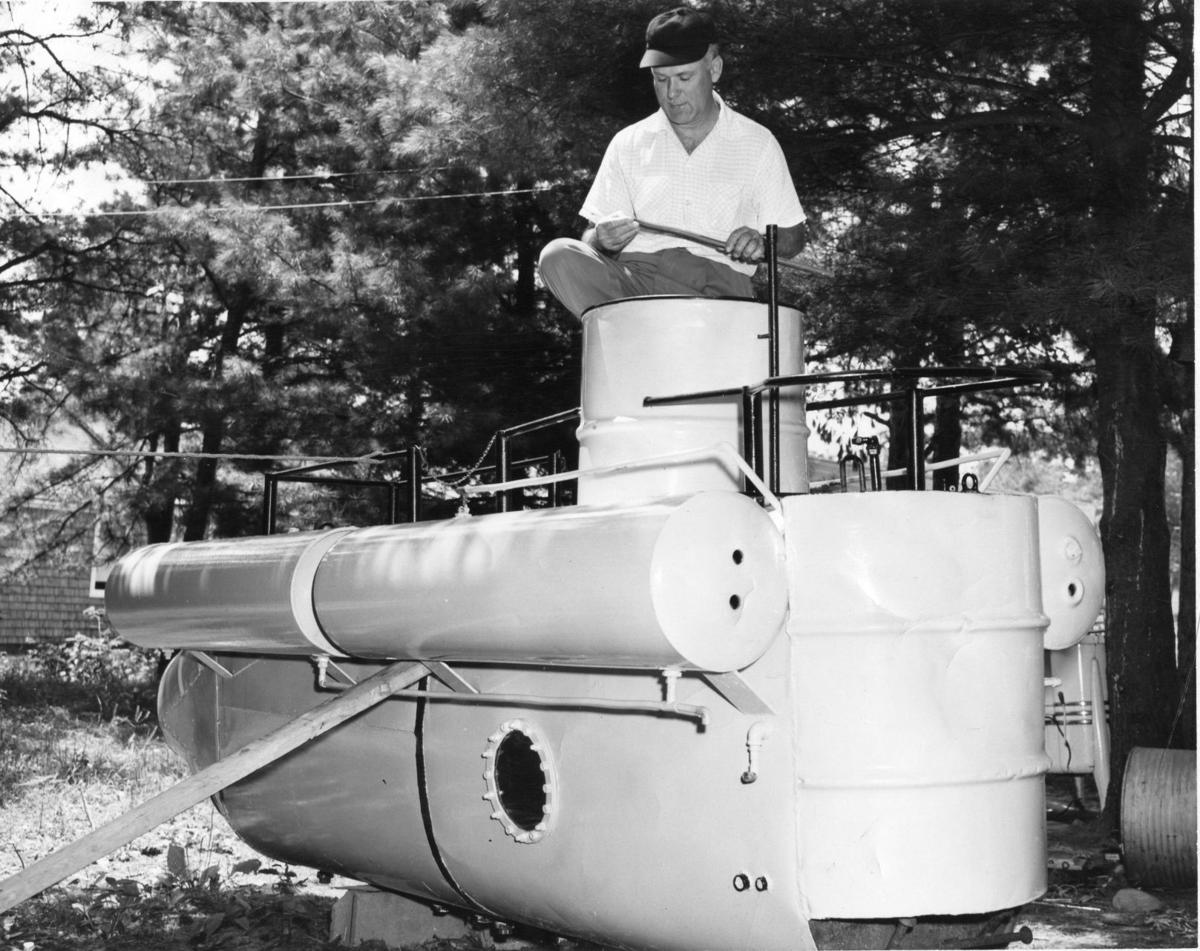 Shown is Jim Parrott, one of the men who put the Baby Whale submarine together, in the summer of 1960, before the sub was stolen and sank. 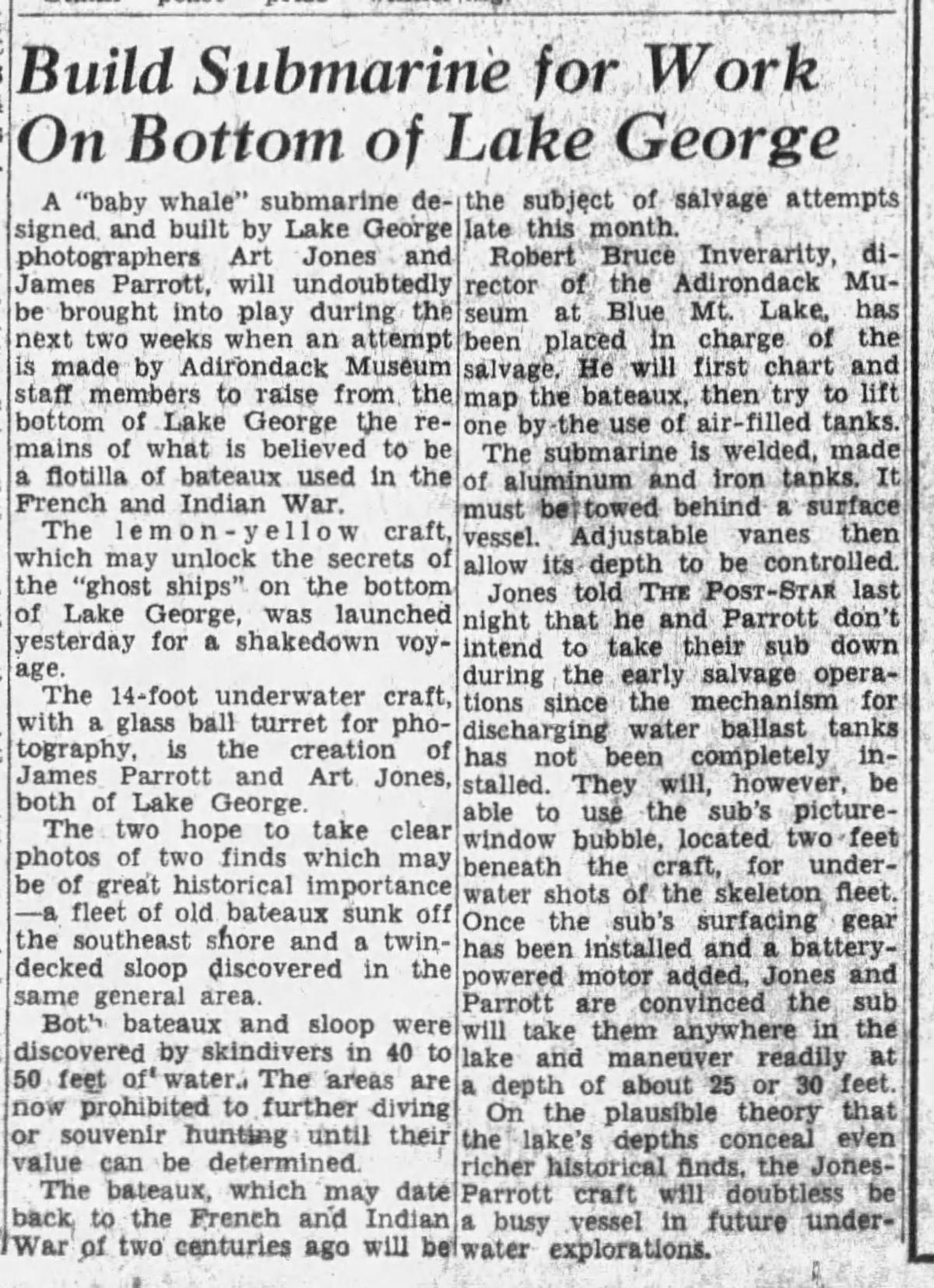 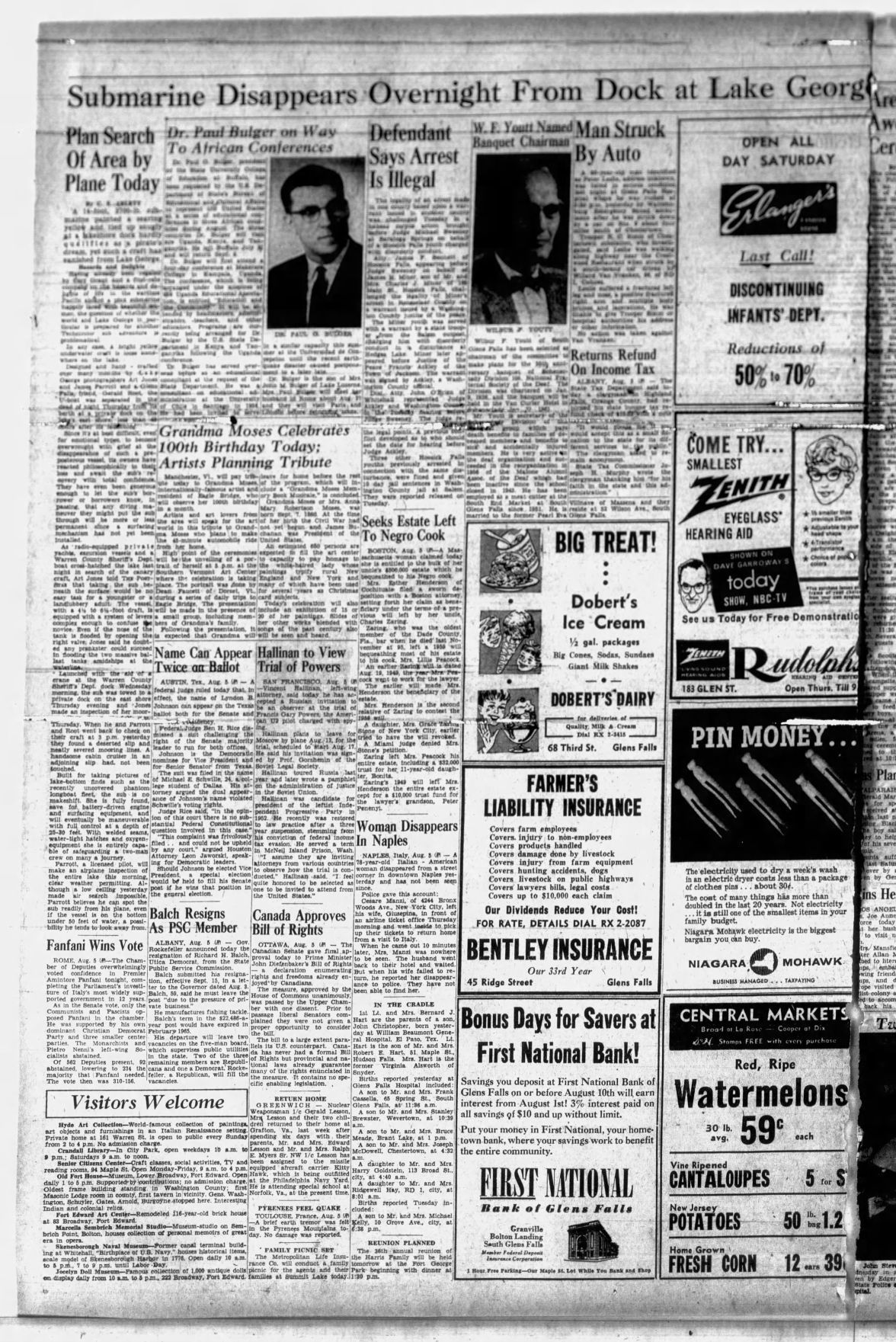 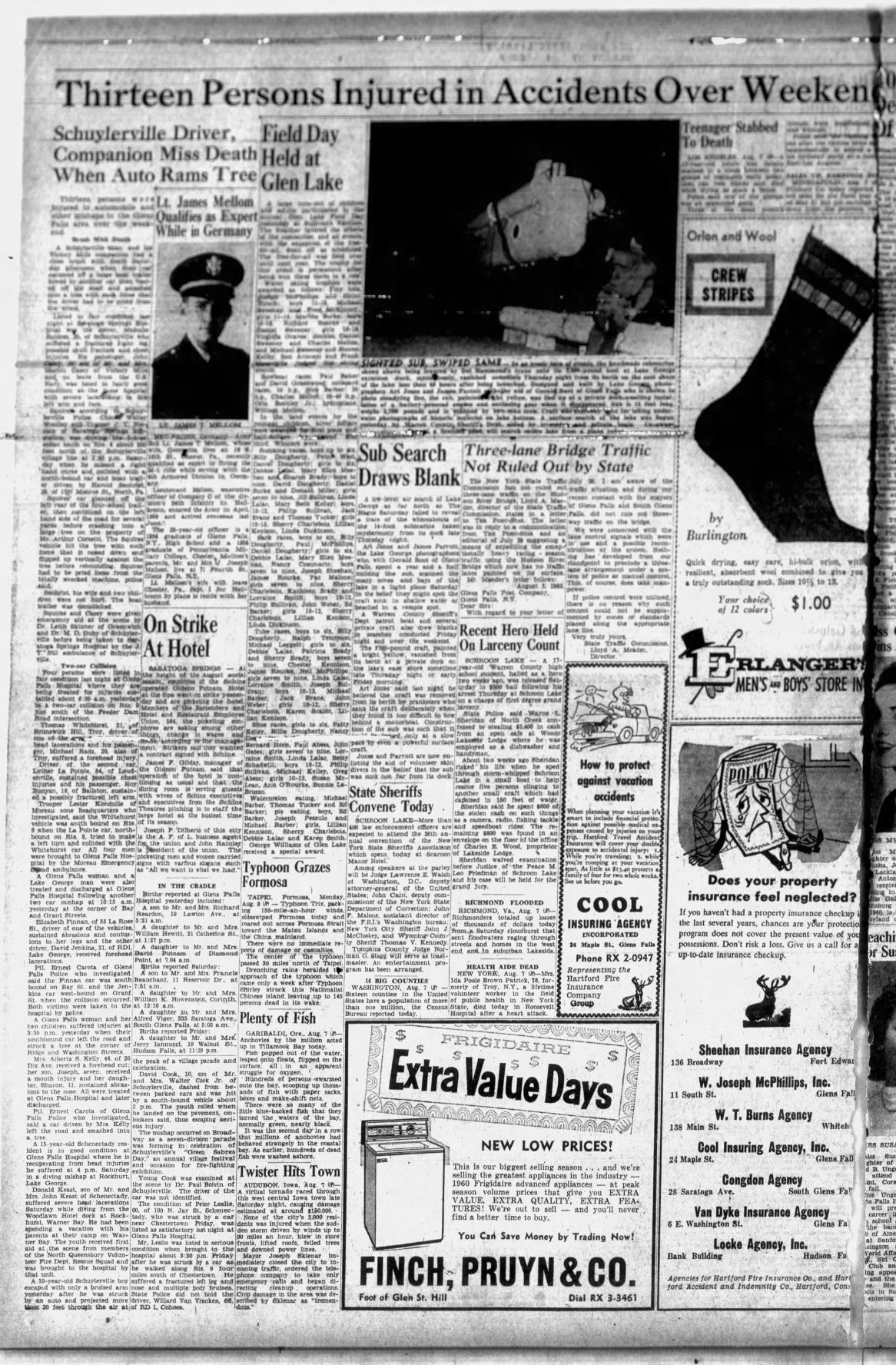 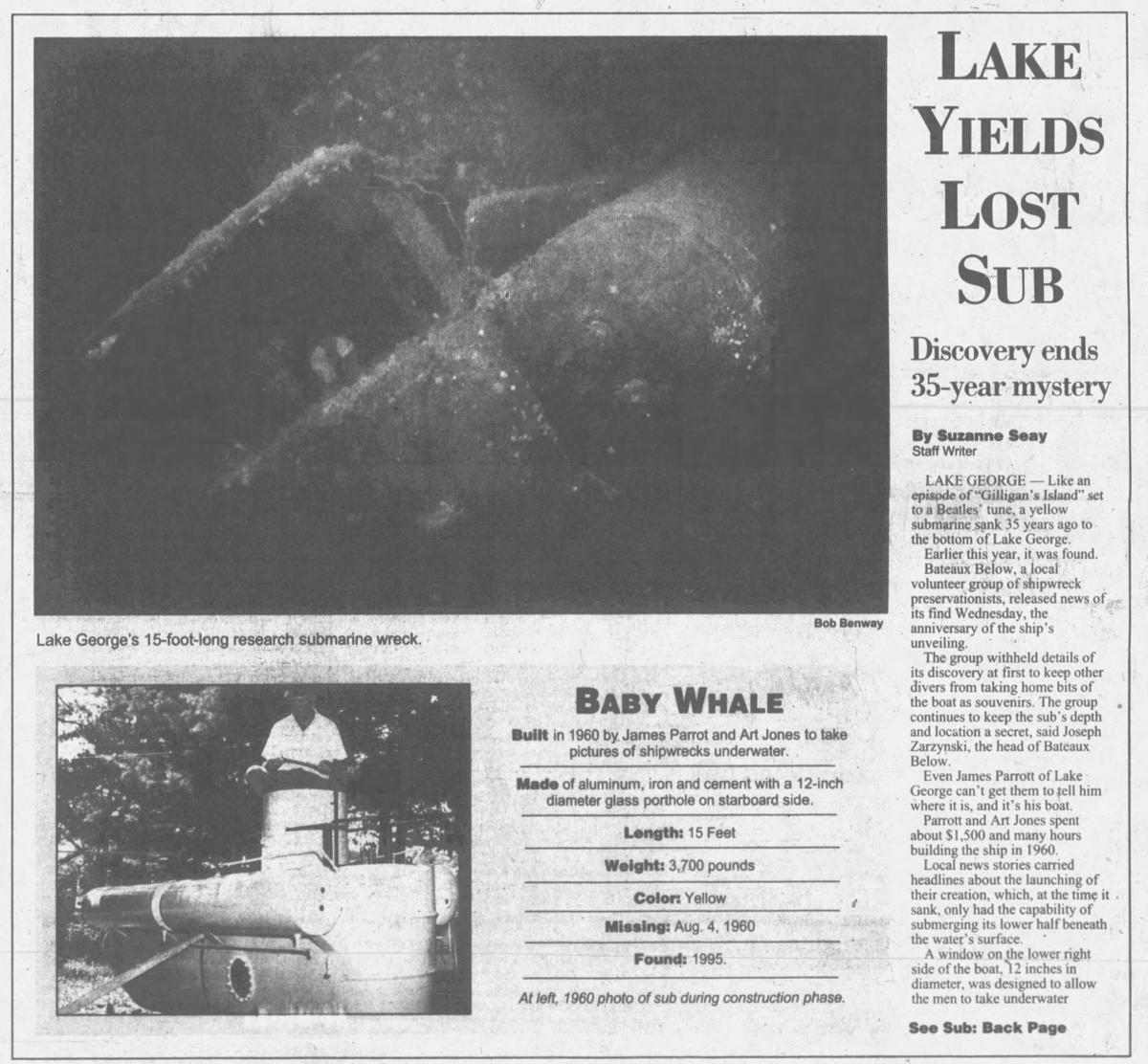 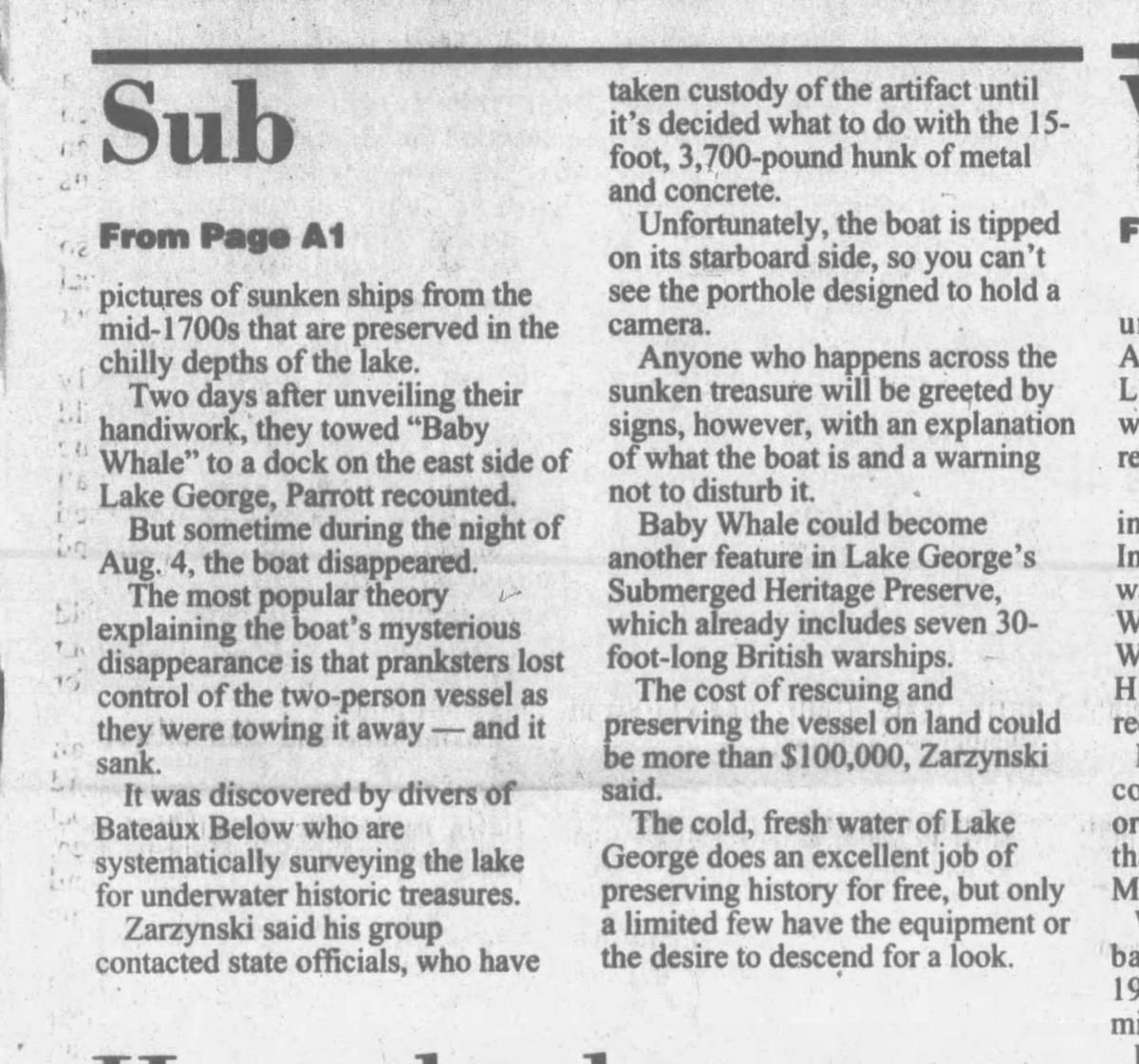