After many years, finding the right words
0 comments
Share this
{{featured_button_text}}
1 of 3 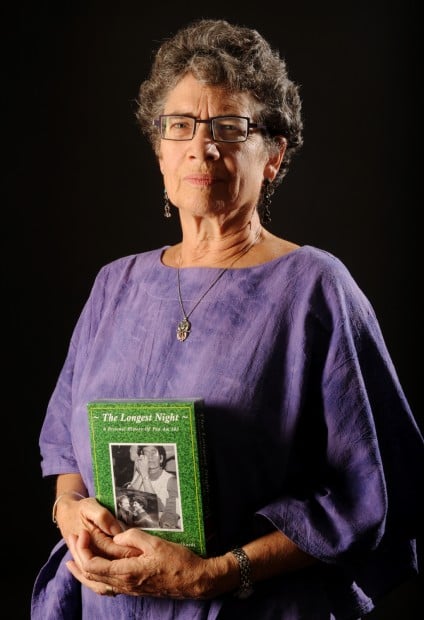 Jason McKibben - jmckibben@poststar.com Helen Engelhardt's husband, Tony Hawkins, was killed when a bomb on Pan Am Flight 103 was detonated over Lockerbie, Scotland in 1988. Englehardt has released an audio book about the experience called "The Longest Night." 8/20/2010. 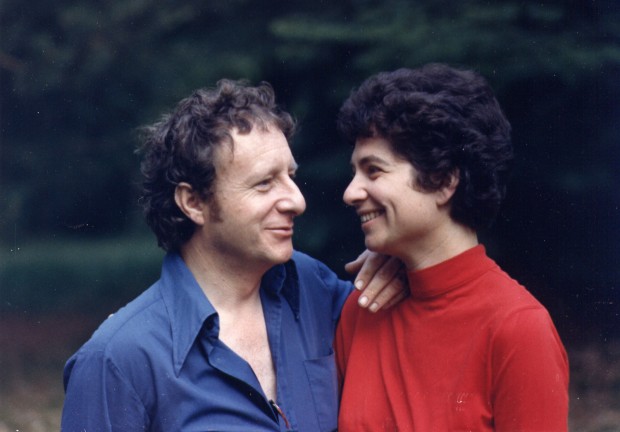 Courtesy Photo Helen Engelhardt and Tony Hawkins on the beach at Fourth Lake in the summer of 1977. 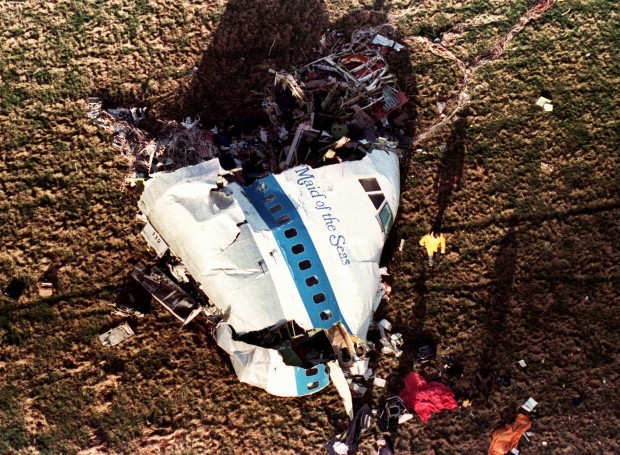 The nose section of Pan Am Flight 103 lies in a field outside the village of Lockerbie, Scotland, on Dec. 22, 1988 photo. All passengers and crew members aboard died in the crash.
By DAYELIN ROMAN

LAKE LUZERNE -- It was the middle of the night, and Helen Engelhardt couldn't sleep.

She had just found out that her husband, Tony Hawkins, died aboard Pan Am flight 103 over Lockerbie, Scotland, and all she could do was turn on her tape recorder.

"I was talking out loud to him," she said, "expressing my feelings as I was feeling them."

Engelhardt said she promised her husband that night she would tell his story, and 22 years later, she's letting his words do the talking.

Engelhardt, who lives in Brooklyn but has a summer home in Lake Luzerne, released "The Longest Night" in December. The five-disc audio book uses recordings of her husband when he was alive interspersed with readings from a book she wrote 20 years ago.

She and her husband were both raised on radio, Engelhardt said, and while radio plays disappeared from the airwaves in the U.S. after the advent of television, they stayed alive in England, where Hawkins was born and raised.

Before they met, they would each record moments of their lives using only audio, Engelhardt said, and she would often interview her family while recording it.

"When we met each other, we did the same thing with each other," she said.

Hawkins recorded one of his first phone conversations with Engelhardt, she said, without her knowing.

During the first four years of their marriage, she said, instead of writing letters to their family, they sent recorded tapes.

They recorded baby babble after their son was born, and would often record family gatherings at Christmas and Passover. The last day of Hawkins's life is on audio, too.

"Because that's what we love," she said. "We did this very informally and formally."

The couple sought to revive radio theater in the U.S., she said, and created Midsummer Sound Co. in 1975, a company initially dedicated to making professional audio products.

When Hawkins's uncle was terminally ill in London, Engelhardt said it was she who remembered that her husband had earned a free flight with Pan Am after his frequent travels as an audio equipment salesman, and it was set to expire at the end of December 1988. The couple agreed Hawkins would wait until after his son's December birthday to take the trip,

and would return before Christmas, on Dec. 20.

The Saturday before his return, Engelhardt said Hawkins called her and asked if he could delay his return a day to wrap up loose ends with family.

"He called me that morning to tell me what flight he would be on," she said.

That flight was Pan Am 103, the last of the day, where a bomb detonated over Lockerbie, Scotland, destroying the plane and killing all 243 passengers and 16 crew members on board. Another 11 on the ground were killed after debris from the plane fell all over the town.

The last conversations with Hawkins's family in London are on a tape investigators found in a shoulder bag and returned to Engelhardt a year after the tragedy, she said.

"They were new last words that were plucked out of the mud," she said.

After her husband died, Engelhardt said she recorded the conversation where she told her then-6-year-old son what happened to his father. She also recorded her husband's memorial services.

In Aug. 1989, she went to Lockerbie to see the place where her husband died, and recorded conversations about what the tragedy was like for those living there at the time.

By 1990, she had written a 300-page book detailing the beginning and end of their relationship and the first year after Hawkins's death, but couldn't find a publisher to take it on.

She said the response was that no one would be interested.

She got the idea to do the audio book after getting involved with several groups related to audio theater, she said.

"And then I remembered I have all these recordings," she said.

She edited her book and the recordings down to five discs, she said, and used money from the Lockerbie settlement to produce it.

By the end of this year, she hopes to get either the original book or a transcribed version published.

"It hasn't defined my life, but it has altered it in a significant way," she said. "The book is of interest to people who are interested in the history of what happened here and the personal narrative. I want people not to be afraid to listen to this."

Elephant breaks into kitchen wall looking for snacks in Thailand

Elephant breaks into kitchen wall looking for snacks in Thailand

8 children in van killed in crash in Alabama

8 children in van killed in crash in Alabama

Excerpts from "The Longest Night"

Jason McKibben - jmckibben@poststar.com Helen Engelhardt's husband, Tony Hawkins, was killed when a bomb on Pan Am Flight 103 was detonated over Lockerbie, Scotland in 1988. Englehardt has released an audio book about the experience called "The Longest Night." 8/20/2010.

Courtesy Photo Helen Engelhardt and Tony Hawkins on the beach at Fourth Lake in the summer of 1977.

The nose section of Pan Am Flight 103 lies in a field outside the village of Lockerbie, Scotland, on Dec. 22, 1988 photo. All passengers and crew members aboard died in the crash.
© Copyright 2021 The Post-Star, Lawrence & Cooper Streets Glens Falls, NY | Terms of Use | Privacy Policy
Powered by BLOX Content Management System from TownNews.com.
You don't have any notifications.