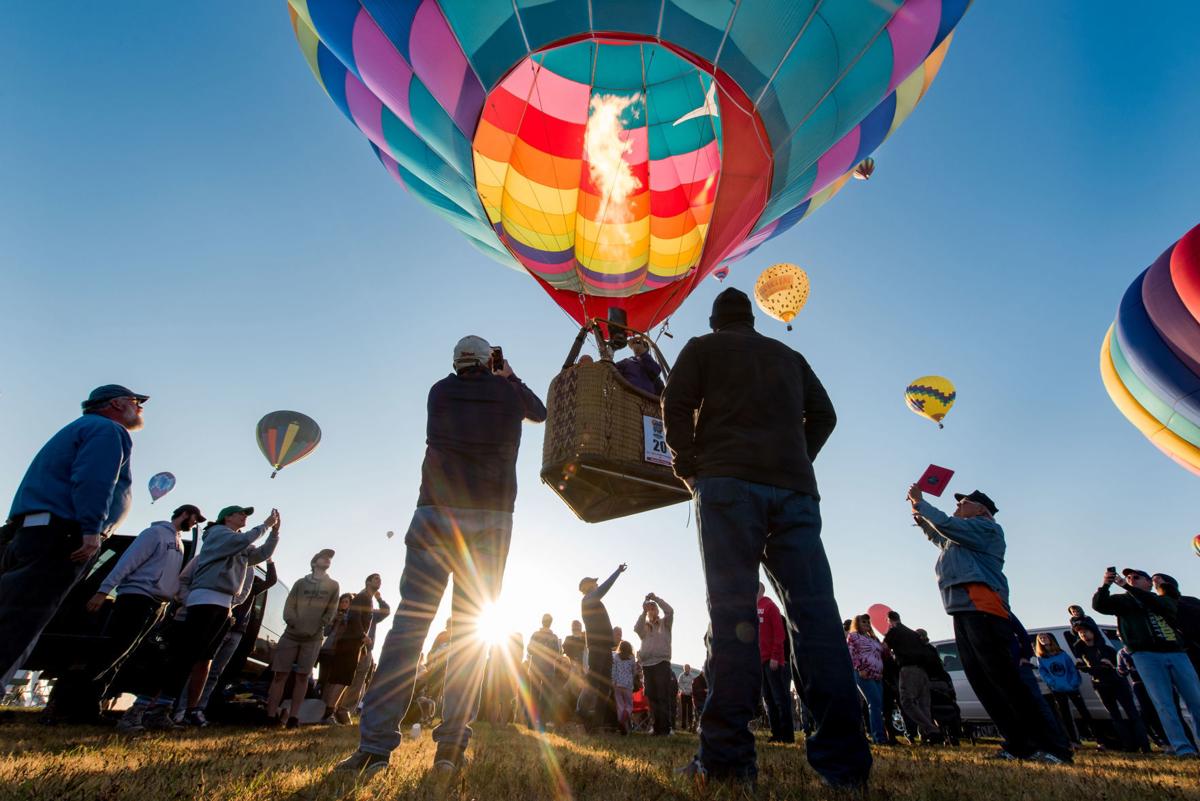 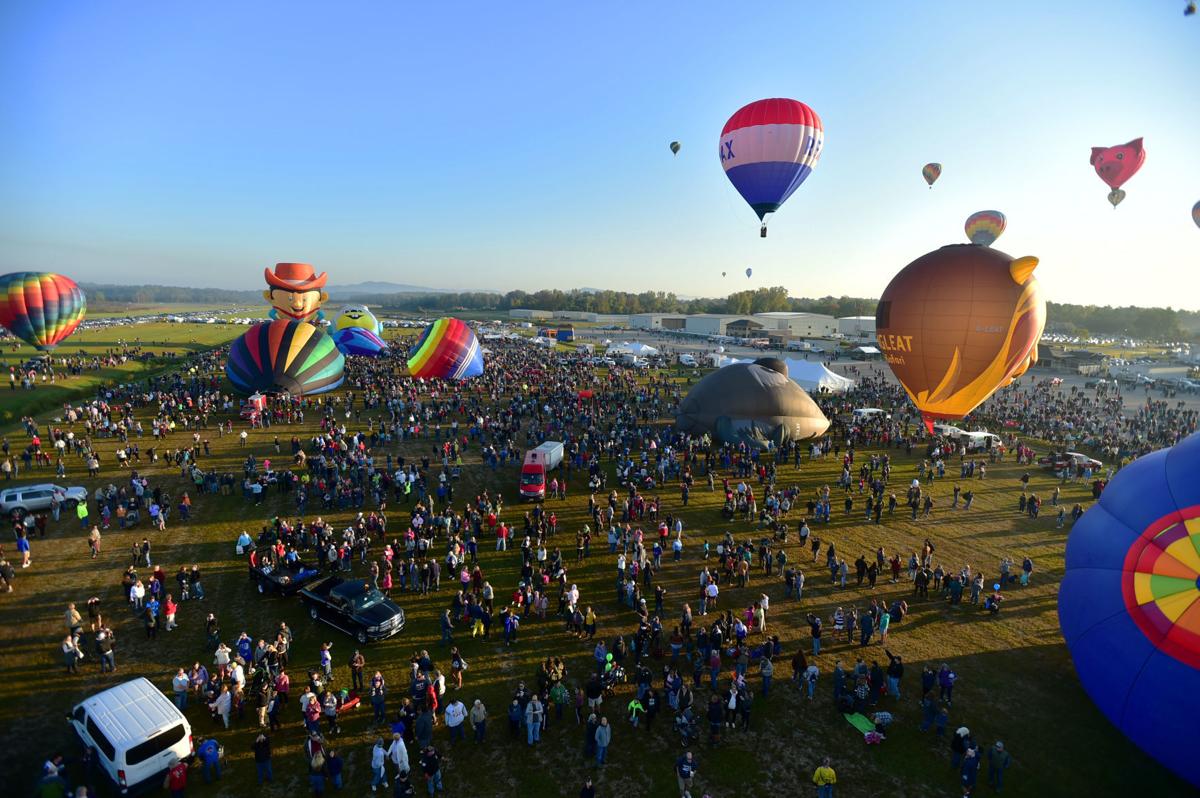 QUEENSBURY — Perfect weather brought record crowds to the 47th Adirondack Balloon Festival as an estimated tens of thousands descended on the Floyd D. Bennett Memorial Airport for a full day of launches.

Vehicles packed both runways at the airport in the early hours and well into the evening as traffic came to a crawl.

“It was easily the biggest crowd ever,” Donahue said. “Vendors were running out of food and drinks. I don’t think anyone could have anticipated this crowd.”

He said the combination of weather and great special shapes and crews all played a factor in Saturday’s success.

Donahue said the conditions have been a dream come true.

“I am pinching myself. You have no idea how spectacular this is,” Donahue said. “This just doesn’t happen for us. We never get perfect weather for this event.”

The evening capped off with a moonglow, which lines up inflated balloons with pilots igniting their burners.

Donahue said they expected more, but pilots couldn’t return due to massive amounts of traffic from the record crowd returning home.

More than 60 balloons took to sky Saturday evening while the rest stayed behind for the moon glow event.

“They just couldn’t get back in. There was no way to do both,” Donahue said.

Donahue said as much as he was enjoying the weather, the efforts of others in the community are what makes the event possible.

“This is a community event. We can’t do this without the county, the airport, the City of Glens Falls, the Town of Queensbury,” Donahue said. “It’s an awesome operation and a true partnership to celebrate the quality of life and who we are in the North Country.”

As for Sunday, expect more of the same.

Chief weatherperson for the festival Peter Griswold said conditions Sunday morning should be fairly similar to Saturday, but with the winds picking up slightly.

“It’s forecasted to stay under 10 mph at the moment, but you never know until you get here,” Griswold said.

Strong winds can keep balloons grounded and Griswold said they will have to keep a close eye on speeds before deciding to launch early Sunday.

Sunday’s schedule includes a launch of up to 100 balloons at the airport in honor of Adirondack Balloon Festival founder Walter Grishkot.

The festival than shifts back to Crandall Park, where it kicked off on Thursday night.

“The weather is continuing to cooperate and we’ll be back out and ready to reset for another magnificent morning and close it out at Crandall Park tomorrow night,” Donahue said.

6:30 to 7:30 a.m.: Walter's Mass Ascension — Simultaneous flight of up to 100 balloons and special shapes (weather permitting)

2-5 p.m.: Musical performance from Across the Pond

Notebook: Beating the traffic by camping

Monahans relish in their own backyard flying balloons, bringing joy