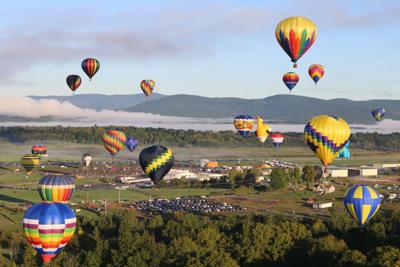 QUEENSBURY — The special shape balloons have made their way through Customs and are ready to fly at this weekend’s 47th Adirondack Balloon Festival, running from Thursday through Sunday.

Balloon pilot and owner of SunKiss Ballooning, Todd Monahan, will be debuting Allycorn the Unicorn on Friday, weather permitting, for the first of several flights this weekend.

Monahan said he and his brother Scott worked with the Brazilian company AirFly Balloons to create the bright pink and rainbow colored unicorn, a design inspired by Scott’s daughter, Jade.

“This is the first balloon we’ve built from the production side all the way to the end,” Todd said. “We worked for eight months just on designing, and the production was another two and a half.”

He said Jade offered plenty of feedback on the design and, so far, it has been very popular with all the children who have gotten an early look.

Monahan said it wasn’t very difficult getting the balloon from Brazil to his business, which is based in Queensbury, and the process for FAA approval actually took longer.

“We’ve worked through all the paperwork, got it inspected and even they thought it was a cool balloon too,” Monahan said.

The irregular shape offers unique challenges for piloting and landing, according to Monahan. Wind changes and changes in altitude affect the irregular shape much differently than others, which is why some special shapes can stay grounded even when others are allowed to launch.

Mark Donahue, the director of the festival, said he and others are very excited about the special shapes this year and keeping the unique balloons fresh and interesting is a big part of the job.

“These balloons have never been here before,” Donahue said. “It’s making little kids’ dreams come true seeing a unicorn up close, much less flying in the sky.”

The majority of the special shapes this year are animals, including Allycorn, Simbaloo the Lion and Adelaid the Koala, among others. Donahue said the zoo concept was not intended, but the search for interesting shapes led to a similar theme.

Monahan will be one of the 94 pilots registered to fly as of Wednesday, and the festival will also feature around 70 vendors as part of the craft fair that happens throughout the event.

Donahue said this was slightly above average and coincided with the 100th anniversary of the Zonta Club, which organizes the vendors.

The forecast for the weekend looks ideal as of Wednesday, with no rain and highs in the low 80s, but all launches are subject to change and cancellations based on rain, wind or other weather.

“We meet with the county every year afterward, and we couldn’t be happier with how they’ve made it work,” Coker said. “It’s the smoothest we’ve ever seen.”

After the Adirondack festival, Monahan and Allycorn will head to the world’s largest balloon festival in Albuquerque, New Mexico, where it will also be headliner as a unique shape.

One at a time. pic.twitter.com/zEJXgLPOOE

This was the first balloon to take off from Crandall Park tonight for the opening of the @ADKballoonfest. pic.twitter.com/OsUkNcxNmF

QUEENSBURY — It is going to be a zoo at the 47th annual Adirondack Balloon Festival, with six out of the seven special shape balloons represen…

GLENS FALLS — One helium balloon can make all the difference for the Adirondack Balloon Festival.

Balloon flights grounded Friday, as winds can make for an unpredictable ride

QUEENSBURY — The Adirondack Balloon Festival had to ground all flights Friday as winds pushed 11 to 13 mph with gusts reaching 20 mph.

Erin Reid Coker and Chuck Aiken have known each other for 40 years, but they didn't expect broadcasting the Adirondack Balloon Festival would …

Festival notebook: The secret is out

Not everyone knows about the Friday morning balloon launch at Crandall Park, but if you live close by, it is an opportunity to take in the bal…

Jessica Kempisty and Andrew Snider don’t have a wedding date yet, but the engaged couple took advantage of Saturday’s colorful backdrop at the…

Monahans relish in their own backyard flying balloons, bringing joy 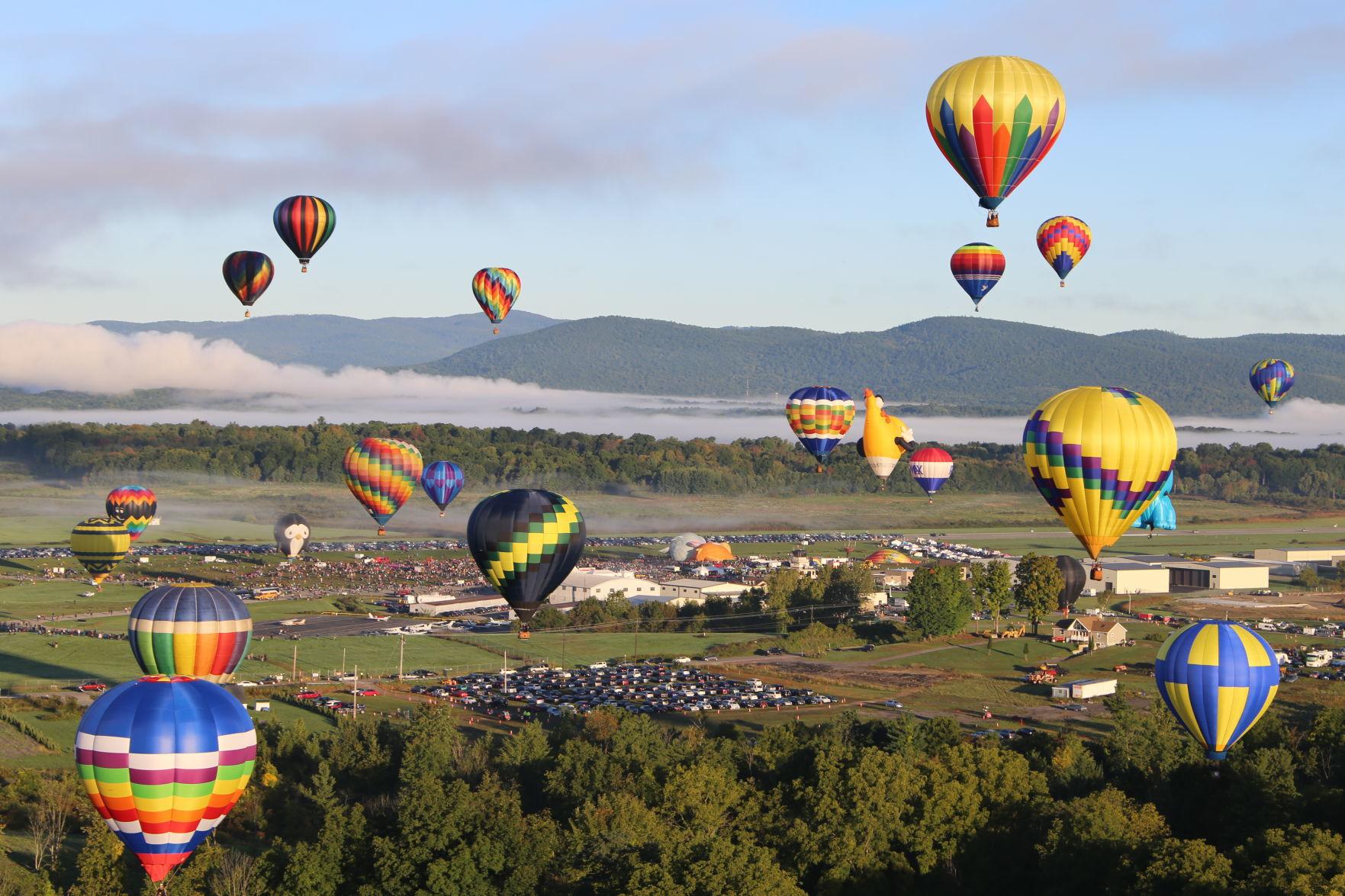 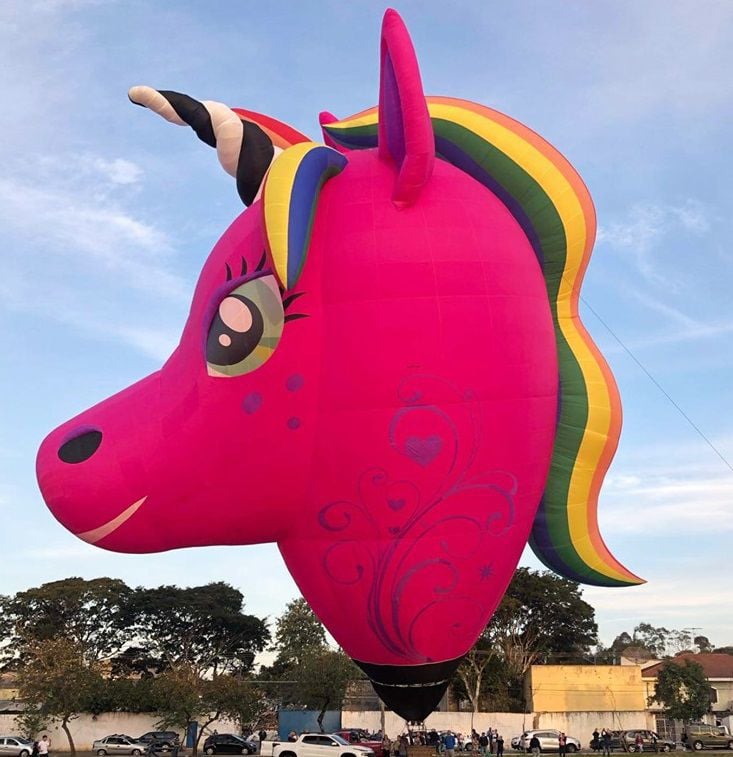 Allycorn the Unicorn, one of the new balloons coming to the Adirondack Balloon Festival this year. 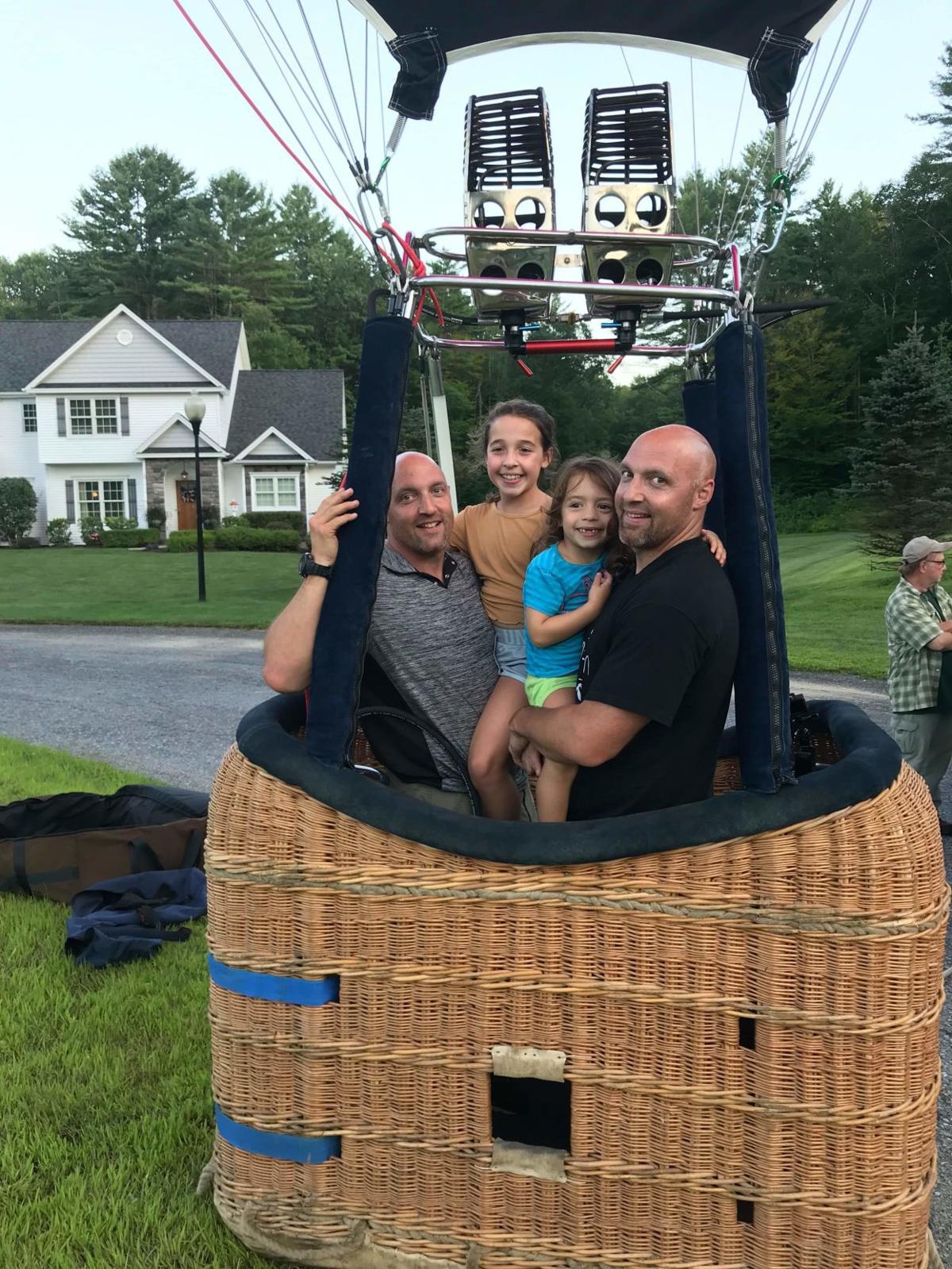 Todd Monahan, left, with nieces Maddie and Jade Monahan and brother Scott pile into the basket of the balloon Allycorn, a pink and rainbow unicorn making its debut at this year's Adirondack Balloon Festival on Friday. 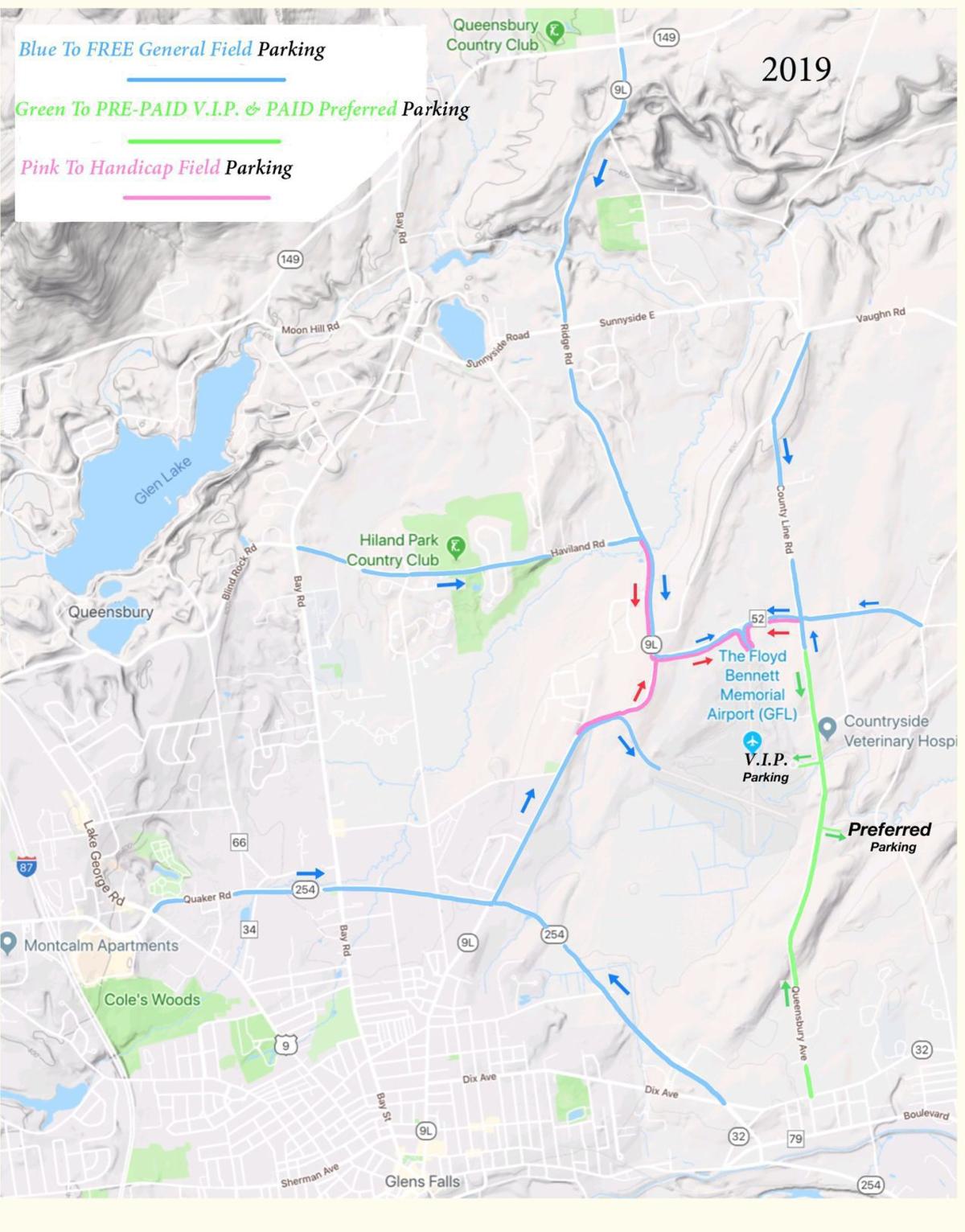