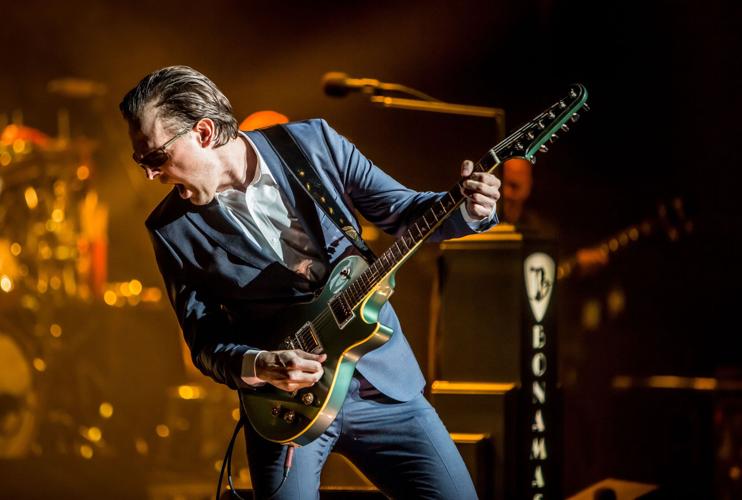 Joe Bonamassa plays at Royal Albert Hall in London. The 40-year-old blues virtuoso from Utica started playing guitar as a kid and has had more No. 1 blues albums than anyone in history. He will take the stage at Saratoga Performing Arts Center on Tuesday. 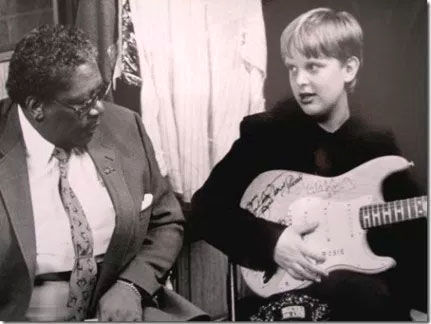 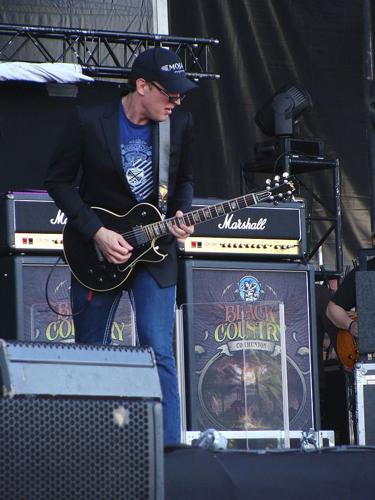 Joe Bonamassa plays with Black Country Communion in 2009. The rock band re-united this year and is releasing an album in September. 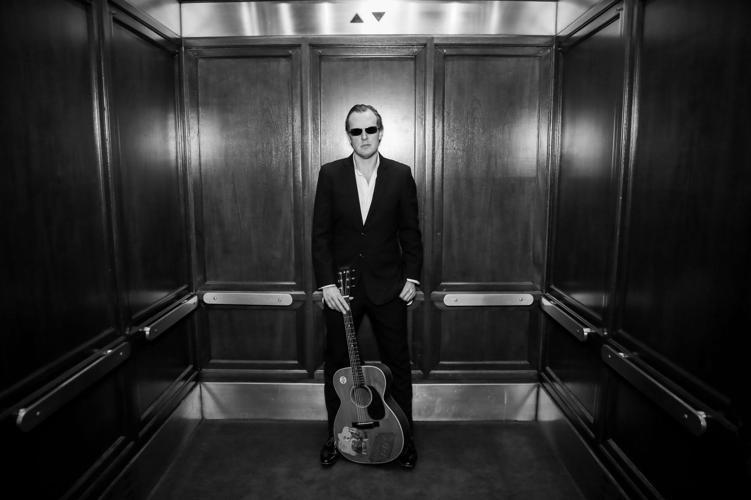 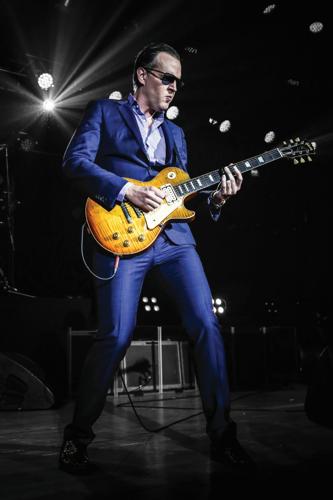 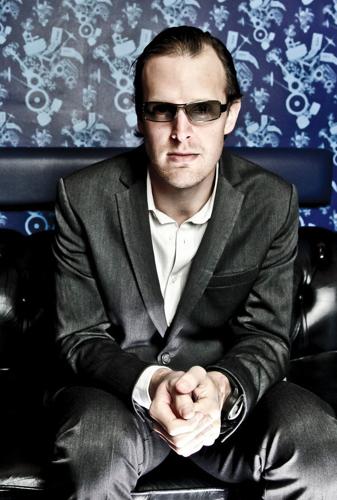 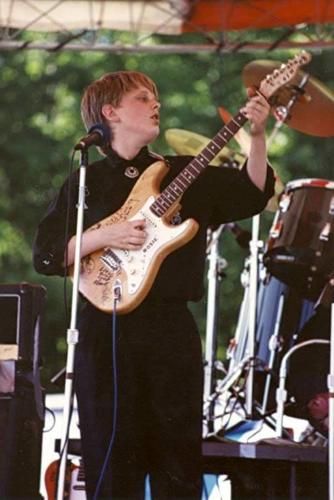 So what about a kid who starts playing the blues before most kids can read? A kid that’s so good, he’s opening shows for B.B. King at 11 and playing alongside John Lee Hooker by 13?

Makes you wonder if a kid like that is just born feeling the guitar screams and wails in his soul. Like it’s always been part of who he is, like some kids are saying, “Yeah, look, I’ve got hands,” and he’s saying, “Yeah, look how I slide my fingers across a string.”

For blues virtuoso Joe Bonamassa, 40, a Utica native, playing the guitar is what he’s been doing for most of his life. And on Tuesday, Bonamassa will be performing just two hours from his childhood home at Saratoga Performing Arts Center as part of his packed Summer US 2017 Tour.

“We’re doing a more original show and we are changing the set every night,” Bonamassa said in an interview Wednesday evening just before his show in Cape Cod. “I’m not going all jam on you, but we’re keeping it interesting.”

And for those at a Joe Bonamassa concert, there’s something about the way it feels — the way it hits, bone-deep, instinctive, visceral and makes you want to squeal a long, “Whoooo,” and shout, “Yeah!”

Born Joseph Leonard Bonamassa, he was playing guitar with his dad, who also played guitar and owned a guitar shop, by the time he was 4. And when his dad played Eric Clapton and other British and Irish blues artists, Bonamassa said he always wanted to make that sound.

“It’s just a personal taste of mine, it’s ballsier,” he said, referring to artists like Led Zeppelin’s Jimmy Page and Robert Plant.

When he was 12, Jane Pauley’s “Real Life” aired a story about Bonamassa. At school, like most 12-year-olds, Bonamassa was a bit gawky and at times uncomfortable in his own body. But once on stage, flipping the switch on his amp and lighting up those strings was like flipping a switch on himself.

Playing next to legend John Lee Hooker, his soul was cooking as if he had been doing it for about as long as other naturals like Stevie Ray Vaughn and Eric Clapton.

Still, on Wednesday he said he didn’t realize the magnitude of what he did as a teen and only now can he really see what his early days meant.

Bonamassa has played with the best of the best and the list is long, but he hasn’t yet shared the stage with Van Morrison.

In addition to playing with blues icons when he was 12, Bonamassa was also gigging around western New York and Pennsylvania with his band, Smokin’ Joe Bonamassa.

At the time, he played a 1972 Fender Stratocaster he called “Rosie.” And since that time, he has amassed a huge collection, even though he still loves his sunburst 1960 Les Paul.

“I have a guitar collection with hundreds of guitars and amplifiers,” he said.

It’s been a 30-year ride so far for Bonamassa. And much like when he was 12, he seems to have two personalities: The one with and the one without a guitar and a stage.

When not on stage, at least in this interview, he seems more laid back, trusting in today and where the journey takes him. And there’s an uncanny irony in some of his choices, like his just released “Live at Carnegie Hall — An Acoustic Evening.”

“I hate acoustic guitar,” he said, talking about how he thought, how better to film a guy playing acoustic than on stage at Carnegie Hall.

Why does he hate acoustic guitar?

This year, he reconnected with hard-rock band Black Country Communion and they are releasing their fourth album in mid-September.

“It’s been five years since we made an album. We had some problems for awhile,” he said about the split. “It was about touring and personal preferences.

Bonamassa has sold more than 3 million albums, he tours over 200 days a year and he’s had more No. 1 blues albums than anyone in history.

And because Bonamassa believes in the blues, his nonprofit, Keeping The Blues Alive Foundation, funds programs and scholarships for students and teachers with the desire but no resources to achieve their potential in the music industry. The foundation has been able to fund projects helping more than 30,000 students in the past four years.

“Joe Bonamassa absolutely ‘walks the walk’ when it comes to supporting music education and inspiring the next generation,” said Beth Marlis, vice president of Industry + Community Relations at Musicians Institute, in a press release. “We are proud of our ongoing partnership with Joe, and we’re confident that this amazing scholarship opportunity will excite the talents of aspiring guitarists around the world.”

On Wednesday, Bonamassa said he lives in L.A., he has a girlfriend and she’s a musician, but that’s about as much as he would reveal. His parents still live in the home he grew up in and he is just trusting in the rest of the ride to see where he lands.

For more information: Go to www.spac.org

The wailing blues of Joe Bonamassa

This sunscreen for your scalp has been recalled

What to gift yourself this Valentine's Day

What to gift yourself this Valentine's Day

Could the zombie fungus from 'The Last of Us' really happen?

Could the zombie fungus from 'The Last of Us' really happen?

The signs and symptoms of tonsillitis

The signs and symptoms of tonsillitis

Joe Bonamassa plays at Royal Albert Hall in London. The 40-year-old blues virtuoso from Utica started playing guitar as a kid and has had more No. 1 blues albums than anyone in history. He will take the stage at Saratoga Performing Arts Center on Tuesday.

Joe Bonamassa plays with Black Country Communion in 2009. The rock band re-united this year and is releasing an album in September.