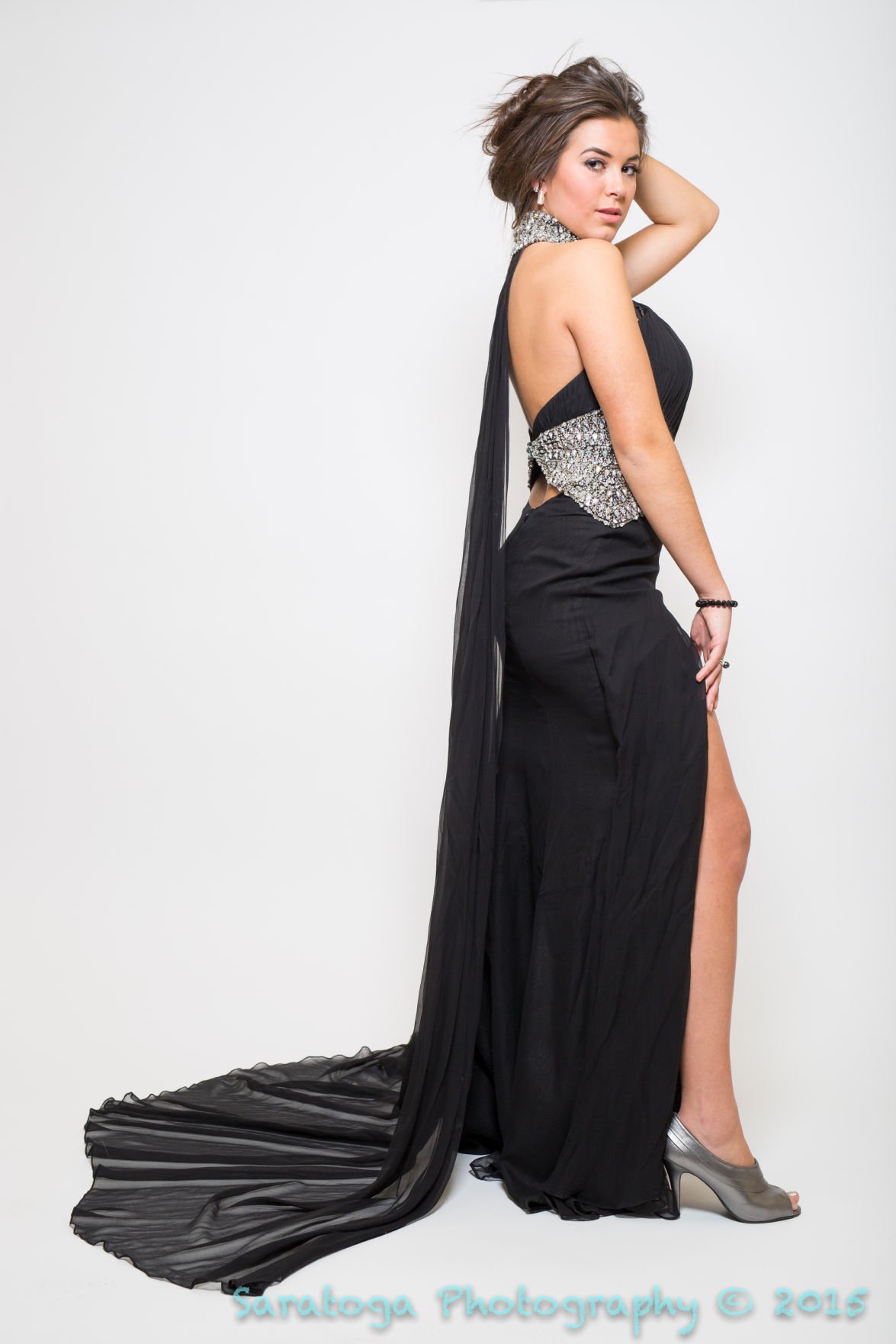 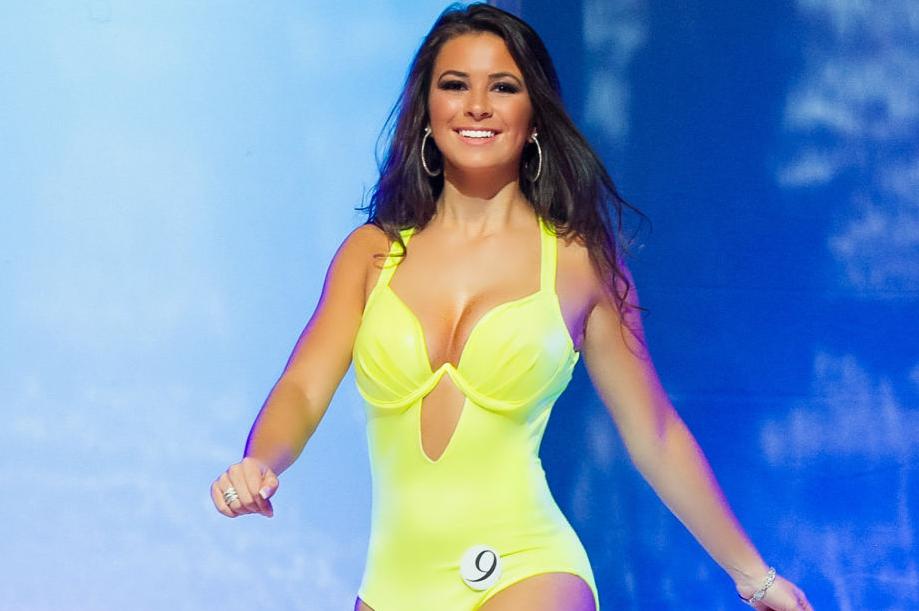 Rachel Bush, a senior at Newcomb Central School, was a semifinalist in the 2014 Miss Teen New York competition.

Rachel Bush was bored, scrolling through Facebook, when she saw an advertisement for the Miss New York pageant. She clicked on the link absent-mindedly, not realizing she was opening doors for her future.

The 17-year-old Newcomb Central School senior said she had mostly forgotten about the competition when she received word she was accepted.

“It was spur of the moment to apply — just little me from Newcomb,” she said.

After Bush received her acceptance letter in the summer of 2013, she was interviewed on the phone. After passing that test, she sent photographs of herself and was selected for the teen branch of the 2014 competition, in which she went on to become a semifinalist.

“It was a very busy six months to prepare,” Bush said, remembering the hours of cardio she put in to prepare for the swimsuit leg of the competition. “The bathing suit, that really motivated me for working out — you’re so close to the judges and people watching you.”

But Bush took to the scrutiny — “I really kind of like the limelight,” she said — and is now pursuing modeling.

On a family vacation not long after the competition, she, her mom and 15-year-old sister, Jordan, visited Premiere Model Management in New Smyrna, Florida, where Rachel and Jordan were signed.

Christine Harris, owner of the agency, said she was thrilled when the Bushes walked in her door. “Of course, Rachel’s gorgeous, she’s very marketable — the all-American girl,” Harris said.

It’s a look Harris is confident will land Bush jobs down the road — especially in Florida, where, Harris said, people are more outdoorsy and appreciate a healthy look.

“Rachel has more of a curvy look, not the waif-thin, heroin chic, gaunt look at all,” she said.

Bush already flew to Florida for a half-day of shoots. The first was on a beautiful beach, modeling a bikini and jewelry. That shoot required a natural look, so hair and makeup didn’t take too long. The second was under a bridge, in more of a city setting, Bush said. She was photographed with her hair piled on top of her head.

“The hardest thing for me during the photo shoots is seeing myself in a way I’m not used to,” she said.

Harris said she sent Bush’s composite card — a sheet of photographs that shows the teenager with a variety of expressions and wearing different types of clothing, to show her range — but that the timing is off.

“There are all kinds of bookings out there; I just wish she lived closer,” Harris said.

Bush will attend Florida Atlantic University in Boca Raton in the fall, a move Bush and Harris are confident will pay off for Bush’s modeling career.

“Being closer will help her land more jobs,” Harris said. “Direct booking in the modeling world is difficult if you’re new; clients want to meet her in casting.”

Once she’s local, Harris said she’ll send Bush’s card to clients searching for a look like hers. The client narrows down its search, then makes a casting call. “You might have two minutes, or 10,” Harris said, to show how the product fits the model and the model’s personality. Then, the client contacts the agent to book the model it chooses.

A job can range considerably in pay. Harris said a small booking can bring in $250 for a day’s work, while a recent Crest campaign paid $25,000 for one day.

Bush is planning on a career in international sales, but is hoping modeling will see her at least through college.

“It’s more of a side thing, but it’s there as an option,” she said.

Bush recognizes she likely doesn’t have runway potential — she is only 5’6,” which likely makes her too short for high fashion — and she has to work hard to maintain her size 2 figure, and even then, it fluctuates.

“It’s hard to maintain a body that’s something like mine and my family’s without working out and eating right,” she said.

Her diet includes “a lot” of salad, eggs, protein for muscles and next to no carbs.

It’s effort well spent, said Alan King, the owner of Saratoga Photography who worked with Bush recently and noted her potential. “Not only she has the look, she listens to directions well,” he said.

Despite the praise, Bush tries to keep a level head.

— an attitude she admits is difficult not to fall into when people are giving you attention for your looks.

It’s one she pulls off well, though, said Kathy Larkin, a Newcomb social studies teacher who has had Rachel in class since she was a seventh-grader.

“She doesn’t let it go to her head,” Larkin said.

“I think she’s beautiful inside and out, but I think what she tries to do is understand that beauty is only skin deep, so she makes a concerted effort to work on inner beauty,” Larkin said.

Attending a school as small as Newcomb can help keep students grounded. Larkin

said most students have known one another for years, so while they recognize Bush’s beauty, her looks are just a small part of her.

“The pageants and modeling are a change for me,” Bush said, noting she spends a lot of her time snowboarding, skiing and wakeboarding. “It’s kind of like a double life in a way.”

That double life gets mixed results, too, in real life, where most people are positive and supportive, and online, where green monsters rear their heads a bit more openly.

“I have learned to deal really well with some of the comments that I do get,” she said. “Hateful comments honestly just make me want to be more successful.”

How to get started

Christine Harris, owner of Premiere Model Management in New Smyrna, Florida, offers the following tips for people looking to get into modeling:

-- Always visit the agency in person.

-- Get a snapshot of your face and a full-length image to an agency, then go visit in person to get a feel if the agency is reputable and comfortable.

-- There should be no fees other than materials like composite cards and fashion shoots.

DEAR ABBY: Every year for the last 15 years or so, my husband’s sister has sent us a huge box of homemade cookies for Christmas. My husband is…

Dear Abby: Cranky friend at work may be threat to advancement

DEAR ABBY: I moved to town not long before the pandemic and don’t have many close friends here. One of my best friends is a co-worker, “Ronna,…

DEAR ABBY: I have a delightful, caring, loving man in my life. We knew each other years ago when we were married to other people. Three years …

DEAR ABBY: My 63-year-old mother has recently been diagnosed with stage-4 metastatic lung cancer. Even prior to her diagnosis she was a negati…

Dear Abby: Daughter dishes out criticism but can't take it from mom

DEAR ABBY: Recently, I kindly and lovingly gave my daughter some feedback on how she berates her husband in front of my 8-year-old grandson. I…

DEAR ABBY: I could use some advice on the best response to my 89-year-old father’s letters. He cleverly inserts insults into them without writ…

Hartford senior Envy Geroux has been selected as the recipient of the Daughters of the American Revolution Good Citizen Award.

When to shop: Search store hours for Thanksgiving and Black Friday

Many retailers are changing their Thanksgiving store hours for 2020. Find out which stores are open when.

The moon moves into young Aries and then to a playful trine with the sun. Here come the fun and games! Note: Games are more satisfying when th…

As doctors and airplane pilots know, checklists prevent disasters. But even when you’re not responsible for a life-or-death outcome, a list ca…

Where can Americans travel right now?

Where can Americans travel right now?

Demand for real Christmas trees up during pandemic

Demand for real Christmas trees up during pandemic

Rachel Bush, a senior at Newcomb Central School, was a semifinalist in the 2014 Miss Teen New York competition.