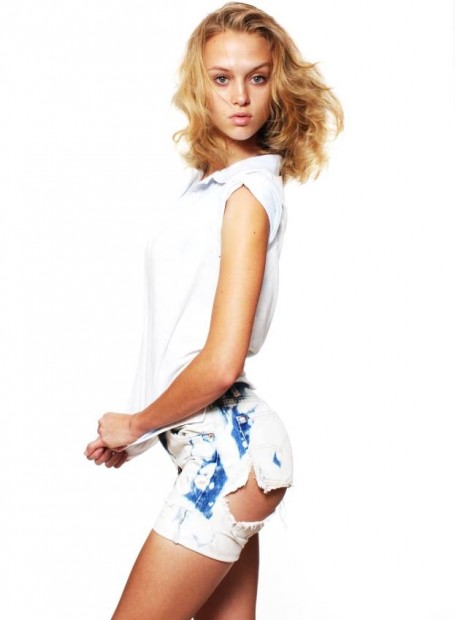 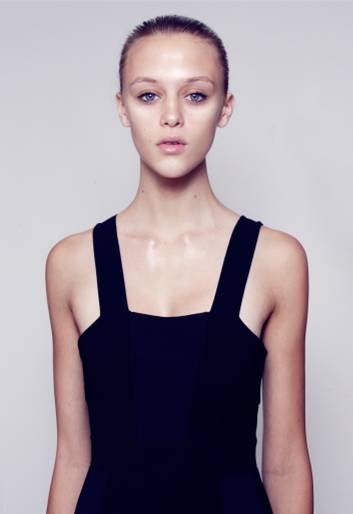 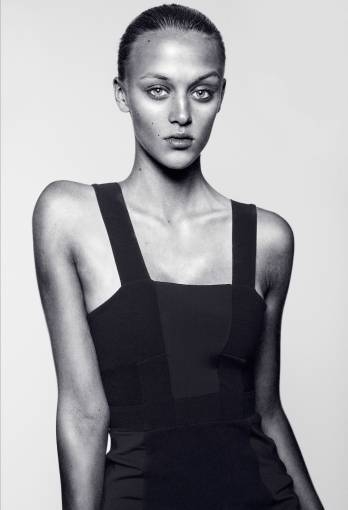 Legend has it Lana Turner was discovered in a Hollywood drug store, and now Rebecca Rogers might be following a similar path to fame.

The 19-year-old June graduate of Salem Central School recently signed with a modeling agency in New York City after being noticed at the Stewart’s Shop in Greenwich last spring.

Rogers, who goes by her middle name, Iris, said she had just come from a singing lesson with her teacher in Greenwich when she walked into the local Stewart’s. Her mother was paying for gas when the cashier saw Rogers.

“I was wearing this puffy jacket, and the cashier started asking my mom questions about me like, ‘She’s tall and skinny. How old is she?’ She came back with a (business) card that had her daughter’s name on it, Valerie, and said I should get in contact with her,” Rogers recalled.

The cashier, Holly Boyce, is the mother of Valerie Winch, a 1999 Schuylerville graduate who owns Valerie Management, a scouting and placement agency for models, in Jacksonville, Fla.

Winch worked five years for Trump Models after receiving her merchandising degree and founded her business three years ago. She is a “mother agent,” managing the careers of her models.

Rogers said she left the store with the card and looked up Winch’s biography on the Internet. She then contacted Winch, who requested she send photographs, and they set up an appointment to meet in Florida during spring break when Rogers was visiting her sister.

Winch arranged a few weeks later to meet with her and her mother at Next Models in New York City, where Rogers was signed immediately.

“Iris is obviously tall and thin, and just has this uniqueness about her that is absolutely gorgeous. She also has a lot of personality that shines through. I knew she was going to be perfect,” Winch said.

The 5-foot-10-inch young woman will be suitable for high fashion editorial work doing runway shows for top designers, according to Winch.

Rogers originally had planned to attend Crane School of Music at SUNY Potsdam this fall for classical singing, and while she believes she’ll still pursue that path, she felt she couldn’t let the modeling opportunity pass her by.

“I’ve been told my entire life, ‘You’re tall and skinny, you should model’ but I’ve said, ‘Whatever.’ I never thought modeling would be an option. It’s always just been singing, singing, singing,” she said. “Another door opened, and I’m taking advantage of it for now.”

Rogers said she spent four weeks in New York this summer doing a “test run” to see if modeling was right for her. She was set up in an apartment for which she pays the rent, and the agency arranged for appointments for test shoots to build her portfolio and “go sees,” which she said are like mini-auditions.

She said by the third week she began getting jobs — going to fittings, doing showroom events and posing for photos for the Chinese magazine, Shang.

Her time in New York hasn’t just been all work, however. Rogers has made some new friends and met celebrities Anne Hathaway, Paul Dano and Jonah Hill.

“I was trying to remain calm, but inside, I was freaking out a little,” she said.

Winch said models typically can expect to “top out” at age 21 in this highly competitive field, but for those who succeed, the earnings can be enormous. In-demand editorial fashion models can make between $10,000 and $15,000 per day.

“I think (Rogers) has great potential, she’s quite a perfectionist. She tries every day and contacts me every day and asks what she can do to help get there. She’s a wonderful girl, so I think she’s going to do really well,” Winch said.

Rogers was home in Salem for a few weeks as agencies and clients were on vacation before Fashion Week, but she planned to return to New York soon. She said she might be eligible for an overseas assignment in September but will only get the job if she can lose one inch off her hip measurement.

In the meantime, she has been working with a personal trainer and avoiding sweets to reach her goal.

Rogers said she is happy with her decision to try modeling and plans to stay with it for at least a year.

“There are days where it’s tough and days when all I want to do is eat a hamburger and some French fries and some ice cream and just cry.” she said with a laugh, “And then there are days where it’s really good and I’m very proud of myself. I take one step at a time. I don’t want to throw away my education, and I certainly don’t want to throw away singing. It’s definitely going to be there, I just don’t know when.”

DEAR ABBY: I’ve dealt with anxiety and depression for decades, but I’m finally on a medication that works for me. I’m in my 40s and feel emoti…

PennyWise Episode 39: Easy ways to save money on holiday decorations this year

Habits to avoid while being a houseguest

Habits to avoid while being a houseguest