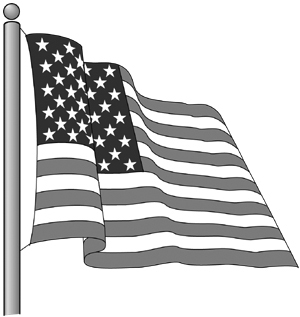 William was an active member of the community, involved in politics; running for local mayor and sheriff, determined to try and make a difference. He was a proud veteran who served in both the Air Force and the Army National Guard.

He had just returned to SUNY Adirondack for the Spring 2012 semester to further his education. William enjoyed the outdoors and lending neighbors a hand. He was an avid golfer and a

longtime train collector. He especially enjoyed spending time with his family and friends.

Friends may call from 11 a.m. to noon Tuesday, at the funeral home, prior to the service.

What Americans like to eat on a first date

What Americans like to eat on a first date

Ways to save money on pet care

Ways to save money on pet care

These are the most popular condiments around the world

These are the most popular condiments around the world

I am surprised no one commented on Bill's determination in his efforts to run for office. Even though the two party system of Dems and Repubs as well as the mainstream media kept him from his goal, he kept plugging along. Sincere sorrow for the family and friends who were involved in Bill's life on a daily basis. Good luck Bill in the afterlife. I am sure you will run for office there as well. Thanks for your efforts here trying to make a difference.

Sorry to hear about your dad and grandpa. I will remember him as always being good to me. He is going to be greatly missed by many people. You are in my thoughts and prayers.

My prayers are with you, Yvonne, and all the rest of Billy's family during this time of sorry. He was a big part of your strength. I have confidence that his legacy of knowledge will give you all the strength you will need to continue on in life's journey. God Bless and much love, Michele Touchette, RN