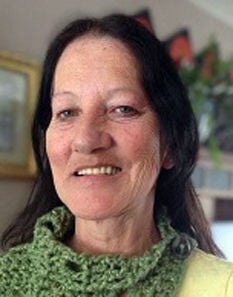 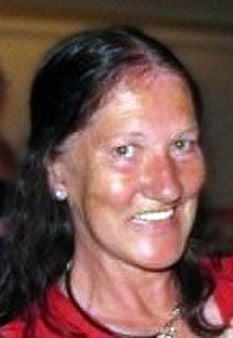 Peggy was enthusiastic about fishing on Lake Ontario, her favorite spot. She loved being outdoors, especially walking in nature. Her other hobbies included going to garage sales and playing candy crush. Peggy most cherished time spent with her family, especially with her grandchildren and great granddaughter. She had an enormous collection of DVDs. She enjoyed watching movies with her son, Jason, going to her daughter, Tanya’s camp and spoiling her dog, Daisy. Peggy was not able to travel, but she traveled through her brother and sister-in-law. Rick and Veronica always sent Peggy beautiful gifts from all across the world for her to enjoy and live through. She was never seen without a cup of coffee in hand and she loved her candy and was fortunate enough to never gain a pound. Peggy was a hard worker and enjoyed working at Glens Falls Hospital and Ginny Rae’s. She worked hard to provide for her family and even give them a little extra. Christmas was no exception. She filled her living room with so many gifts there was nowhere to sit. She smiled and got great joy out of watching her family open their Christmas gifts. Her smile will be greatly missed!

She is survived by her daughter and son-in-law, Tanya and Alan Dubois Jr. of South Glens Falls; her son and daughter-in-law, Jason and Kirstyn Pratt of Queensbury; brother and sister-in-law, Rick and Veronica Carpenter of Minnesota; sister, Betty Carpenter of Idaho; grandchildren, Dyllon Pratt, Ashana Pratt, Dravin Pratt, Andrew Dubois, Brandon Dubois, Krueger Moss, Deacon Pratt, Hailey Dubois and Roman Pratt; and great granddaughter, Nova Bristol. She is also survived by her nieces and nephews including Renee Hladik, whom she had a special bond with and a “second” daughter, Kelly Chadwick. She also leaves behind two sisters-in-law, Gail Reyes and Lynn Conlee.

Funeral services will be held at a later date.

Memorial contributions may be made to a charity of one’s choice in memory of Peggy.

Arrangements are under the care of Regan Denny Stafford Funeral Home, Queensbury, NY.

To leave the family an online condolence, visit www.sbfuneralhome.com.

To plant a tree in memory of Peggy Pratt as a living tribute, please visit Tribute Store.