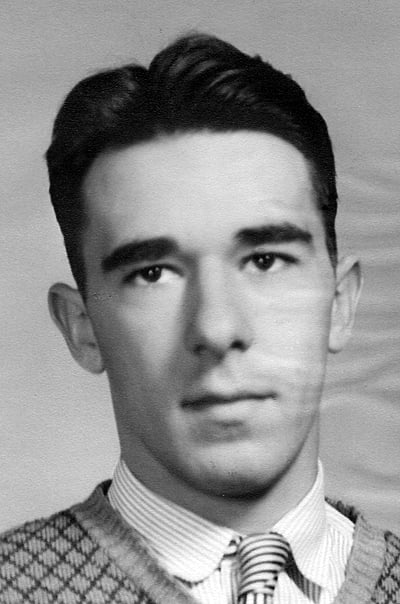 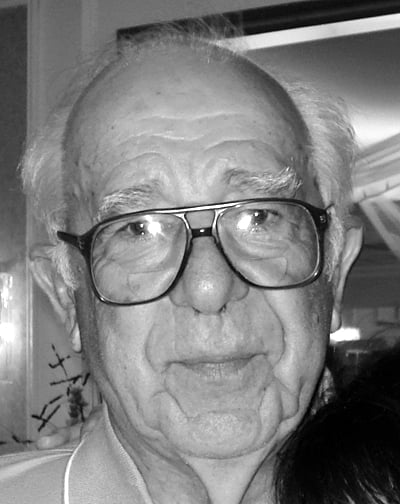 CORINTH -- On May 25, 2013, Paul Granger headed out in his old blue truck in search of herons, eagles, geese, a free pile and a radio that plays the New York Yankees or Garrison Keillor all day long!

His family moved to Corinth in the early 30s where Raoul worked at International Paper Company. Growing up he was known to some of his childhood friends as Harry or was it “hairy”? Before Paul graduated from Corinth High school in 1948, he earned the rank of Eagle Scout. After high school, he joined the Naval Reserves and did his training in Chicago at the Great Lakes training center. He fondly remembered “puking” all the way to Guantanamo Bay and back. Wisely, his water adventures ended and he embarked on his career as a builder. He became more than that as he crafted and created beautiful destinations, places of the heart, enduring friendships and most importantly a close-knit family! Paul was smitten with Joyce Kenyon from their first encounter and showered her with gifts, letters and relentless adoration until his 21st birthday when after a little prodding from her, she agreed to marry him. Paul always said he took her out of Stony Creek and bought for her, her first pair of shoes. On June 28, 1952, they were permanently united at St. Cecilia’s in Warrensburg, N.Y., and attended Mass there on their anniversary every year since!

Civic minded, he never missed exercising his right to vote and instilled his love of America the Beautiful, New York state, the Adirondacks and his hometown of Corinth in all of his children, grandchildren and extended Granger family members. With his lifelong friend and cohort Dave Woodcock and his Aunt Thena, the Corinth Answering Service was born and became a lifeline for many Corinthians in need of assistance from lost cats to “Chimbley fires.” He had a deep respect for those who served the public in any capacity from police to firemen, EMTs and those in public office. He stood and removed his cap whenever the National anthem was played and it was common to see tears of pride at Kate Smith’s rendition of God Bless America!

Being a man of faith, he chose the vocation of Joseph and began a storied career in carpentry and construction. In the 50s and early 60s he built many homes in the greater Corinth area. He joined the Carpenter’s Union and began work on several projects where he served as carpenter, steward, foreman, general foreman and eventually superintendent. The first of several major projects Dad was involved in was an expansion at Finch Pruyn and then on to the expansion of Interstate 87 north to Montreal in the mid 60s, followed by Newcomb School, International Paper in Corinth, and Albany’s South Mall project. Next, more International Paper company expansions in various locations throughout the Northeast, where he began his “working on the road” phase. The Queensbury Water Plant was the first of its kind in the country. In Oswego, it was the Nine Mile Point II Nuclear Plant Project where he supervised 1,500 men throughout the late 70s and early 80s. After Oswego, he worked with Bechtel on the Hydro Project at International Paper in Corinth. In Lake Placid, he worked on the Olympic Training Center for the USA’s most promising athletes. All the while, Joyce stayed home in Corinth raising the kids and Dad continued with smaller projects. When he finally “retired,” he became “clerk of the works” on several local projects including firehouses, hardware stores, Wilton town highway garage and credit unions. Paul was extremely proud of each and every project with which he was involved. Specifically, he was proud of the Olympic Training Center in Lake Placid, The Powerhouse In Scriba, N.Y., and in Albany, “The Egg” at the South Mall which is the project that elevated his position to a supervisory role!

Ever devoted to her Paul, Joyce stayed home during the week in Corinth with the kids and drove to Maine, Oswego, or Lake Placid to see Paul on weekends. Dad made new friends and family everywhere he worked but none was more special than his second home in Oswego. An incredibly rewarding part of the years was his opportunity to work with his sons, Jeffrey, Kevin, Christopher and Matthew on several job sites and the home of his daughter Wendy.

In his spare time, Paul created memories and traditions with Joyce and the kids and, eventually, grandkids. Sundays, after Mass, it was car rides around the countryside to visit popcorn stands, sugarhouses and local dining favorites. We learned the pleasures of New Way lunch hot dogs (dirt sticks), The Brass Bucket, Walt’s Diner, Talk of the Town, Cinnamon Toast at Wades in Oswego, and of late, breakfast at Mollies. He was a big fan of family owned restaurants and their staff. Dad taught us to appreciate and reward exceptional service! We watched “Bonanza,” “The Wonderful World of Disney,” “The Muppet Show” and “Hee Haw ... Corinth, New York, population 2,522 ... Salute!!!”

Dad enjoyed all kinds of music and inherited a musical ability from his dad, Raoul, who was a company bugler in World War I in the European theatre. Dad was a first class trumpet player and was a member and lover of drum and bugle corps. Dad was often heard whistling and loved to sing in church. A huge fan of all things brass, he especially liked John Philip Sousa, Patriotic Marching music, the Canadian Brass, and of course, Mom.

Besides music, he loved reading newspapers cover to cover, and listening to NPR and his all-time favorite was “Prairie Home Companion.” Dad and Mom made yearly pilgrimages to Tanglewood to see Garrison Keillor and listen to stories about Lake Woebegone, “where all the women were strong, all of the men were good looking, and all of the children were above average.”

Sports were a lifelong conversation for Dad. An eternal Yankee fan, he had tickets to attend game 4 and 5 of the 1950 World Series at Yankee Stadium. He saw them capture the title from Philadelphia in game 4. (We are hoping he saved the game 5 tickets ...) He had an intense admiration and respect for players on any team who embodied the spirit of teamwork and good sportsmanship. The number 42 was doubly special for him and he was excited to see “Mo” Rivera start the 2013 season with 17 straight saves. Notre Dame, thoroughbred horse racing and golf were often on the TV when visitors arrived.

Paul was predeceased by his parents, Raoul and Clara, his sisters and brothers-in-law, Marie and Clarence Cowles, and Doris and Dallas LaVoy; a special cousin, Joyce Mjaatvedt and her husband, Norman, a son-in-law, Michael Reardon, and lots of Houser, Holland and Granger cousins in Corinth, Troy, Wynantskill and beyond.

Friends are invited to share their memories with the family from 1 to 3 p.m. and 5 to 8 p.m. Wednesday, May 29, at Hadley Luzerne Weslyan Church. A funeral Mass will be held at 11 a.m. Thursday, May 30, at Holy Mother and Child Catholic Church in Corinth. “Paulbearers” are sons, Kevin Granger, Christopher Granger, Matthew Granger, sons-in-law, Lyle Baxter, and Jeff Garry, and godson, Michael Woodcock. Honorary “Paulbearers” are Ken Stein and Bob Congdon.

Donations in Paul’s memory may be made to the Corinth Fire Department or the Ronald McDonald House in Albany.

Dad was a man of few words, powerful faith and deliberate actions. He lived by a code of honor. When he arrives at the “ pearly gates”, if there is anything needing fixing, I am sure that Dad “ will put his best man on it.”

To express your condolences to Paul’s family, please visit www.brewermillerfuneralhomes.com.

although I didn't know Paul personally I knew his son Christopher, and his confidence and personality certainly shows the same qualitys his father had, sounds like he had a great life and great kids R.I.P.