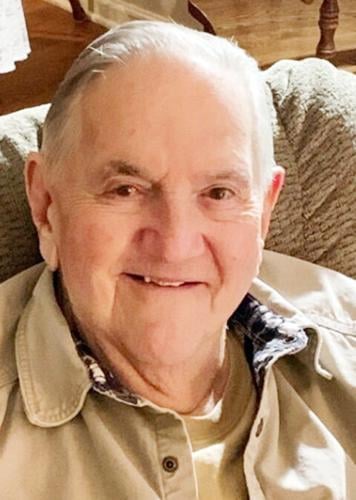 QUEENSBURY — Gerald F. “Jerry” Vogel, 81, of Queensbury, died on Sunday, Nov. 20, 2022 at Albany Medical Center following a short illness surrounded by his loving family. Born on Jan. 30, 1941 in Troy, NY, he was the son of the late Ella Elizabeth (Van Wie) and Henry F. Vogel and was predeceased by his older brother George H. Vogel and his late wife Donna Angela (Condello) Vogel and his beloved dachshund, Jessie James.

A United States Army veteran of the Cold War, Jerry served in France and Germany. He often spoke about standing watch at the Berlin Wall. He is a member of the Hudson Falls American Legion Post 574.

Jerry was a jack of all trades, and according to him, master of all. He worked for Pepsi, was a mechanic, a bridge painter and house mover to name a few until he started his career with Burns Security/Burns International. He started as a guard, moved up to become Supervisor, to Area Representative, Operations Manager and finally District Manager.

During the 1980 Winter Olympics, he oversaw Burns Operations at 24 different Olympic sites in Lake Placid. They were retained to secure the maze of NY telephone electronics equipment that was specifically designed and built to transmit the Olympics TV coverage throughout the U.S. and overseas. He received a letter of commendation for his work at the Olympics.

Jerry married his wife, Mary Ann (Montello Iannucci), in 2004. They loved traveling to Maine and Cape May and enjoyed lighthouse hunting. Jerry was the “self-appointed Mayor” of Dixon Court and could often be seen riding his lawn tractor and took pride in keeping his yard immaculate as he did with his vehicles. Jerry was a member of the Hendrick Hudson Gun Club where he enjoyed shooting skeet and cooking lunch for the guys.

Besides his wife of 18 years; he is survived by his children: Brian (Erica) Vogel; and granddaughter, Kaitlyn; Stephanie (Shawn) Wickham; and their children: Julie Shearan; and her children; his sister-in-law, Pauline (John) Rose; and his niece, Katelyn Rose; and nephew, Warren County Patrol Officer Robert Rose. He is also survived by his niece, Laura (Paul) Erano; his nephews: Hank (Candy) Vogel, Charlie (Sue) Vogel and George Vogel.

Add an entry as anonymous

Sometimes a subscription detox can be great for your health

Why you feel tired after eating a big holiday meal

Why you feel tired after eating a big holiday meal

Survey: Vegetarianism is on the rise in the U.S.

Survey: Vegetarianism is on the rise in the U.S.