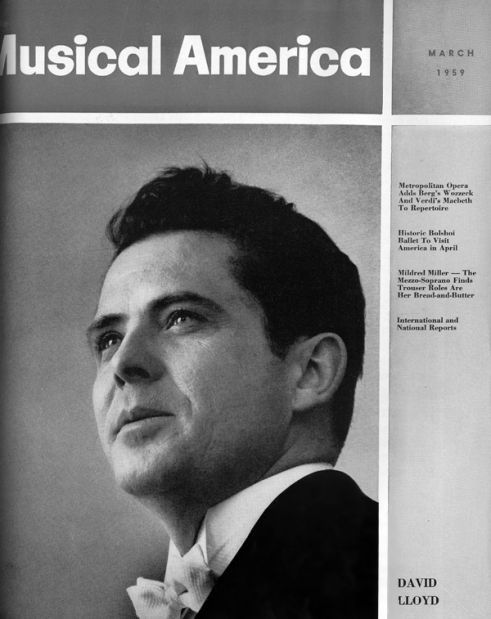 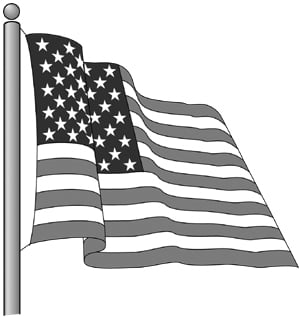 David Lloyd Jenkins was a graduate of Minneapolis College of Music and Curtis Institute of Music. His father, David Jenkins, founded Eclipse Lighting Mfr. in Minneapolis, and his mother, Louise Lupien Jenkins, was an organist for the 1st Church of Christ Scientist, Minneapolis.

Young David was a WWII Naval aviator, and flew with baseball great Ted Williams and actor Robert Stack. A Koussevitzky protege at Tanglewood with Goldovsky, Caldwell and Bernstein, Koussevitzky chose him for the 1948 Beethoven 9th at Tanglewood. He was Benjamin Britten’s choice to play the title role in Albert Herring for the 1949 U.S. premiere. He was a leading tenor with the New York City Opera, 1950 to 1958, 1965 and 1976. His image on the March 1959 Musical America cover was accompanied by the following text:

“Take any season’s schedules of major American musical organizations — symphony orchestras, festivals, opera companies, oratorio societies and recital series — chances are that the name of David Lloyd would turn up as a guest artist more than once. Last season, the young American tenor appeared on three different pairs of concerts with the Chicago Symphony. In additional to his solo recitals, a lengthy tour with the Concert Opera Group in Cosi Fan Tutte, and a session with the New England Opera Theatre in Puccini’s La Rondine, his tour includes performances with the Philadelphia, New York Philharmonic, Pittsburgh, Minneapolis, Cincinnati, and Nashville orchestras, and at the Washington Cathedral in oratorio. For the 1959-60 season, he is booked for appearances with a half dozen major orchestras, and he will tour trans-continentally with the Boston Opera’s production of Offenbach’s Voyage to the Moon. In Europe, he is well known at the festivals in Prades, Athens, Glyndebourne and Edinburgh … a small portion of the list of engagements that could be credited to his name. No less than seven recording labels identify the discs on which he can be heard — RCA Victor, Columbia, Vanguard, Boston, Unicorn, Mercury, and the Book of the Month Club.”

Perhaps his most enduring contribution to opera in America was as general director of the Lake George Opera Festival from 1962 to 1980, where he promoted opera in English and the development of young singer/actors. He started the first Apprentice Artist Program along with his colleague John Crosby in Santa Fe, produced world premiers of American works, and began Contemporary American Opera Studio (CAOS), featuring new American Operas with Lake George artists and composers, while fostering the careers of hundreds of young performers.

Following his retirement from Juilliard, he served as director of William Matheus Sullivan Foundation, continuing his commitment to developing and funding careers of young artists.

He also served on the board of the American Guild of Musical Artists as a lifetime member.

He was predeceased by his wife of 54 years, violinist Maria Lloyd; his son, composer, Timothy Cameron Lloyd; and his brother and sister, William Jenkins and Amara.

He is survived by his wife, Barbara Wilson Lloyd; his son and daughter, David Thomas and Theresa Treadway Lloyd; his grandson, David Van Lloyd; as well as his nieces, nephews and their families.

A memorial service will be planned, TBA. Donations in David Lloyd’s name may be made to AGMA and/or International Essential Tremor Foundation (IETF).

To plant a tree in memory of David Jenkins as a living tribute, please visit Tribute Store.