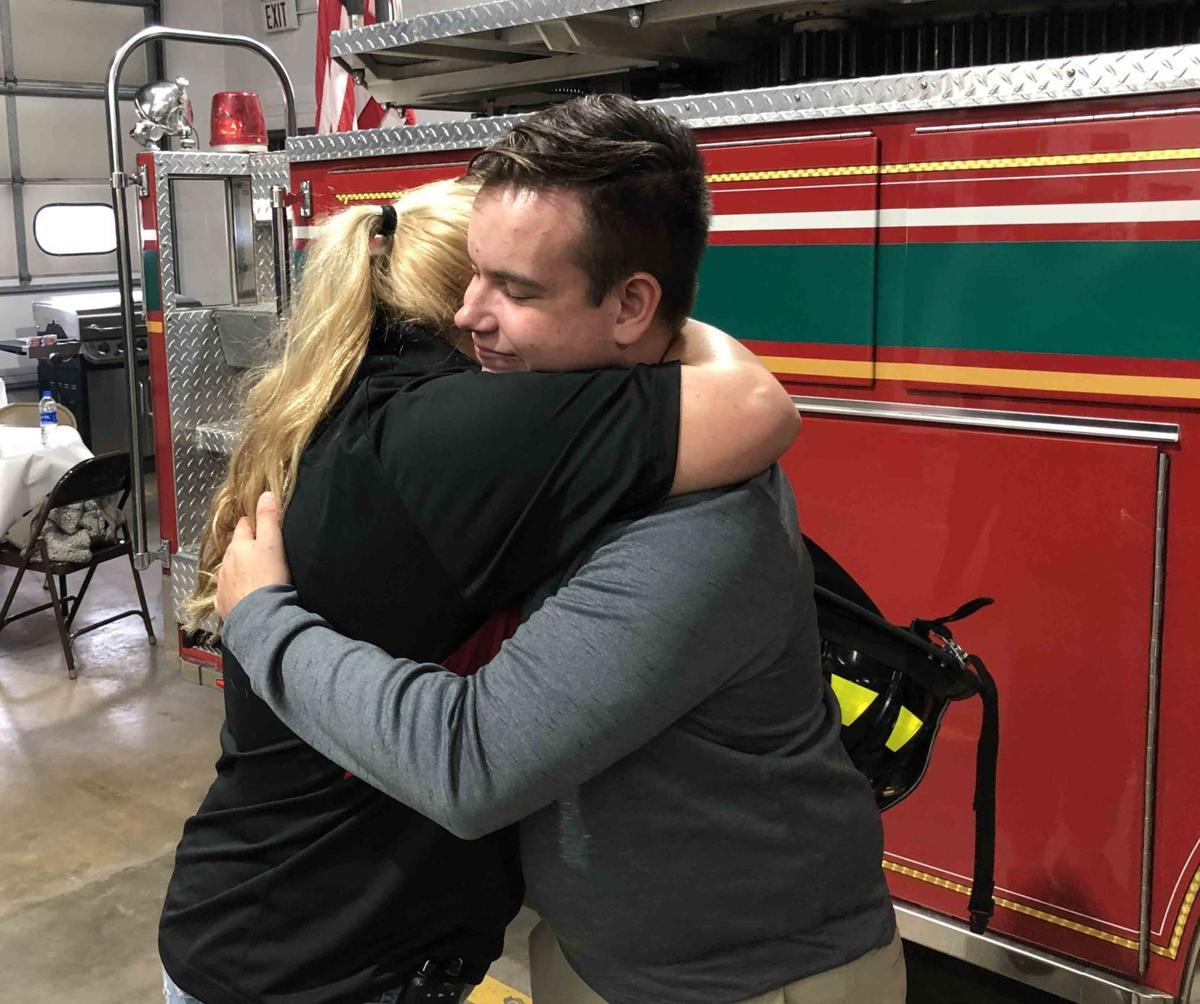 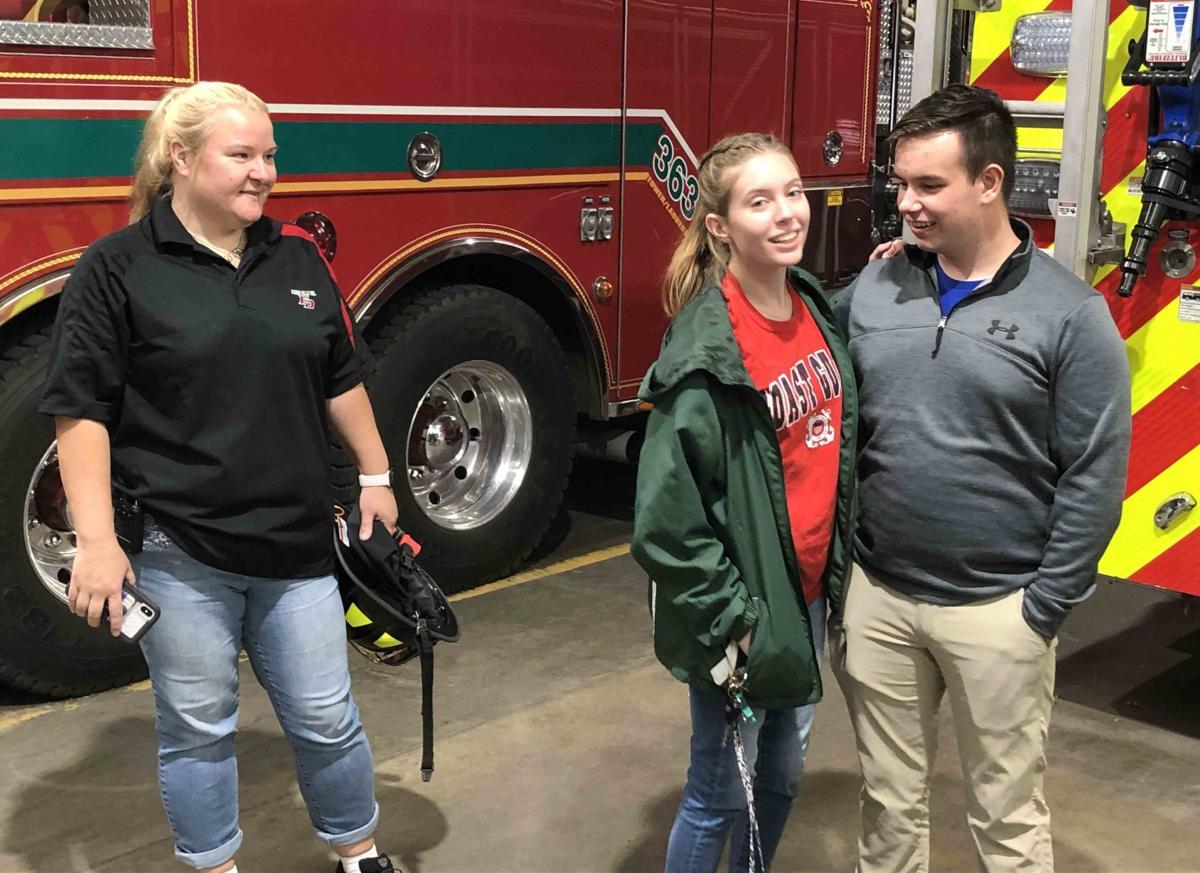 Hudson Falls firefighter Heidi Jennings looks on Monday as Hailey Leach chats with her boyfriend, Dan Hess. Hess, who also is a firefighter, left for the U.S. Coast Guard on Monday.

HUDSON FALLS — Hudson Falls fire vehicles traveled down Main Street at noon Monday in a sendoff for one of their own — Dan Hess, who left for the U.S. Coast Guard.

Hess, a 2020 graduate of Hudson Falls High School, has been a member of the volunteer fire department for about two years and is looking forward to the next chapter of his life.

“It’s kind of been a lifelong dream for me. It all started when I was little. I kind of want to go into maritime law enforcement,” he said.

LaPan said he has been boating since he was little and his family has a boat on Glen Lake.

“I love being on the water,” he said.

Hess said he likes that the Coast Guard is involved in a lot of different activities including rescue missions, drug interdiction and fisheries and wildlife management.

He is heading to an 8 1/2-week boot camp. About halfway through that training, he will find out where he is being deployed.

His mother, Andrea LaPan, had mixed emotions. She is sad to see him leave, but happy to see him take this next step in his life, she said.

“I’m so proud of him,” she said. “This is something he’s wanted to do since he was 4 years old. It’s a dream. He was just born wanting to serve his community.”

LaPan’s father, grandfather and great-grandfather were all members of the fire department.

“He’s really been a member of the fire department since he could probably crawl,” she said.

His father, Richard Hess, was a member of the department for over 10 years.

“He used to come here all the time with me, so I think that sparked his interest in all of the service careers,” he said.

Grandmother Ann LaPan said her grandson is following in the footsteps of the family. His great-grandfather was in Iwo Jima during World War II and his grandfather — her husband — is a disabled Vietnam War veteran.

Fellow firefighter Heidi Jennings said she felt especially proud of Hess because she is a Navy veteran. However, she said she is sad that he is leaving.

He has been an amazing firefighter and recruited others to join the department. He is a valuable member of the team and especially skilled at getting water to the fire scene.

His girlfriend, Hailey Leach, was also on hand for the sendoff.

Assistant Fire Chief Matt Bain said LaPan goes above and beyond his duties.

“He’s done everything he can, plus some,” Bain said. “He comes in on his days out and basically washes trucks, takes care of things here.”

Bain said he is glad that LaPan plans to return to the fire station after his military service.

“We’ll be glad when he comes back,” he said.

Samantha's Cafe closes due to pandemic

After more than 30 years in business, Samantha’s Cafe has closed its doors as a result of the coronavirus pandemic.

Hudson Falls firefighter Heidi Jennings looks on Monday as Hailey Leach chats with her boyfriend, Dan Hess. Hess, who also is a firefighter, left for the U.S. Coast Guard on Monday.