GLENS FALLS — Mayor Dan Hall and Councilwoman-at-Large Jane Reid announced on Monday that they would not seek re-election for a second term in this fall’s election.

Hall, a Democrat, and Reid, a Republican, were part of the “unity ticket” that ran as a team in the 2017 election.

Hall said in a news release that it is time to pursue other things. His wife, Sharon, recently retired and he anticipates spending more time with family, especially his 2-year-old grandson George.

Hall said it has been an honor to serve the people of Glens Falls.

“I’m humbled by the support we’ve received from the Glens Falls community,” Hall said. “We’ve been able to accomplish much and it’s because of the team we’ve had on the Common Council and the community support city government has received.”

Reid agreed that it has been a total team approach.

“We all have different strengths and because of that we’ve complemented each other and been able to move the city forward,” she said in a news release.

Hall, 70, said in a follow-up interview that this is his 13th year in city government.

“I feel like I’ve given a lot of time and it’s time for other people to step up,” he said.

Hall said it has been a difficult year with COVID-19. He is proud that the city has made investments in infrastructure including paving a lot of streets and sewer projects on Maple and Walnut streets.

He wants to see some projects through to fruition in his last year in office, including the Dix Avenue street reconstruction project and moving forward with the Downtown Revitalization Initiative project after the untimely death of former EDC Warren County President Edward Bartholomew.

The city is putting the finishing touches on requests for proposals from developers for The Market at South Street, the year-round farmers market, which is the centerpiece of the project.

He is excited for the new growth in the city including the Broad Street Commons project and the new development downtown.

Hall said he has enjoyed collaborating with citizens and the business community to make the city better.

“It’s great to get the compliments when people come from out of the area and say you’ve got a beautiful downtown and beautiful city. It takes everybody to accomplish that,” he said.

His advice to the next mayor is to “just keep their head down and keeping working” to move the city forward.

Both Hall and Reid said they plan to stay active in the community.

Hall was councilman-at-large for nine years before elected mayor. He served on the Glens Falls Planning Board for four years and served as a supervisor at the county level for two years.

He also sat on the Glens Falls Recreation Commission for four years. He has been active on a number of committees and has been a longtime member of the group that organizes the state boys high school basketball tournament.

Reid said in a follow-up interview that she ran as a team with Hall and said it is appropriate to go out when he does.

“Government works really well if the mayor and the councilperson-at-large are of a like mind and work well as a team. I think it’s important that the next mayor have the ability to try to get a councilperson of their choosing for the seat,” she said.

She said she does not want to run for mayor herself because she has a busy law career.

Reid praised Hall’s leadership in keeping the budget in line while moving the Downtown Revitalization Initiative forward and purchasing new green space with the acquisition of the former Glens Falls Tennis and Swim Club. Monday’s announcement kicks off the new political season.

No one has officially announced a bid for mayor.

Glens Falls 3rd Ward Councilwoman Diana Palmer said in a Facebook post that she plans to seek re-election to another term. She cited her accomplishments in overseeing a redesign of the city’s website and strengthening cybersecurity policies; working to pass legislation regarding vacant properties and increasing building permit fees; helping Glens Falls become a “Tree City” and making the city greener.

Palmer said the city needs some stability at this point, when there will be turnover on the council and in some city departments.

“We will be making our way out of this pandemic and have many ongoing projects,” she said in the post. “This is a time where we need some continuity and someone with a track record of putting in the time and doing the work to get things done.”

Robin Barkenhagen, who ran for state Assembly in 2016 and for councilman-at-large in 2017 as part of the Green Party, said he would seek the Ward 2 seat as a Democrat.

Barkenhagen said he is excited about the opportunity to serve on the council.

“I’m a business owner, homeowner, landlord, city board member and board member of two nonprofits. I believe that I can bring a unique perspective to the issues that we face in the city,” he said in a news release.

Endieveri said he does not plan to run for mayor and will be leaving politics behind after his term is up. He is busy with his restaurants as the region aims to recover from the COVID-19 pandemic.

Endieveri said it is the city’s loss that Hall and Reid are not running again, but said it has been great working with them and they have accomplished a lot for the city including upgrading infrastructure, having a private coalition take over responsibility for the Glens Falls Civic Center, now known as Cool Insuring Arena.

They are both extremely hardworking, according to Endieveri.

“Every time I drive downtown, his car is there. He’s always around. Jane is always there helping him,” he said.

Collins and Clark did not immediately return messages seeking comment about their future political plans.

Here's the Highest Social Security Benefit You Can Collect Today

You may be surprised at how much money Social Security could pay out. 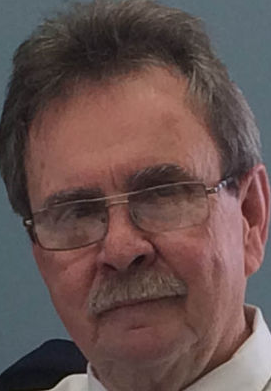 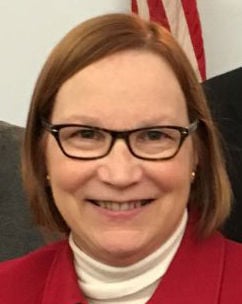