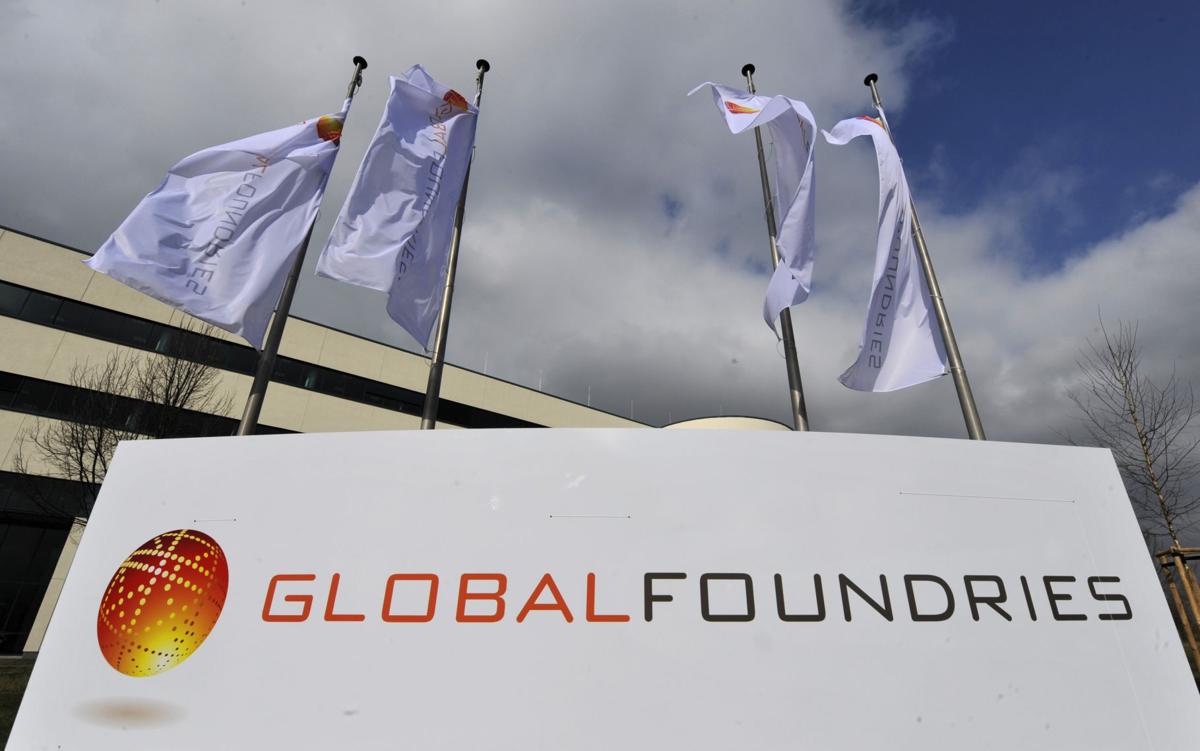 Flags with the sign of Global Foundries flutter in the entrance to the firm in Dresden, Germany in 2009. The semiconductor industry is seeking a $37 billion financial aid package from the federal government in a bid to reduce U.S. dependence on China for computer chip technology. 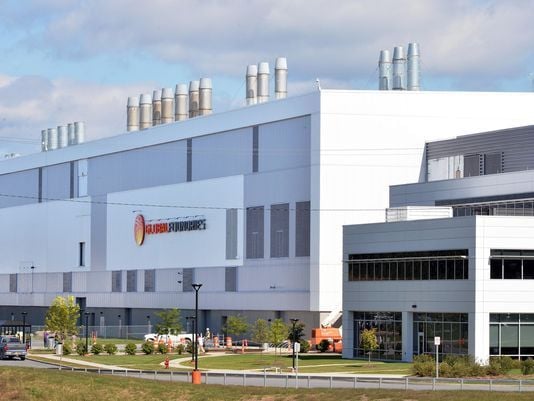 The GlobalFoundries Fab in Malta is seen in 2014. GlobalFoundries and other chip companies are seeking $37 billion in a financial aid package from the federal government in an effort to reduce the nation's dependence on China for computer chip technology.

ALBANY — The semiconductor industry is seeking a $37 billion financial aid package from the federal government in a bid to reduce the United States’ dependence on China for computer chip technology, an idea that has gathered support as the coronavirus pandemic has exposed the dangers of a high-tech trade imbalance with Asia.

The Wall Street Journal was the first to report the proposal, which is being prepared by the Semiconductor Industry Association.

The aid package, which faces an uncertain fate in Congress, could potentially aid GlobalFoundries and other chip companies operating in New York with billions of dollars in block grants that would be available to states to bolster computer chip manufacturing.

New York state has poured billions of dollars of cash grants into its efforts to entice companies like GlobalFoundries and North Carolina-based Cree to build chip factories in the state, a policy that was once decried by other states for being too generous.

But SIA’s proposal, which would include a $5 billion grant that could potentially go to U.S. chip giant Intel to build a new chip factory in partnership with the Defense Department, would appear to validate New York’s policy, which has been aimed at keeping up with the incentives offered by China and other Asian countries.

Andrew Kennedy, CEO of the Center for Economic Growth in Albany, notes that New York state and the Capital Region have been working for more than 20 years on establishing a domestic semiconductor industry — “long before others got into the game.”

Kennedy said that any federal semiconductor manufacturing incentive program should leverage what has already been established in the Capital Region, including established semiconductor research operations at SUNY Polytechnic Institute in Albany and Rensselaer Polytechnic Institute in Troy, as well as shovel-ready manufacturing sites such as the Luther Forest Technology Campus in Malta, where GlobalFoundries is located.

“There are well documented examples of communities trying to replicate the Capital Region model, but that type of an innovation engine cannot just be established overnight,” Kennedy told the Times Union. “If the federal government is serious about re-shoring the semiconductor industry, they will need to tap into the research and development power we have here in the Capital Region.”

New York state provided GlobalFoundries nearly $1.5 billion in cash and tax incentives to build Fab 8, which with an expansion has cost the company $15 billion.

The state is also paying for about half of the cost of a $1 billion chip factory that Cree is building in Oneida County on state-owned land next to SUNY Poly’s campus just outside of Utica.

The Cree project, and other semiconductor and high-tech projects affiliated with SUNY Poly, are overseen by NY CREATES, a state-created non-profit that oversees research and economic development projects at SUNY Poly and across the state. NY CREATES would embrace a new federal push to bolster chip making in the U.S., says Doug Grose, the president of NY CREATES.

“NY CREATES is extremely supportive of the federal government seeking opportunities to invest in U.S. semiconductor innovation and to strengthen the integrated supply chain,” Grose told the Times Union.

It is unclear how competitive New York state companies would be in getting some of the $37 billion federal aid package envisioned by SIA, which would include $15 billion in “block grants” to states.

GlobalFoundries has backed off on its research program at SUNY Poly in recent years as it reduced its spending on developing smaller yet extremely expensive chip architectures that cram more and more transistors onto chips to boost performance.

Intel and other chip makers, however, have continued to shrink their chip designs.

However, GlobalFoundries believes it has an important role to play in the push by the federal government to bolster domestic chip production.

“The U.S. government can best achieve that with smart regulation and the right level of incentives, especially for companies like GlobalFoundries, which is a long-time trusted Department of Defense supplier, serving U.S. national security and defense needs,” GlobalFoundries spokeswoman Erica McGill said.

Instead, GlobalFoundries has sought to take existing chip technology and improve upon it — a move to create “differentiated technologies” that has been much more cost effective for its customers without sacrificing chip capabilities, the company maintains.

“Leading-edge should not only be defined by nanometer scaling,” GlobalFoundries’ McGill said. “As evidenced by our strong financial performance over the last few years, our clients — including aerospace and defense — have embraced these technologies as vital to deliver innovative products.”

U.S. Sen. Charles Schumer recently put his weight behind federal subsidies for GlobalFoundries after it was revealed that the Trump administration had potentially reached a deal with Taiwan Semiconductor Manufacturing Co. to build a new chip factory in Arizona.

“The security risks posed by relying almost exclusively on foreign microelectronics suppliers are too great,” Schumer said in a statement last month.

“We need a robust national strategy to ensure our domestic microelectronics industry, including companies like GlobalFoundries and Cree and other industry leaders that already have a significant U.S. presence, can safely and securely supply our military, intelligence agencies, and other government needs.”

An SIA spokesman said the trade group was not the source of The Wall Street Journal article and declined to comment, saying its incentive proposal was still being developed.

How to decide what kind of business to open

How to decide what kind of business to open

How to curb impulse buys and stick to your budget

How to curb impulse buys and stick to your budget

A new restaurant is coming to the former Outback Steakhouse on Route 9.

A new branch of Adirondack Trust Co. has opened on Main Street, Queensbury.

Flags with the sign of Global Foundries flutter in the entrance to the firm in Dresden, Germany in 2009. The semiconductor industry is seeking a $37 billion financial aid package from the federal government in a bid to reduce U.S. dependence on China for computer chip technology.

The GlobalFoundries Fab in Malta is seen in 2014. GlobalFoundries and other chip companies are seeking $37 billion in a financial aid package from the federal government in an effort to reduce the nation's dependence on China for computer chip technology.