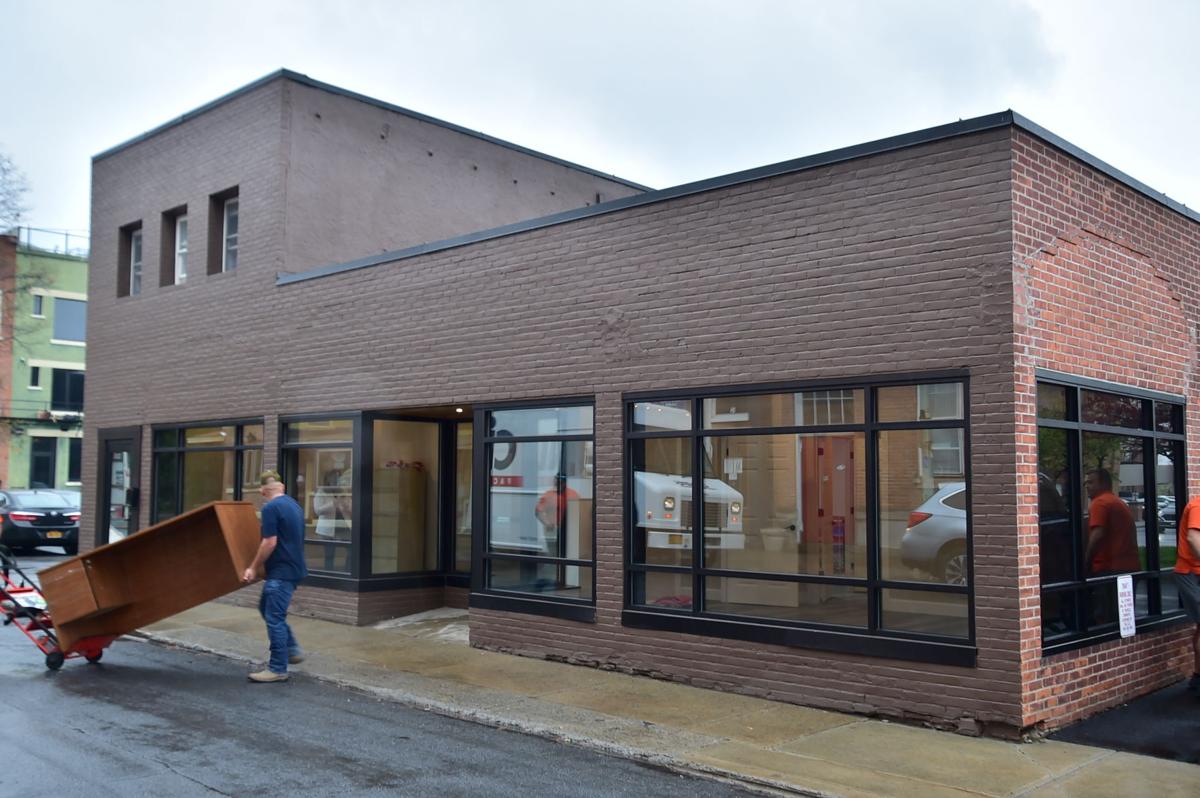 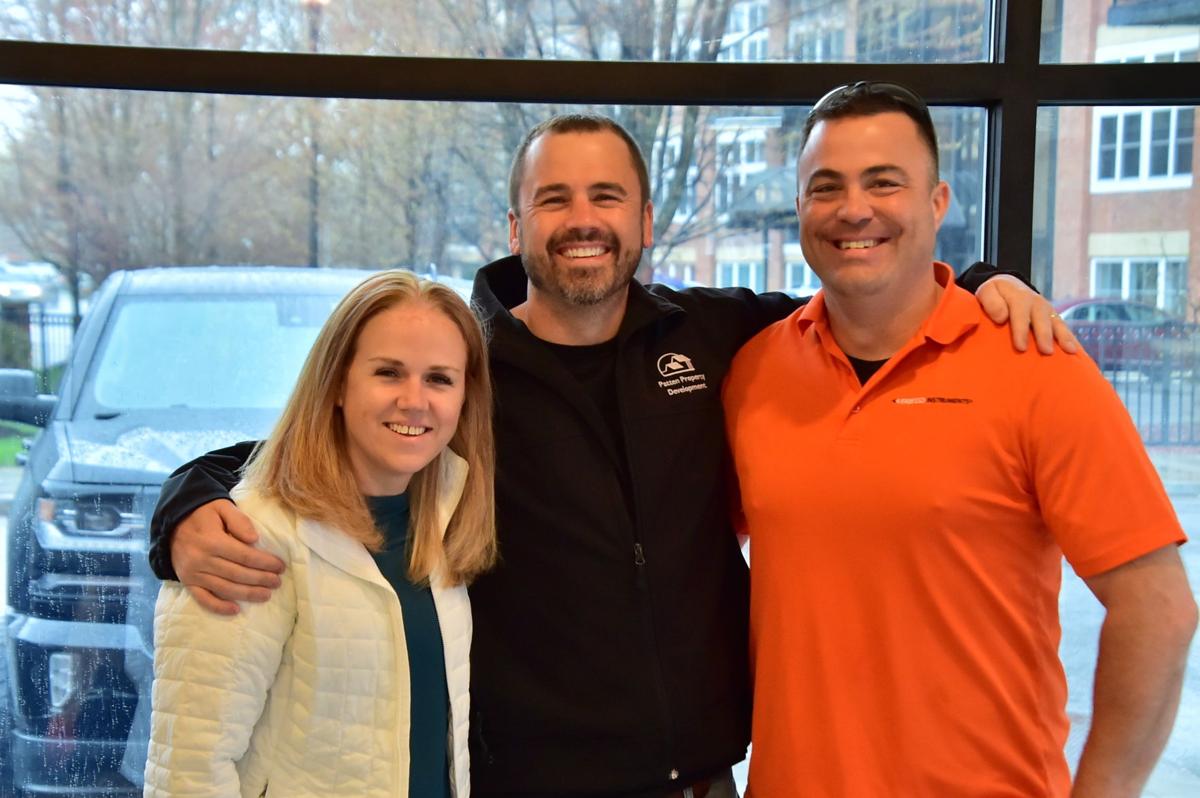 Mike and Megh Howard reached out to developer Chris Patten, center, looking for an office building in downtown Glens Falls to move their business, Erbessd Instruments and Vibro-Lasers.

GLENS FALLS — When Michael Howard began designing and building sensors to monitor industrial equipment out of his South Glens Falls home six years ago, he had hoped his business venture would flourish.

Today, Erbessd Instruments and Vibro-Lasers helps more than 2,000 clients around the world monitor the condition of vital equipment, saving companies — from the likes of Google to the U.S. Navy — millions of dollars in costly repairs and lengthy shutdowns.

“We design, manufacture, develop and sell equipment that diagnoses problems with machines before those problems become very expensive,” Howard said.

Shortly after launching the business, Howard and his wife, Megh, set up shop at the Chase Sports complex in South Glens Falls, before relocating to a small facility in Queensbury a few years later.

On Thursday, the business began moving into its new, permanent home in the old Rock Hill Bakehouse Café at 19 Exchange St. The popular restaurant closed in 2019 and relocated to The Shirt Factory on Lawrence Street.

The 1,900-square-foot facility was acquired by developer Chris Patten that same year. He had plans to continue operating a café out of the aging building alongside his wife after falling in love with the restaurant following a decade of frequent visits.

“When they (Rock Hill Bakehouse) decided to close, I felt it was a necessity for me to come through, pickup and buy the place,” he said.

But the couple quickly learned the restaurant industry wasn’t right for them, and Patten gained Planning Board approval to convert the building into a mixed-use facility, complete with office space and a single-bedroom apartment on the second floor.

Patten — who has restored a number of buildings in the city, including 274 Glen St., and has been attempting to get approval to build an apartment complex at the corner of Glen and Bay streets — poured thousands of dollars into the renovation.

“It took a lot of work to get to where we are. We put a lot of time in,” Patten said.

The Howards are friends with Patten, who built a home for their daughter, and they reached out to him looking for a new office because they like his work.

A few finishing touches are still needed, but the building offers a modern space with large windows in the front and ample office space in the rear, where Howard plans to set up equipment to manufacture circuit boards and provide training on how to use equipment for clients.

The location offers plenty of space for the Erbessd Instruments’ five employees and one intern, and provides room for future growth, Howard said.

He’s hoping to add two more employees in Glens Falls sometime in the near future. The company also has a pair of manufacturing facilities in Mexico and operates a third facility in Florida.

Howard began developing sensors for General Electric in 1994 following a stint in the military. He would later serve as the director of engineering for Commtest Instruments before deciding to venture out on his own after the company was bought out.

His clients now range from paper mills to amusement parks and include the likes of Google and the U.S. Navy.

Glens Falls, Howard said, is the perfect location for his business, and the building’s proximity to downtown will provide a boost for local restaurants because clients often come to town for business meetings and to receive training on the equipment.

“I just see what’s happening in downtown Glens Falls as being a huge revitalization. We were hometown people, we grew up here, so we wanted to be part of that,” he said.

Dumb mistakes you can avoid when investing

McDonald's Teams Up With Biden Admin To Promote COVID Vaccinations

McDonald's Teams Up With Biden Admin To Promote COVID Vaccinations

How you can create a steady income for retirement

How you can create a steady income for retirement

Why you should shop small and support local businesses

Why you should shop small and support local businesses

A new branch of Adirondack Trust Co. has opened on Main Street, Queensbury.

Mike and Megh Howard reached out to developer Chris Patten, center, looking for an office building in downtown Glens Falls to move their business, Erbessd Instruments and Vibro-Lasers.