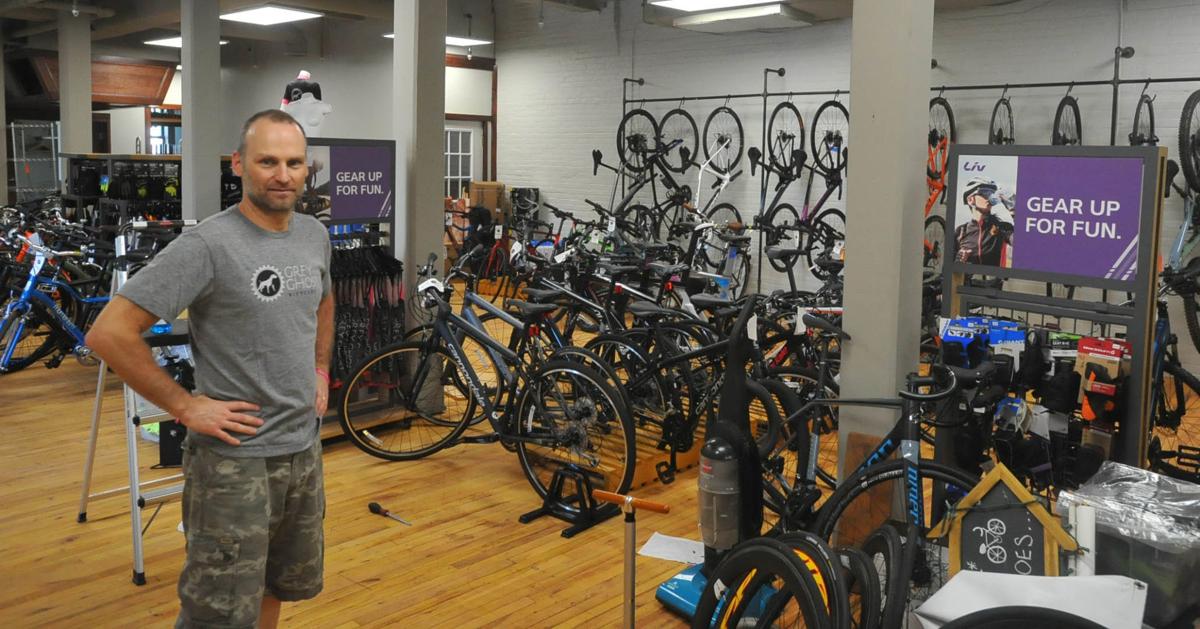 Steve Fairchild, operations manager for Grey Ghost Bicycles, stands in the retail floor area of the new location on Lawrence Street in the former Post-Star advertising building. The bicycle shop opened Tuesday in its new location after moving from downtown. 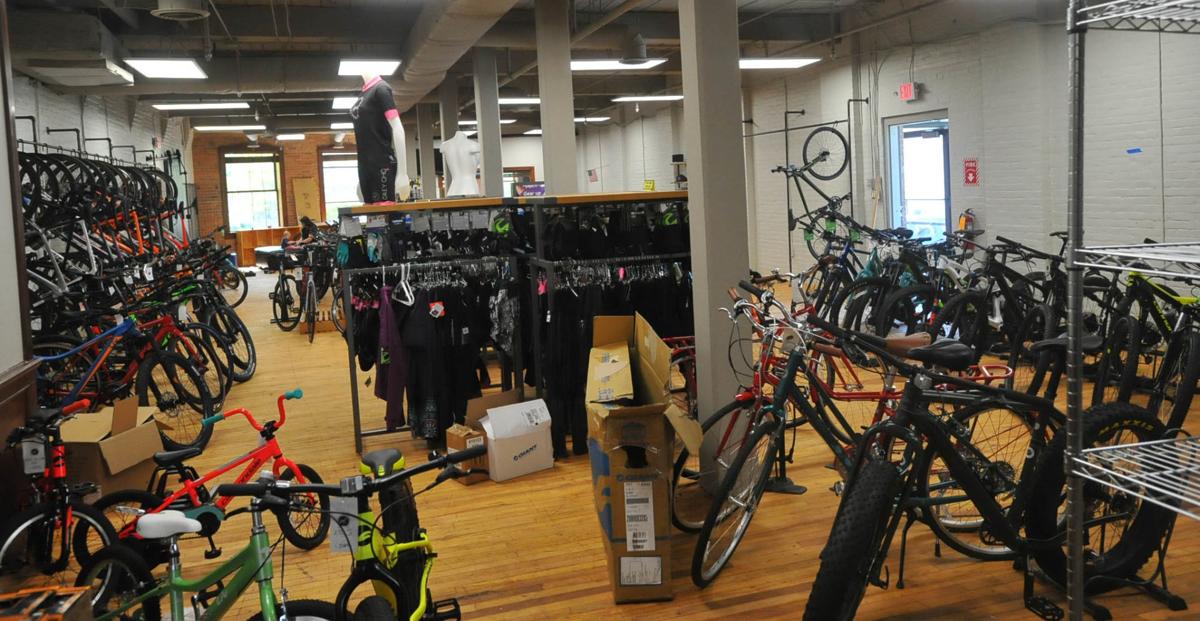 GLENS FALLS — Grey Ghost Bicycles is moving into its new location at 78 Lawrence St. in the former Post-Star advertising building.

Employees were in the store on Monday making some last-minute preparations.

Operations Manager Steve Fairchild, who founded the business, said it is very exciting to be in a convenient location next to the bike path with plenty of parking. Lack of parking was a complaint at the store’s former location downtown at 206 Glen St.

Co-owners Paul and Dan Fronhofer bought the building in March for $520,000 from local businesswoman Elizabeth Miller, who bought it in 2015 from Lee Enterprises, The Post-Star’s corporate parent.

Fairchild said employees are still in the process of working on the layout of the store.

“It will be a bit of a work in progress,” he said.

Grey Ghost Bicycles will be using the basement for bicycle storage and repair work, which will free up space on the main floor.

Fairchild said the store handles everything from children to adult bikes, mountain bikes and road cycles.

“We can do custom bikes as well,” he said.

Fairchild recalled that, when the business started back in October 2012, the first comments he received were, “Why are you opening a bike shop in Glens Falls?” because there were already two.

“I have some different ideas of how to do things,” Fairchild said is how he responded.

One difference is having a designated bicycle fitting area. It’s crucial to find a bike with the right fit, he said.

“If you’re not comfortable and efficient on the bike, you’re probably not going to have a fun time on it,” he said.

The shop will have two entrances — a direct entrance on the side of the current building, and the front entrance, which will also lead in to other businesses.

Grey Ghost Bicycles is occupying just a portion of the space, according to Fairchild. A spin studio is going to be occupying the basement.

Fairchild said he would love the company to serve as a “hub” that attracts other wellness businesses such as physical therapy, a doctor’s office, retail shop or even a café.

The phone number is remaining the same at 518-223-0148. For more information, visit www.greyghostbicycles.com

With new developers and old, Glens Falls is moving up

GLENS FALLS — A new generation of younger developers is reshaping downtown, and they have a largely blank canvas on South Street upon which to work.

Post-Star puts buildings up for sale

GLENS FALLS — The co-owner of Grey Ghost Bicycles has bought The Post-Star’s former advertising building on Lawrence Street for $520,000.

SCHUYLERVILLE — John Ceceri, who has worked in bicycle shops and had a business in Saratoga Springs during the 1990s, has opened a store in Sc…

Cycling Studio on Park named Warrensburg Business of the Year

WARRENSBURG — Cycling Studio on Park has been named the 2019 Business of the Year by the Warrensburg Chamber of Commerce.

More than six months after opening in its new location in Glens Falls, Grey Ghost Bicycles is planning a second store in Saratoga Springs.

Steve Fairchild, operations manager for Grey Ghost Bicycles, stands in the retail floor area of the new location on Lawrence Street in the former Post-Star advertising building. The bicycle shop opened Tuesday in its new location after moving from downtown.