GLENS FALLS — Craft on 9 has a fitting name, since practically all the work, from the tables to the bar rails, was crafted by the business’ owner, Rob Murphy, and his family.

There is also a nod to history in the new restaurant, set to open Wednesday at 5 p.m. on South Street, as many of the items were recycled from the building’s former use as home to Mikado restaurant.

“We wanted to keep it modern-industrial, but also we reused a ton of stuff that was already here,” Murphy said.

Murphy’s family, including father Jeremy and Maria Murphy, did most of the construction of the space, along with the property owner Chris Patten, who is renovating the entire building at the corner of South and Glen streets.

The original flooring is being used as shiplap on the walls. Some original doors were reused as stall doors for the restrooms. The old sprinkler system pipes were up and realigned to serve as foot rails for the bar, door handles and railings for the handicapped stalls in the bathrooms.

The renovation exposed brick that was covered up and also removed a drop ceiling, according to General Manager Bill Dingman.

“We actually took all of that down, sanded it, painted it, put it in a 1-inch air gap between this and the apartments upstairs, so there would be some sound buffering and really some cool unique nooks and crannies,” he said

Craft on 9 started about three years ago on Route 9 in Moreau. Murphy jumped at the chance to have more space. The new location can seat 130 people, with 50 in the bar and 80 in the restaurant. This is double the capacity of the old location.

Dingman said the restaurant has hired seven new employees, which brings the total up to 15.

The bar in the front of the building has a soft seating area and high-top tables, with the feeling of a lounge. A reused barn door from the original building separates this area from the restaurant in the rear, which has a mezzanine with additional seating.

Dingman said the mezzanine is a particularly good vantage point.

“You can see the entire action of the restaurant. Coming in, you can see all the way to the second-floor seating. I really love that,” he said.

There is also an opening, so people can look into the kitchen to see how the food is prepared.

Dingman said the restaurant area could be set aside for a private event, such as a wedding reception or corporate dinner. There is a 125-inch projection screen, complete with a microphone jack and electronic device charging ports.

A personal touch is a Scoville Jewelers sign hanging up in the dining area. Murphy’s great-grandfather started the business.

In keeping with the name, a dozen craft beers will be on tap, and they will be rotated in and out. Dingman has experience as a sommelier and over the next few months, the plan is to double the wine and cocktail offerings from the current eight selections.

Dingman is a restaurant veteran who has worked at Bistro Tallulah, Raul’s Mexican Grill, Morgan & Co. and Forged.

The bar and the dining room will have separate menus, but there will be some crossover.

“We’re eventually going to expand the menu with more volume that we’re going to have up here,” Murphy said.

The restaurant will be open Tuesdays through Saturday at 5 p.m. Bar service will begin at 3 p.m., but not until the company gets its permanent liquor license. It is operating now under a transitional license.

Meanwhile, Patten has completed his building renovations, including the upstairs apartments, some of which have been rented.

Hometown Cigars and Lounge opened last month on the Glen Street side of the building and other commercial tenants are in the works, Dingman said.

Three years ago when he was 27, Rob Murphy opened his restaurant, Craft on 9, in South Glens Falls. The business has grown so much he just reo… 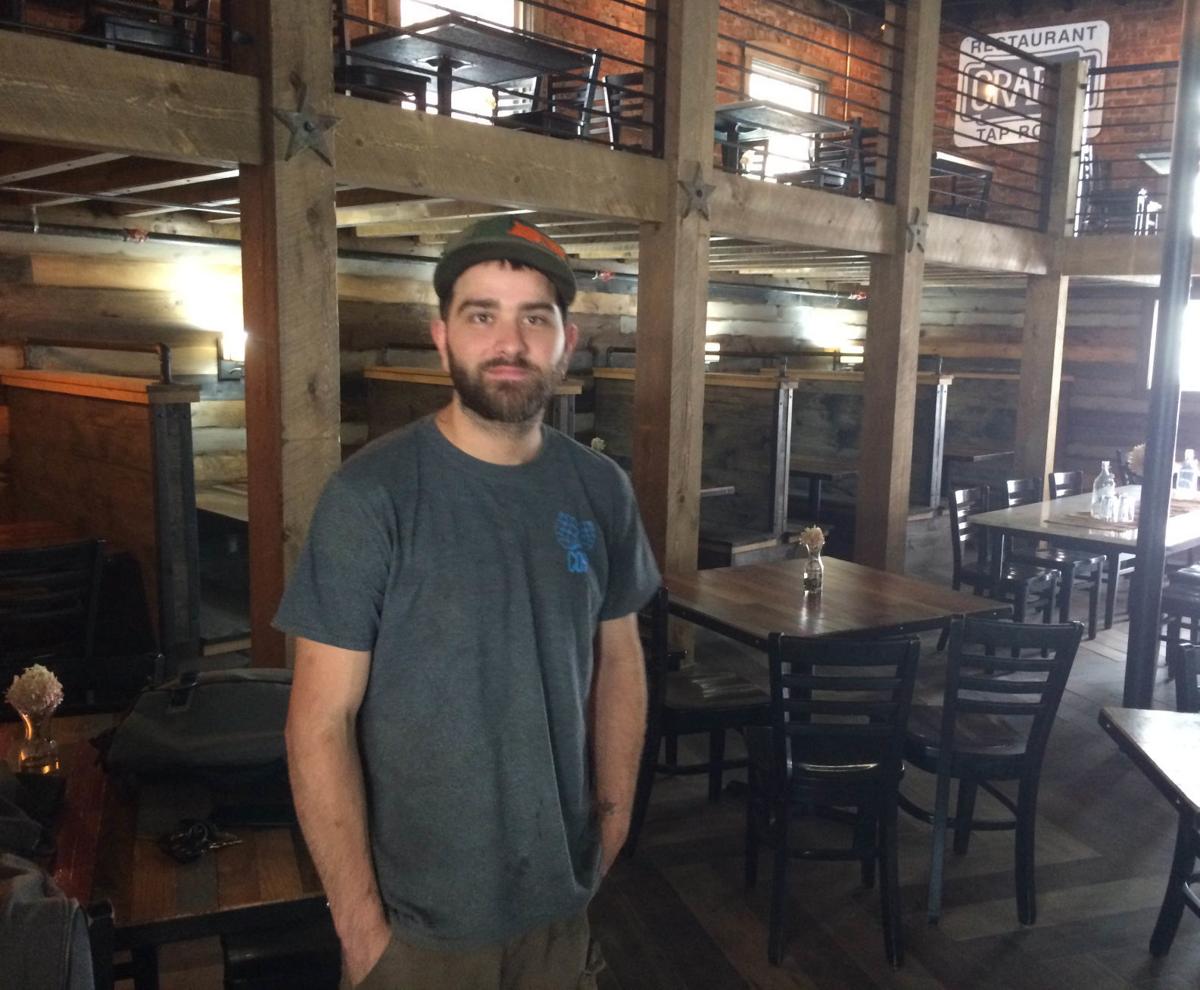 Restaurant owner Rob Murphy stands in Craft on 9, which has relocated from Moreau to the former Mikado building at the corner of Glen and South streets. The restaurant opens Wednesday. 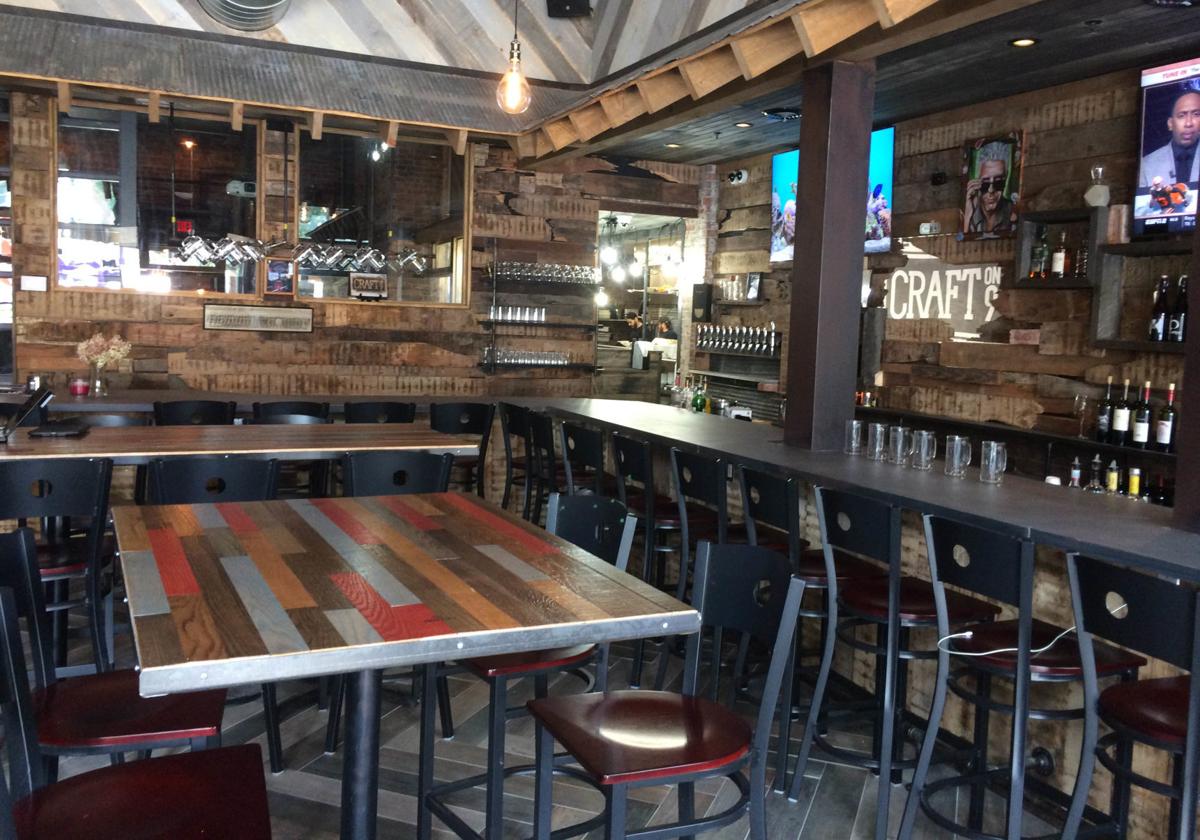 The bar at Craft on 9 in Glens Falls is seen. The business, which was formerly in Moreau, opens Wednesday at the new location on South Street. 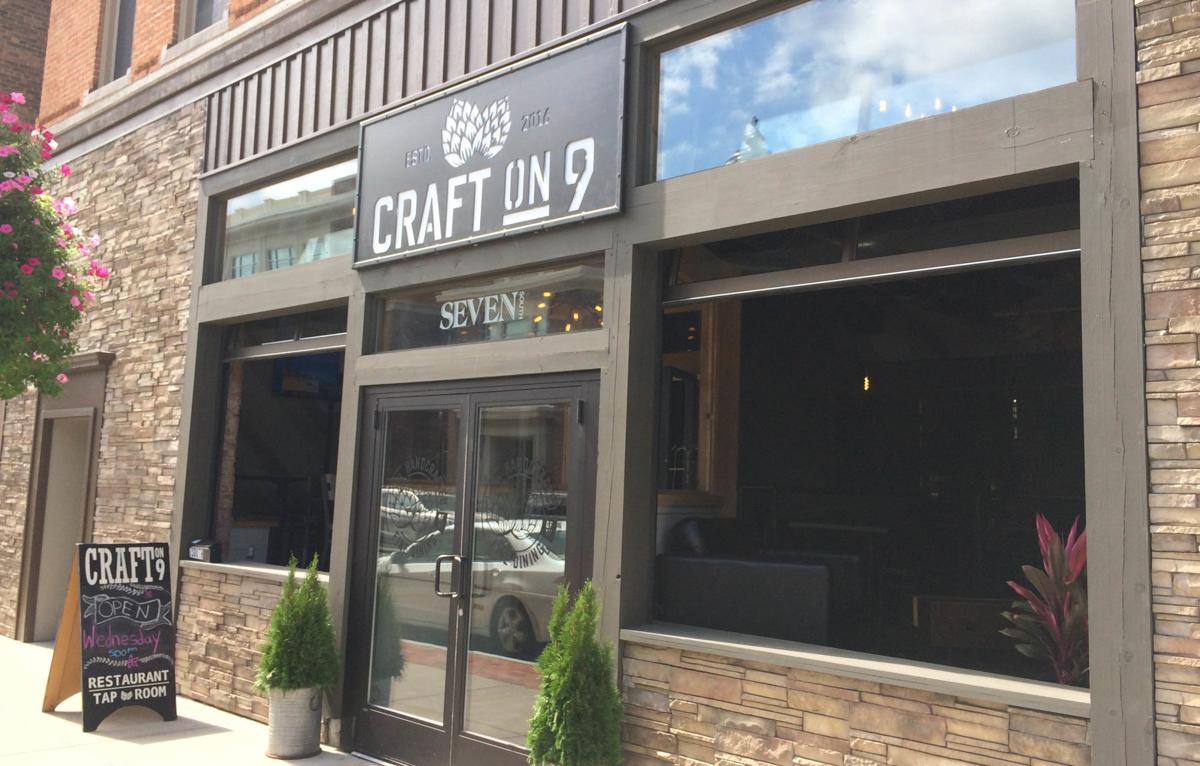 The entrance to Craft on 9 on South Street is seen.

Seen here is the original sign for Scoville Jewelers, which is hanging in the new Craft on 9 restaurant. Owner Rob Murphy's grandparents owned the jewelry store.