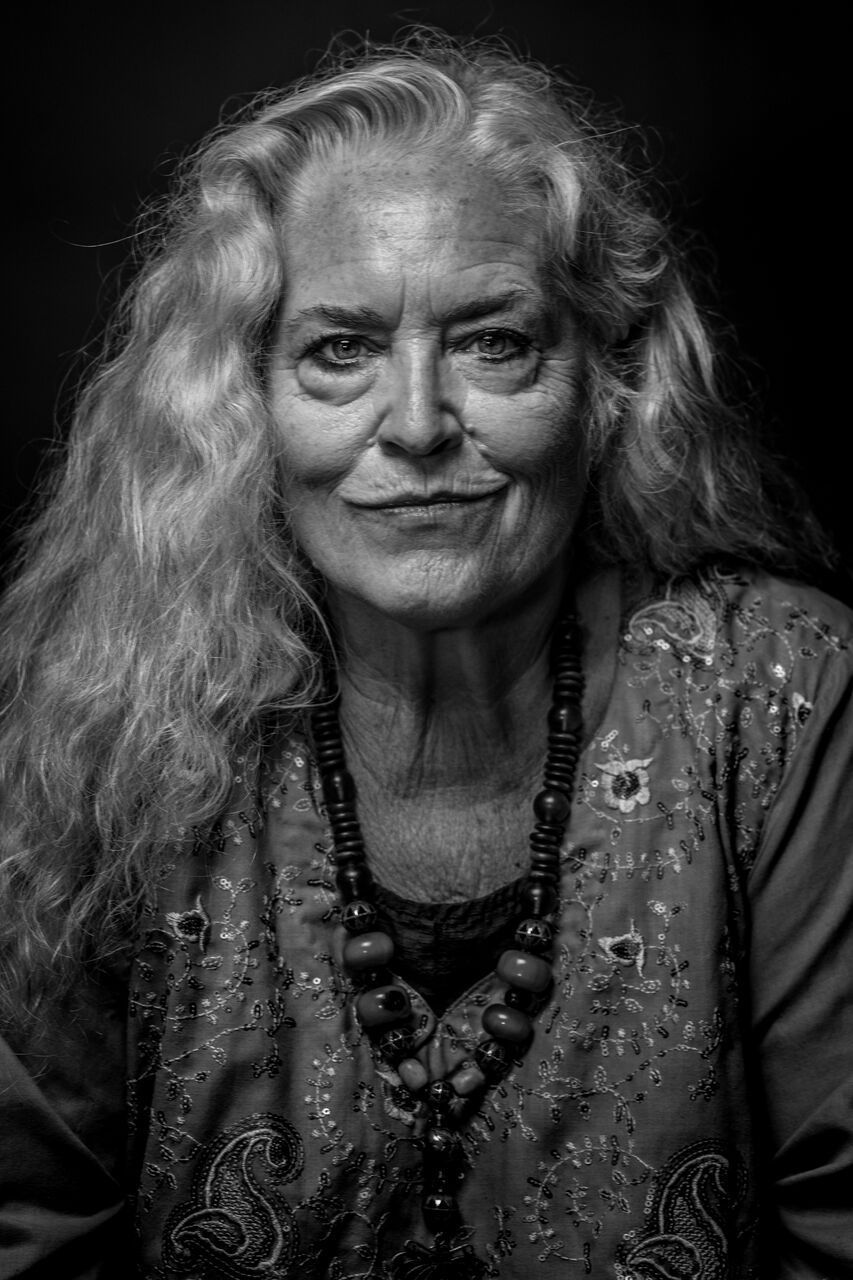 Actress Krisha Fairchild stars in the film ‘Krisha,’ the story of a woman struggling with addiction and the impact it has on her family, directed by her nephew, Trey Edward Schults. She was in Glens Falls for the 2016 Adirondack Film Festival. 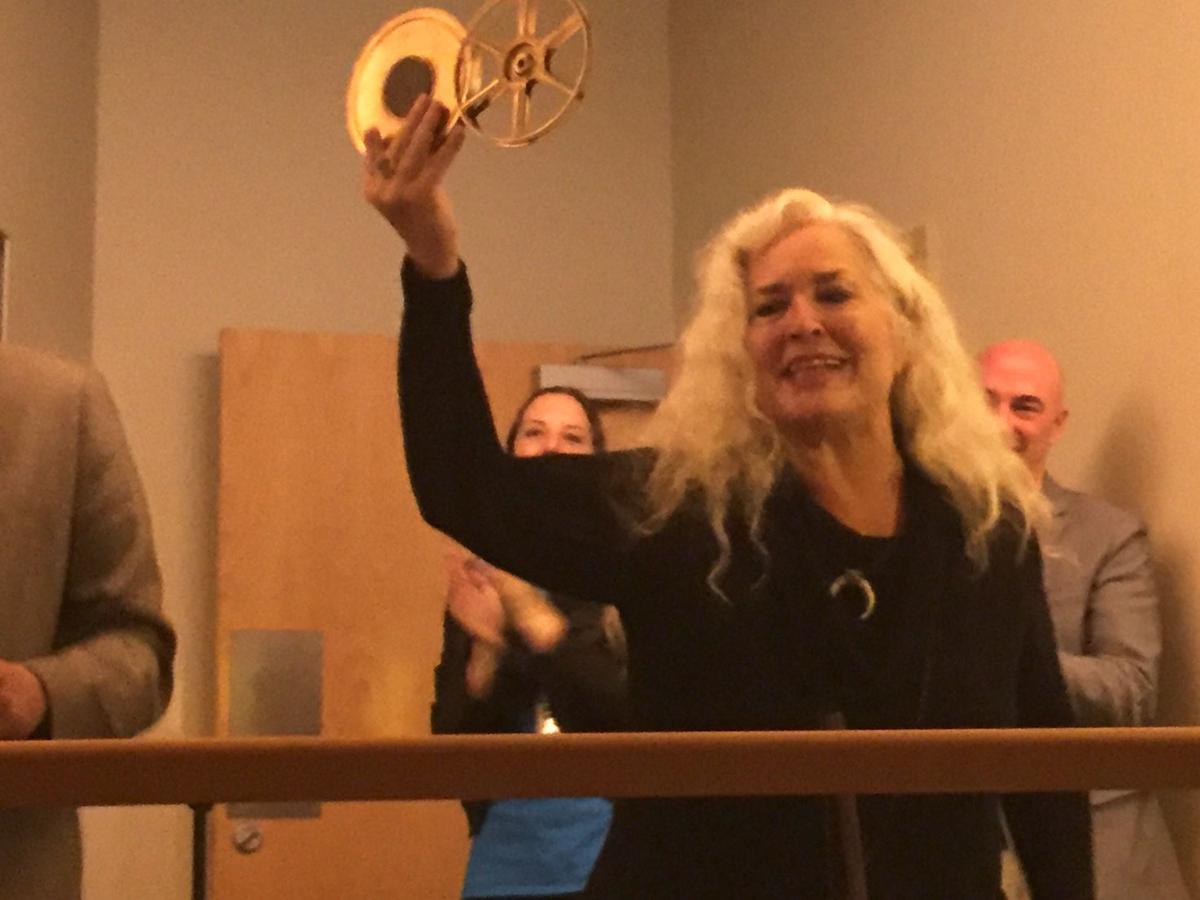 Krisha Fairchild accepts an award in 2016 for best feature at the inaugural Adirondack Film Festival. 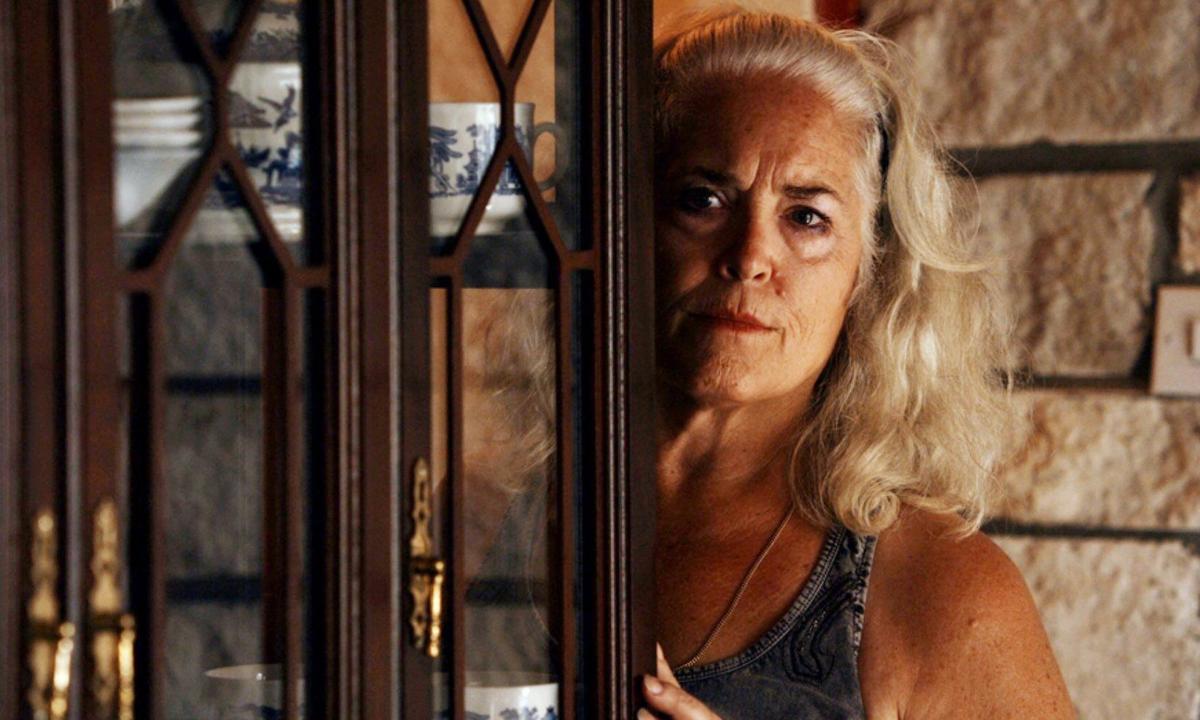 In a scene from the film ‘Krisha,’ Krisha Fairchild watches her son, who does not want to talk to her.

After working on my Sunday feature about the late Jean Rikhoff this week, I thought about her friend Ron Pisano saying she was "the last of the grand dames."

And I thought, yes, he's right.

Regrettably Rik, as all her friends called her, and I never met before her passing last year. But in putting together the story, I was mesmerized by the tales of foreign lands and her long lost mysterious loves.

As I continued to think about the grand women in my own life, I imagined that we each have a vision and definition of what that means, depending on our life filter.

But for me it personifies most of the women on my father's Canadian side of the family. My aunts and great aunts and great great aunts. They were elegant, bawdy, perfumed and always brilliant, wearing their trademark spike heels, red lipstick and fur wraps. These are what I call wonderful wild women.

My aunts — Mabel, Mickey, Helen, Genevieve, Mame, Margaret — could laugh that kind of raucous laugh that drew everyone into it, even if they have no idea what it's about.

I watched, I listened and I learned.

(The thing they never shared though, not everybody loves a wild woman.)

For a long time, I was deeply saddened as these women passed on from my life, never again finding that spirited connection. That is, until I met the stunningly captivating Krisha Fairchild three years ago.

We met at the Queensbury Hotel during the first Adirondack Film Festival. As she came toward me, I felt it, I saw it, I knew it and I understood it; that palpable, powerful, flamboyant spirit, haughty laugh and wild hair.

It felt the way Cantadora storyteller and Jungian analyst Clarissa Pinkola Estes describes it in her book, "Women Who Run With the Wolves."

And even though I was interviewing her for a story about her award-winning film, "Krisha," in that together space, I probed, she freely shared, and we laughed together in a way I knew.

She is for me the — Mahalo nui loa, mahina — Hawaiian chant that starts her days.

Before Krisha left Glens Falls, film festival audiences selected her performance in "Krisha" as an audience favorite. And that same year, the New York Times named her as having one of the "year's most captivating performances" along side other immensely talented greats such as Natalie Portman, Denzel Washington, Viola Davis, Emma Stone, and Kristen Stewart to name a few.

From my view on life, Krisha, Jean Rikhoff and all my aunts have what I call duende, that charismatic pull that comes from a deep inner knowing, a soul freedom. They are in the most respectful way, fabulous wild women.

"The old one, the One Who Knows, is within us. She thrives in the deepest soul-psyche of women, the ancient and vital wild Self. Her home is that place in time where the spirit of women and the spirit of wolf meet- the place where the mind and instincts mingle, where a woman’s deep life funds her mundane life. It is the point where the I and the Thou kiss, the place where, in all spirit, women run with the wolves.”  — Clarissa Pinkola Estes, Women Who Run With the Wolves

The haunting eyes of Krisha Fairchild

GLENS FALLS — Kissed by Hawaiian chants at sunrise, Krisha Fairchild has tapped into her blessing later in life. And to meet her is to meet li…

Actress Krisha Fairchild stars in the film ‘Krisha,’ the story of a woman struggling with addiction and the impact it has on her family, directed by her nephew, Trey Edward Schults. She was in Glens Falls for the 2016 Adirondack Film Festival.

Krisha Fairchild accepts an award in 2016 for best feature at the inaugural Adirondack Film Festival.

In a scene from the film ‘Krisha,’ Krisha Fairchild watches her son, who does not want to talk to her.