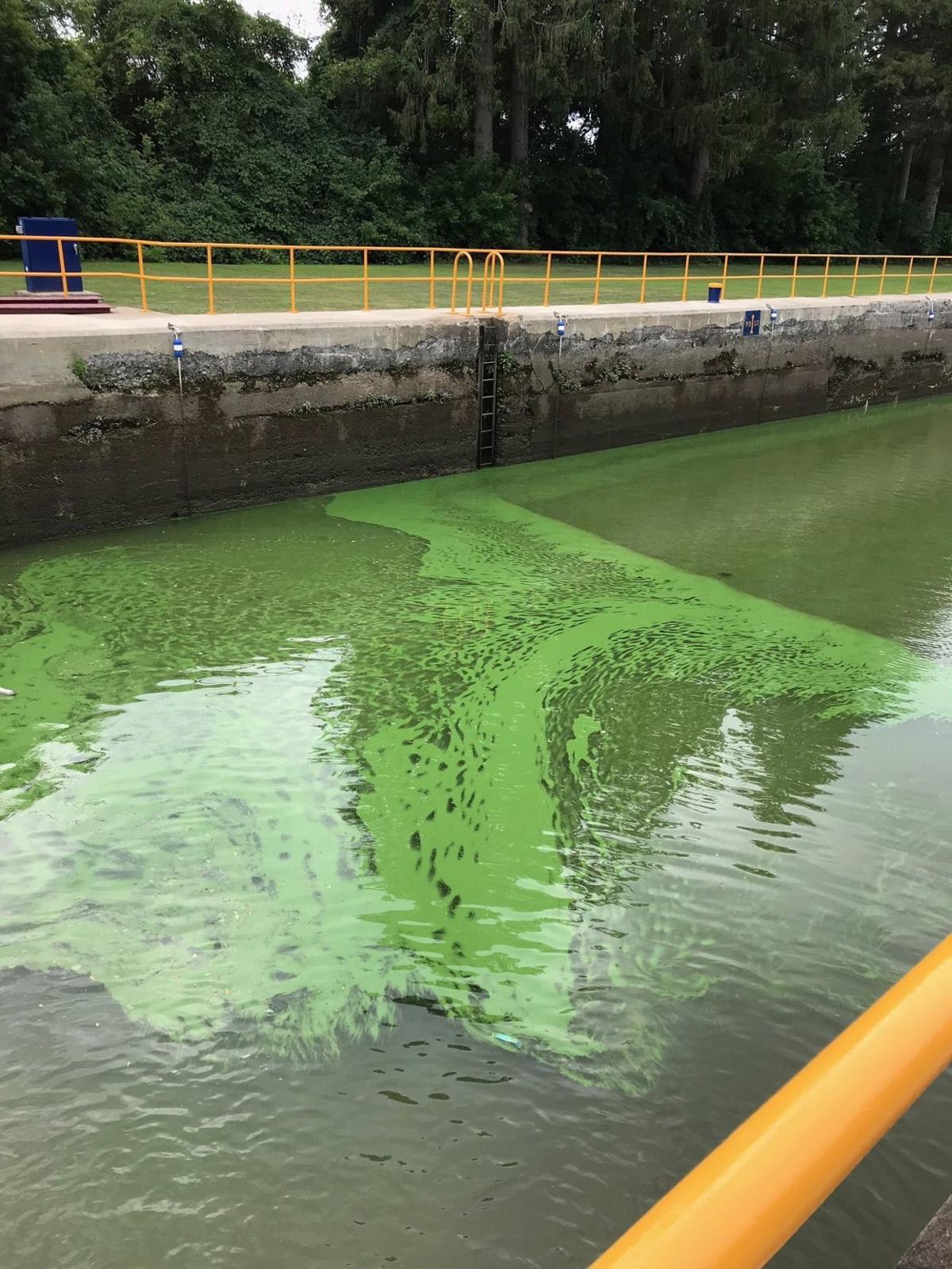 A suspicious harmful algal bloom is seen on the Champlain Canal on Aug. 7 in Fort Edward. 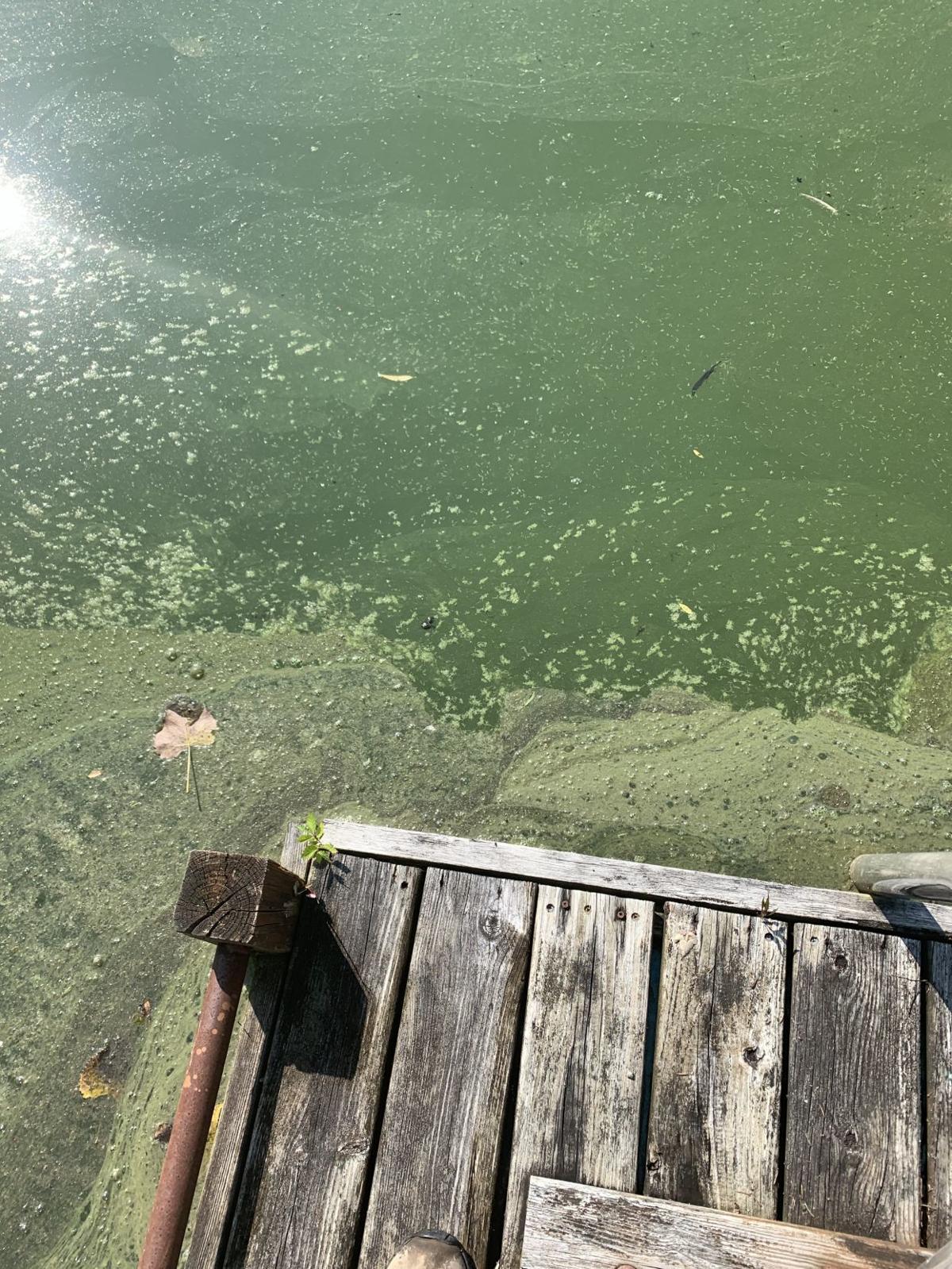 A suspicious harmful algal bloom is seen on Dead Lake on Aug. 2 in Jackson.

Two suspicious harmful algal blooms have been documented in Washington County this month, according to the state Department of Environmental Conservation's notifications map.

Dead Lake in Jackson was reported to have one on Aug. 2, and images are attached to the report.

On Aug. 7 a report was sent in of a bloom on the Champlain Canal in Fort Edward. A photo is attached of that, too.

Harmful algal blooms are actually called cyanobacteria. There are many different species of cyanobacteria, and some produce toxins.

The state encourages the public to learn what cyanobacteria looks like, and to stay out of the water when it looks suspicious. People should also keep their pets out of the water.

If you think you've seen a bloom, report it to the DEC at HABsInfo@decy.ny.gov. Health symptoms should be reported to the Department of Health at harmfulalgae@health.ny.gov.

To learn more and view the interactive map showing the latest suspicious and confirmed blooms, go to dec.ny.gov/chemical/83310.html

Friends Lake in Chestertown may have the first harmful algal bloom in Warren County this season, according to a notifications map from the sta…

MOREAU — Moreau Lake State Park’s beach is closed to swimming as of Tuesday due to a harmful algal bloom, the state Parks, Recreation and Hist…

The Environmental Working Group released a report Wednesday that found hundreds of lakes across the U.S. — including some in the Adirondacks —…

The Silver Bay YMCA has a new $3.5 million wastewater treatment system, replacing an over 70-year-old plant that was on its last legs.

MOREAU — State officials are investigating a suspicious harmful algal bloom that cropped up Friday on Moreau Lake, but the bloom has not affec…

Blog: Connecticut connections in the Adirondacks

My best friend since Kindergarten got married on Aug. 10, and in the hustle and bustle of getting ready for her wedding, I found out her dad w…

My ice skates are 12 years old. They show their age with the off-white color, the peeling leather around the heels, and inside, the worn linin…

Monarch butterflies and hummingbirds are on the move, and you can track their migrations through an interactive online map.

I'm a little late to report this because I was on vacation, but the state Department of Environmental Conservation reported two confirmed toxi…

A suspicious harmful algal bloom is seen on the Champlain Canal on Aug. 7 in Fort Edward.

A suspicious harmful algal bloom is seen on Dead Lake on Aug. 2 in Jackson.