The views from inside Crandall Public Library out to City Park and surrounding streets are not talked about much anymore, but they were part of the discussion in 2005 and 2006 when details of the library’s design for expansion were put before the public. The incorporation of vast amounts of glass into the new portions of the building was mentioned frequently as one of the many positive features of the construction to come in 2007 and 2008.

No doubt, the larger library could have been designed to maximize every inch of space, with shelving going where new windows eventually went or blocking parts of existing windows. Instead, when Crandall expanded, a robust amount of glass was added to invite the light and allow the larger library to push into the park in a positive way.

On a recent Friday morning, during the library’s soft reopening week of its main two floors, there were indicators that everything was not quite “back.” There was no push to be hasty or anything — I browsed for maybe 20 minutes upstairs — but there was also no invitation to do much beyond retrieving and leaving. “Lingering” is not allowed in the library due to the pandemic, and a 50-person occupancy rule is in place. Visitors are welcomed and quietly counted at the door, but the library's website does encourage them to "browse," so I did.

The new all-glass study rooms upstairs in the biography and travel books area seem designed to keep the natural light flowing from windows to interior shelves, in keeping with other parts of the library, and those gleaming new rooms are intriguingly named after “Star Trek” characters. But they are not open yet, nor is the established reading area with big tables below that room, the one with a panoramic view of City Park facing Ridge and Maple streets. There is no seating available for studying or daydreaming, no new art collection hanging upstairs for a quick culture injection, and the computer stations are mostly dark and covered (the library is making internet access available on a few computers). The library, along with other local cultural institutions, will continue to open up in the months ahead as guidelines allow.

I snagged a new book on impulse at the Glen Street level, looked over the large format books and the recommended books facing out from the nearby walls, and focused on the passing cars outside on Glen Street. After going upstairs to easily locate a book I have taken out many times but never finished, I walked back down, checked out my books and hastened toward the stairs to the Glen Street entrance. But I detoured to the windows on the north side, and I lingered, yes, in the spot where club chairs once were. It was just after 9 a.m. and the sun was hitting much of the park, but the windows were still in shadow.

To have your local library smack dab in the middle of downtown and connected to a city park is a bit of good fortune that not many communities can claim. I was not thinking about that on that Friday morning, but I did later. I have missed the library, this “third place” to be. It never totally went away, of course, with patrons having remote access to digital music, e-books and e-audiobooks, streaming films, the full Consumer Reports website and much more, plus curbside pickup and, later, the one-room “pop-up” library.

But the trip from the Glen Street ground floor entrance all the way to the far shelves on the east wall of the top floor, the ones with the books about ocean cruises (maybe again, one day), was a welcome walk, a solace, a distraction and a destination. Welcome back, Crandall library, though you were never far away.

To help support all the local reporting in The Post-Star and on poststar.com, please consider a digital subscription. For the month of April, there is discounted pricing through an Editor’s Offer for new subscribers.

A four-member family's four-wheel-drive adventure in a Jeep. 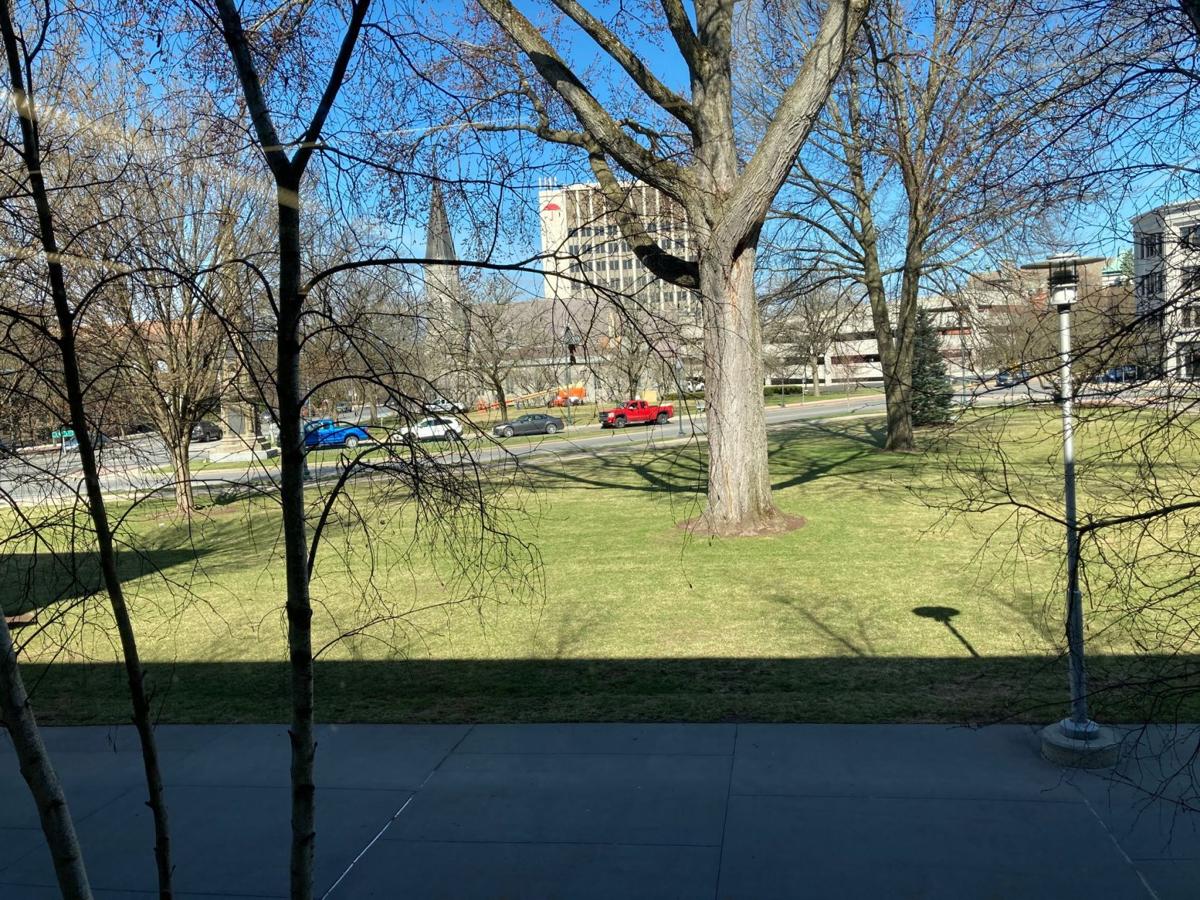 Looking out on part of Glens Falls City Park on April 9 from inside Crandall Public Library. 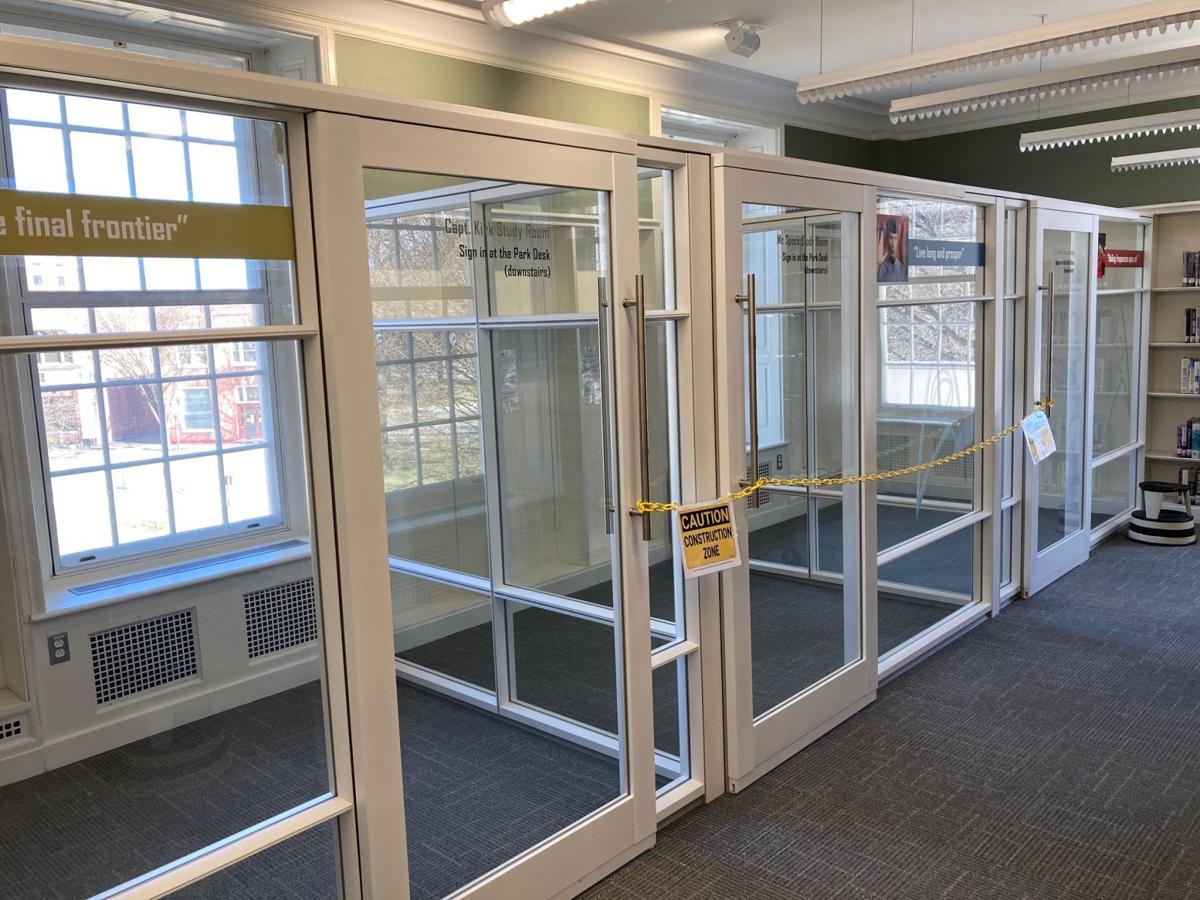 New glassed-in study areas at Crandall Public Library do not block window light from interior sections of the room. 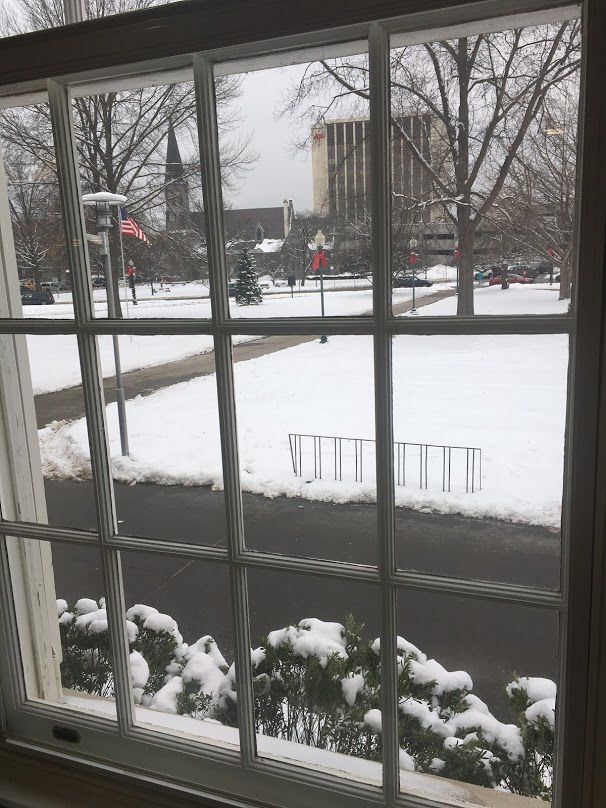 Looking out on Glens Falls City Park in 2017 from inside Crandall Public Library.