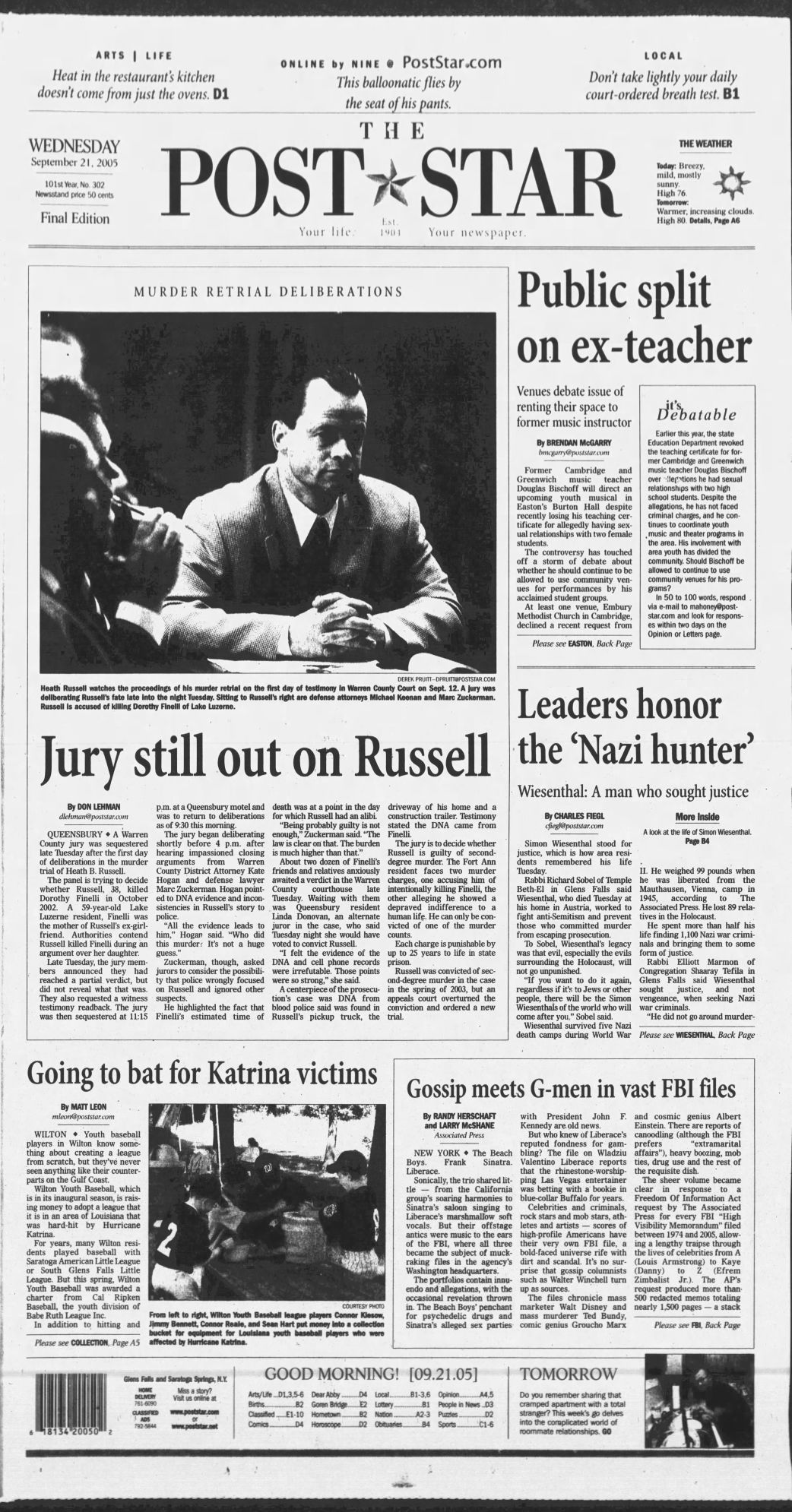 A murder, a trial, an appeal, a retrial and now an investigative TV episode.

The local murder of a Lake Luzerne woman reached a national audience on Monday night with the Betrayed episode titled "Unholy Alliances" on Investigation Discovery.

The episode is available online at https://www.investigationdiscovery.com/tv-shows/betrayed/full-episodes/unholy-alliances with a television subscription.

The murder of Dorothy "Dot" Finelli, 59, was traced to her daughter's ex-boyfriend Heath B. Russell who had a confrontation with her at her home over a failed relationship.

Warren County sheriff's officers with the aid of search dogs found Finelli's body in about 10 feet into the pond with a large rock on her back.

According to Post-Star archives, an autopsy determined Finelli was beaten and strangled to death.

Russell maintained he didn't do it, but a Warren County jury convicted the 36-year-old Fort Ann resident of second-degree murder.

The trial focused on DNA evidence and blood found in the parking lot and in his pickup.

A retrial was held in 2005 with the same outcome after the Appellate Division of state Supreme Court said the handling of a potential juror during the trial may have been prejudicial and should result in a new trial.

Russell gets 25 years to life

Russell gets 25 to life

Cause of death is being withheld

Authorities revealed Monday that the prime suspect in the death of Dorothy "Dottie" Finelli is her daughter's ex-boyfriend, a man police arres…

Heath B. Russell trial likely to be a nasty one